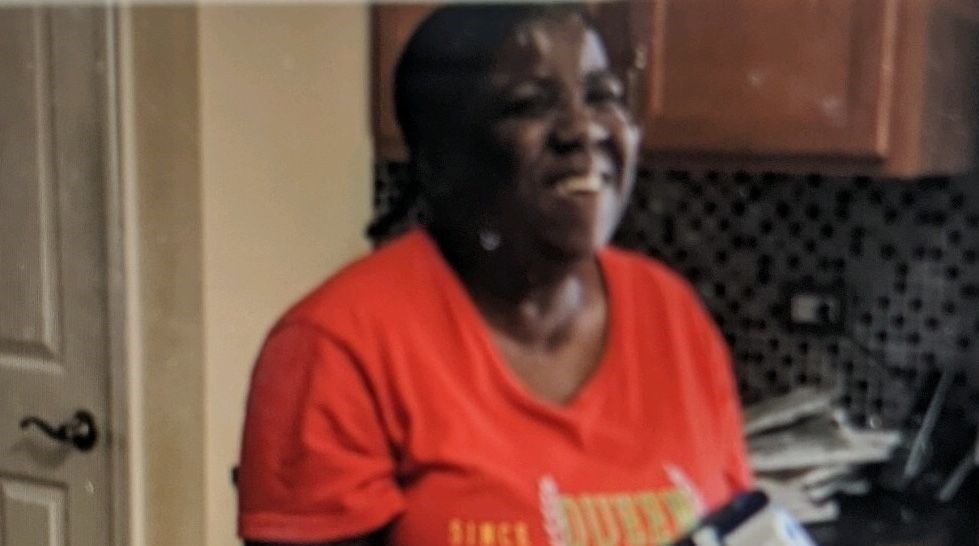 The missing Dushawna Glover, 49, is described as an African American woman who is about 5 feet-4 inches-tall and weighs about 180 pounds. 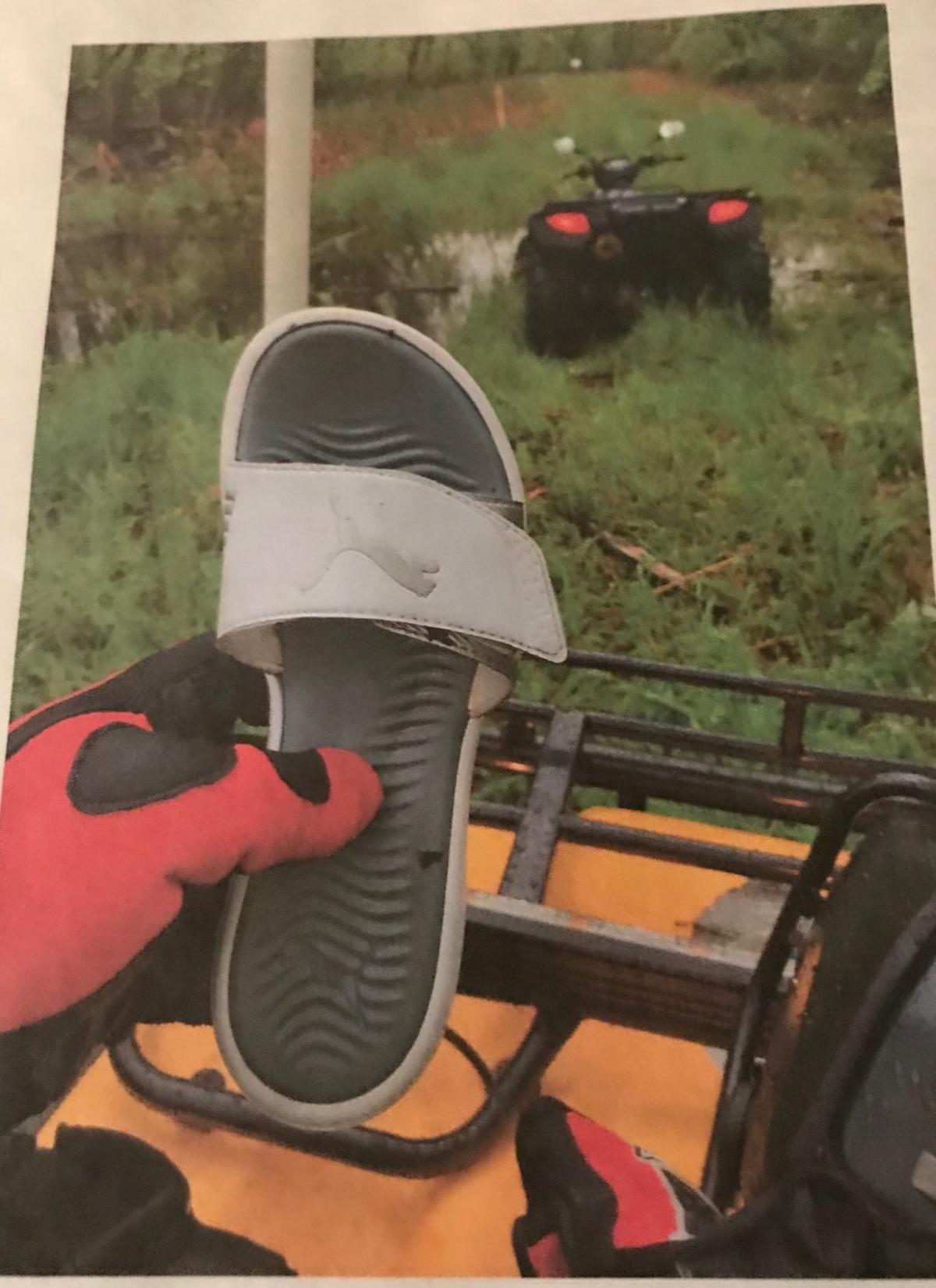 Police recovered the shoe of Dushawna Glover, a Griffith resident who was last seen on May 16.

GRIFFITH —  Authorities have canceled the silver alert for a missing woman with mental disabilities who was last seen in May 2020 as the investigation continues into her disappearance.

On Tuesday the silver alert for Dushawna Glover was canceled as Griffith police moved to the next stage of the investigation. Griffith police said they have exhausted all search efforts to locate the missing woman, which in turn caused authorities to cancel the alert. However, Glover will remain in the national missing persons database.

A Silver Alert was issued in mid-May for Glover, who is described as a 5-foot-4, 49-year-old African American woman who weighs 180 pounds. She was last seen wearing a blue-and-white camouflage sweatshirt over a pink T-shirt, blue jeans, black socks and white Puma open-toe sandals.

Glover, who has the mental capacity of a 7-year-old, was last seen walking away from her group home at 35th and Cline avenues in Griffith just before 6 a.m. May 16, according to the Griffith Police Department. At that time, she had recently moved into the assisted living home in Griffith managed by Tradewinds.

Police hope this public announcement about her case will get the word out again to the public and may open the investigation to other resources.

Previous searches were concentrated in a marshy area north of an industrial park that spans several blocks east of Cline Avenue, north and south of the Little Calumet River, Griffith police said.

Not long after she went missing, police obtained security footage that showed Glover by Bill's Produce near her home and a Griffith officer on an all-terrain vehicle was able to locate one of her shoes in a swampy area nearby.

However, weather and water conditions hindered the search, causing ground-level searches to be impossible for days, police said.

At the time, the Lake County Aviation Unit helicopter and the Hammond Police Department drone unit scanned the area from the sky for traces of Glover.

In addition, the Indiana Department of Natural Resources assisted with a boat and an ATV, and Canadian National Railroad police also aided Griffith police in the search.

Illiana Search and Rescue and Northwest Indiana K-9 Search and Recovery also used dogs to try and locate Glover but nothing had turned up.

In one of the community-led searches, more than 20 people gathered at the Pilot Travel Center on Burr Street in Gary's Black Oak neighborhood to look for Dushawna Glover. Loved ones have since continued search efforts and putting up fliers.

Most recently in mid-January, Griffith officers took advantage of the decreased foliage and frozen water to search again but no evidence or leads were found.

Griffith police said Glover's case will never be closed until investigators are able to conclude a definite outcome to her disappearance.

"We're doing our best keeping hope and faith that she's out there somewhere," her niece, Vetrice Seals, previously told The Times. "This has been very hard on the family. We don't have any closure. It's hard for us to move on with our daily lives when a loved one is out there. It's unsettling and confusing."

"I don't believe she knew where she was going," Seals said. "There was a lot of rain that week. We don't know if she fell or hurt herself. We don't know what happened."

Glover, who walks with a limp, is on medication and requires attention for different medical issues.

Over the summer, family members went door-to-door and passing out missing person fliers in the Park West apartment complex and other areas across the Steel City. They got a few tips from people who may have seen her, including from a man who thought he saw a woman matching her description getting into a red pickup truck at 24th Ave and Burr Street sometime in the past few days. Seals said the family doesn't know how good the leads are but turned them over to detectives to pursue further.

"If someone does see her, please call 911 or the Griffith Police Department while keeping an eye on her," Seals said. "Our family is devastated about this. We'll do whatever it takes. We hired a private investigator and are doing everything possible to find her whether she's alive or — I hate to say it — not alive."

Thousands of Jewish worshippers flock to the Western Wall for Sukkot

Thousands of Jewish worshippers flock to the Western Wall for Sukkot

The driver, a 19-year-old man from Goodland, was traveling on U.S. 41 outside Kentland when his car became disabled, leading to another driver rear-ending him. The man's car burst into flames on impact, police said.

The missing Dushawna Glover, 49, is described as an African American woman who is about 5 feet-4 inches-tall and weighs about 180 pounds.

Police recovered the shoe of Dushawna Glover, a Griffith resident who was last seen on May 16.