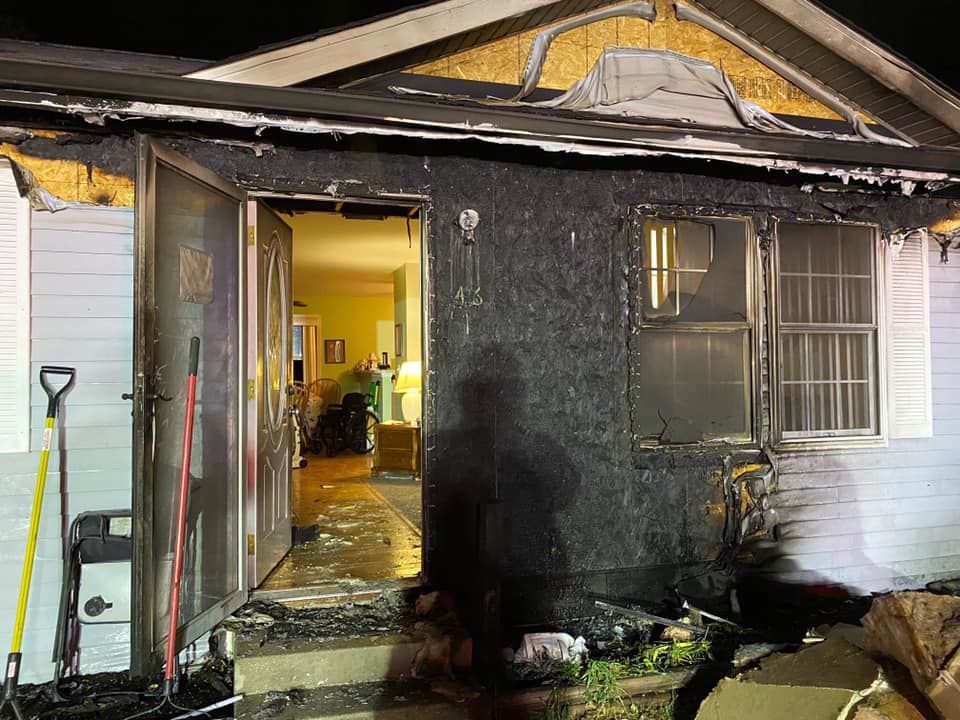 A house in the 400 block of West Indiana Avenue was damaged by fire early Thursday morning in Chesterton. 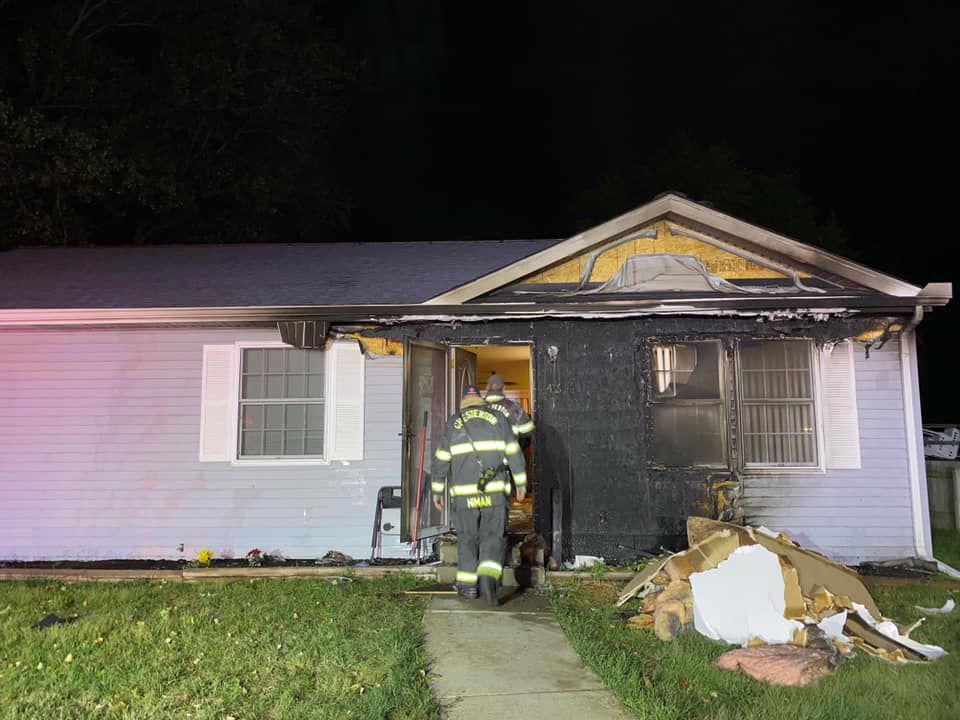 A house in the 400 block of West Indiana Avenue caught fire early Thursday morning in Chesterton. A woman occupant was rescued by first responders.

CHESTERTON — A police officer forced open a door so that firefighters could help a couch-bound woman to safety as a house on West Indiana Avenue burned around her early Thursday morning.

According to the Town of Chesterton, firefighters were sent to the 400 block of West Indiana Avenue a little after 3 a.m. Thursday and told a person was inside the house and unable to get out.

A Chesterton police officer was already on scene when the Chesterton Fire Department arrived and the officer was able to make entry into the house. Firefighters then found a woman sitting on a couch in the living room who said she was unable to walk. The woman was subsequently removed from the home. She was treated at the scene and released.

The house suffered extensive damage in the fire, which investigators believe started on the exterior of the home near the front door before traveling up the siding and into the attic. Firefighters removed the ceiling in the living room and a spare room during their efforts to extinguish the blaze.

Fire Chief Eric Camel said investigators believe the fire was accidental but that it remains under investigation. The cause is undetermined at this time. Camel estimated the damage to the house was in excess of $20,000.

The woman alleges the man threatened to kill her so she was driving away, court records state.

The defendant has a child who was recently born prematurely at 24 weeks, and the child's mother needs his help, a defense attorney said.

A man died in a two-truck collision Monday morning along the southbound lanes of Interstate 65 just north of 61st Avenue, according to Indiana State Police.

A house in the 400 block of West Indiana Avenue was damaged by fire early Thursday morning in Chesterton.

A house in the 400 block of West Indiana Avenue caught fire early Thursday morning in Chesterton. A woman occupant was rescued by first responders.