GARY — Gary police and the Lake County sheriff are expanding the way they partner to bridge gaps in strapped city public safety resources.

The city police and the county sheriff’s departments announced Thursday they are opening a new satellite office in the Miller neighborhood in the coming weeks.

The new office at 601 Lake St. is a “tangible sign” that the Lake County Sheriff’s Department and the Gary Police Department are collaborating to improve public safety and the relationship with the public, Mayor Jerome Prince said.

Two new cases of COVID-19 in Indiana, bringing total to 12

The office, designed to improve community policing efforts, is opening in the heart of the city’s Miller downtown section, just off the lakefront.

Prince said the office will serve all city residents.

It also will give Lake County sheriff’s deputies a headquarters during times of increased patrols, such as in the spring and summer, Sheriff Oscar Martinez said.

That’s typically when the beachfront community sees an increase in tourists and when businesses thrive, with art exhibits, eccentric eateries, coffee shops and craft breweries.

Martinez said the sheriff’s department recently purchased ATVs for beach patrol and will conduct bike patrols and squad car patrols in the Miller area and elsewhere.

“We’ll have a lot of presence here,” he said.

Gary Police Chief Richard Ligon and Martinez said computers and monitoring systems in the new office will give law enforcement the ability to keep an eye on sections of the city, including some of the Gary Housing Authority’s housing complexes.

Ligon said with a strong relationship with the sheriff’s office, he hopes to “make some progress” in the safety of the Gary community.

Martinez said residents will be able to visit the Lake Street office to file police reports or complaints. The hours of operation there are still being finalized.

Julian Marsh, executive director for the Gary Housing Authority, said the GHA is covering the lease payments for the office.

Historically, the Gary Police Department has been up against high crime while battling with dwindling city resources and manpower.

Prince said the GHA and sheriff’s willingness to partner with Gary is a great example of local governments pooling resources to better serve residents.

The 2020 graduate of Lowell High School has been selected to be the first person from Northern Indiana to enter directly into the U.S. Space Force.

The couple is facing what Erika Rivera calls, "real life," as the future of their eatery, Erika's Mexican Grill, hangs in the balance with a pending eviction lawsuit in Lake County Superior Court.

Portage cop head-butted during an arrest at Walmart, police say

"I am a veteran. You can't treat me like this," Jason Simmons reportedly said to police.

Region doctor who waged war against COVID dies from the virus

"He told me, 'I have the power to help, so how can I sit this out? End of conversation.' He worked until his final breath."

Fugitive convicted of Chicago murder captured in NWI after more than 20 years at large, FBI says

The man, who fled mid-trial and convicted of murder and arson, was sentenced to 45 years imprisonment in June 1997.

Appointments for the free immunization must be made online at ourshot.in.gov or by calling 211. 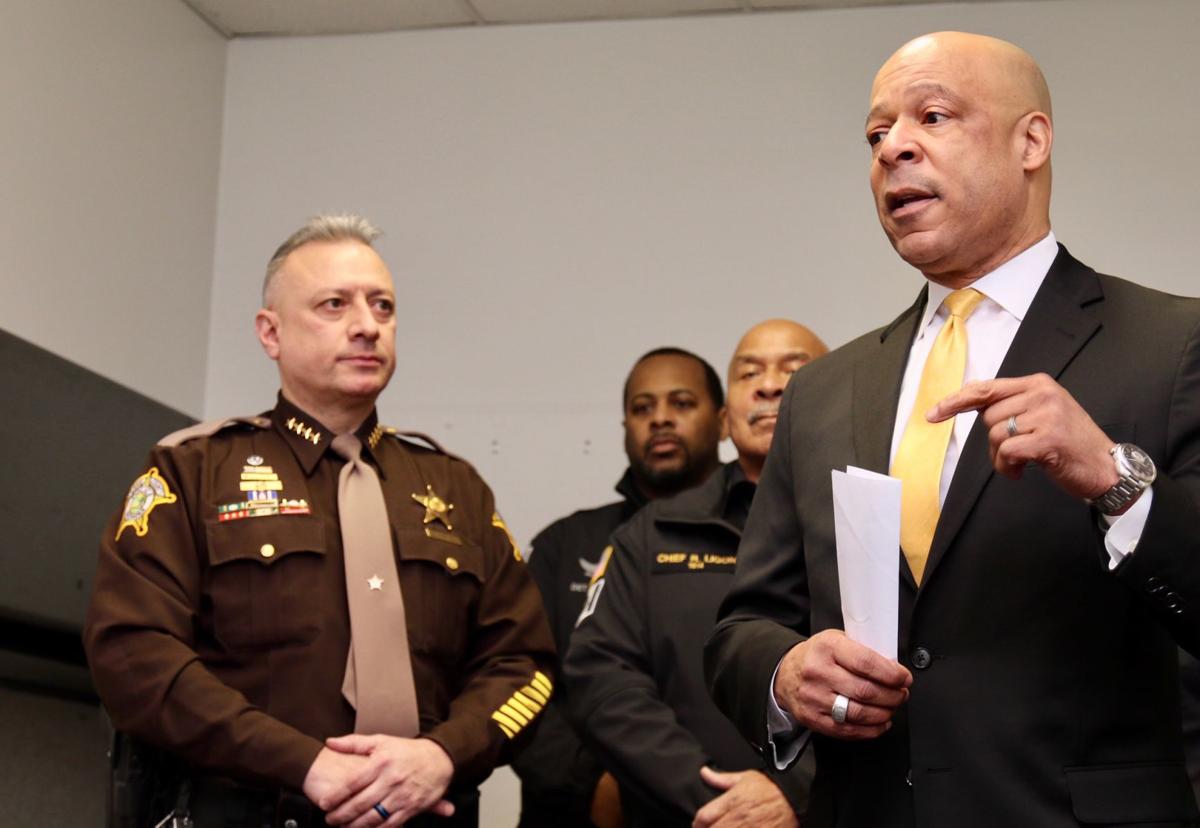 Mayor Jerome Prince, right, appears at a news conference Thursday with Lake County Sheriff Oscar Martinez and others to announce a new satellite office in the city's Miller section. The new office will be at 601 Lake St. 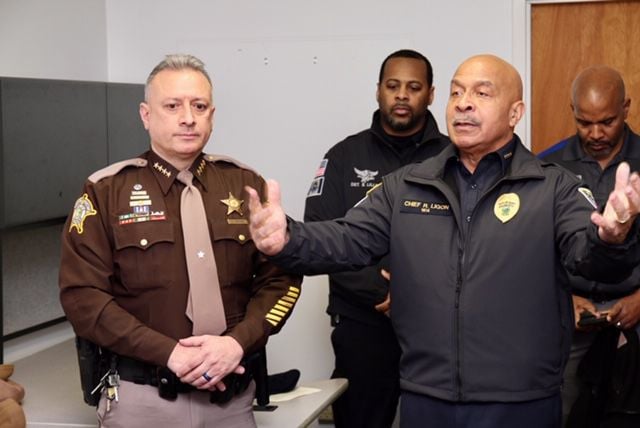