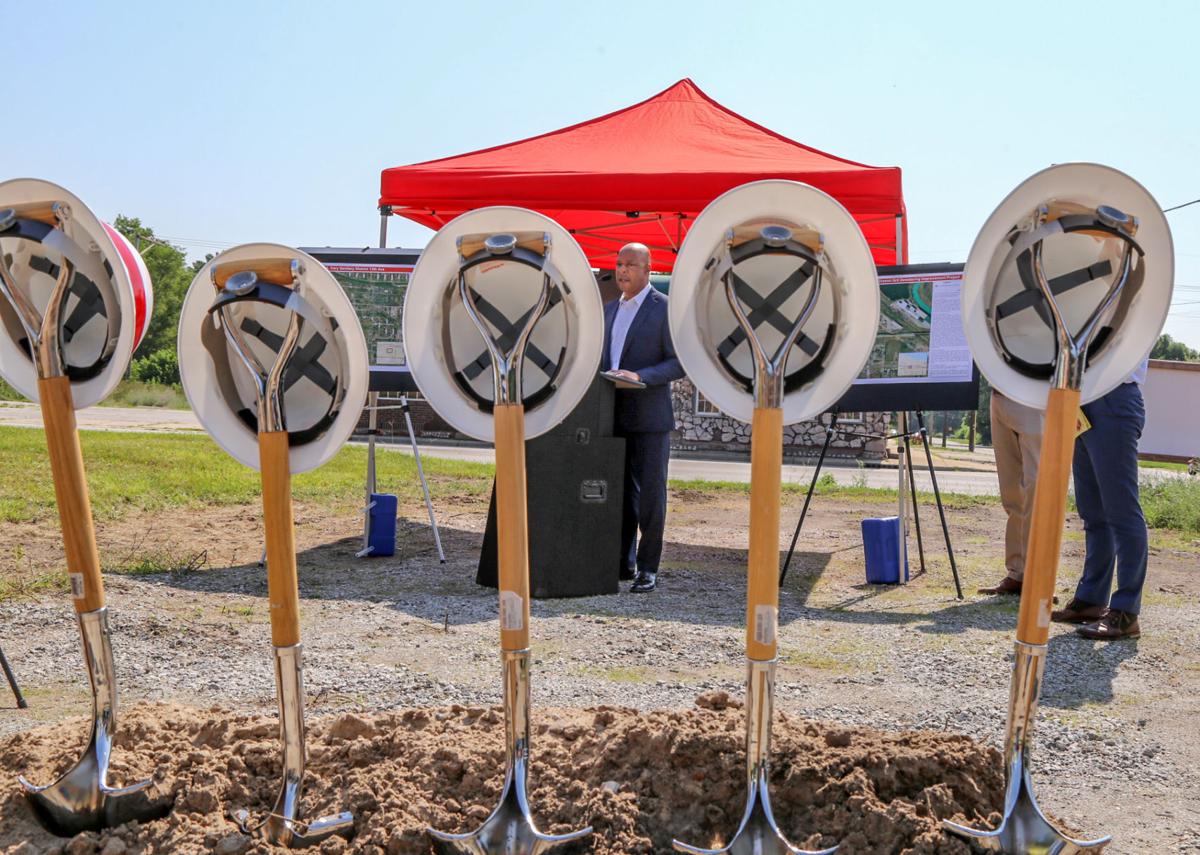 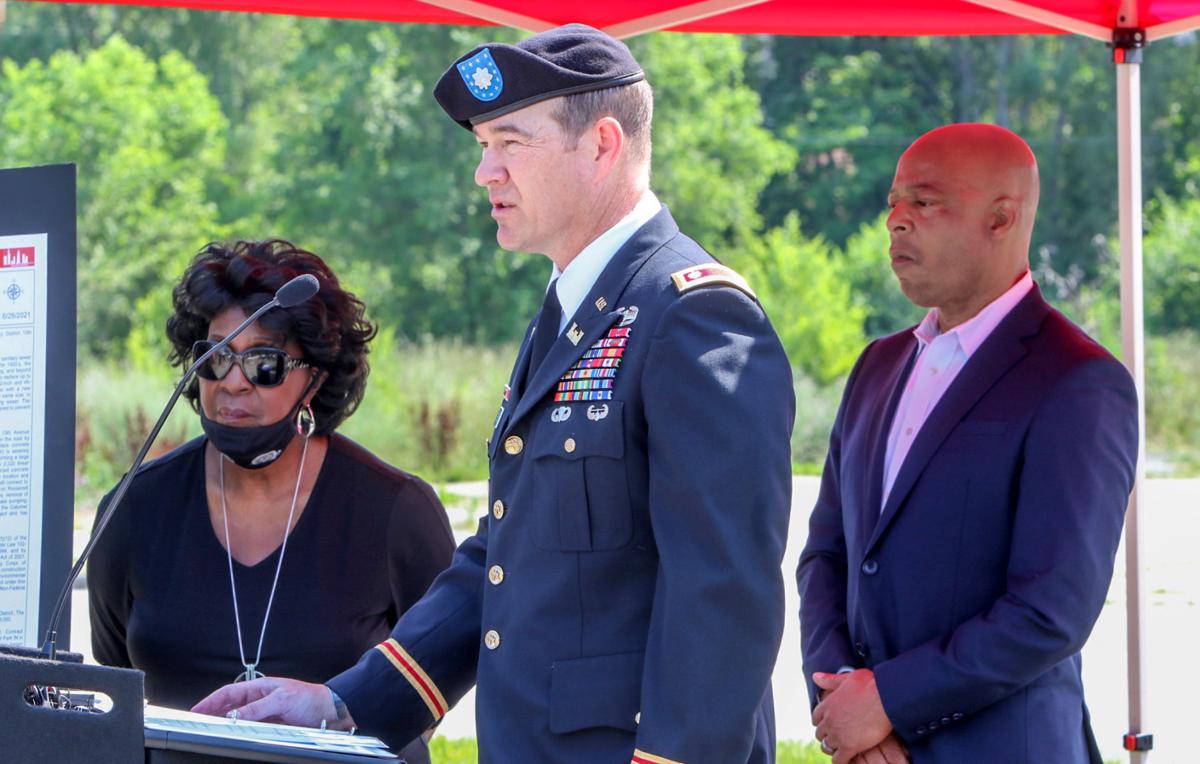 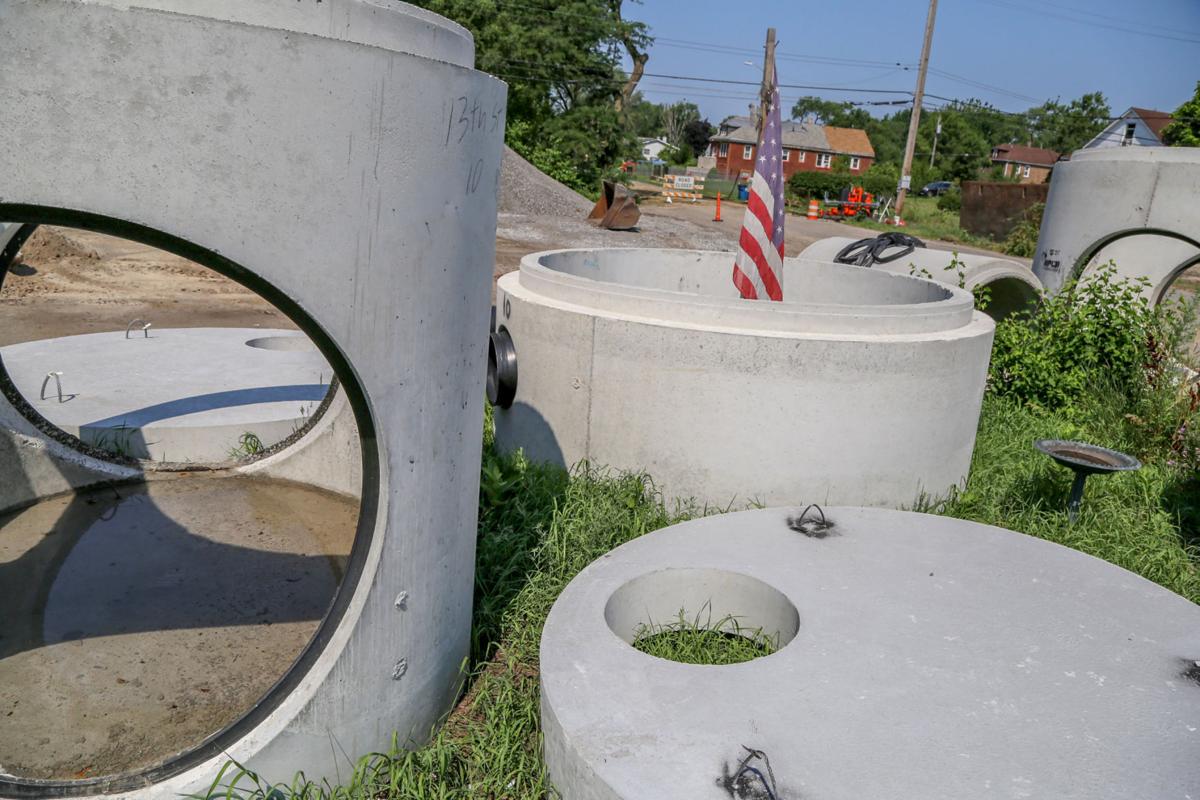 Waste and storm water concrete drain pipe sits at 13th Avenue and Grant Street in Gary ready for installation. The pipe is a part of one of the city of Gary's projects aimed at improving sewer infrastructure. 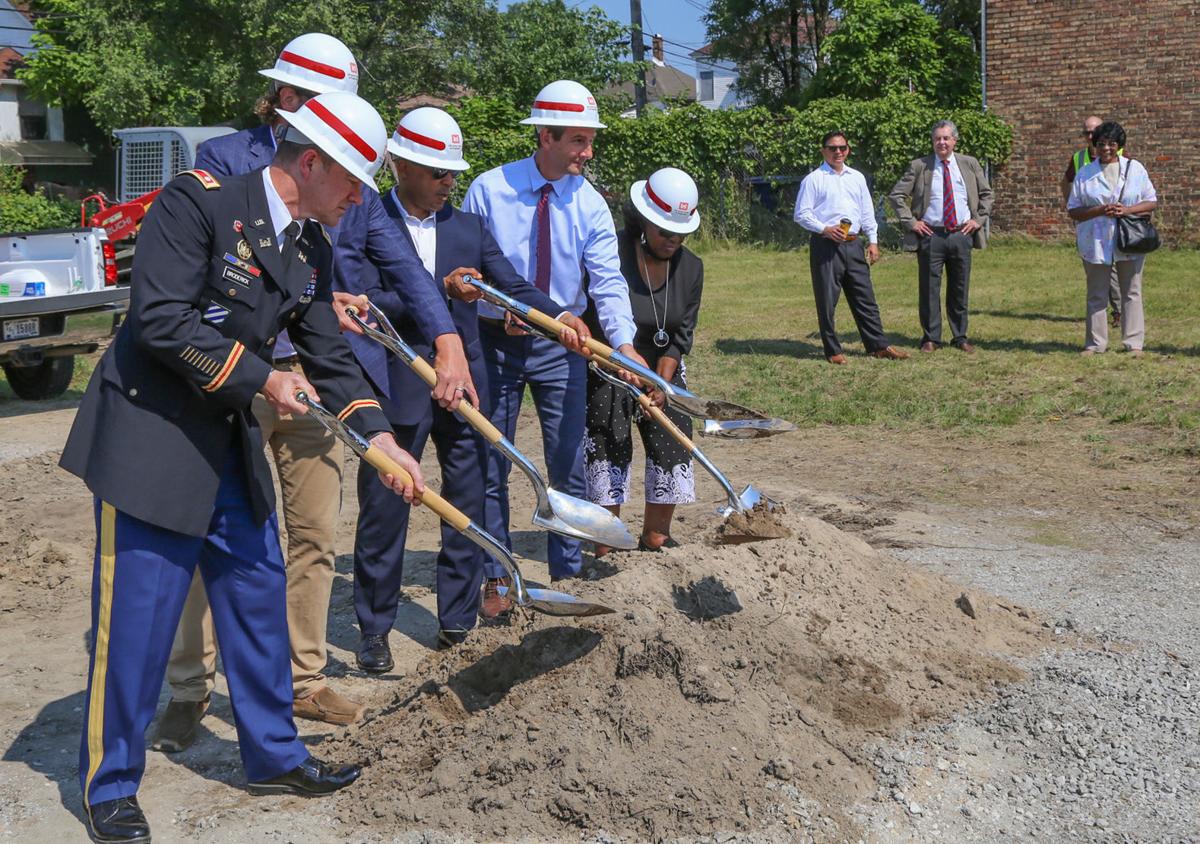 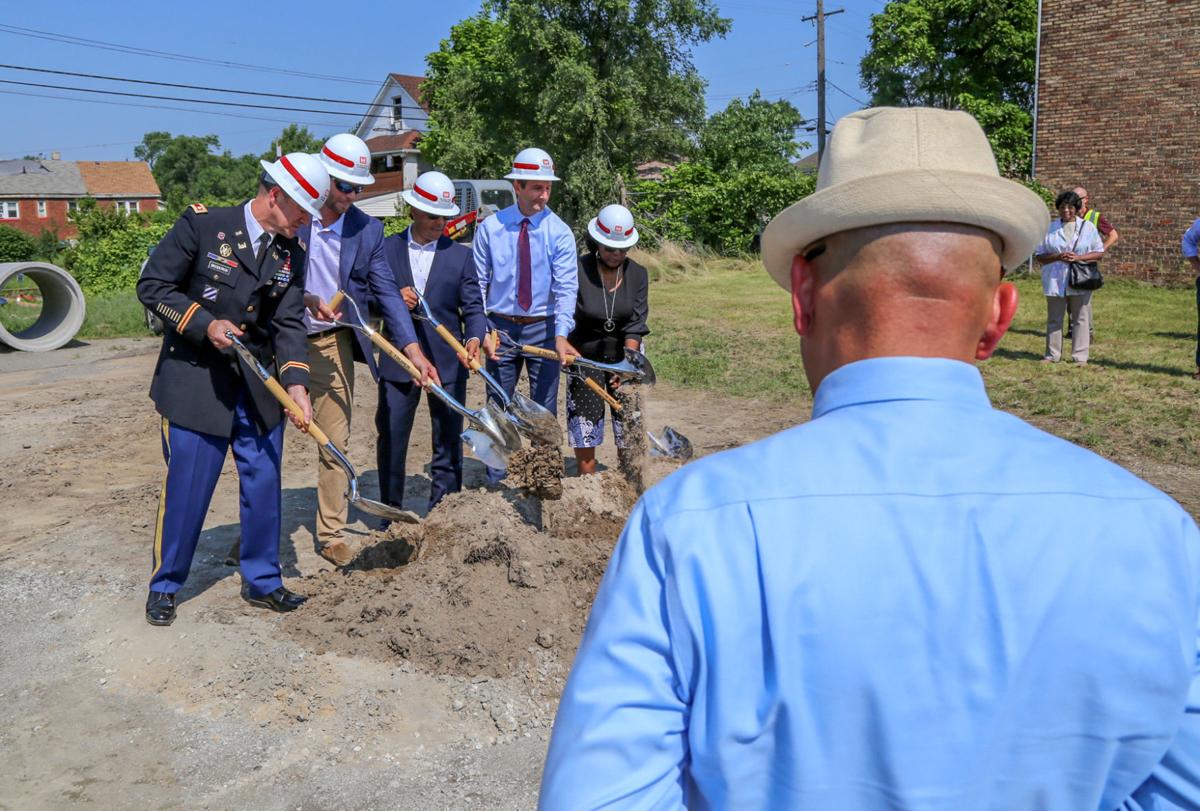 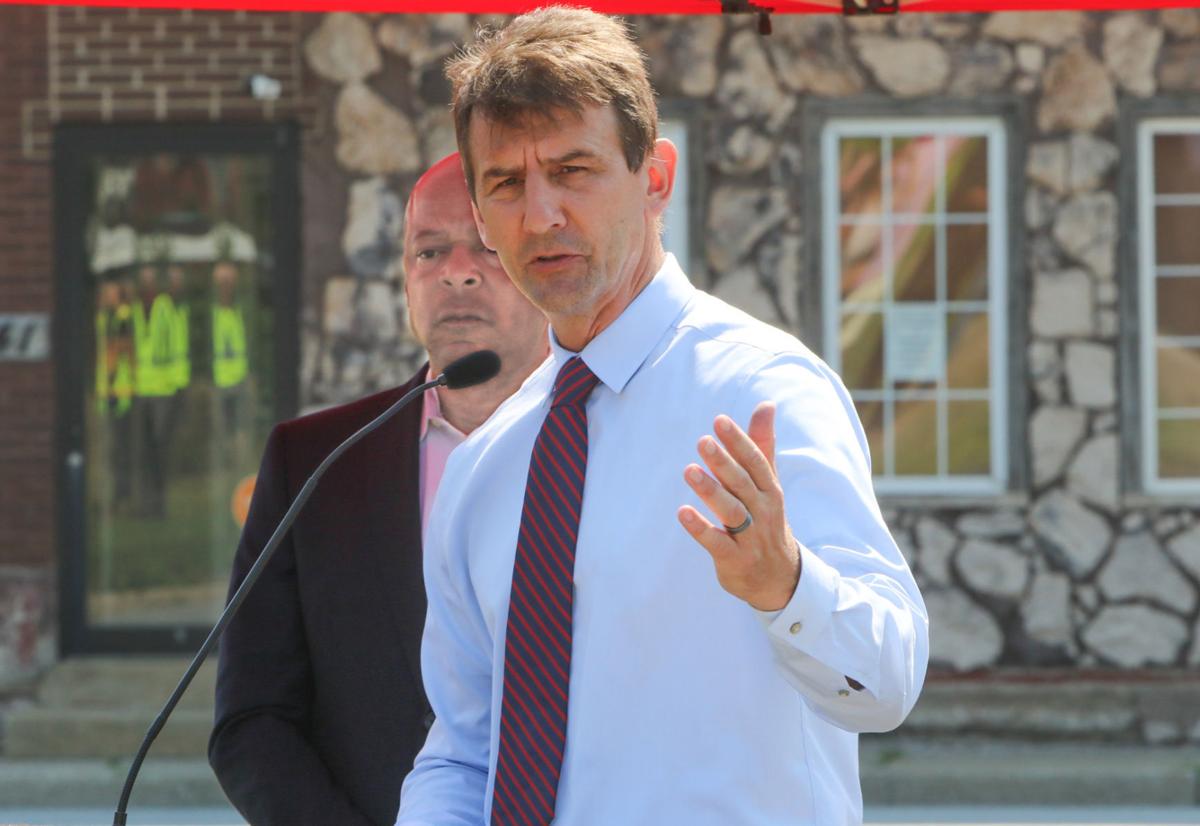 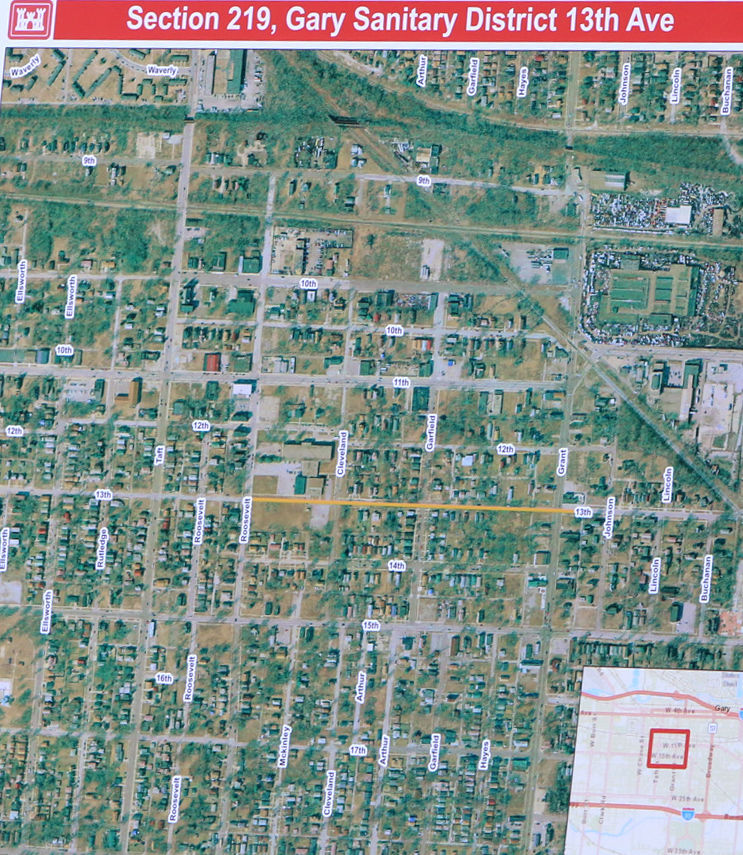 GARY — The city of Gary marked the beginning of nearly $7 million in sewer infrastructure upgrades Tuesday.

"Not only does this create an environment, or situation, for us to have a cleaner, safer, more resilient city, it also highlights the opportunities to have partnerships with great people, such as our congressman, and the Army Corps (of Engineers),” Prince said.

“I'm extremely proud and grateful and just thankful to be here to announce these projects, particularly for the folks in this area here, but certainly for the entire city of Gary.”

U.S. Rep. Frank J. Mrvan, D-Highland, said the projects will not only improve the quality of life for residents and protect their homes, but open up Gary for economic development and job creation.

"These improvements will prevent sewer line failures in the future," Broderick said of the 13th Avenue sewer improvement project. "At the water treatment plant, the Corps will replace the grit dewatering system, which will improve the performance of the grit removal system, especially during the high-flow weather events like we've had recently."

Construction for the 13th Avenue sewer improvement project began in May. It's set to wrap up in August.

The project will replace more than 1,900 linear feet of existing 42-inch and 48-inch poured-in-place concrete sanitary sewer with a new, reinforced concrete pipe sewer on 13th Avenue between Roosevelt Place and Johnson Street.

Broderick said the city's current sewer system along 13th Avenue was built in the 1920s.

Also included in the project are new manholes, the removal of existing manholes and pipes, dewatering, bypass pumping and repairs to the pavement, project documents show.

The project received $2.3 million in federal funding, while the city's sanitary district paid $756,103 for the project, or a 25% cash match.

Improvements to the Gary Sanitary District's Wastewater Treatment Plant grit dewatering system, which was built in the 1960s and upgraded in 2001, began in June. The work is slated to be completed by the end of the year.

The treatment plant serves around 180,000 people across Gary, Hobart, Merrillville and Lake Station, according to the Corps.

The project includes removing the existing grit classifiers and hydro-cyclone system and installing improved grit washers. Existing grit pumps, piping and associated accessories will be demolished and replaced, and electrical equipment, wiring and conduits also will be replaced, documents show.

The project will "create a system that allows the Gary Sanitary District Wastewater Treatment Plant to meet the grit loading it receives from the collection system, and reduce the burden on the primary systems," according to a news release.

The treatment plant project received $2.95 million in federal funding, with the Gary Sanitary District contributing $983,330, or a 25% match, according to a news release.

"When you consider the ultimate sacrifice that the officers who are being recognized today have paid, I know that thank you could never be enough," said Gary Mayor Jerome Prince.

GARY —  Marcus Steele Jr. is one step away from a nice scholarship and a new car.

The city of Gary announced Friday plans to partner with shared electric scooter company, Bird Rides, Inc., to bring e-scooters to the city.

Back to school events planned for Gary

The community is coming together to celebrate the start of a new school year with back to school events planned for this weekend.

Gary Mayor Jerome Prince recently announced the "All in Gary!" initiative, which kicks off with a two-day clean-up project across the city Sept. 17 and Sept. 18, according to a press release.

Waste and storm water concrete drain pipe sits at 13th Avenue and Grant Street in Gary ready for installation. The pipe is a part of one of the city of Gary's projects aimed at improving sewer infrastructure.