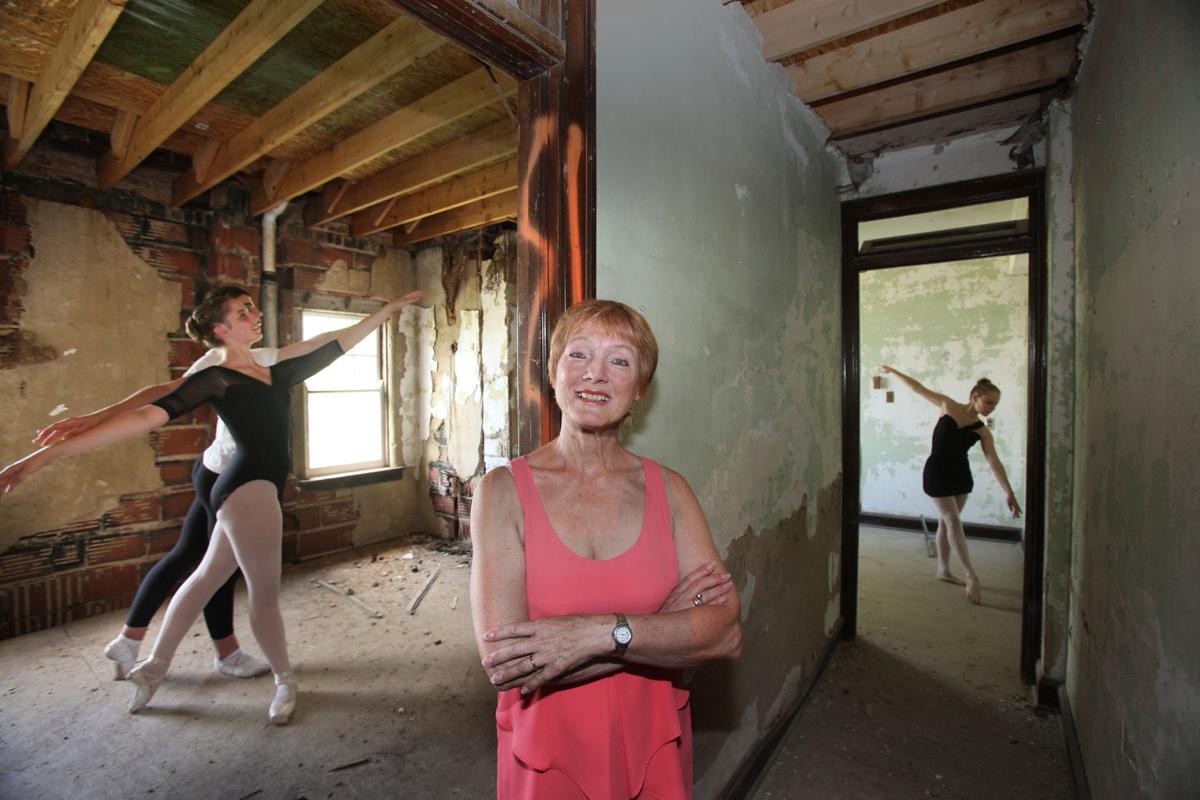 Gloria Tuohy, center, poses with students Lindsay Hartman, Gabe Hartman, left, and Dakota Alessandrini, right, on the third floor that will become the home of the Indiana Ballet Theater in Crown Point. 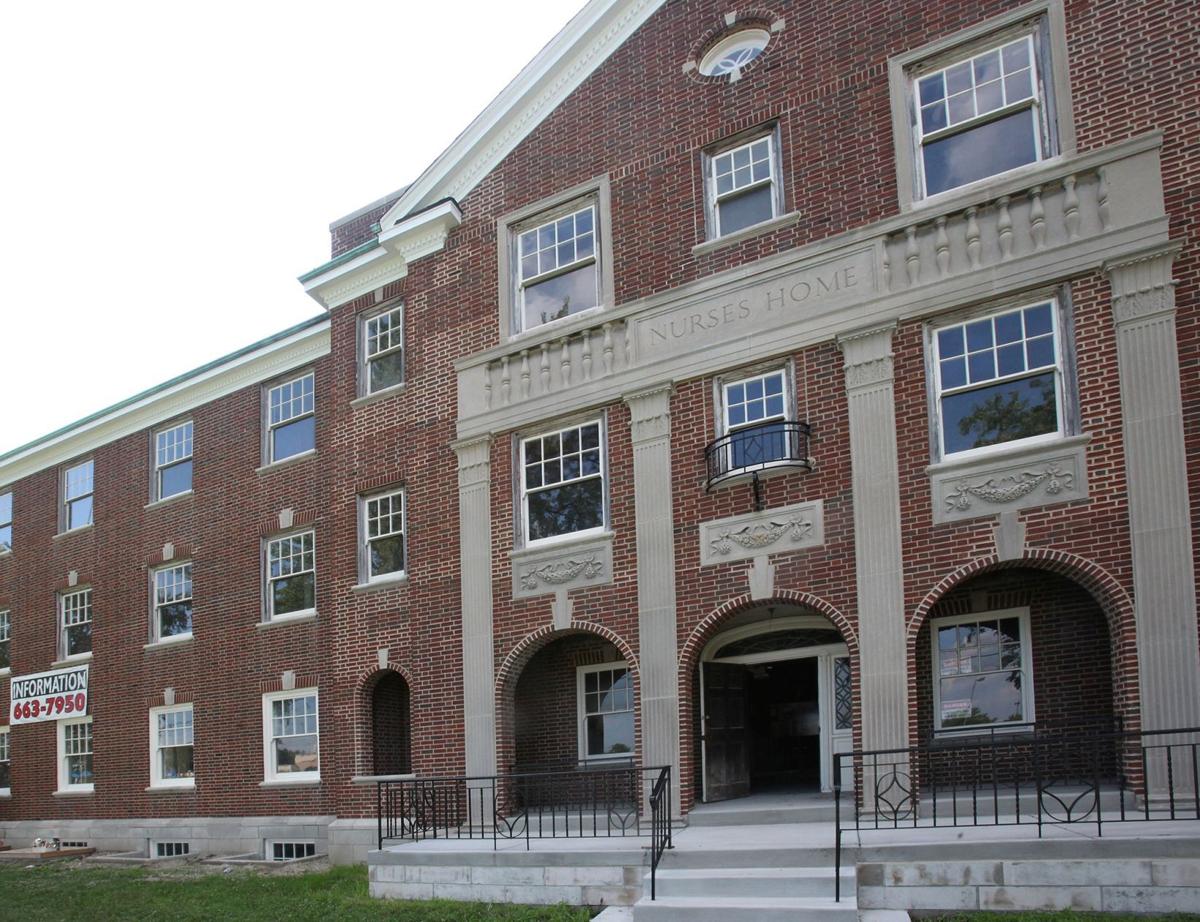 CROWN POINT —After some last minute twists and turns, the Indiana Ballet Theater won a venue to a new performance home.

The Lake County Board of Commissioners voted Wednesday to give the ballet company the deed to a three-story, 20,000-square-foot building fronting North Main Street and its 1.7-acre grounds.

"It's taken a long time - 11 years - but I feel really good," Gloria Tuohy, founder and CEO of the ballet company said afterward.

She said they now have engineers and architects preparing plans to convert the 90-year-old building that once served as quarters for nurses to the former county tuberculosis sanatorium into the ballet's new Classical Arts Centre.

Previous county commissioners agreed in 2003 to let the ballet group begin restoring the long-abandoned structure. Tuohy said they had raised and spent $500,000 to replace windows and make other exterior repairs.

She said Tech Credit Union already has offered to loan the ballet company the money to replace the building's decaying interior. "We just needed that deed and we are good to go."

However, the county's old agreement with the ballet stipulated the building could revert back to the county if the ballet didn't complete work on it in the coming months.

Commissioners Kyle Allen, D-Gary, Mike Repay, D-Hammond and Jerry Tippy, R-Schererville, said in January they hadn't been part of the prior commitment and wanted an appraisal of the building before they made any decision to give it away.

Tippy said Wednesday a preliminary estimate indicates the grounds are valued at about $400,000, but the building is essentially worthless.

Appraisers working for the county reported it to be in a blighted and unsafe state, with the floor caving in and containing asbestos and lead-based paint that would have to be removed before it could be demolished or renovated for future government use at an estimated cost of $4 million.

Tuohy said they hope to have the building opened with a theater, meeting rooms, a cafe, an outdoor performance space and gardens at half that estimated cost.

A 2007 study by Maximus Inc. concluded the county should consolidate its courts into one central location.

Previous commissioners refused on grounds it would work a hardship on north county residents in the absence of a regional public transportation system to bus them to the Crown Point court venue and there was no money to build new courtrooms in Crown Point.

CROWN POINT — It's easy to see the vision.

Commissioners should be full partners in ballet project dance

CROWN POINT | A consulting firm determined in 2006 what many critics of Lake County government long ago had concluded.

Though it has sat vacant for decades, the Nurses Home at 2323 N. Main St., Crown Point, is set to become a cultural hub in the near future for the fine and performing arts.

Gloria Tuohy, center, poses with students Lindsay Hartman, Gabe Hartman, left, and Dakota Alessandrini, right, on the third floor that will become the home of the Indiana Ballet Theater in Crown Point.