Burnham Mayor Robert Polk holds lead in bid for fifth term; challenger Antwon Russell not conceding yet
Share this
1 of 2 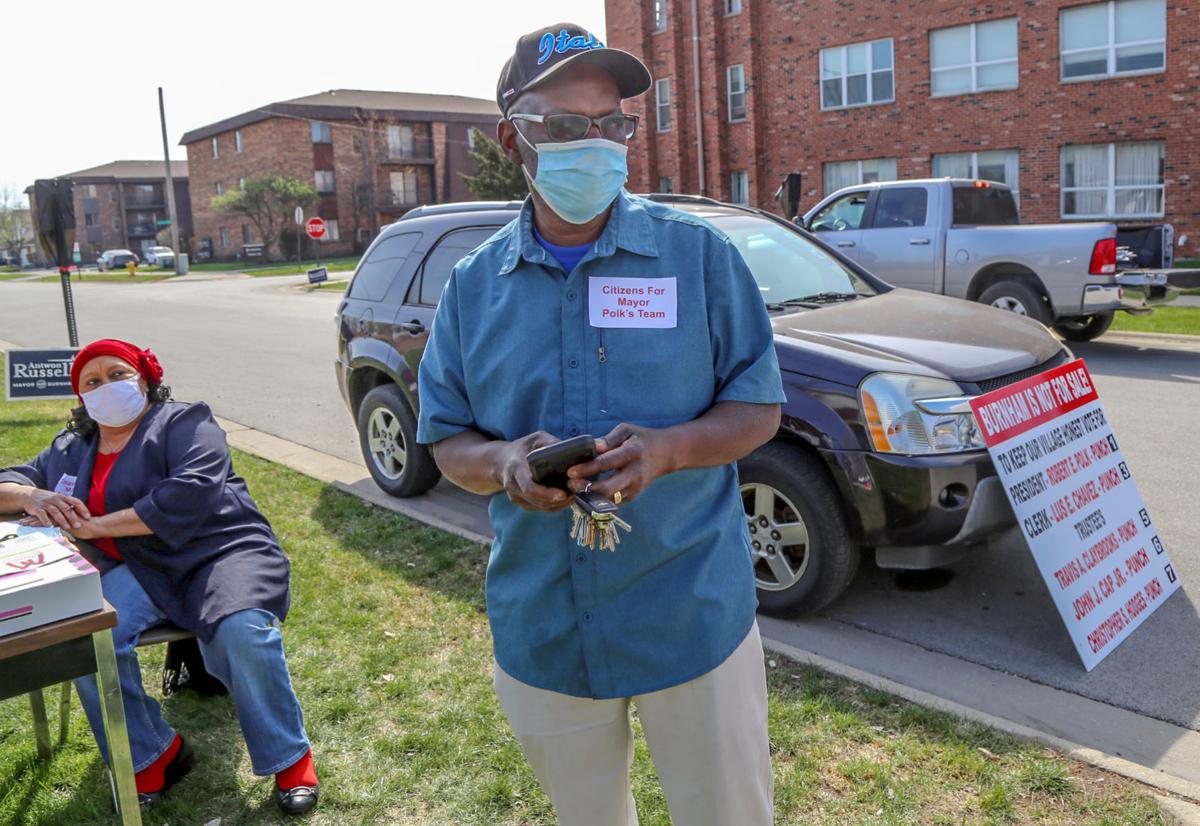 Burnham Mayor Robert Polk greets voters as they head to the polls to cast their ballots Tuesday. 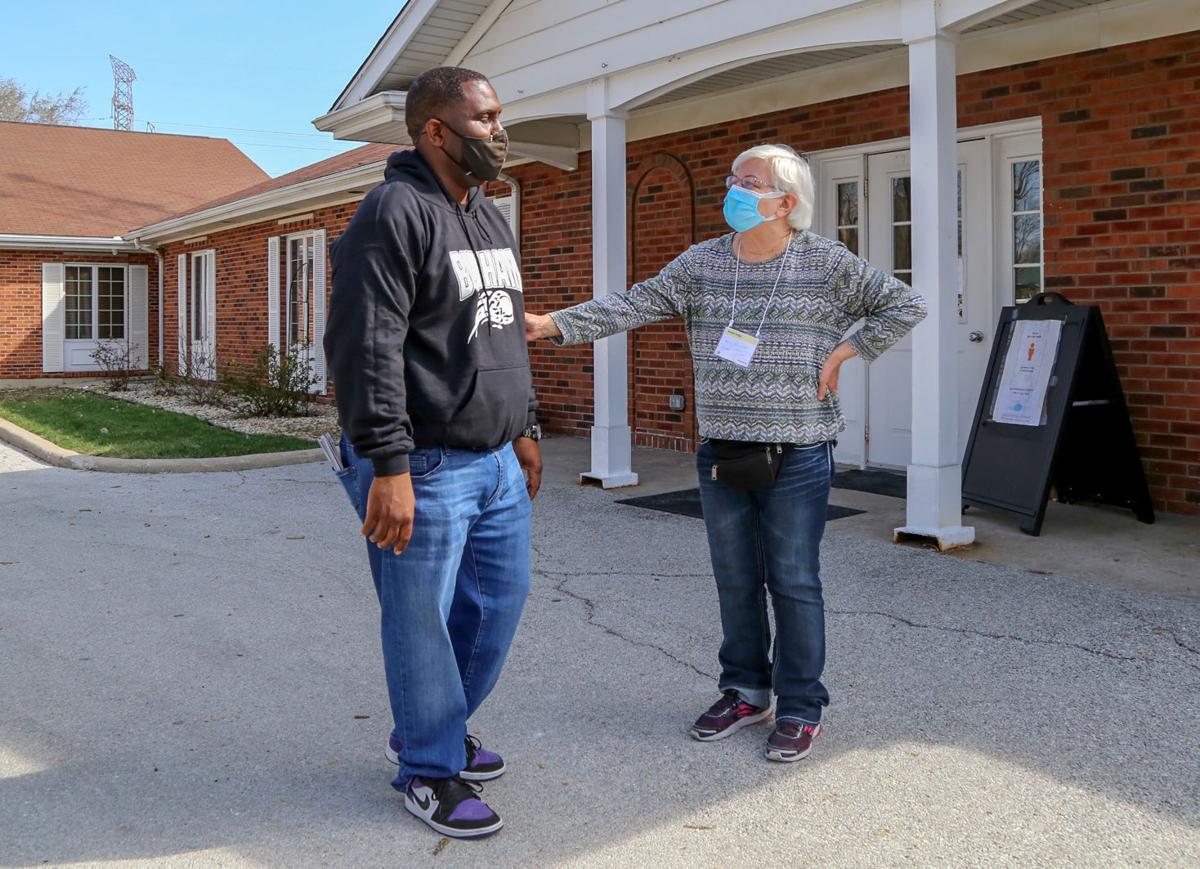 In final, unofficial results released by Cook County Clerk Karen Yarbrough on Wednesday, Polk had 380 votes in Tuesday's general election to Russell's 332, a margin of 53% to 47%.

Candidates aligned with Polk also were apparent winners in their races. Incumbent Clerk Lus Chavez had 380 votes to 313 for John Hajduch. In the race for three spots on the village board, incumbents Travis Claybrooks (436 votes) and John Cap (399) and newcomer Christopher Hodges (379) outpolled Jasmyne Peters (316).

"We were certainly elated (though) I had some reservations about the number of votes that went in another direction," Polk said. "We'll accept the win and we thank God for it."

Polk said he is looking to continue work on several infrastructure projects. Among them: expanding bike trails in the village, doing $200,000 worth of sidewalk repairs and using a grant to alleviate flooding issues at Cottage Park.

Russell said he is waiting to see if absentee ballots that are yet to be counted will swing the result in his favor.

"We're waiting on the final certified results with absentee and provisional ballots," he said. "April 21, we'll know every vote that came in."

State Rep. Thaddeus Jones made history by being elected as the city's first black mayor with 2,021 votes out of 2,521 cast. The clerk's office did not release a vote total for Jones' only declared opponent, write-in candidate Tony Quiroz.

All other candidates were elected without opposition, including incumbent Clerk Nyota Figgs with 2,369 votes and incumbent Treasurer Gerald "Gerry" Tarka with 2,296.

Winning election as trustees were Rolanda "R.M." Clark with 478 votes, Randall Blakey with 468 and David Lilly with 453.

Going for a ride

The Indiana House and Senate gave final approval to House Enrolled Act 1030 that was inspired by the chronic absenteeism of Democratic former Lake County Recorder Michael B. Brown.

During a recent meeting, the St. John Plan commission approved a new 102-lot subdivision, set to be located along Calumet Avenue.

Two alcohol-related measures approved Wednesday by the Indiana General Assembly, and a third set for approval Thursday, have the potential to reshape Region communities in Lake and Porter counties.

Police will begin enforcement after the traffic signs go up, which is expected to occur by the end of the month.

A busy road work season is underway in Lake County, with more projects set to begin in the coming months. And town and city officials have agreed collaboration is key when seeing the projects through.

"Every child deserves to grow up in a healthy and safe environment," program director Joy Holliday said. "I know that we can achieve this as a community working together."

Burnham Mayor Robert Polk greets voters as they head to the polls to cast their ballots Tuesday.