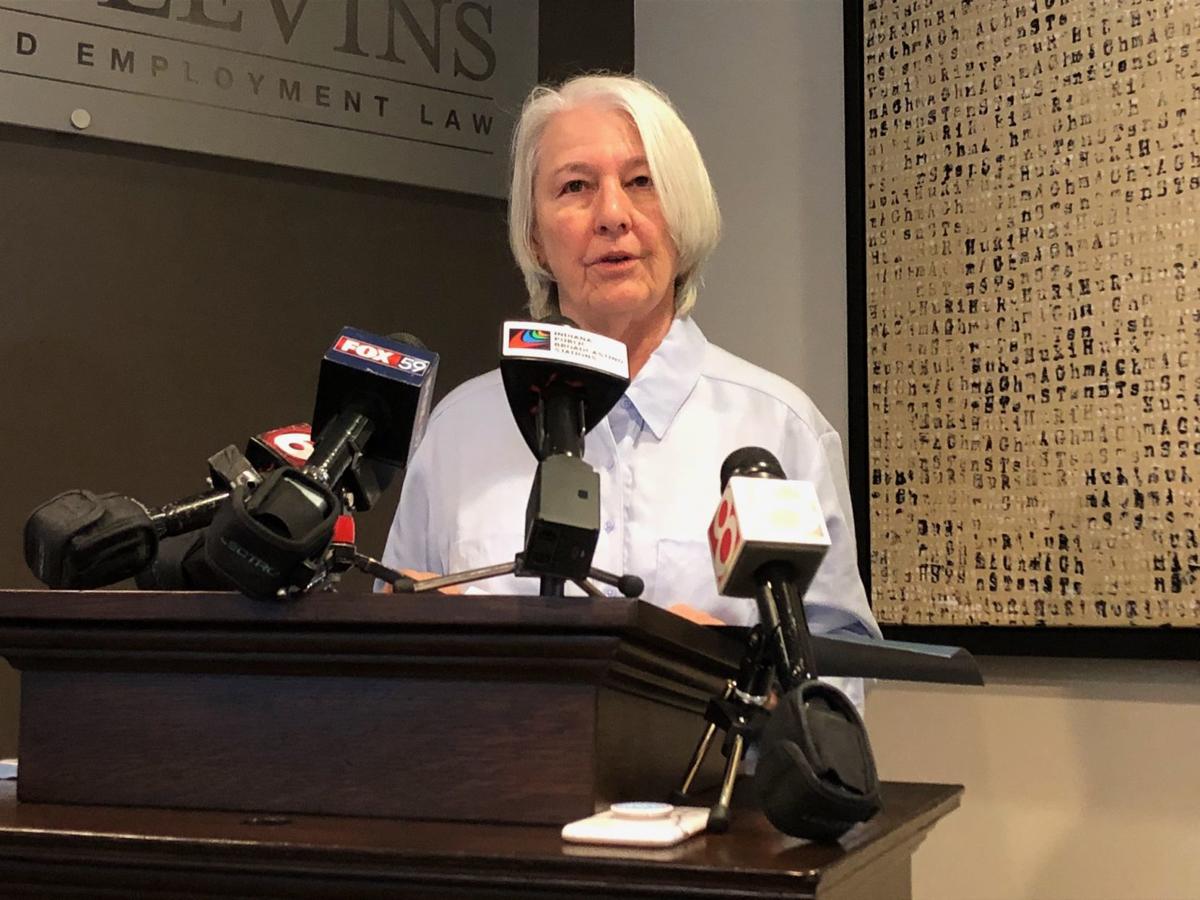 Former Indiana Court of Appeals Judge Linda Chezem is chairwoman of "Fairness for Curtis Hill," a new legal defense fund supporting the Indiana attorney general as he responds to allegations that he groped four women, including state Rep. Mara Candelaria Reardon, D-Munster, on March 15 at an Indianapolis bar party. 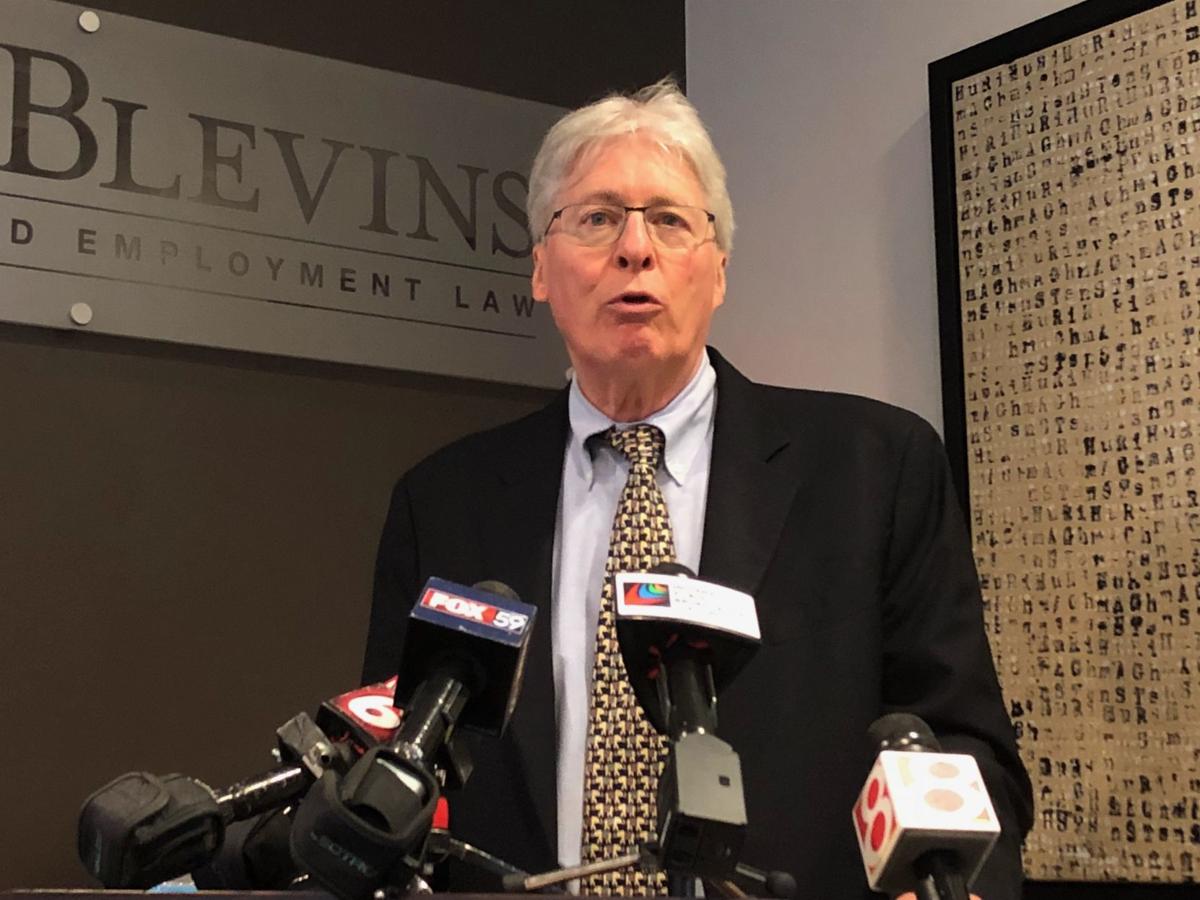 The fund, dubbed "Fairness for Curtis Hill," is organized as a federal nonprofit entity, which means it can accept unlimited, tax-deductible donations, from individuals or businesses, with no obligation to ever disclose its donors.

While the secretive fund technically is separate from the Republican attorney general's office, it's not clear whether or how Hill plans to assure Hoosiers that decisions made by his office concerning criminal appeals and civil lawsuits filed in the name of the state aren't being influenced by fund donations.

The fund's leaders, Chairwoman Linda Chezem, a retired Indiana Court of Appeals judge, and Secretary/Treasurer James Bopp Jr., a powerhouse GOP attorney, both said they are strong Hill supporters, and believe Statehouse Republicans are unfairly trying to railroad Hill — the only black statewide elected official — out of office.

"Political lynching and character assassination are not new in politics, but Indiana can and should do better," Chezem said.

"Under Indiana law, the touching of another person is not inappropriate behavior, unless it is rude, angry or insolent touching.

"Merely touching without more is not sexual assault, nor is it harassment.

"So, an important question to be addressed is what standard defines sexual harassment at a shoulder-to-shoulder, elbow-to-elbow, crowded legislative party after midnight," Chezem said.

Hill is accused by Candelaria Reardon and three legislative staffers, of both political parties, of touching their backs and/or buttocks without their consent March 15 at A.J.'s Lounge following the late-night adjournment of the General Assembly's annual session.

The attorney general also reportedly told a Republican Senate employee, and her friends, that they've "got to show a little skin" to get served at the crowded bar.

The Indiana inspector general began investigating the incident after a confidential summary of the allegations, compiled for legislative leaders, was made public earlier this month.

At the same time, Hill separately is challenging the selection of a special prosecutor after Democratic Marion County Prosecutor Terry Curry determined that he could not participate in any investigation since Hill is, by law, representing Curry's office in two unrelated civil lawsuits.

Hill also has threatened to sue for defamation whoever inserted what he asserts are "false and malicious" statements in the legislative compilation of the incident.

Chezem declined to say what Hill believes would be a fair process. Though she insisted Hill's only concern is fairness "for everyone, accuser and accused."

"We need no more lynching by innuendo and anonymous leakers," Chezem said. "The current situation is like peeling an onion — the more the layers are peeled off, the stronger the smell."

The governor, along with House Speaker Brian Bosma, R-Indianapolis, Senate President David Long, R-Fort Wayne, and top Hoosier Democrats, so far are standing by their calls for Hill to resign from office.

Chezem said it's unfair that those demands for Hill to resign, and others seeking his impeachment, were based on a report that Hill believes was inaccurate, and put together without Hill ever getting a chance to tell his side of the story.

"If they don't want Curtis Hill as their attorney general, they can always change the statute," Chezem said. "The position is statutorily created."

Indeed, unlike other state officers, the Indiana Constitution does not mandate the state have an attorney general, and Hill's current term potentially could be ended immediately if the Republican-controlled General Assembly rewrites the law that provides for an elected attorney general and substitutes, for example, a governor-appointed "state's attorney."

Holcomb said he plans to wait for the inspector general to complete her investigation before deciding what steps, if any, to pursue next.

INDIANAPOLIS — The special prosecutor who convicted Indiana Secretary of State Charlie White of voter fraud and other felonies in 2012, which …

INDIANAPOLIS — Attorney General Curtis Hill Jr., who is under investigation for allegedly groping a Munster lawmaker and three General Assembl…

INDIANAPOLIS — Attorney General Curtis Hill Jr. may face professional discipline in connection with his alleged groping of four women at a cap…

Indiana Attorney General Curtis Hill Jr. is asking a federal court to dismiss the sexual harassment lawsuits filed last month against him and …

INDIANAPOLIS — Attorney General Curtis Hill Jr. is launching a second front in his battle to remain in office.

INDIANAPOLIS — Attorney General Curtis Hill Jr. is attempting to scuttle the investigation into his alleged sexual misconduct by requesting th…

UPDATE: Attorney General declares he will not resign; 'I want my name back,' he says

INDIANAPOLIS — Attorney General Curtis Hill insisted Monday he is the victim of a smear campaign against his good name, and again declared tha…

Former Indiana Court of Appeals Judge Linda Chezem is chairwoman of "Fairness for Curtis Hill," a new legal defense fund supporting the Indiana attorney general as he responds to allegations that he groped four women, including state Rep. Mara Candelaria Reardon, D-Munster, on March 15 at an Indianapolis bar party.