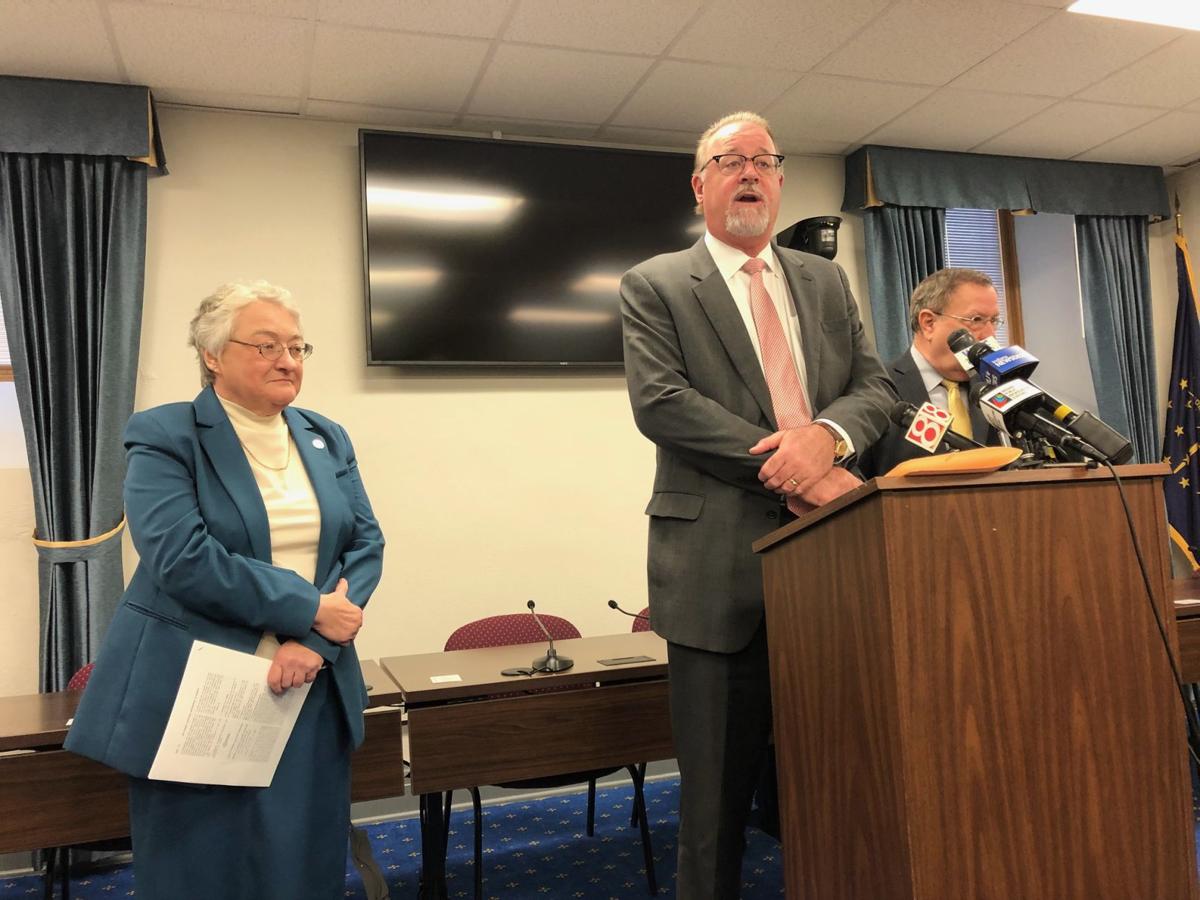 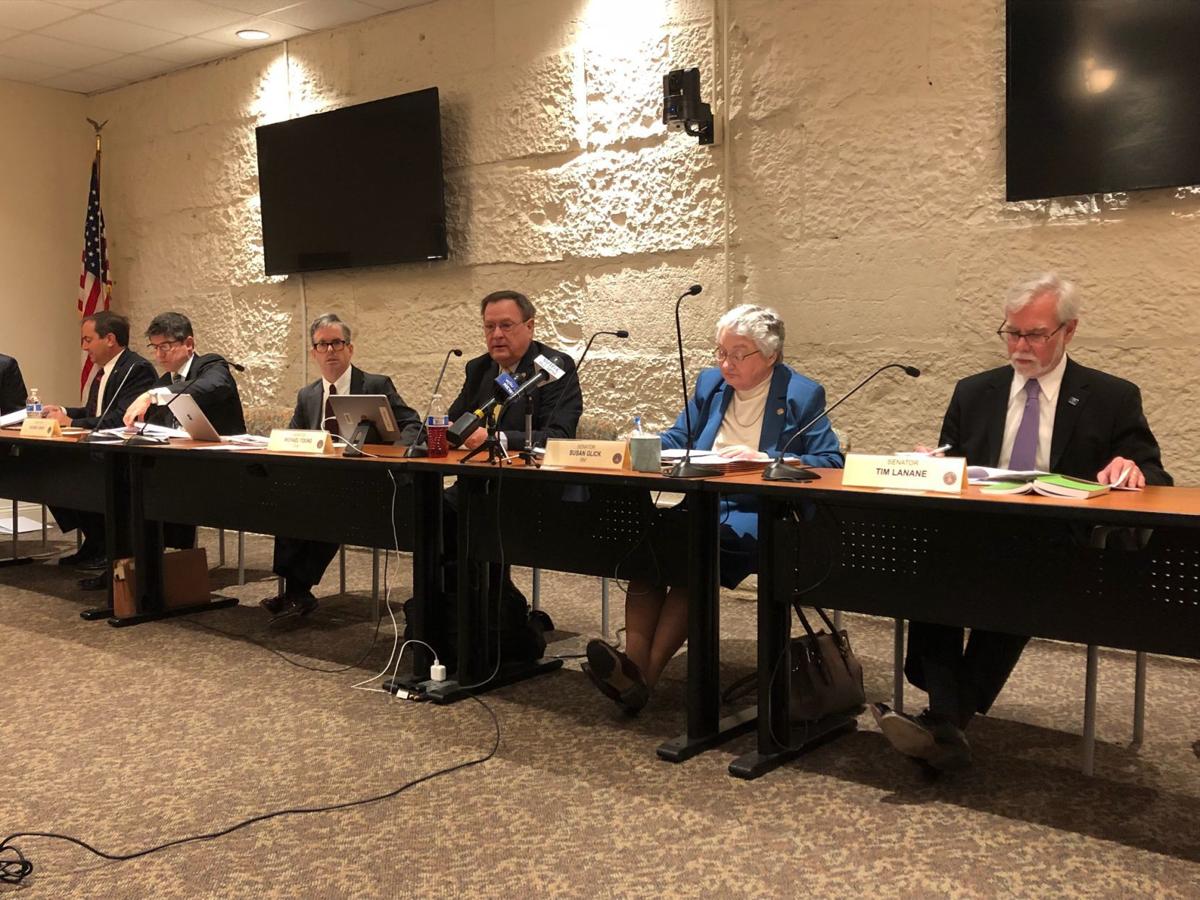 The Senate Committee on Corrections and Criminal Law declined Tuesday to advance a proposed criminal sentencing enhancement for bias-motivated crimes, leaving Indiana as one of just five states without a hate crime law on its books.

INDIANAPOLIS — Indiana will remain just one of five states in the country lacking specific statutory consequences for crimes motivated by hate or bias toward a victim's particular characteristics.

The Senate Committee on Corrections and Criminal Law declined Tuesday to take action on the bias crime provision in Senate Bill 418, ending any chance for the legislation to advance for a vote by the Republican-controlled chamber this year.

Following the committee meeting, Senate President David Long, R-Fort Wayne, told reporters there was insufficient support within the Senate Republican caucus for the legislation as written, or for any alternative hate crime proposal.

"Some felt the language should be modified to include all Hoosiers, not just special groups of Hoosiers. Some were just fine with the bill as is. Some believed that Indiana already allows an increased criminal sentence to apply in a bias crime situation," Long said.

"In the end, obviously, we were unable to find common ground."

State Sen. Sue Glick, R-LaGrange, the sponsor of the bias crime legislation, said she understood why the measure did not advance out of committee. Though she was not particularly happy about it.

"It's disappointing because I think it needs to be addressed," Glick said. "But ... we didn't feel at this time that we wanted to go forward with a bill that was cobbled together."

"It's much better to step back and go through the process, and maybe in the future come back with something that's better written and does what we intended to do with this bill."

Glick's proposal explicitly authorized judges, when making sentencing decisions, to include as an aggravating circumstance whether the underlying crime was prompted in whole or in part by the victim's real or perceived race, religion, color, sex, gender identity, disability, national origin, ancestry, sexual orientation or ethnicity.

It did not create a separate "hate crime" or criminalize hateful thoughts. Rather, it gave judges discretion to issue lengthier prison terms for bias-motivated crimes.

But it died on the Senate floor when Glick declined to open the legislation for amendment due to what she described then as "a difference of opinion" among Senate Republicans over which groups would be protected under her plan.

In response to similar arguments being made this year by some GOP senators and religious interest groups, particularly over the inclusion of gender identity, Glick said she believed her proposal would appropriately encompass and protect all Hoosiers.

"However, there's a good number of people who don't share that opinion, and I respect them as members of this body. They're elected to represent their constituency and they have a right to speak out."

Long shrugged off the suggestion that not having a bias crime law on the books makes Indiana appear unwelcoming to minority groups and discourages companies from choosing to operate in the state.

Arkansas, Georgia, South Carolina and Wyoming are the other states lacking hate crime laws. Though who and what is covered varies widely in the 45 states that do have them.

"I don't think it sends any message," Long said. "Nor do I think we should tailor all of our legislation in the hopes that a company would locate here."

"That doesn't mean I wouldn't welcome progress on this front, but we are No. 1 in so many (business) categories," Holcomb said.

"We'll continue to work with companies, whether they're here and growing, or companies that are looking at us, on a case-by-case basis, and we'll address any issues, short-term or long-term, that they may have."

Holcomb said he remains "open to the idea" of bias crime legislation. Though he reiterated that it's not part of his 2018 legislative agenda, and, as such, he has not pressed state lawmakers to advance it to his desk.

"Clearly this was an issue that had a lot of different opinions upstairs (in the Senate). Those need to be sorted out for progress to be made in the years ahead," Holcomb said.

State Rep. Charlie Brown, D-Gary, said he finds it sad that Indiana always is behind the curve on issues like this that impact the lives of minority groups in the state.

"We get into these situations where there's some kind of discrimination against them, but yet we don't want to take that seemingly baby step to say that they should be protected," Brown said.

Long suggested that, in any case, Hoosiers already enjoy the protections that Glick's legislation would have provided, thanks to a 2003 Indiana Supreme Court ruling.

The 5-0 decision in Witmer v. State affirmed that trial judges are within their rights to identify racial bias as an aggravating circumstance of a crime, and to increase the prison sentence issued upon conviction if the aggravators sufficiently outweigh any mitigating circumstances.

Long said that should assure any Hoosier concerned about bias crime perpetrators being appropriately punished that the common law of the state provides for a sentencing enhancement, even if the Indiana Code does not specifically spell it out.

"We just can't get to the language yet," Long said. "I think we will. I think time will change some people's opinions in our caucus, or we'll have different members in there in the future."

"There are some issues that take longer than others. ... We'll give it a shot next year, and we'll see what happens."

INDIANAPOLIS — Indiana Gov. Eric Holcomb was mostly quiet about a proposed hate crimes law that was killed in the Indiana Senate this week.

Indiana legislative session at halftime: what lives or died

INDIANAPOLIS — Indiana lawmakers have reached halftime in this year's legislative session, which has been marked more by plans deferred and le…

INDIANAPOLIS — The second half of the 2018 Indiana General Assembly begins Monday, setting off a five-week sprint to the mandatory March 14 ad…

INDIANAPOLIS — Senate President David Long, R-Fort Wayne, stunned Hoosier lawmakers Tuesday by announcing that he plans to give up his leaders…

INDIANAPOLIS — Gov. Eric Holcomb is pledging to help enact an Indiana hate crimes law during the 2019 General Assembly after a central Indiana…

INDIANAPOLIS — State Sen. Mike Bohacek, R-Michiana Shores, is following through on his pledge, made after a Carmel synagogue was vandalized in…

INDIANAPOLIS — Indiana lawmakers begin their 10-week "short session" at the Statehouse Wednesday, where debates over numerous hot issues could…

INDIANAPOLIS — The nine Democrats serving in the 50-member Indiana Senate are few in number, but united behind policies they believe will make…

INDIANAPOLIS — Despite the recent spate of threats to Jewish institutions in Indiana and across the country, Hoosier lawmakers are unlikely to…

The Senate Committee on Corrections and Criminal Law declined Tuesday to advance a proposed criminal sentencing enhancement for bias-motivated crimes, leaving Indiana as one of just five states without a hate crime law on its books.