Gov. Eric Holcomb has a whopping $8 million available to spend on persuading Indiana voters to support his bid for a second, four-year term at the Nov. 3 general election.

Draft campaign finance documents set to be filed next week by the Republican chief executive show Holcomb raised $1.5 million between April 1 and June 30, notwithstanding the effects of COVID-19 on political campaigns at all levels of government.

Records show the governor had $7.1 million in the bank going into the quarter and spent just $566,000 during the period, pushing Holcomb's cash on hand over $8 million.

"As Governor Holcomb focused wholly on leading Indiana through this pandemic, he made the call in March to pause all active campaigning and fundraising. Hoosiers' vigorous support let us restart this campaign in a robust position, and today as Indiana is getting back on track, we’re able to report a historically strong position and more than $8 million in the bank."

"There's no doubt about it — whether it's polling or fundraising, the numbers show Hoosiers around the state are rallying around Governor Holcomb's leadership," Hupfer said.

The Democratic nominee for Indiana governor, Dr. Woody Myers, has not yet released any information about his campaign fundraising.

Records show the former state health commissioner had $22,155 cash on hand at the end of the first quarter reporting period.

Myers' second quarter report must be filed by July 15. 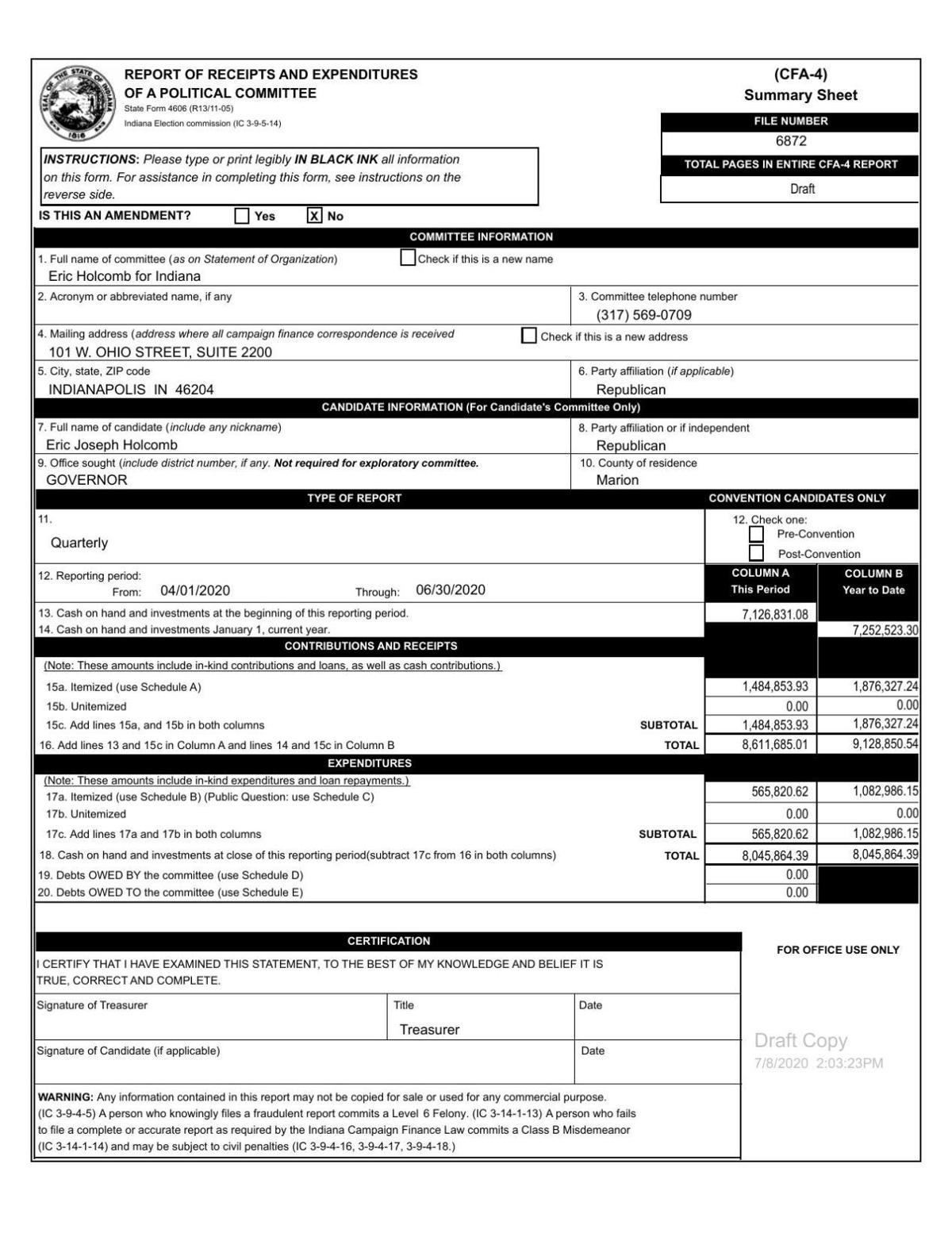 A bizarre twist! Cotton candy was invented by who?

A bizarre twist! Cotton candy was invented by who?

This Jordanian sanitation worker is a TikTok star

This Jordanian sanitation worker is a TikTok star

If the race for Indiana governor is determined by campaign fundraising then Republican Gov. Eric Holcomb already has won.

Political candidates scaling back events due to coronavirus

Candidates for national, state and local political offices are scaling back public campaign events to minimize the potential spread of coronavirus.

With Election Day still more than a year away, Gov. Eric Holcomb has raised at this point more money for his re-election bid than any chief ex…

INDIANAPOLIS — Gov. Eric Holcomb's campaign team announced Thursday that it has more than $4 million cash on hand for the Republican's expecte…

With recent shootings that have killed children and dozens of others in cities with large Black populations like New York, Atlanta and Chicago, the GOP is trying to play offense, ominously.

This year's race for Indiana governor already is an unprecedented rout — at least in terms of fundraising.