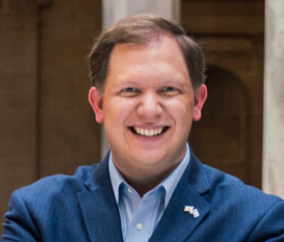 Pete Seat, a Schererville native, is competing for the Indiana Republican Party's nomination for state treasurer, set to be awarded at the June 2022 GOP state convention. 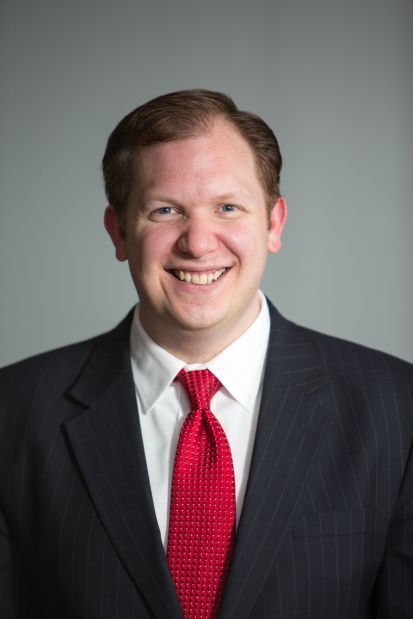 His goal, if elected next year, is to promote "freedom, prosperity, safety and capitalism" in everything the state treasurer's office does, including short- and long-term investment of public funds, managing Indiana's college savings program, and leading the state's 911 board.

"This role is not for a dispassionate money manager. The job of state treasurer is for someone with a passion for the office and a heart for service," Seat said.

"It's a role for someone with a vision for how we best invest in Indiana’s future and empower Hoosiers to plan for the best and prepare for the worst."

"I intend to solidify the gains of Treasurer Kelly Mitchell's outstanding tenure in office and accelerate the office's already lightning-fast momentum by exploring innovative ways of doing the job and spreading the good news," he said.

Mitchell, a Valparaiso University graduate, is barred by the Indiana Constitution from running for a third consecutive four-year term.

"Through his travels to all 92 Indiana counties, and his work with Republican candidates and officeholders at every level, Pete has demonstrated to me and others his conservative values, his grasp of the issues people care about, and his ability to bring people together to get important work done," Manning said.

"Pete knows what it takes to be an effective leader as state treasurer and he has a unique perspective on the importance of advancing the state treasurer’s office in a way that connects with Hoosiers."

The Republican nominee for state treasurer will be selected by the approximately 1,800 delegates attending the party's state convention in June 2022.

Two other candidates, so far, have formed committees to compete for the nomination: Morgan County Republican Chairman Daniel Elliott; and Suzie Jaworowski, of Fishers, a former coal company executive and director of Donald Trump's 2016 Indiana campaign for president.

No Hoosier Democrats are openly seeking their party's nomination for state treasurer yet. But Indiana Democratic Party Spokesman Drew Anderson is skeptical Seat will be successful in his campaign.

"It'll be tough for Pete Seat, a Bush-Cheney administration alum, to solve the Indiana Republican Party's ongoing civil war and their aversion to common-sense solutions. While he figures that out, we'll be talking about how Democrats are delivering for Hoosiers through programs like President Joe Biden's American Rescue Plan," Anderson said.

Hoosier voters will elect the next state treasurer, along with state auditor and secretary of state, at the Nov. 8, 2022, general election.

“You can do so much better than running for office.” Aspiring candidates, especially those with immense talent, hear it all the time. Why woul…

GUEST COMMENTARY: Future of GOP will be written by Republicans, not former Republicans

It was perfection. The Washington Post on Wednesday hosted a virtual event with Evan McMullin, a former Republican who ran as an independent c…

Partisanship aside, there is no greater professional bond in my opinion than the one formed by those who held similar jobs across many preside…

I hate being right. I really do. It’s a painful burden to carry on my shoulders, this crystal ball that sees so clearly into the future. But, …

“It was weird. The stadium was capped at 28 percent capacity, so it lacked the electricity that I’m used to at World Series games,” Seat said.

Three Northwest Indiana school districts are getting back the interest they paid on loans taken out last year to cover operating expenses, while awaiting their regular tax revenue distributions, amid the COVID-19 pandemic.

Pete Seat, a Schererville native, is competing for the Indiana Republican Party's nomination for state treasurer, set to be awarded at the June 2022 GOP state convention.