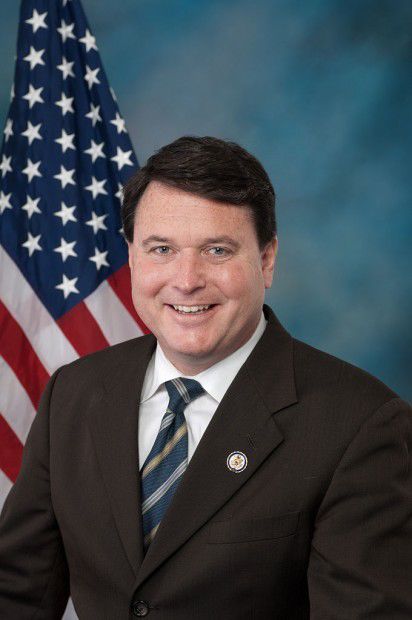 INDIANAPOLIS — A top Republican fundraiser based in Schererville is putting his financial prowess to work on behalf of U.S. Rep. Todd Rokita, a Munster native expected to announce later this year that he's running for U.S. Senate.

The three-term Brownsburg congressman, and former Indiana secretary of state, said he's proud to have in Dumezich both a friend and a man who knows how to get the resources needed to win elections at the local, state and national level.

"There is no better political fundraiser in Indiana," Rokita said.

Dumezich explained that he was drawn to serve as finance chairman for Rokita because "Todd knows Hoosiers and Hoosiers know Todd."

"With a track record of fighting hard and winning statewide, a real conservative record of accomplishment and over $1.5 million already in the bank, Todd is putting together the finance team needed, if he decides to enter the Senate race, to win the Republican nomination and defeat Joe Donnelly," Dumezich said.

Rokita is likely to square off against U.S. Rep. Luke Messer, R-Shelbyville, in what could be a bruising and costly Republican primary battle for the right to take on Donnelly, the Democratic incumbent, in the Nov. 6, 2018 general election

Messer also has a GOP heavy-hitter serving his still-undeclared campaign as finance chairman: Greg Pence, of Columbus, the brother of Vice President Mike Pence, the former governor of Indiana.

Federal campaign finance records show Messer had $1.6 million in the bank as of March 31, about $70,000 more than Rokita.

However, that difference probably won't matter much in the long run as interest groups are expected to again flood Indiana with ads for and against the candidates, as they did last year when $45.9 million was spent to influence Hoosier votes in the U.S. Senate race.

INDIANAPOLIS — Republican U.S. Rep. Luke Messer has taken a step toward a possible 2018 bid for one of Indiana's U.S. Senate seats by forming …