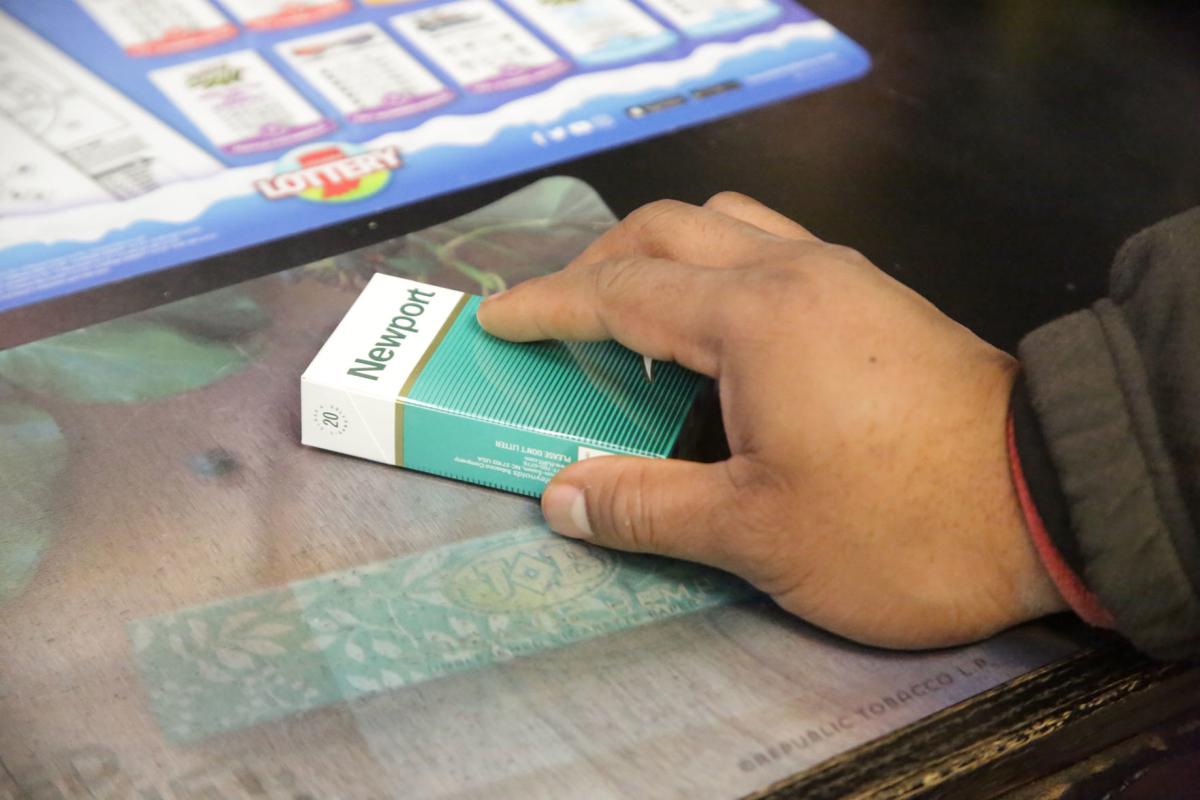 A customer picks up his pack of cigarettes at the Smoke City Center in Hobart. 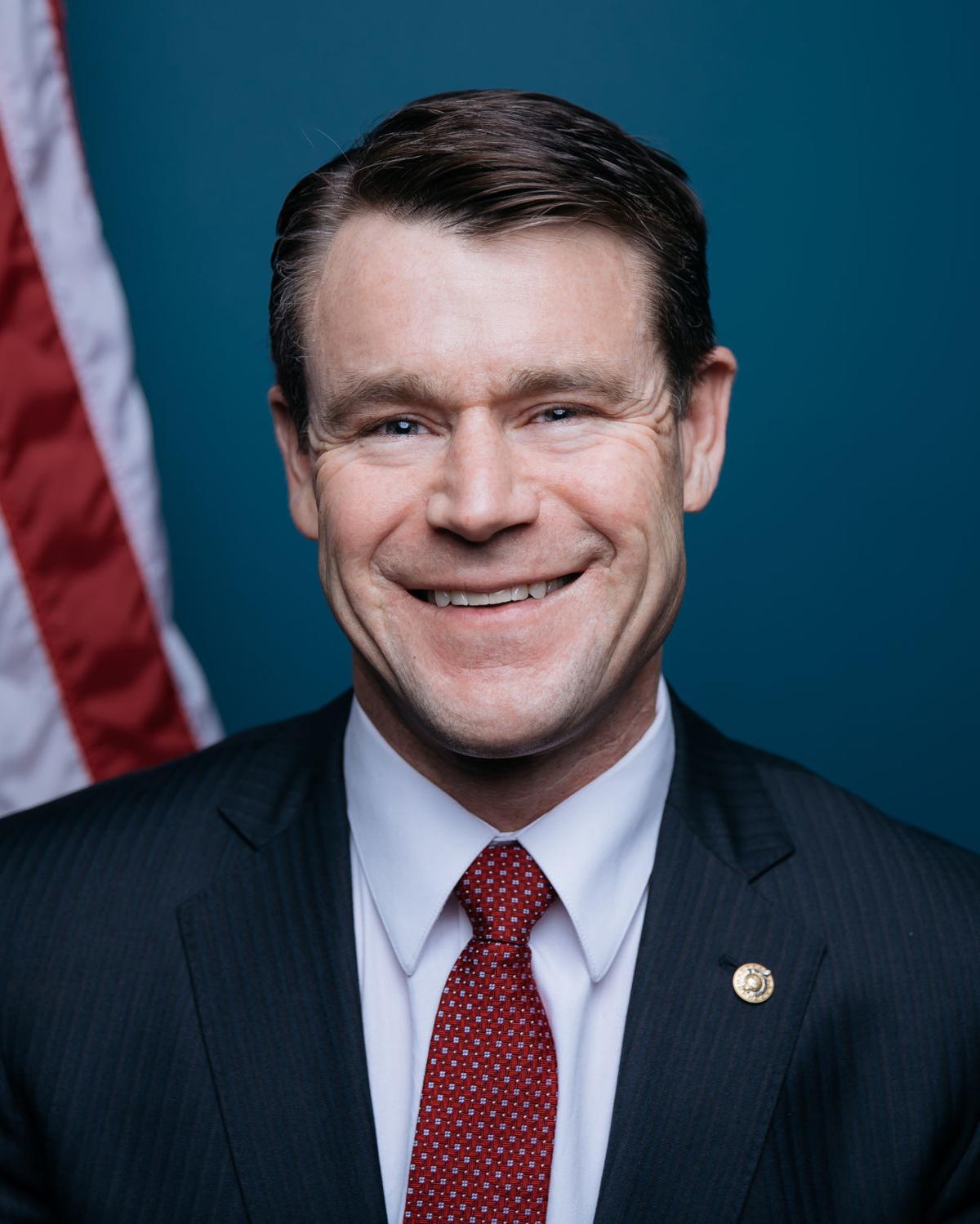 The federal government is set to permanently snuff out smoking — nationwide — by anyone under age 21.

Federal spending legislation unveiled Monday, which is expected to be approved by Congress and signed into law by President Donald Trump this week, includes a provision barring the sale of tobacco products to any person younger than 21, beginning next summer.

House Bill 1865 also requires that tobacco retailers verify the age of any purchaser younger than 30 and mandates states conduct unannounced inspections to enforce the new national minimum smoking age, or risk losing a portion of their federal health funding.

U.S. Sen. Todd Young, R-Ind., who championed the smoking age increase, said having 21 instead of 18 as the minimum age for tobacco use will reduce the surging interest in smoking among middle and high school students in Indiana and across the country.

"I've heard from countless parents that this was a problem," Young said. "Raising the legal tobacco age to 21 means that we will protect our youngest Hoosiers from the dangers of e-cigarettes and tobacco addiction."

Beyond teen smoking, Young noted Indiana also has one of the highest adult smoking rates in the country, with many Hoosiers first taking up the habit between ages 18 and 21.

According to the Centers for Disease Control and Prevention, more than one in five (21.8%) Hoosiers were smokers in 2017, the most recent year with complete data available — well above the 13.7% national smoking rate.

Young said bringing that number down by making it more difficult for younger Hoosiers to start smoking in the first place will "save a lot of lives, a lot of money, improve the productivity of our workers and ensure that our military is more ready."

Earlier this month, Republican Gov. Eric Holcomb said those figures inspired him to recommend state lawmakers raise the minimum smoking age to 21 in Indiana, as 19 states, including Illinois, and 530 localities already have done.

But that proposal faced an uncertain fate next year in the Republican-controlled General Assembly, which repeatedly has scuttled past "Tobacco 21" legislation over concerns about the estimated $7 million to $14 million a year hit to Indiana's tobacco tax revenue.

However, if the federal smoking age increase is enacted, Hoosier lawmakers simply will have to swallow the tax revenue losses associated with 18-to 21-year-old adults no longer purchasing tobacco products, since federal law supersedes state law.

Holcomb said the federal smoking prevention effort is worth it if it keeps Hoosiers from becoming addicted to tobacco.

"I am grateful Sen. Young is dedicated to raising the age at the federal level and I'm proud to partner with him as we also tackle this issue at the state level," Holcomb said. "I'm confident we will work together to help Hoosiers achieve better health outcomes."

INDIANAPOLIS — The Hoosier State next year could join Illinois and 17 other states that have set 21, instead of 18, as the minimum age to purc…

A proposal championed by U.S. Sen. Todd Young, R-Ind., setting 21 as the nationwide minimum age to purchase cigarettes and other tobacco produ…

INDIANAPOLIS — U.S. Sen. Todd Young, R-Ind., is supporting the Senate's Republican leader in his new effort to set 21 as the minimum age, nati…

INDIANAPOLIS — Hoosiers would have to be at least 21 years old to purchase cigarettes, other tobacco products or electronic cigarette liquids …

INDIANAPOLIS — No one at the Statehouse doubts that hiking Indiana's cigarette tax by $2 per pack will reduce smoking rates, particularly amon…

An Indiana watchdog agency is seeking a two-year suspension of Attorney General Curtis Hill's law license over allegations that the Republican drunkenly groped three women at a bar.

Under the House proposal, the minimum penalty for selling tobacco products to an underage patron increases to $500 from $200.

A customer picks up his pack of cigarettes at the Smoke City Center in Hobart.