FBI fears 'insider attack' on inauguration; all troops being vetted 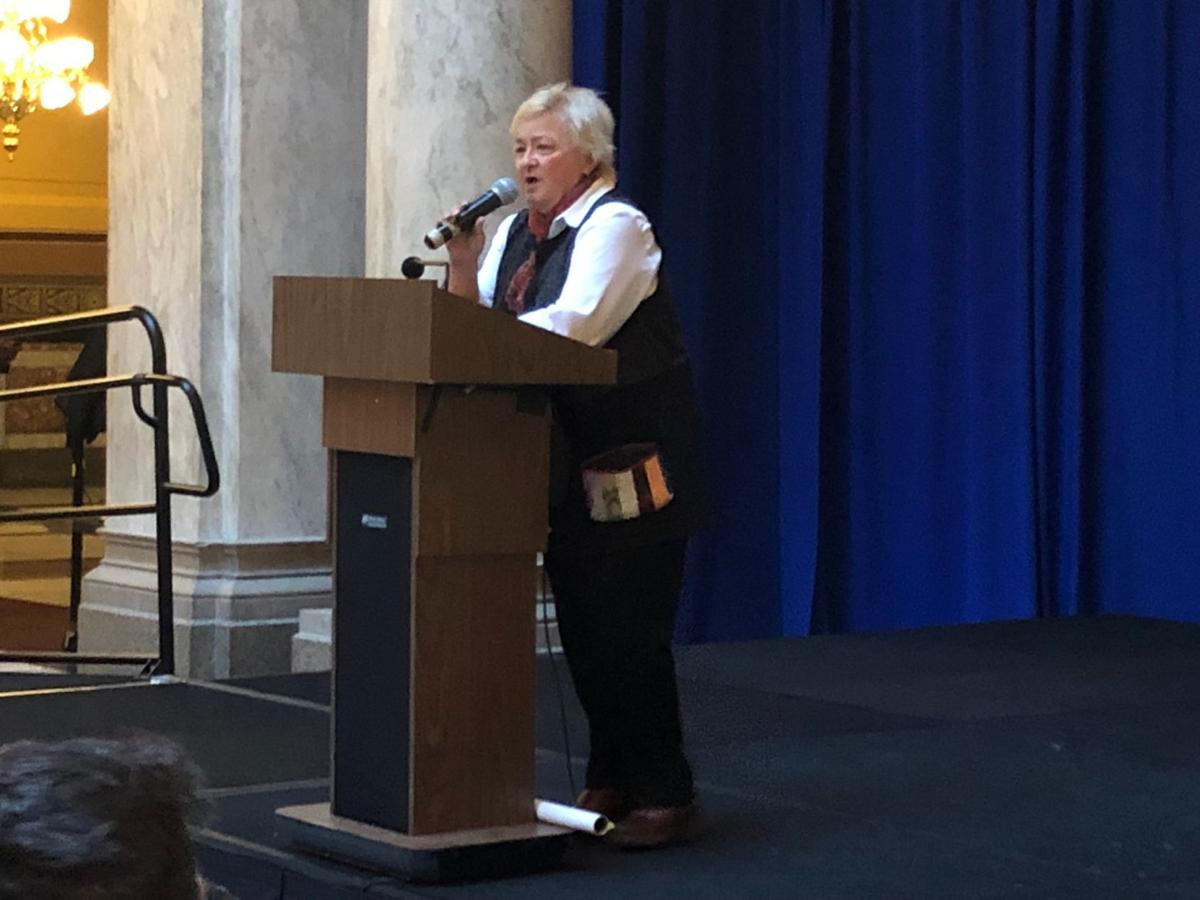 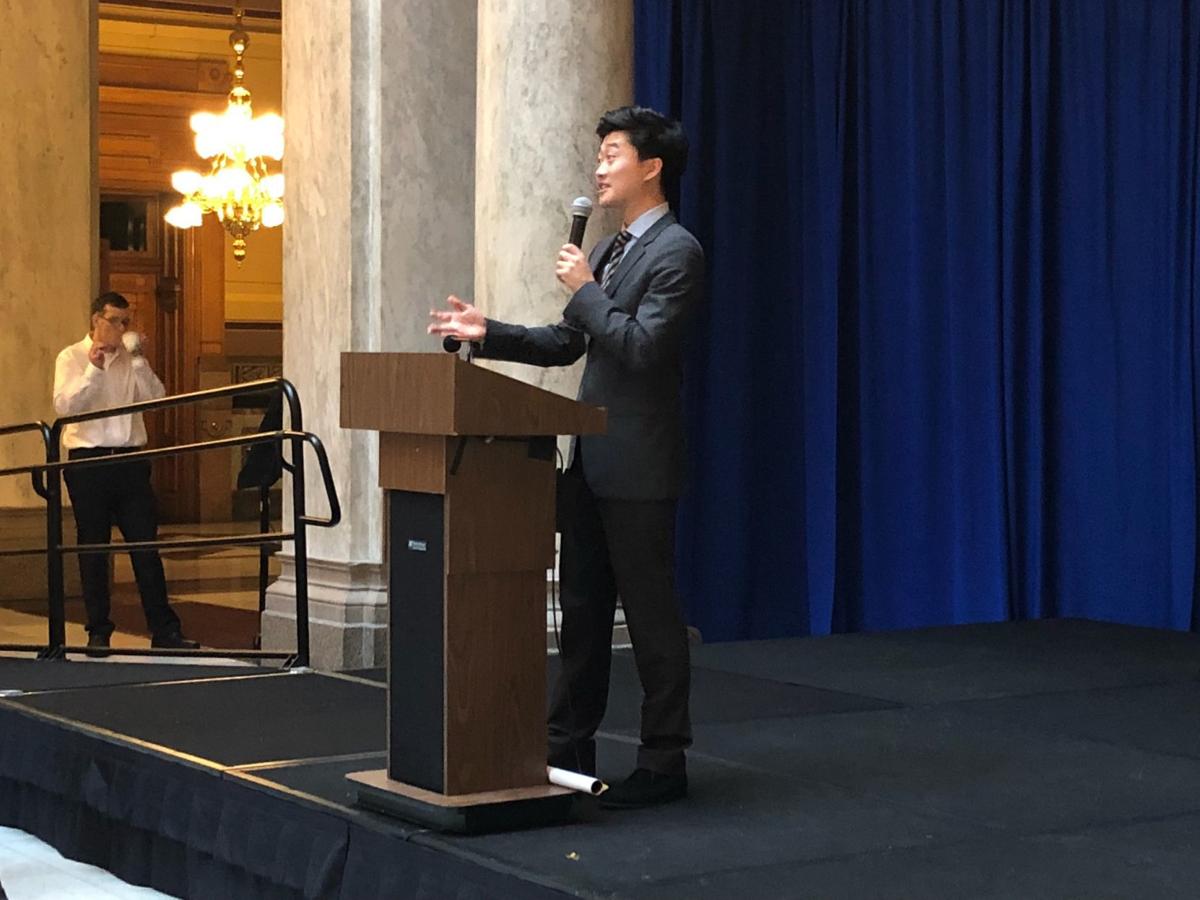 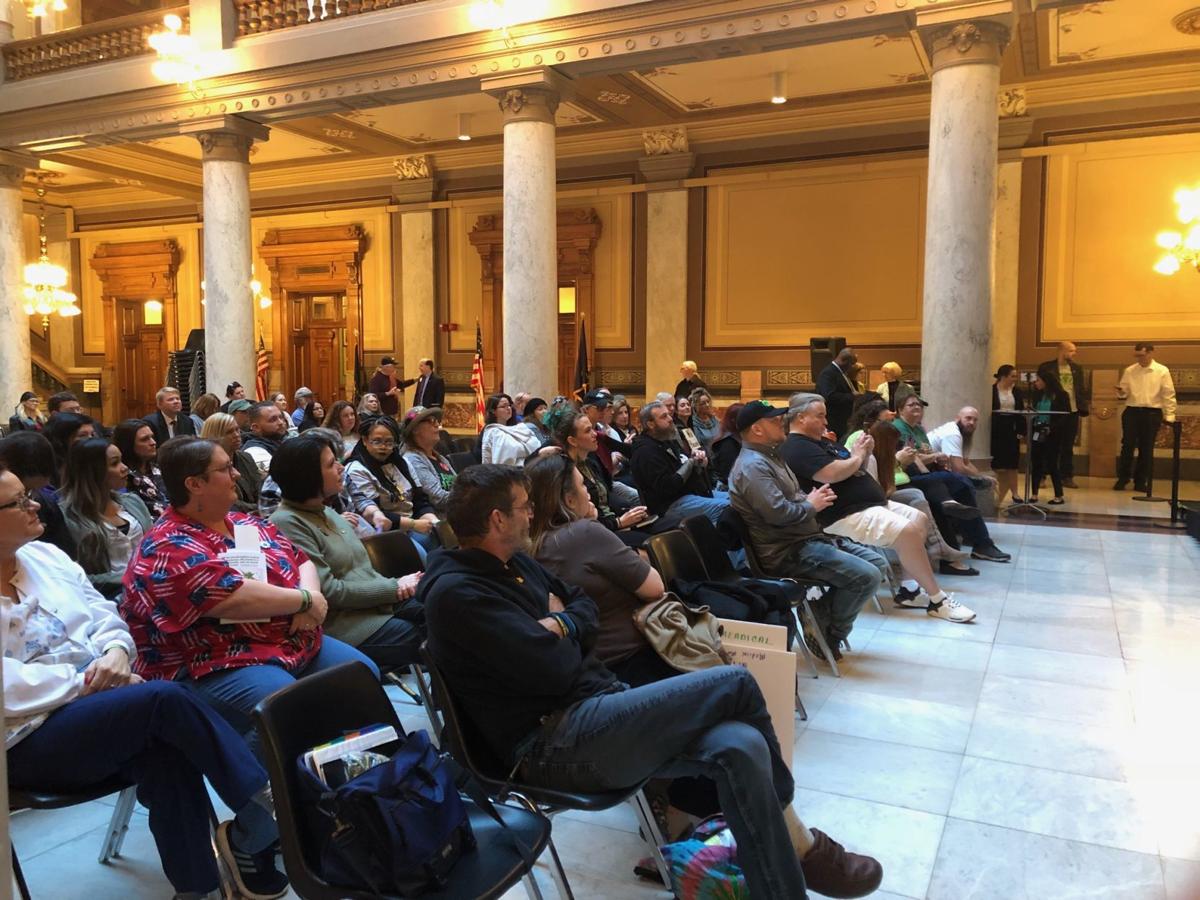 Advocates for legalizing medicinal marijuana in Indiana held a rally Tuesday at the Statehouse.

INDIANAPOLIS — Advocates for legalizing medicinal marijuana were advised Tuesday by several Hoosier lawmakers not to get discouraged by Republican Gov. Eric Holcomb's opposition to Indiana joining the 33 states where cannabis is an accepted treatment.

State Rep. Jim Lucas, R-Seymour, told some 75 participants at a Statehouse medical cannabis rally to call their local legislators and tell them that legalization is "the right thing to do."

"Not one state (that has legalized medical cannabis) has rescinded it. Not one. They've all expanded the programs," Lucas said. "And there's a good reason for that, and the reason is, it works."

"Their leaders had the courage to be intellectually honest, and look at the facts, and not rely on stigma and misinformation."

State Sen. Karen Tallian, D-Ogden Dunes, who for years has led what she described as "an inch-by-inch fight" to bring lawmakers around to supporting marijuana, said she's committed to "just keep doing it until it gets done."

"The rest of the country is doing this, and Indiana doesn't need to be last," Tallian said.

Tallian is sponsoring three marijuana proposals in the 2019 legislative session, including measures to legalize medicinal marijuana, legalize recreational marijuana and establish a state cannabis commission to regulate the marijuana industry.

She's doubtful that recreational marijuana will get a hearing in the Republican-controlled Indiana Legislature, despite Michigan voters recently approving a referendum to legalize it.

But Tallian believes there's a chance that medicinal marijuana and the cannabis commission could advance for at least a committee vote, if not more.

New state Rep. Chris Chyung, D-Dyer, proclaimed at the rally that he's on board.

Chyung said legalization would help Hoosier military veterans who find relief using marijuana, give Indiana farmers a new crop to grow and save the state money by no longer incarcerating individuals who possess small amounts of marijuana.

"It's a triple win for the state of Indiana, and it makes common sense," Chyung said.

INDIANAPOLIS — The Hoosier state is unlikely this year to join the 10 states, including Michigan, that have legalized recreational marijuana u…

INDIANAPOLIS — Gov. Eric Holcomb publicly admitted Wednesday he used marijuana while he was a student at Hanover College in southern Indiana.

The state's most populous county no longer will prosecute adults who are arrested for possessing up to 1 ounce of marijuana.

An Indiana lawmaker's Facebook post featuring an image of a nearly naked dancing African child and the words "We gon' get free money!" is being called racist and spurring calls for his resignation.

Advocates for legalizing medicinal marijuana in Indiana held a rally Tuesday at the Statehouse.