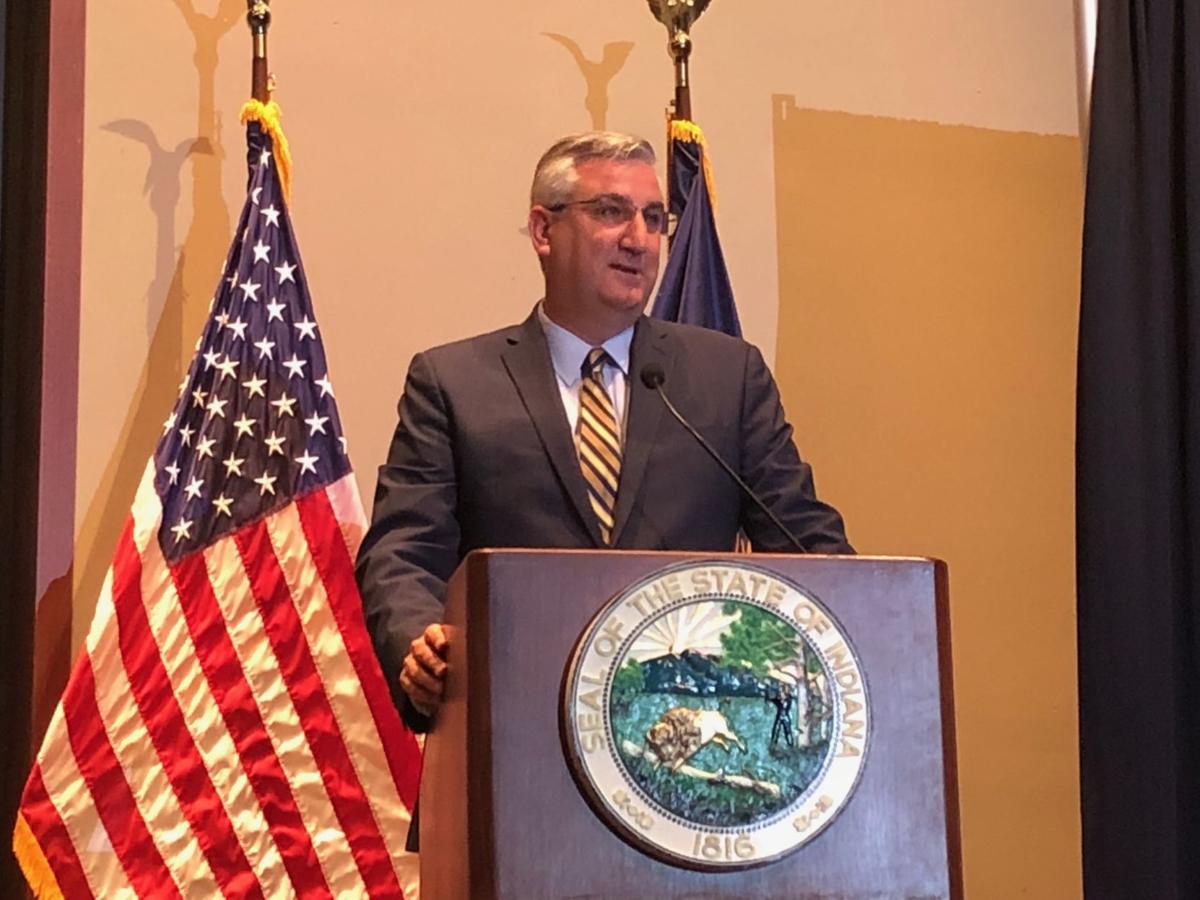 Gov. Eric Holcomb announces Monday his commitment to implement all 20 items recommended by an independent assessment firm to improve the Indiana Department of Child Services. 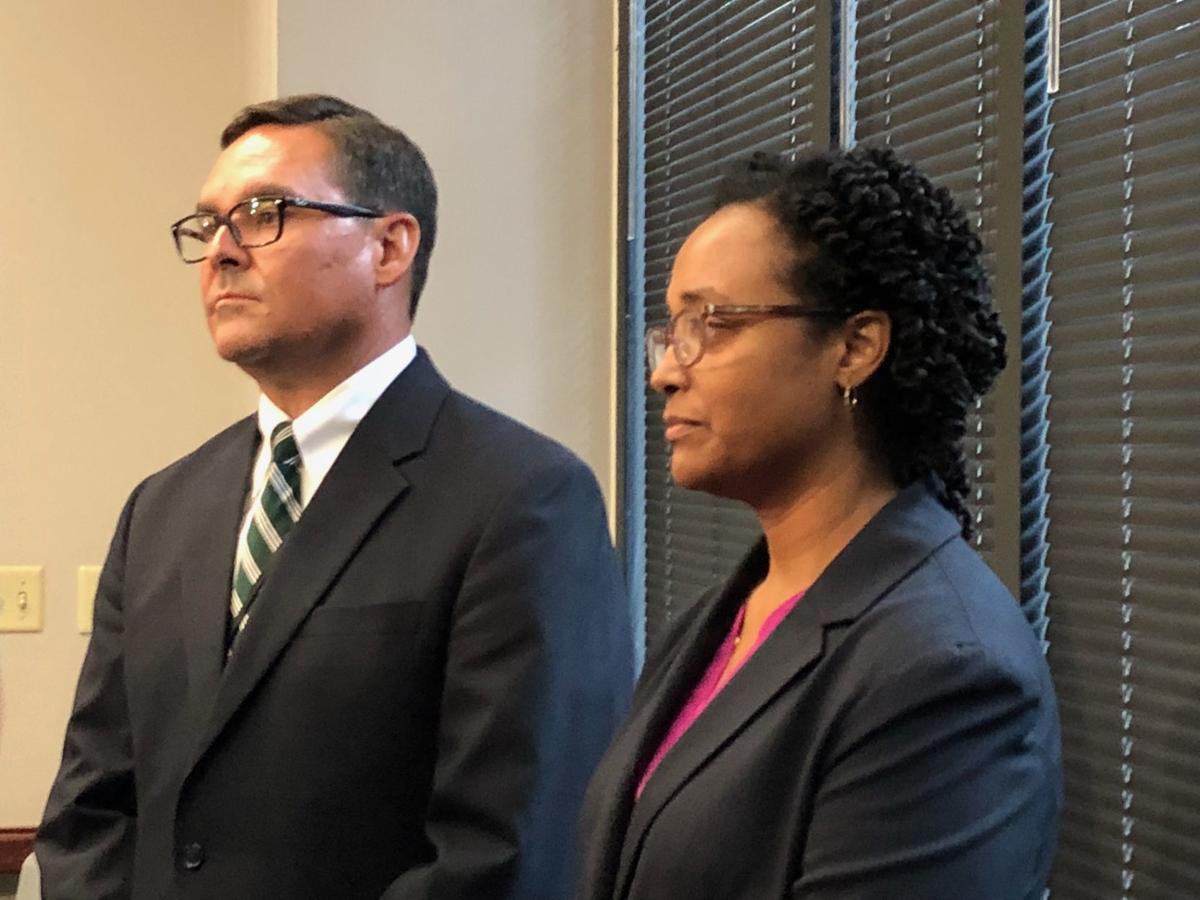 INDIANAPOLIS — For the sixth time in six years, outside experts have analyzed the Indiana Department of Child Services, identified its strengths and weaknesses, and recommended ways to improve the agency responsible for protecting more than 26,000 abused and neglected Hoosier children.

The 116-page report issued Monday by the Alabama-based Child Welfare Policy and Practice Group in many ways echoes its predecessors by finding that too many Indiana children are being removed from their homes; DCS staff are underpaid and feel trapped in a "culture of fear"; and the agency may be struggling to do too much.

This time, however, Gov. Eric Holcomb insisted that the white binders containing the $146,630 agency review won't just be tossed on a shelf and ignored.

Instead, the Republican committed to implementing all 20 recommendations, and proclaimed that the document will guide his administration in the years ahead as it works to rebuild an agency that its previous director suggested was endangering children's lives.

"These changes must be put into motion — and they will be," Holcomb said. "We have to take a different approach if we want to realize different results."

Meyer is tasked specifically with implementing the report recommendations in conjunction with DCS Director Terry Stigdon.

Holcomb also directed the Office of Management and Budget to allocate Stigdon $25 million from the state's nearly $2 billion budget reserve in order to provide the 4,084 DCS employees pay raises, as well as increased training and educational opportunities.

Beyond that, Holcomb suggested it largely will be up to DCS itself, or related entities, such as the Commission on Improving the Status of Children in Indiana, led by Chief Justice Loretta Rush, to figure out how exactly to put the recommended changes into practice.

It likely won't be easy. Among the more controversial recommendations:

The Child Welfare Policy and Practice Group did not estimate the cost to implement all of its recommendations. Several are likely to require General Assembly approval.

Holcomb, likewise, declined to project how much more Hoosier taxpayers might be asked to spend on DCS. This year the agency will consume $1.2 billion, up from $908 million in 2014.

"There's a lot of moving parts, there's a lot of implementation that has to occur, and as you improve in one area that can draw down costs in another area," Holcomb said. "It's synchronizing all of those actions that makes this one of the most challenging jobs on the face of the planet."

State Rep. Ed Delaney, D-Indianapolis, who attended the governor's announcement, said he was skeptical that the sixth DCS review and recommendations will fare any better than the five that preceded it.

"If they want to do something — if — I'm all for it," Delaney said. "There was a great focus on the employees, and I think that's very legitimate.

"But our governor and the head of this agency admitted that their employees have been in a long-term 'culture of fear,'" Delaney said. "Well, there have been three Republican administrations in a row. Where did that 'culture of fear' come from?"

Immediately after the report's release, House Speaker Brian Bosma, R-Indianapolis, announced that the Legislative Council, composed of House and Senate leaders, will meet July 2 to review the analysis and discuss next steps.

"Protecting Indiana’s most vulnerable children continues to be a top priority for the General Assembly, and it’s clear that more must be done to ensure child safety and better outcomes," Bosma said.

"When previous reforms never got past lip service, Hoosiers are right to doubt Holcomb’s credibility now," Zody said. "Holcomb should start by apologizing to families who lost children for failing to do his job to protect them."

The entire DCS report is available to read online at nwi.com.

The Department of Child Services will hold a news conference at 9 a.m. Tuesday at the Lake County Public Library, 1919 81st Ave., Merrillville, to review the completed Child Welfare Policy and Practice Group assessment. DCS Director Terry Stigdon will be available to answer any questions about the results and to go over the agency’s intended action plans to better help Indiana’s children.

Report: Indiana investigates more parents for abuse and neglect and puts them into the court system than the vast majority of states

MERRILLVILLE — Indiana gets more child abuse and neglect referrals and investigates more parents than all but a few states. Yet the vast major…

House speaker 'disturbed' DCS failed to act on past reports

INDIANAPOLIS — The Alabama-based Child Welfare Policy and Practice Group on Monday will release its six-month, top-to-bottom review of Indiana…

Outside review of Indiana's child welfare agency is underway

INDIANAPOLIS — Gov. Eric Holcomb is disputing allegations by the outgoing head of the Department of Child Services who claims the governor's m…

INDIANAPOLIS | The Department of Child Services immediately will hire 113 new family case managers, on top of the 100 added earlier this year,…

INDIANAPOLIS | The perennially cash-strapped Department of Child Services paid $627,168.82 in late fees to vendors during the 2011-13 budget y…

INDIANAPOLIS | Leaders of Indiana's executive, judicial and legislative branches met Wednesday to begin finding ways of working together on be…

The number of Hoosier children dying from abuse or neglect is holding steady, though still well above prior years, according to new data from the Department of Child Services.

Gov. Eric Holcomb announces Monday his commitment to implement all 20 items recommended by an independent assessment firm to improve the Indiana Department of Child Services.