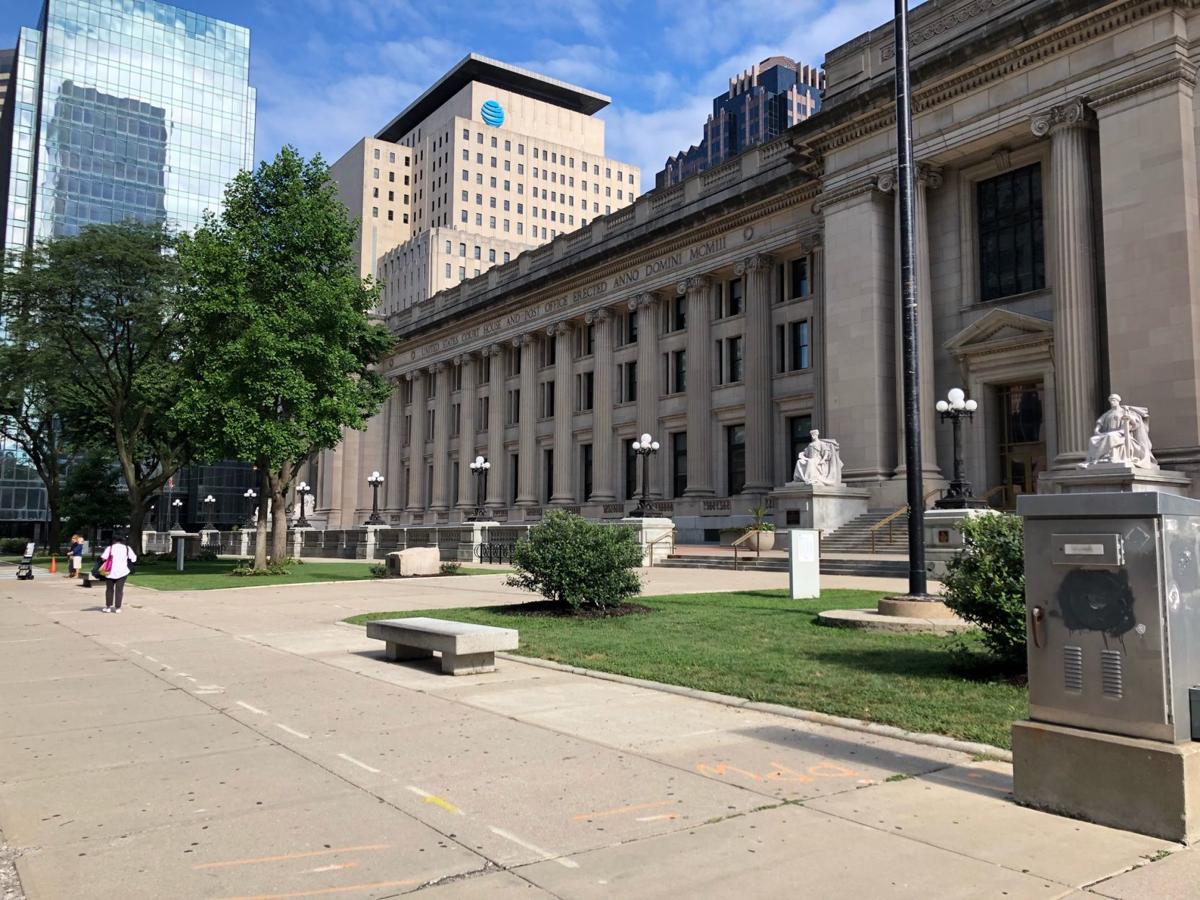 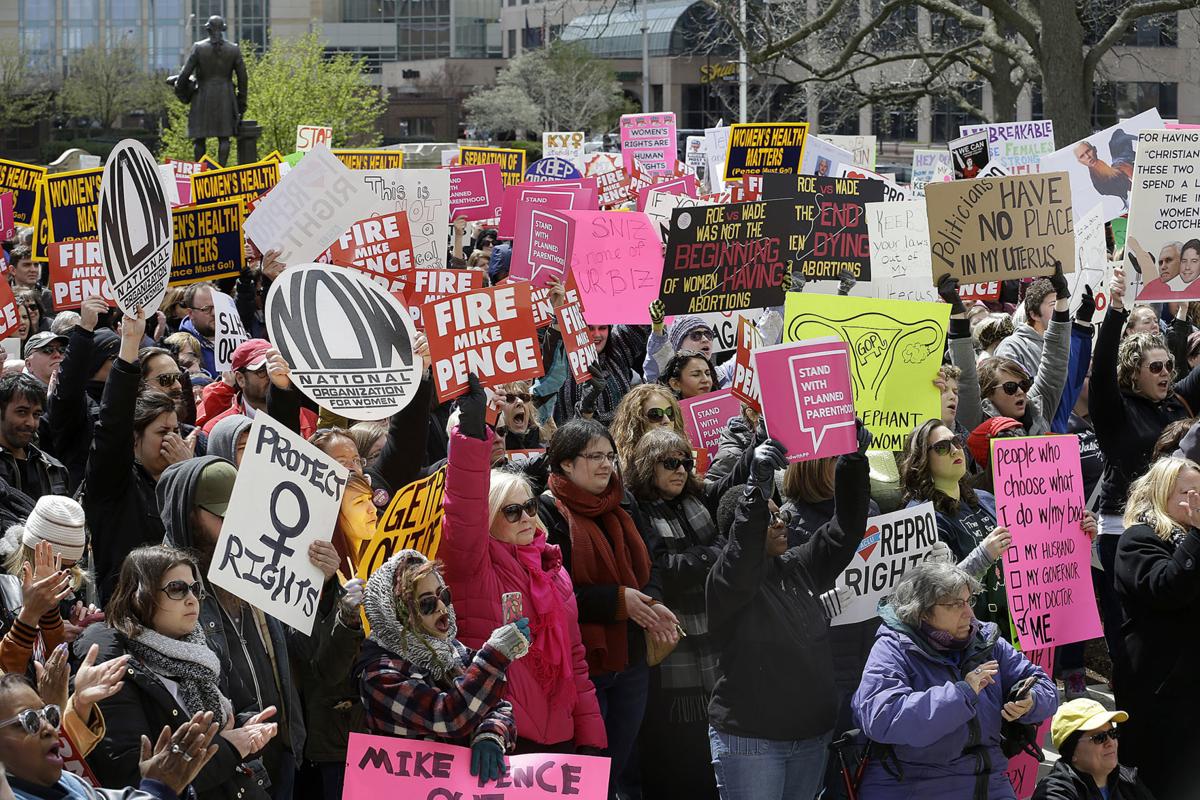 In this April 9, 2016, file photo, hundreds of abortion rights supporters gather at the Indiana Statehouse in Indianapolis to protest an anti-abortion law signed by former Gov. Mike Pence, that is among the most restrictive in the U.S.

Hoosier taxpayers are forking over a six-figure legal fee to the Indiana chapter of the American Civil Liberties Union, after the civil rights organization successfully challenged the constitutionality of a 2016 abortion restriction enacted by now-Vice President Mike Pence.

Federal law allows judges to require the government to pay a plaintiff's legal fees in some civil rights cases as an incentive to challenge potentially unconstitutional statutes, while also deterring frivolous lawsuits since only successful litigants are eligible for payment.

In this case, the federal trial court in Indianapolis, federal appeals court in Chicago, and the U.S. Supreme Court all refused to allow a key provision of the Pence-championed House Enrolled Act 1337 to take effect.

It would have prohibited sex- or race-selective abortions, and required a pregnant woman who learned her child would be born with Down syndrome, another genetic disease or physical deformities that aren't immediately lethal, to carry the pregnancy to term and give birth.

At the same time, the nation's high court did permit a separate provision of the law to go into force requiring abortion providers to pay to bury or cremate any embryonic or fetal remains in their possession.

Pratt said she took that partial win for the state into consideration by not requiring the attorney general reimburse the Indiana ACLU for another $84,853.02 in legal fees connected to that portion of the case.

Hannah Brass Greer, PPINK's chief legal counsel, said the health organization is glad the court recognized its attorneys were entitled to reimbursement of their fees.

"If the state of Indiana continues to pass unconstitutional legislation we will continue to challenge them in court and it will continue to be the taxpayers left paying the bill," Greer said.

The attorney general's office declined to specifically address the judge's order to pay PPINK's legal fees in its statement on the case.

"In light of the fetal remains discovered in Illinois, we are especially grateful that the Supreme Court reversed the district court's earlier decision that purported to invalidate Indiana's fetal-remains law."

An analysis of state spending records by The Times shows Indiana paid more than $3 million to the ACLU between 2011 and 2020 following the group's successful challenges to unconstitutional state laws.

The U.S. Supreme Court ruled Tuesday that a provision of a 2016 Indiana law mandating the burial or cremation of aborted fetuses by abortion p…

INDIANAPOLIS — Two Hoosier organizations committed to preserving the right of women to choose abortion are urging the U.S. Supreme Court to le…

INDIANAPOLIS — A lawsuit over a 2016 Indiana abortion statute, enacted by now-Vice President Mike Pence, could be the vehicle used by new Just…

INDIANAPOLIS — When a federal judge recently struck down portions of a 2016 Indiana law limiting the right to abortion, she also set the stage…

INDIANAPOLIS — A pair of controversial abortion restrictions, enacted by Vice President Mike Pence in 2016 while Indiana governor, have been f…

A new Indiana law encourages, but does not require, women completing a pill-induced abortion to collect the embryonic remains and return them for what supporters consider "dignified" disposal.

In this April 9, 2016, file photo, hundreds of abortion rights supporters gather at the Indiana Statehouse in Indianapolis to protest an anti-abortion law signed by former Gov. Mike Pence, that is among the most restrictive in the U.S.