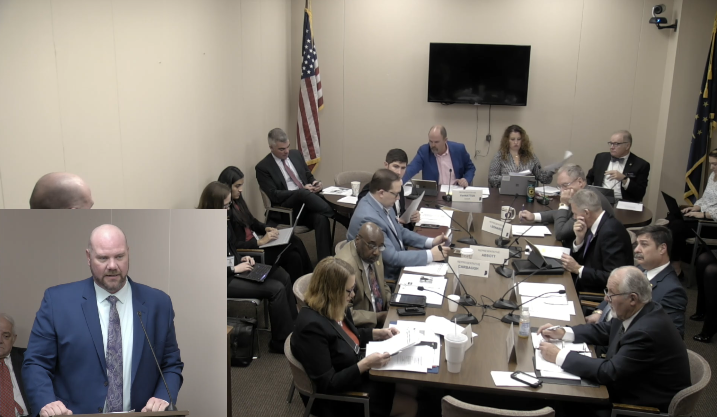 State Rep. Alan Morrison, R-Brazil, inset, speaks Jan. 14, 2020 to the House Committee on Employment, Labor and Pensions about his proposal to prohibit Indiana employers from requiring their workers be microchipped as a condition of employment. House Bill 1143 was unanimously approved by the committee and is set for a vote by the full House Tuesday. 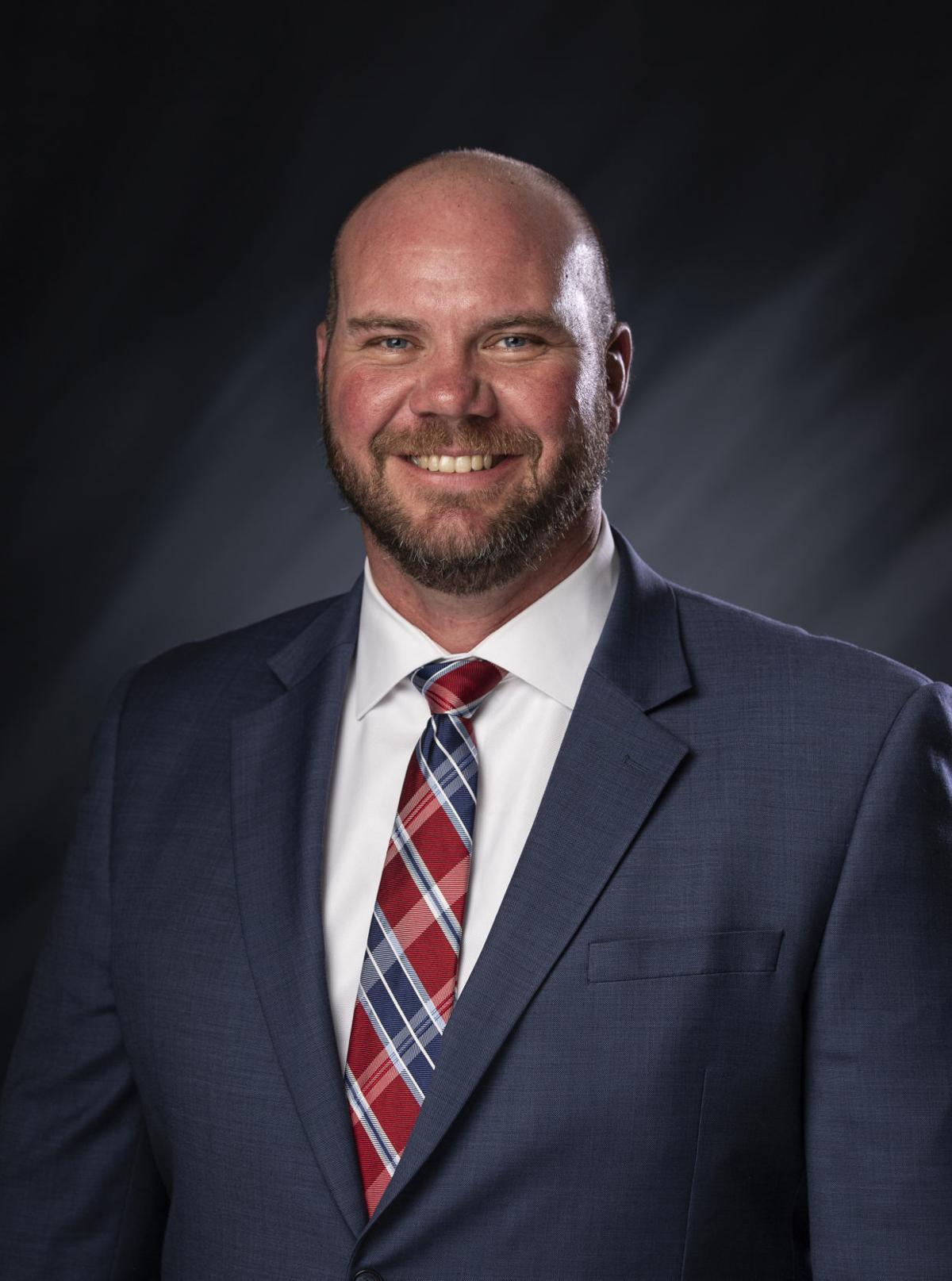 The Indiana House is poised to vote Tuesday on what may be the most significant piece of pro-worker legislation since Republicans took majority control of the chamber in 2011.

It's not an increase in the state's $7.25 per hour minimum wage, unchanged since 2009. It's not a requirement that businesses provide employees with their work schedules a week in advance. And it certainly won't make it easier for workers to organize into unions and collectively bargain for wages and benefits.

Instead, House Bill 1143 would expressly prohibit an employer from requiring an employee, or a job candidate, to have an identification or tracking device implanted in their body as a condition of employment.

There currently are no employers in the United States that require employees have a device implanted or otherwise incorporated into their bodies as a condition of employment, according to the nonpartisan Legislative Services Agency.

But state Rep. Alan Morrison, R-Brazil, the sponsor, said one company in Wisconsin and several in Sweden are using employee microchips on a voluntary basis, and he's concerned about the trend coming to the Hoosier State.

"When I came up with this three years ago, I promise you I wasn't wearing my aluminum foil hat — not that I have one — but I wasn't wearing one either," Morrison said. "It is actually a real thing that's happening. It's becoming more and more pervasive throughout the world."

The microchips are about the size of a grain of rice and usually inserted between the thumb and forefinger. A chipped worker simply can wave his or her hand in front of a reader to unlock doors, log in to computers and make vending machine purchases.

The chips generally are considered more secure than employee identification cards or tracking bracelets, like those used for admission and hotel room access at Disney World or on cruise ships, because the chips cannot easily be removed and given to another person.

"If somebody wants to do that — I wouldn't want to — but that's fine on them, I guess," Morrison said. "However, I don't think an employer should be able to mandate an employee does that."

Morrison noted nothing in state law currently prohibits such a mandate. More importantly, he said because Indiana is an "at-will" employment state, a company can refuse to hire or choose to discharge any employee, at any time and for any reason, so long as the decision is not discriminatory in intent.

Under his proposal, an Indiana company only could require an employee be microchipped if directed by a court order. Otherwise, any employer demand for a worker to implant, inject, inhale or ingest an identification or tracking device would be prohibited.

If enacted into law, an Indiana employer who ignores the prohibition could be subject to a civil lawsuit by an employee or prospective employee for actual damages, court costs and reasonable attorney fees.

The legislation does not, however, authorize punitive damages against a non-compliant employer, which dramatically could increase the financial award payable to workers chipped against their will.

"This is definitely a future we don't want," Rimsans said. "It should be free will whether something goes into your body."

The committee, which includes state Rep. Chuck Moseley, D-Portage, and state Rep. Lisa Beck, D-Hebron, voted unanimously to send the measure to the full House for a decision on whether to next advance it to the Republican-controlled Senate.

Indiana employers can continue asking job applicants about criminal past

INDIANAPOLIS — Gov. Eric Holcomb is poised to give rehabilitated criminals the opportunity to apply for state jobs without disclosing prior il…

INDIANAPOLIS | The Indiana General Assembly may once against substitute its wisdom for decisions by locally elected officials, and the outcome…

INDIANAPOLIS | As cities across the country increase the minimum wage businesses must pay their employees, Northwest Indiana communities won't…

Scammers posing as court employees are calling people with cases pending before the court and asking them for their Social Security number, officials said.

He said he didn't think Indiana should be among the first to adopt such a restriction when no one knows how the technology might develop.

The nonexistent threat posed by Indiana companies requiring workers to be forcibly microchipped is on the verge of being extinguished.

It's official — your employer cannot legally microchip you.

State Rep. Alan Morrison, R-Brazil, inset, speaks Jan. 14, 2020 to the House Committee on Employment, Labor and Pensions about his proposal to prohibit Indiana employers from requiring their workers be microchipped as a condition of employment. House Bill 1143 was unanimously approved by the committee and is set for a vote by the full House Tuesday.