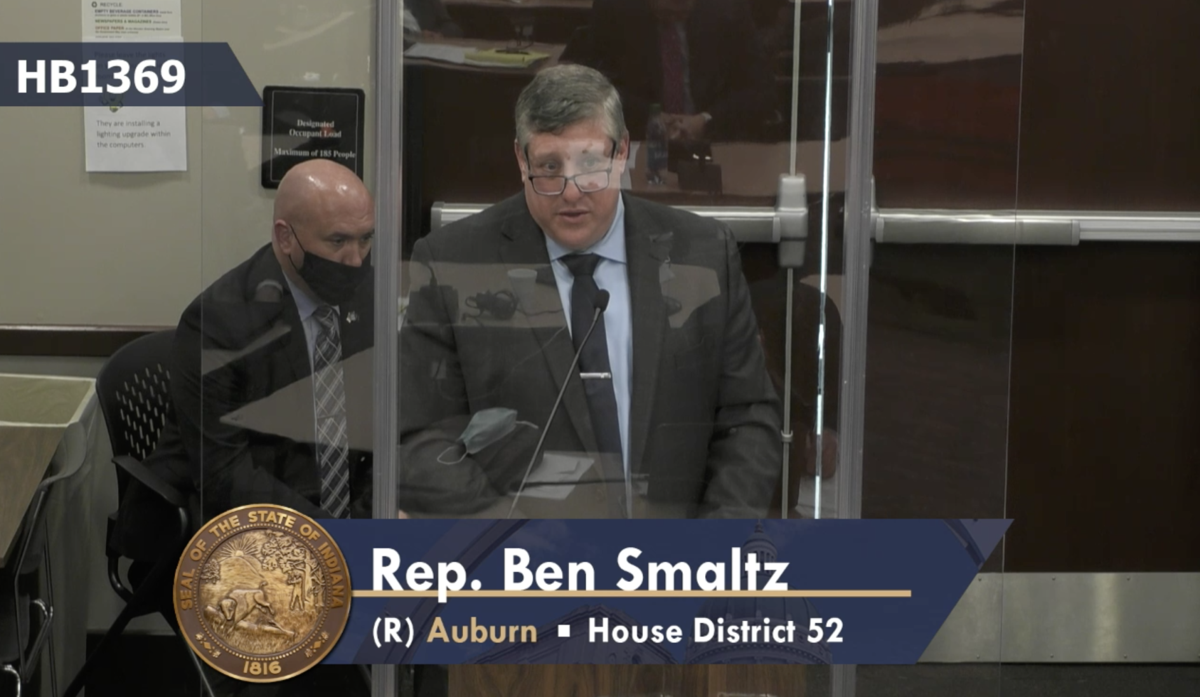 State Rep. Ben Smaltz, R-Auburn, speaks Monday at the Indiana House in favor of legislation to eliminate the state licensing requirement for carrying a handgun in public. 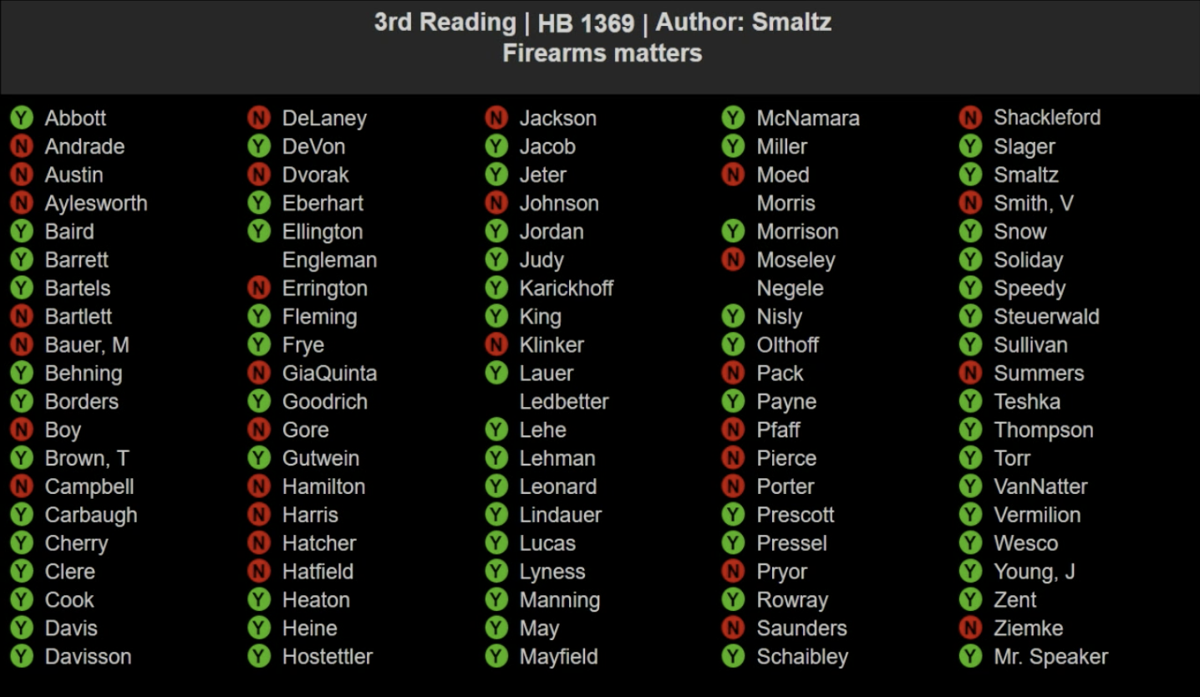 The Republican-controlled House agreed Monday to flip the process for who is allowed to carry a handgun in public places in Indiana.

Instead of requiring eligible Hoosiers to obtain a handgun carry permit from the police, the House voted 65-31 to allow any handgun owner to automatically have their gun with them at all times without the police background check, fingerprinting and fees currently required by Indiana statutes.

If House Bill 1369 becomes law, Indiana would be the 18th state to enact so-called “constitutional carry,” based on the idea that the federal and state constitutions bar any impediments to the right to bear arms.

“We’re talking about the lawful person who has to jump through significant hoops where permits are not available in a few days; it’s more like months,” said state Rep. Ben Smaltz, R-Auburn, the sponsor.

The measure provides that convicted felons, fugitives, individuals not legally present in the United States, people convicted of domestic violence or criminal stalking, adjudicated mentally defective, dishonorably discharged from the military or National Guard, and individuals under the age of 18 still may not carry a handgun in public.

However, there currently is no database of every person in Indiana prohibited from owning a gun — a concern that spurred opposition to the measure from the Indiana State Police and other law enforcement agencies.

State Rep. Terri Austin, D-Anderson, said it’s unrealistic to expect such a database combining medical records, criminal records, military records, and other information held by the federal, state and local governments to be created prior to the proposal’s March 30, 2022 elimination of handgun carry licensing requirements.

“You can’t say, ‘I believe and trust in our men and women in blue, and I will stand with them every single time.’ Yet when they come to us and say, ‘This is not a good idea,’ we totally and flagrantly disregard their concerns and their testimony,” Austin said.

Austin also noted the right to vote is constitutionally protected, just like the right to keep and bear arms, and lawmakers who favor eliminating handgun carry restrictions should similarly back off proposals that would make it harder for Hoosiers to participate in elections.

The legislation, which now goes to the Republican-controlled Senate, still allows Hoosier handgun owners to go through the licensing process if they want a no-cost “reciprocity license” to lawfully carry a handgun in other states where a license still is required.

Deal reached to get Calif. kids back in classrooms

Indiana law currently is silent on whether Hoosiers licensed to carry firearms in public are allowed to bring a handgun with them when they go vote.

INDIANAPOLIS — In front of some of the nation's most enthusiastic gun owners, President Donald Trump and Gov. Eric Holcomb separately signed m…

Hoosier lawmakers OK guns in schools when building is used by, or attached to, a house of worship

State Rep. Ben Smaltz, R-Auburn, speaks Monday at the Indiana House in favor of legislation to eliminate the state licensing requirement for carrying a handgun in public.