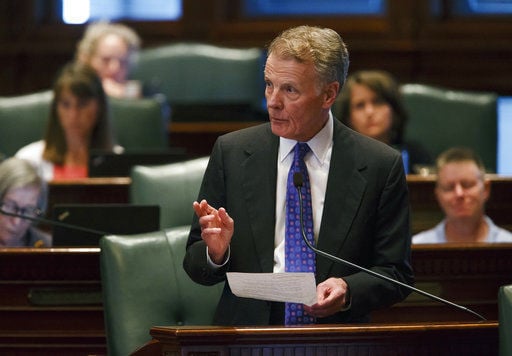 Illinois Speaker of the House Michael Madigan, D-Chicago, gives a speech following the Illinois House's voting to override Gov. Rauner's veto and pass a budget for the first time in two years during the overtime session at the Illinois State Capitol Thursday. 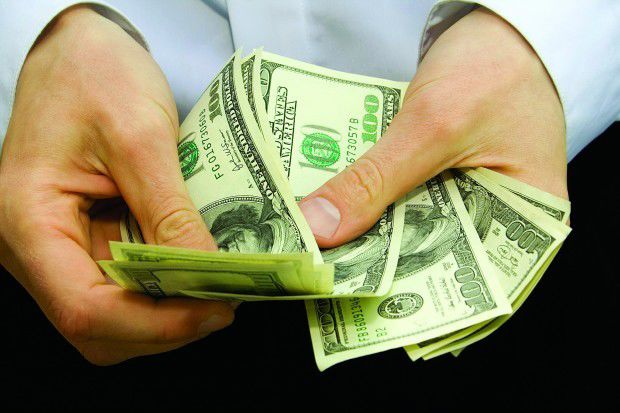 INDIANAPOLIS — The personal and corporate income tax rate increases enacted last week by the Democratic-controlled Illinois General Assembly — over the veto of Republican Gov. Bruce Rauner — could be a boon for Indiana.

"We've had a lot of businesses from Illinois looking at Indiana in the past because of our business climate," said Abby Gras, spokeswoman for the Indiana Economic Development Corp., the state's commerce department.

"We would expect that to continue as Indiana continues to focus on ensuring that we're a state that works for business."

Together they are expected to raise about $4.75 billion a year in badly needed new revenue.

Combined with $2.5 billion in spending cuts, also approved last week over the governor's veto, Illinois should be on track to reduce its $15 billion backlog of past-due payments to schools, social service agencies and numerous other state vendors.

Though, as Illinois boosters are quick to point out, when Indiana's county income taxes are added to the state rate there is a rough equivalence between Illinois' 4.95 percent rate and most Indiana counties.

Porter County remains a bargain with a combined state and county income tax rate of 3.73 percent. It's 4.18 percent in LaPorte County and 4.23 percent in Newton County.

Jasper County exceeds Illinois with its combined income tax rate of 6.094 percent, as does Marion County (Indianapolis) at 5 percent.

Indiana unquestionably has the upper hand over Illinois on corporate income taxes.

The Indiana rate stands at 6 percent after dropping from 6.25 percent on July 1.

It's scheduled to continue declining in quarter-point increments over the next four years until settling at 4.9 percent in July 2021.

Moreover, the Republican-controlled Indiana General Assembly has vowed not to tinker with the planned rate cuts, except possibly to make them larger or take effect sooner, giving Hoosier companies the tax certainty that many look for when hiring or planning long-term investments.

Watch now: Scene is quiet a few blocks away from Somers House following active shooter after 3 a.m. near Carthage College

Inquiries about moving businesses from Illinois to Northwest Indiana have spiked, Region officials say, since the Land of Lincoln passed a bud…

Illinois Speaker of the House Michael Madigan, D-Chicago, gives a speech following the Illinois House's voting to override Gov. Rauner's veto and pass a budget for the first time in two years during the overtime session at the Illinois State Capitol Thursday.