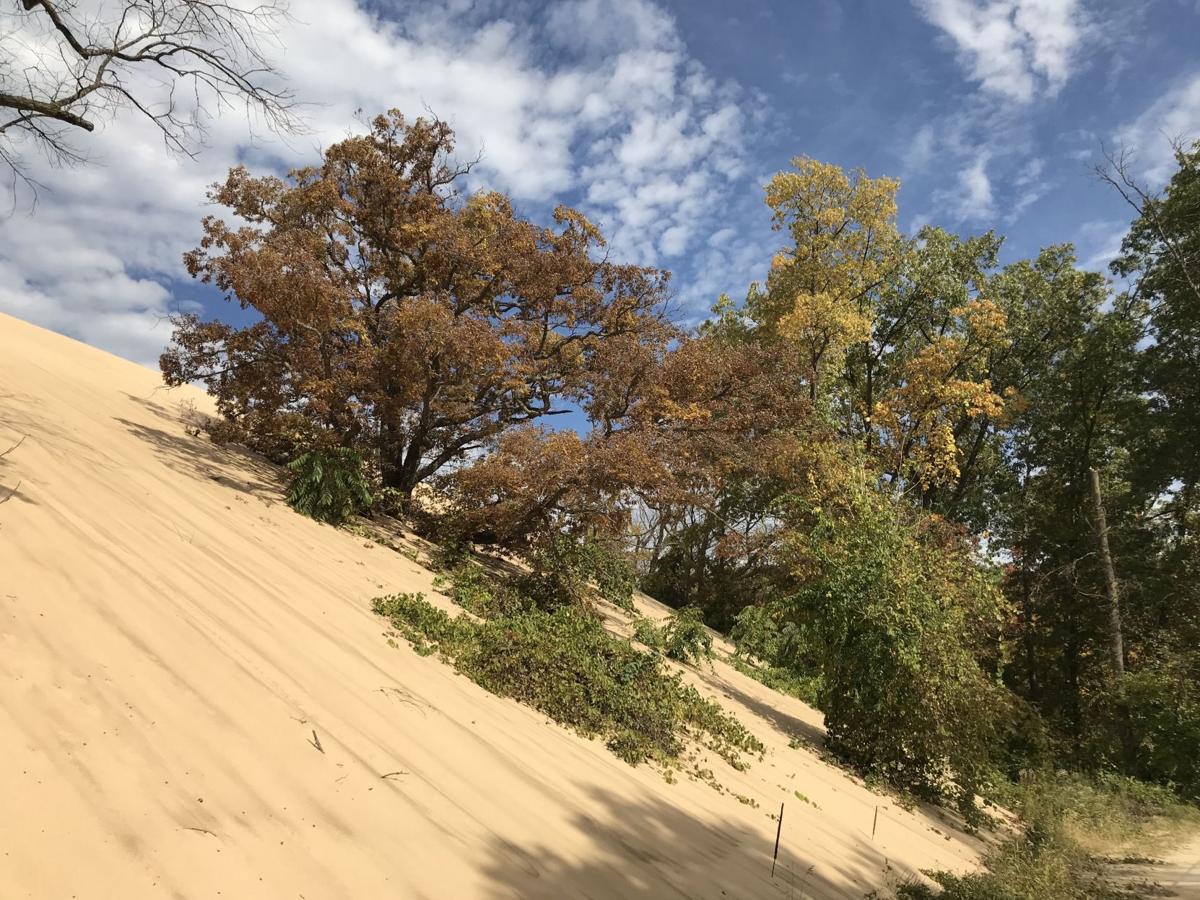 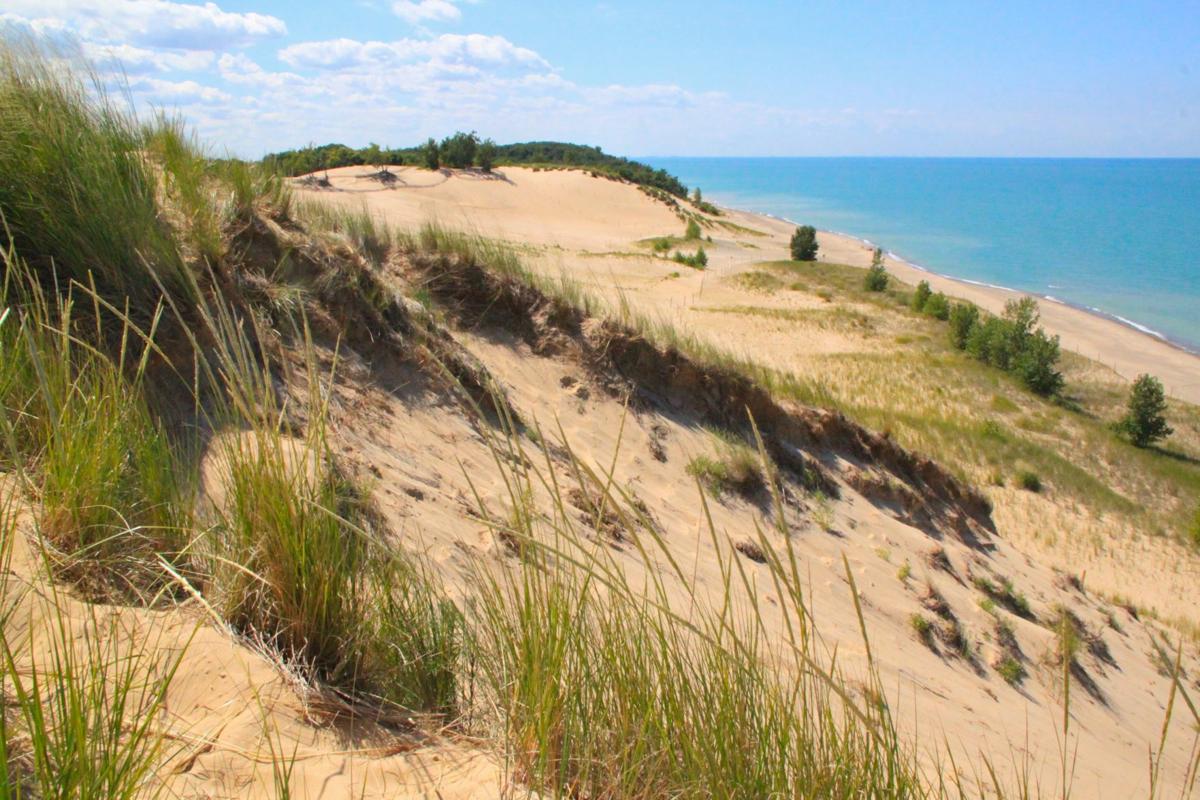 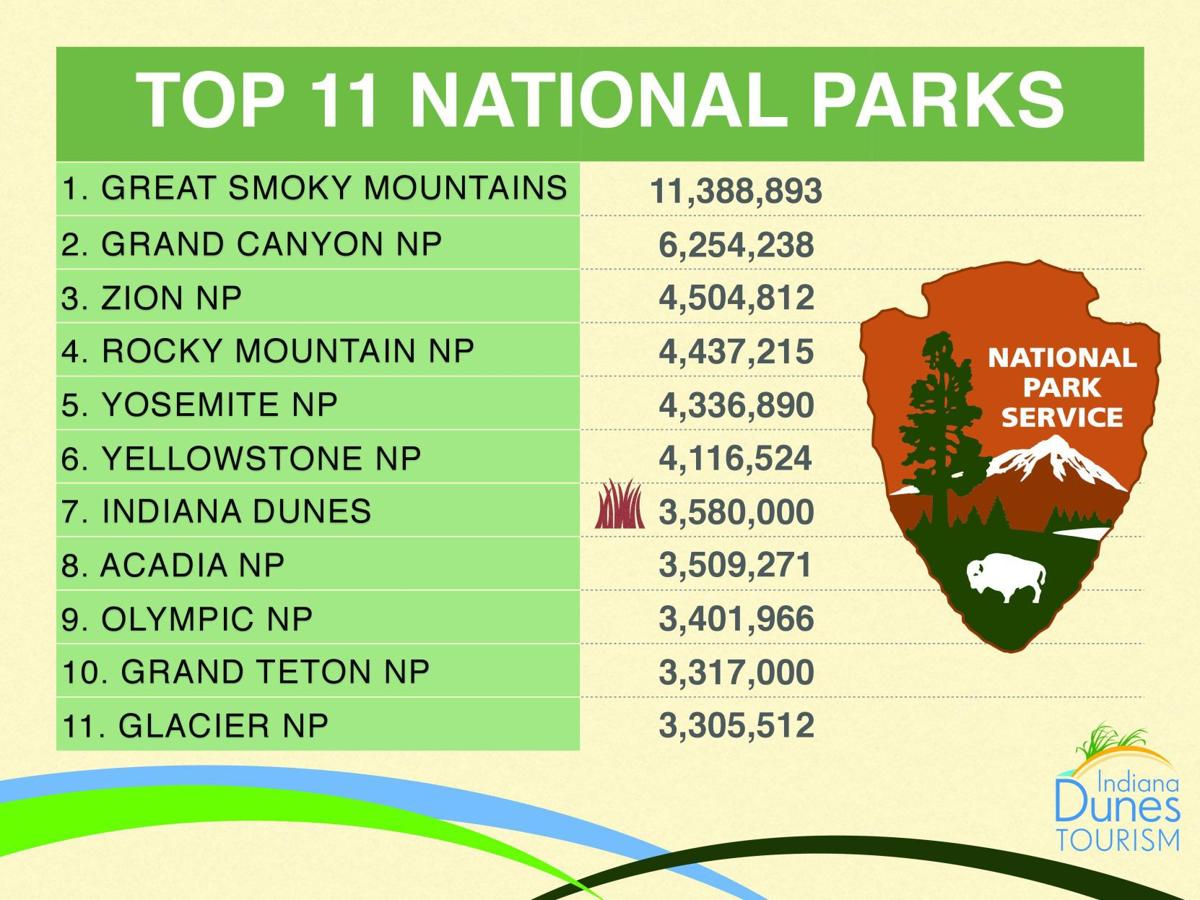 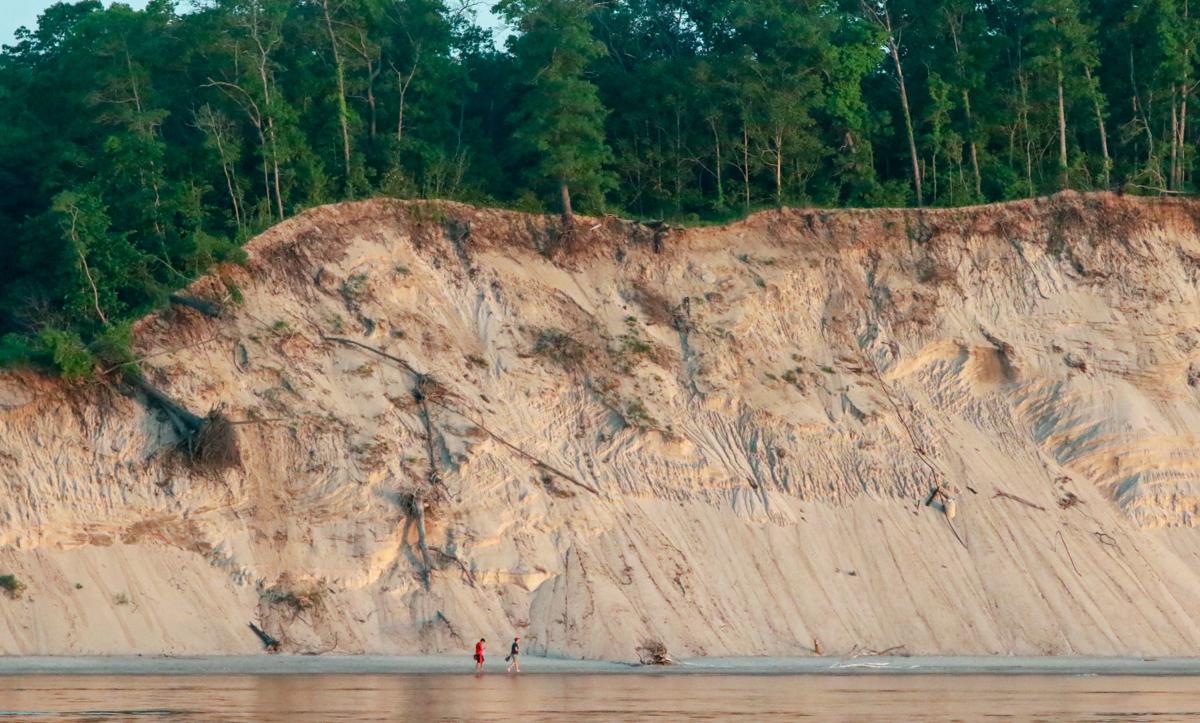 The VIP cruise of the Emita II takes guests past the Dunes National Lakeshore along Lake Michigan. 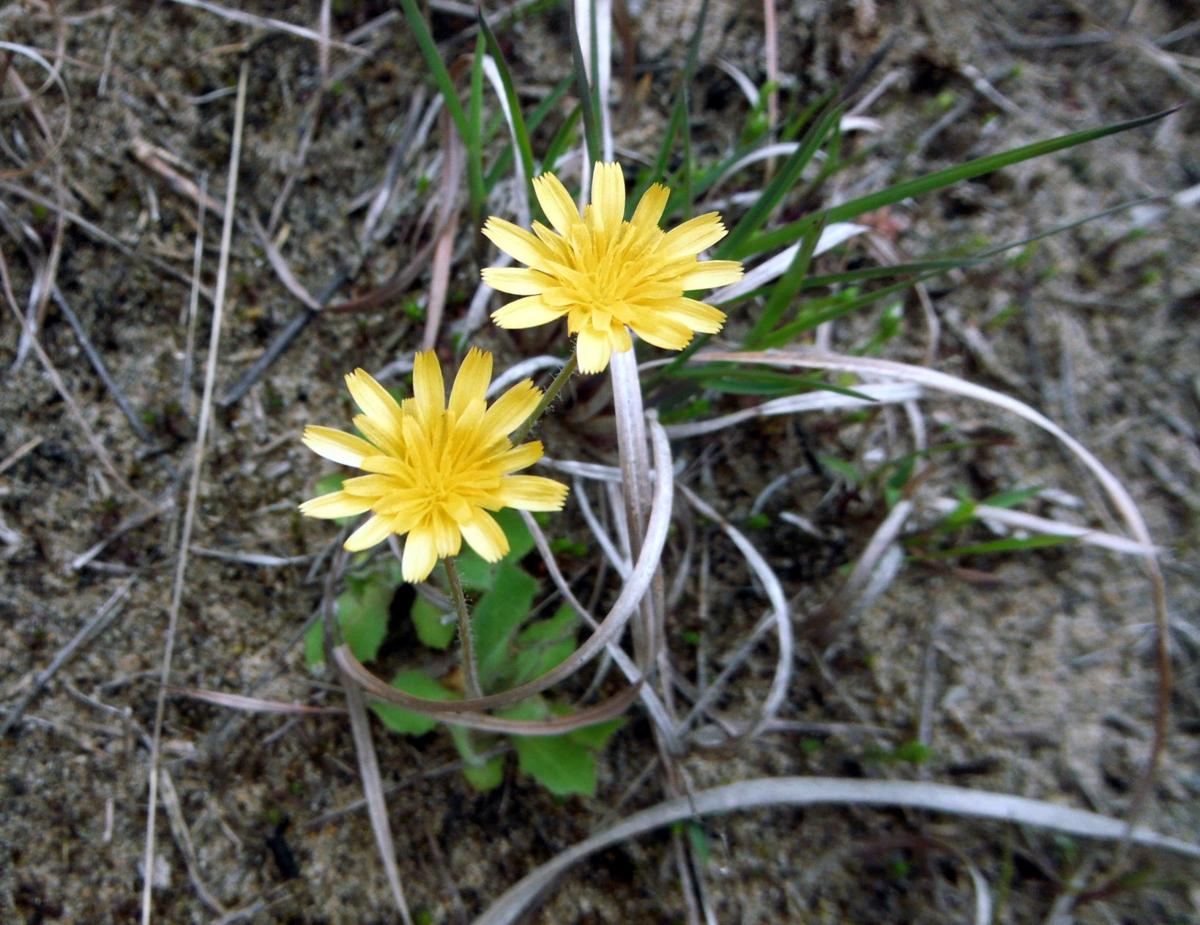 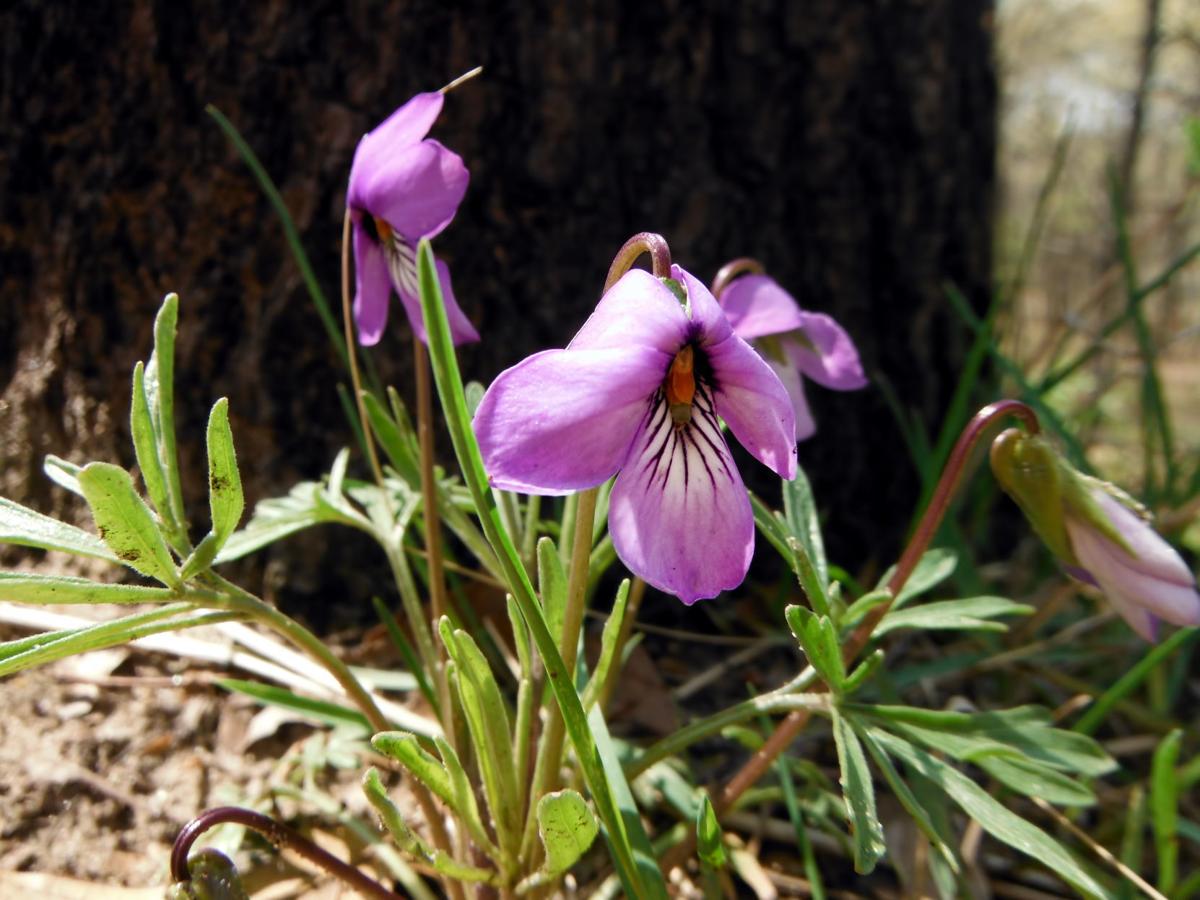 INDIANAPOLIS — Supporters of turning the Indiana Dunes National Lakeshore into the Hoosier State's first national park are undeterred by the Trump administration's opposition to the proposed change.

U.S. Rep. Pete Visclosky, D-Gary, who has led the Dunes national park effort at home and in Washington, said Thursday that it's not unusual for executive branch agencies to express concerns about legislation pending in Congress.

"I remain optimistic that (House Bill) 1488, which is co-sponsored by every Indiana member of Congress and unanimously approved by the House, will become law and our lakeshore will get the long overdue recognition it deserves and further drive economic activity in our region," Visclosky said.

On Wednesday, the acting director of the National Park Service told a U.S. Senate subcommittee that the Trump administration believes the Dunes does not meet the size and amenity standards that Americans associate with national parks.

"Although we understand the desire of the bills' sponsors and proponents to bring greater recognition of the significant resources and opportunities for recreation available at Indiana Dunes National Lakeshore, the National Park Service believes that the current designation is appropriate for the unit and in keeping with our efforts to provide consistency in the naming of park units," said Acting Director P. Daniel Smith.

Young spokesman Jay Kenworthy said the senator does not think the administration's opposition is a deal-breaker.

He said Young will continue working with the National Park Service and other stakeholders to identify a path forward.

Likewise, Donnelly continues to believe the Indiana Dunes National Lakeshore should become a national park, and said he hopes the Senate soon will take up and approve the legislation making the change.

Republican President Donald Trump has yet to veto any measure that's made it to his desk from the Republican-controlled Congress, and the administration has not issued a veto threat in connection with either of the Indiana Dunes National Park proposals.

Natalie Johnson, executive director of Save the Dunes, rejected Smith's contention that the Dunes is not up to national park standards.

"The Indiana Dunes is nearly three times of the size of Hot Springs National Park and twice as large as the National Park of American Samoa," Johnson said. "Even recently, the (St. Louis) Gateway Arch (was) re-designated as a national park at roughly 100 or so acres."

"Size is not a reasonable explanation for this decision."

Lorelei Weimer, executive director of Indiana Dunes Tourism in Porter County, said with 3.6 million visitors a year the Dunes would be the seventh most popular national park in the country, if you add the current visitor totals for the federally owned National Lakeshore and Indiana Dunes State Park, whose status would not change.

"The Indiana Dunes has over 15,000 acres of woodlands, prairies, savannas, bogs, wetlands, beaches and shoreline, and it is the birthplace of ecology," Weimer said.

"The deciding factor on whether or not a park gets the national park status should be based on the diversity of the park and its visitation."

"Not only are we deserving of this status, but without question, we should have been given this status years ago."

Indeed, the first director of the National Park Service, Stephen Mather, recommended in 1916 that the Dunes become a national park due to its unique biological diversity and geological features. That effort stalled due to World War I.

Jack Arnett, executive director of the LaPorte County Convention and Visitors Bureau, said he was disappointed by the administration's position and hopes the Senate will recognize it "was not very well thought out."

"I encourage folks to let our senators know how important this is for all of us," Arnett said. "Denial of the renaming of our park would be a huge economic blow to the region."

Heather Ennis, president and CEO of the Northwest Indiana Forum, said the economic development organization remains optimistic the national park proposal will become law, and "the important economic development engine that is the Indiana Dunes National Lakeshore will get the recognition it deserves."

Congress must act on the proposal prior to noon Jan. 3, 2019, or the process of re-designating the Dunes as a national park will have to begin again from scratch.

CHESTERTON — After 12 years of leaks, the Indiana Dunes visitor center’s roof should soon be fixed.

VALPARAISO — China’s efforts to reduce pollution could have a big impact on unincorporated Porter County.

PORTER — Indiana Dunes Tourism is accepting applications for a total of $50,000 in grants aimed at bringing visitors to Porter County.

EVANSVILLE, Ind. — Casting the midterms as a referendum on his agenda, President Donald Trump urged Indiana Republicans on Thursday to unseat …

FORT WAYNE, Ind. — An Indiana agribusiness executive nominated to be the next U.S. agriculture ambassador to the United Nations says that help…

INDIANAPOLIS — U.S. Rep. Pete Visclosky, D-Gary, will be in a position to exercise significant influence over a wide variety of federal spendi…

INDIANAPOLIS — Bipartisan legislation was filed this week in the U.S. House and Senate to re-designate the Indiana Dunes National Lakeshore as…

INDIANAPOLIS — The Trump administration is opposing a bipartisan plan pending in the Republican-controlled U.S. Senate to re-designate the Ind…

Indiana Dunes would be 7th most popular national park

The bellyaching, spurred by an unwarranted Northwest Indiana inferiority complex, can be excruciating at times.

The first image most people considering a trip to Indiana will see this year is a seeming view of paradise, featuring the sandy beaches and sparkling waters of Indiana Dunes National Park.

The VIP cruise of the Emita II takes guests past the Dunes National Lakeshore along Lake Michigan.