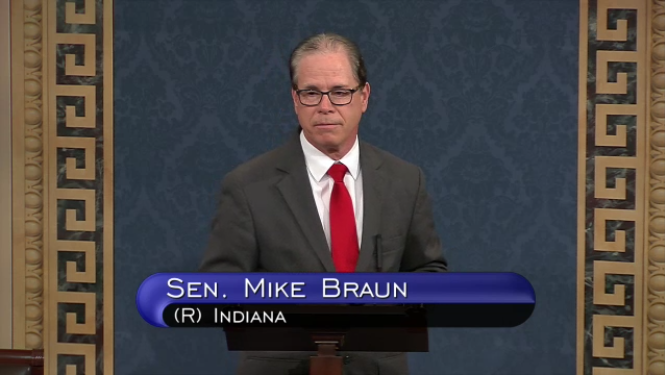 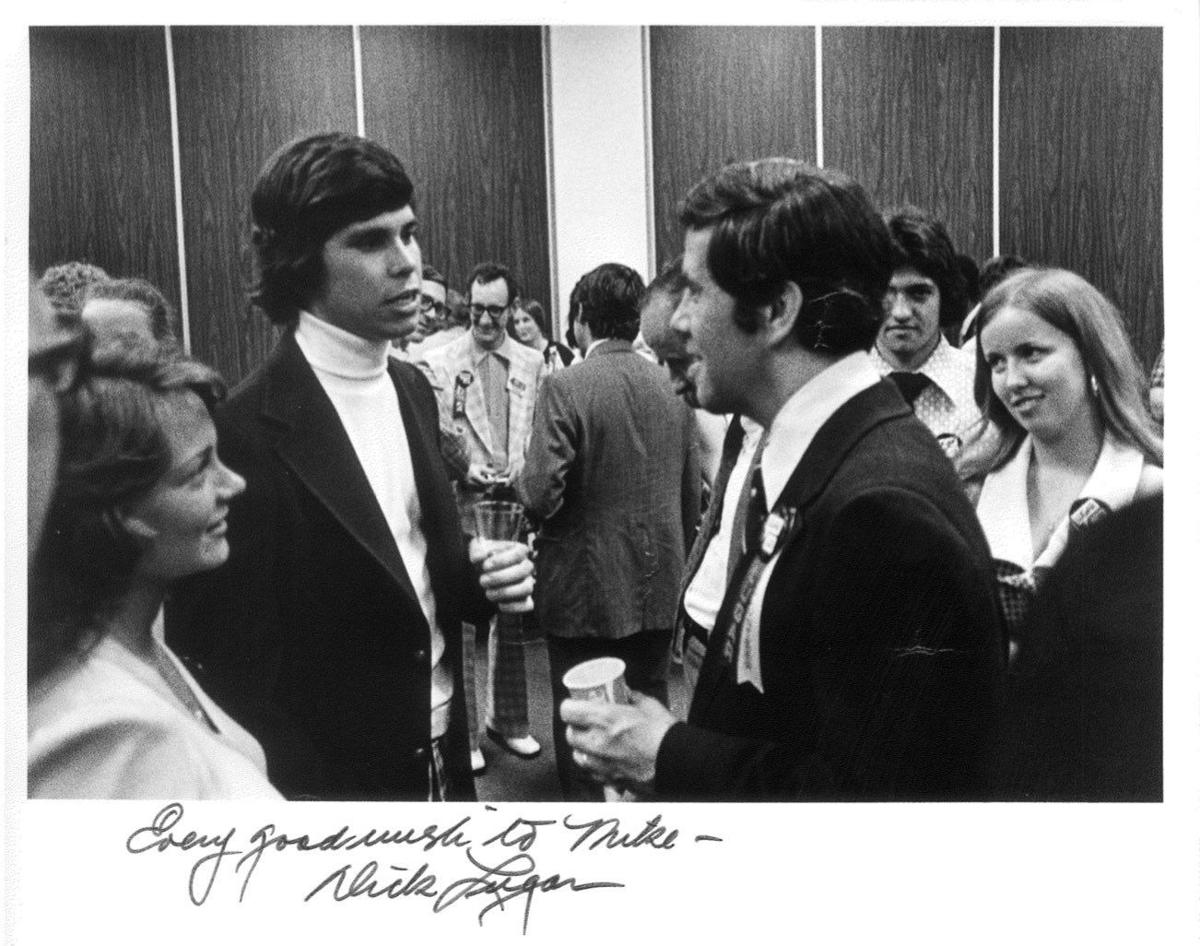 A young U.S. Sen. Mike Braun, R-Ind., left, first met the man whose seat he would take over in 2019, U.S. Sen. Dick Lugar, R-Ind., who died Sunday, during a political event at Wabash College 45 years ago. 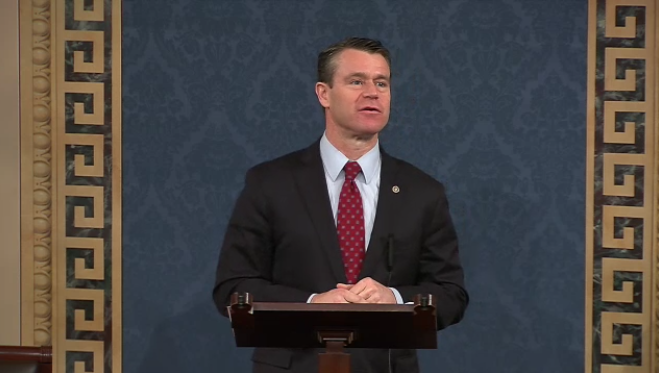 U.S. Sen. Todd Young, R-Ind., who once worked as a legislative assistant for the late U.S. Sen. Dick Lugar, R-Ind., recalled Tuesday in the Senate that behind Lugar's quiet demeanor always was a fierce determination to win.

INDIANAPOLIS — Former U.S. Sen. Dick Lugar, R-Ind., was memorialized Tuesday in the Senate chamber where he served for 36 years by the man who now sits in Lugar's seat representing Hoosiers at the Capitol.

U.S. Sen. Mike Braun, R-Ind., described his Senate predecessor who died Sunday as "a towering figure in Hoosier history and one of the greatest statesmen to ever serve in the U.S. Senate."

"He was in the Senate for a long time, and during the entirety of his terms he always did it to where, as a Hoosier and as an American, you were proud of him," Braun said.

"For the time that I'm here, in the Lugar seat, I do intend to what he did: On things he knew something a little about, he stuck his neck out, made a statement, he led. And in the entirety of his career here in the Senate, he was impeccable with integrity and character, and gosh we could use a good dose of that in this day and age."

Braun also posted on Twitter a 45-year-old photograph of him talking with Lugar at a Wabash College political event that was autographed by the senator: "Every good wish to Mike — Dick Lugar."

It’s an honor to work for Hoosiers from the seat and the same desk on the Senate floor as Senator @DickLugar: a constant reminder that integrity and character matter.

"I found those pictures stored away in a box about four or five years ago, pulled them out and my high school sweetheart, my wife now, she and I were looking at Dick as he was preparing to run for Senate, and the look on our faces, looking into the face of someone with his stature, really stood out," Braun said.

U.S. Sen. Todd Young, R-Ind., had an even greater personal connection to Lugar, having served as a legislative assistant on his Senate staff, and getting what Young described as "a front row seat to history, watching a true statesman at work."

"Senator Lugar's reserved and quiet demeanor sometimes might have led people to believe he was something less than competitive," Young said. "In truth, he was one of the most competitive people I've ever encountered."

"Senator Lugar would, from time to time, invite staff members and interns to run with him on the Mall. There was only one rule: Never, ever run in front of the senator — he was, after all, a leader."

Young also said he was grateful Lugar took time to stand by him in 2017 as Young was sworn-in to the Senate, even though Lugar's political career ended nearly five years earlier when he was defeated in a bitter Republican primary contest.

"I will never forget his support of me, and so many others, through the years," Young said. "I'm not sure we will ever see another Richard Lugar, but I pray that we do."

On Monday, the full Senate approved a memorial resolution commemorating Lugar's life and achievements, including his two terms as Indianapolis mayor, six terms in the U.S. Senate, a master of foreign policy, leader on nuclear non-proliferation issues and a champion for bipartisanship.

The resolution declares that Lugar's death has "deprived Indiana and the United States of one of the most outstanding senators."

INDIANAPOLIS — Hoosiers next week will have two opportunities to pay their final respects to former U.S. Sen. Dick Lugar, R-Ind., who died Apr…

Republican Todd Young was sworn-in for a six-year term as one of Indiana's two U.S. senators during a ceremony Tuesday at the Capitol in Washi…

Braun warns: Without health care pricing transparency, 'Medicare for All' is inevitable

MICHIGAN CITY — The United States almost certainly will end up with "Medicare for All," unless the health care industry immediately embraces p…

A young U.S. Sen. Mike Braun, R-Ind., left, first met the man whose seat he would take over in 2019, U.S. Sen. Dick Lugar, R-Ind., who died Sunday, during a political event at Wabash College 45 years ago.

U.S. Sen. Todd Young, R-Ind., who once worked as a legislative assistant for the late U.S. Sen. Dick Lugar, R-Ind., recalled Tuesday in the Senate that behind Lugar's quiet demeanor always was a fierce determination to win.