Records show the majority of the extra revenue came from the 7% sales tax paid by Hoosiers when they purchased products last month at Indiana-based stores and online retailers.

Individual income tax payments also bested expectations in August after coming in merely at the predicted amount in July.

The State Budget Agency urged Hoosiers to keep an eye on the September income tax number, due to be released in early October, to see if August was an unusual blip, or if more Hoosiers are working, incomes are growing, and greater tax revenue is correspondingly being generated for the state.

In all, the state collected $1.38 billion in general fund tax revenue in August, giving Indiana $168.2 million, or 6.6%, more money than forecast through the first two months of the state's budget year, records show. 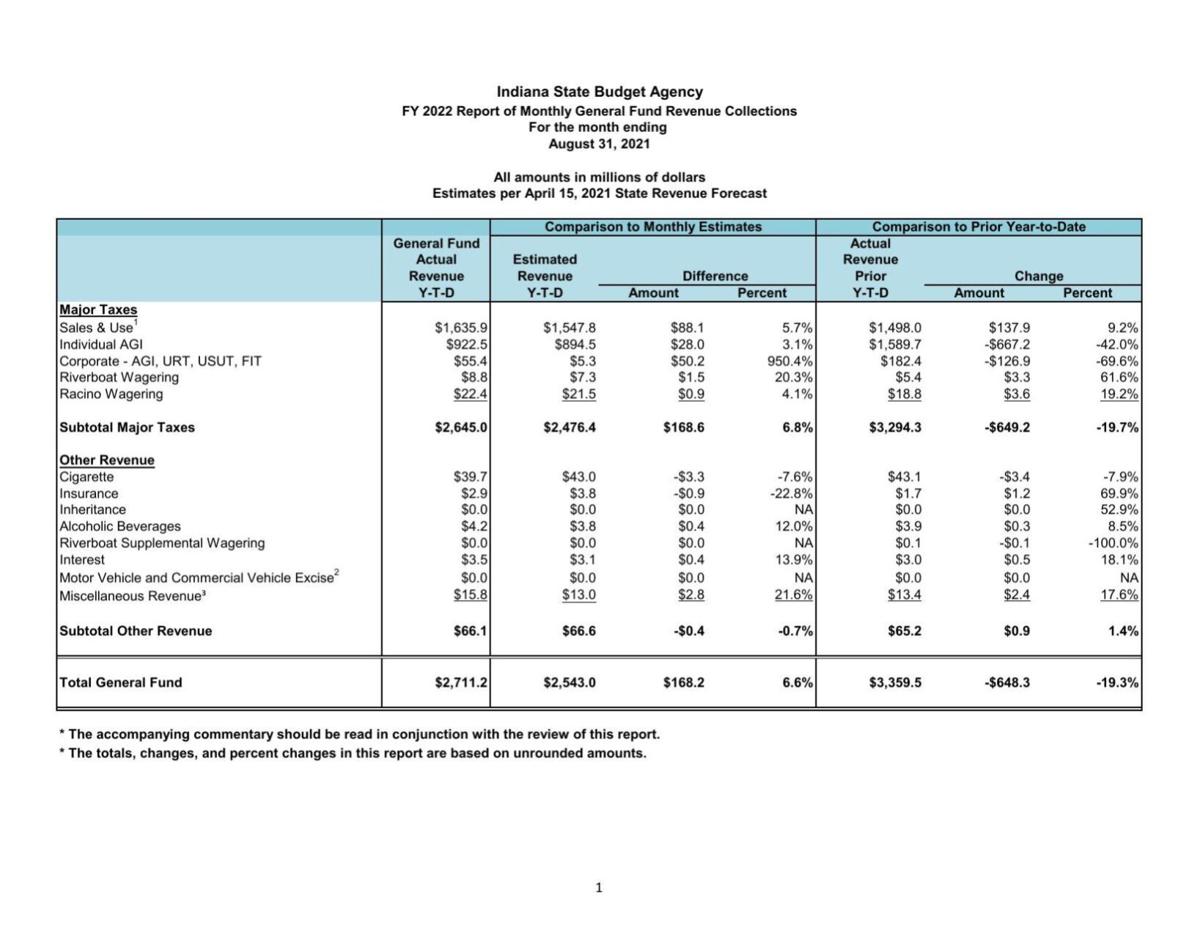 A surge of sales and income tax revenue in the final quarter of the state's budget year means Hoosiers will get an automatic taxpayer refund for just the second time in Indiana history.

State lawmakers approved Indiana’s new, two-year spending plan Thursday with unprecedented bipartisan support in both the House and the Senate, and left the Statehouse until fall.

The updated state revenue forecast projects Indiana will take in nearly $2 billion in additional tax revenue during the 2022-23 budget period than lawmakers were anticipating.