A second lawsuit challenging a new Indiana statute permitting "emergency sessions" of the Republican-controlled General Assembly is moving forward after a Marion County judge rejected an attempt by Attorney General Todd Rokita to delay it.

State lawmakers this year shifted their usual adjournment deadline to Nov. 15 from April 29 so they can return to the Statehouse in the fall to complete the once-a-decade redrawing of legislative district boundaries that couldn't be done earlier this year due to the delayed release of updated population data by the U.S. Census Bureau because of COVID-19.

Rokita said that change means the legislative leaders sued by Whitaker are not subject to civil process — even though the General Assembly isn't actually meeting on a regular basis — and the case should be continued until sometime after the Legislature adjourns for the year.

Whitaker argued legislative leaders sued in their official capacity instead of as individuals, as in this case, remain subject to legal action — particularly for challenges to an allegedly unconstitutional law — otherwise the Legislature could get away with enacting all manner of unconstitutional laws simply by refusing to adjourn for the year.

Rokita, a Republican originally from Munster, is appealing that ruling.

Holcomb and Whitaker claim House Enrolled Act 1123, allowing the General Assembly to convene a 40-day "emergency session" without the governor's consent during a statewide emergency, runs afoul of a provision in the Indiana Constitution giving the governor exclusive authority to call lawmakers back to the Statehouse once the House and Senate have adjourned for the year.

There currently is no timeline for a final decision in either case. 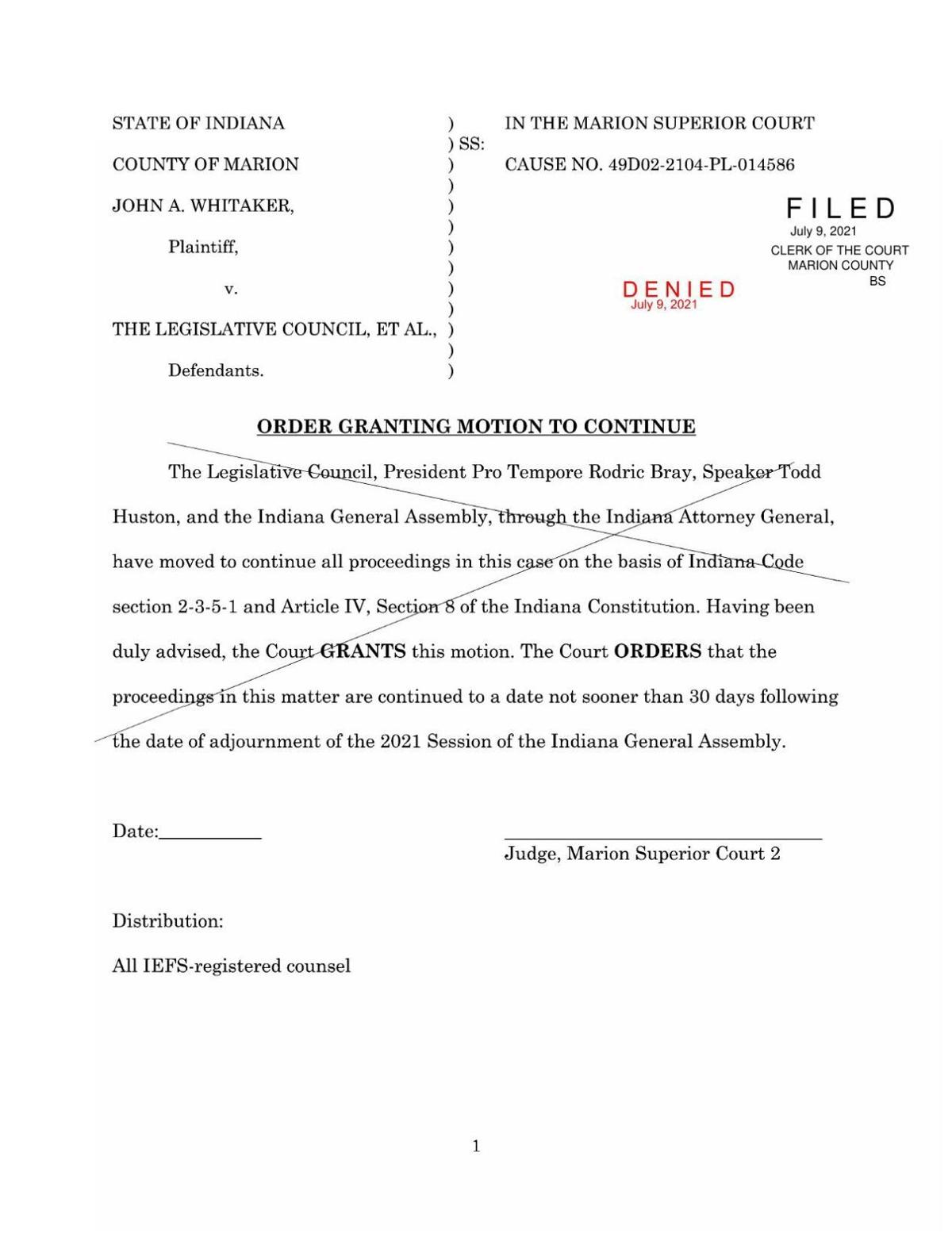 Indiana crossed an important threshold in its fight against COVID-19 Wednesday with exactly half the state's residents age 12 and up now considered fully vaccinated against the coronavirus.