An Indianapolis judge has scheduled oral arguments focused on the constitutionality of a new Indiana law permitting the General Assembly to convene during statewide emergencies without obtaining the governor's consent for a special session.

The statute, which took effect immediately, allows the General Assembly to convene itself for up to 40 days whenever its 16-member Legislative Council decides action is needed to respond to a statewide emergency.

Holcomb claims the new law infringes on the governor's sole authority to call a special legislation session and thereby violates the separation of powers required by the Indiana Constitution.

That issue, however, might remain unresolved because Republican Attorney General Todd Rokita, a Munster native, is asserting the governor does not have the authority to sue the General Assembly without Rokita's approval, which he's declined to provide.

Rokita also is expected to argue the case cannot proceed because the Constitution prohibits subjecting state lawmakers to civil legal process prior to the adjournment of the annual legislative session that this year is set to run until Nov. 15 due to COVID-19 data delays at the U.S. Census Bureau that necessarily postponed until fall the once-a-decade redrawing of legislative district boundaries.

Dietrick did not indicate when he's likely to issue a ruling following oral arguments.

His decision ultimately is expected to be appealed to the Indiana Supreme Court. 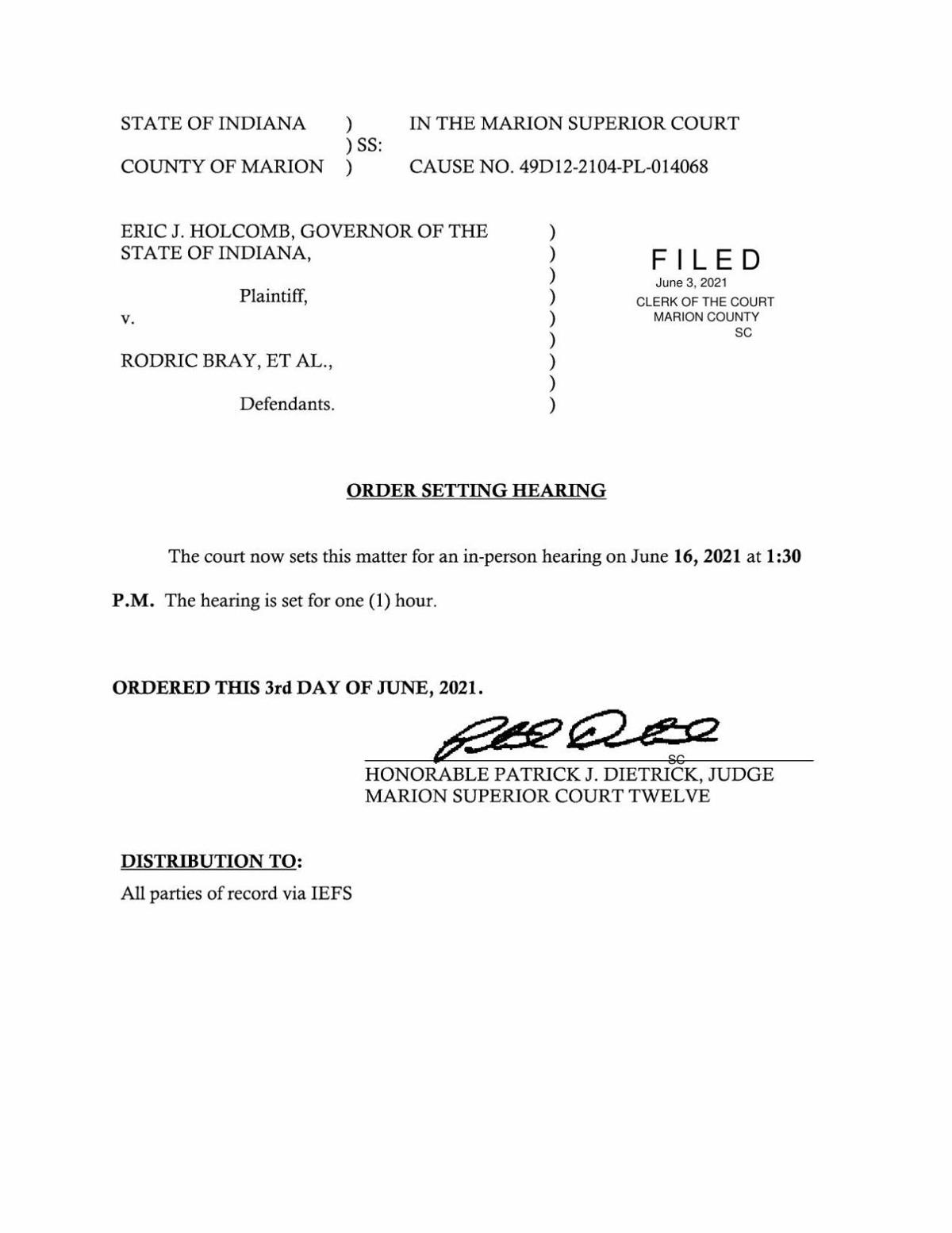 An auto loan company that allegedly violated Indiana consumer protection laws has agreed to waive more than $14.1 million in vehicle debt and pay restitution of $261 each to more than 5,000 Hoosiers.

Indiana closing some COVID-19 testing sites due to reduced need

Get to know some of the more than 200 new Indiana laws approved this year by the Republican-controlled General Assembly and enacted by Republican Gov. Eric Holcomb.