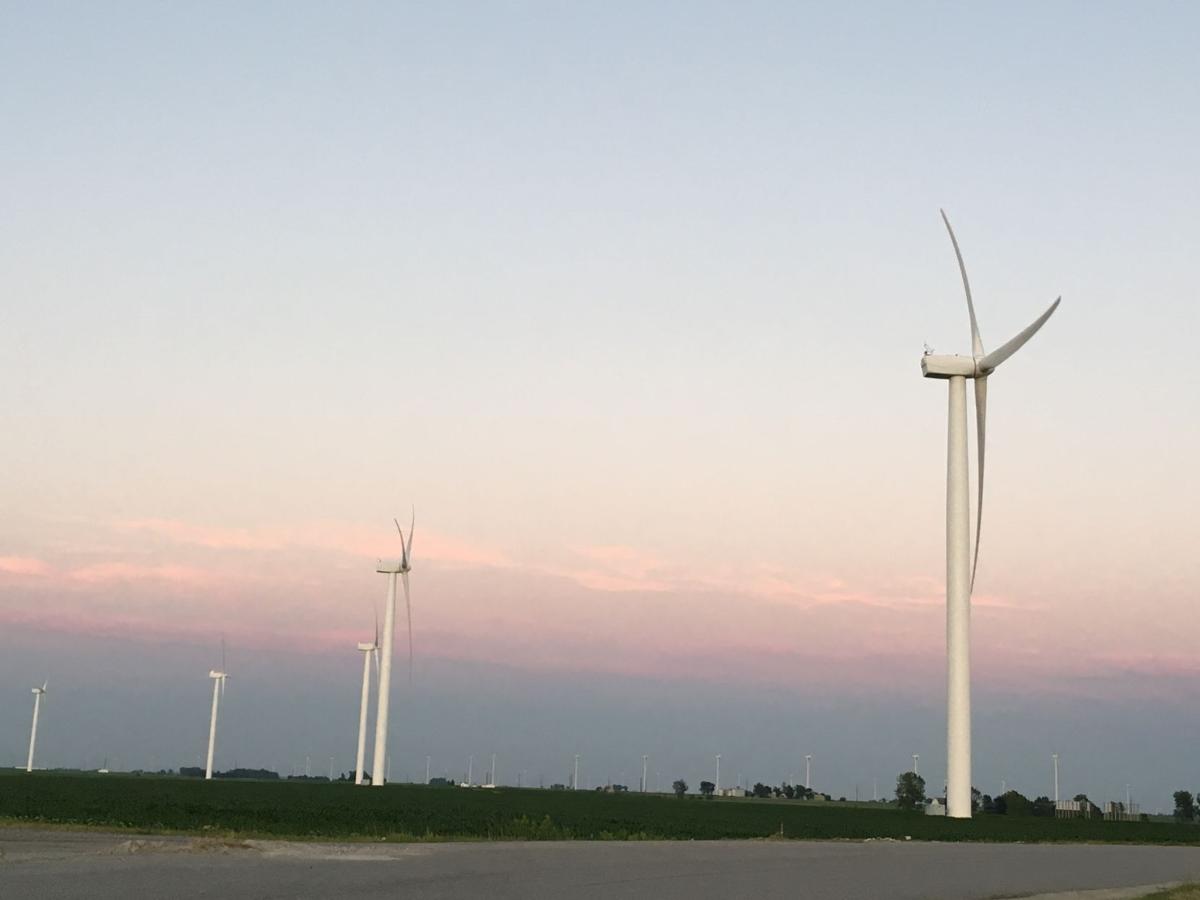 Wind turbines near I-65 at sunset. 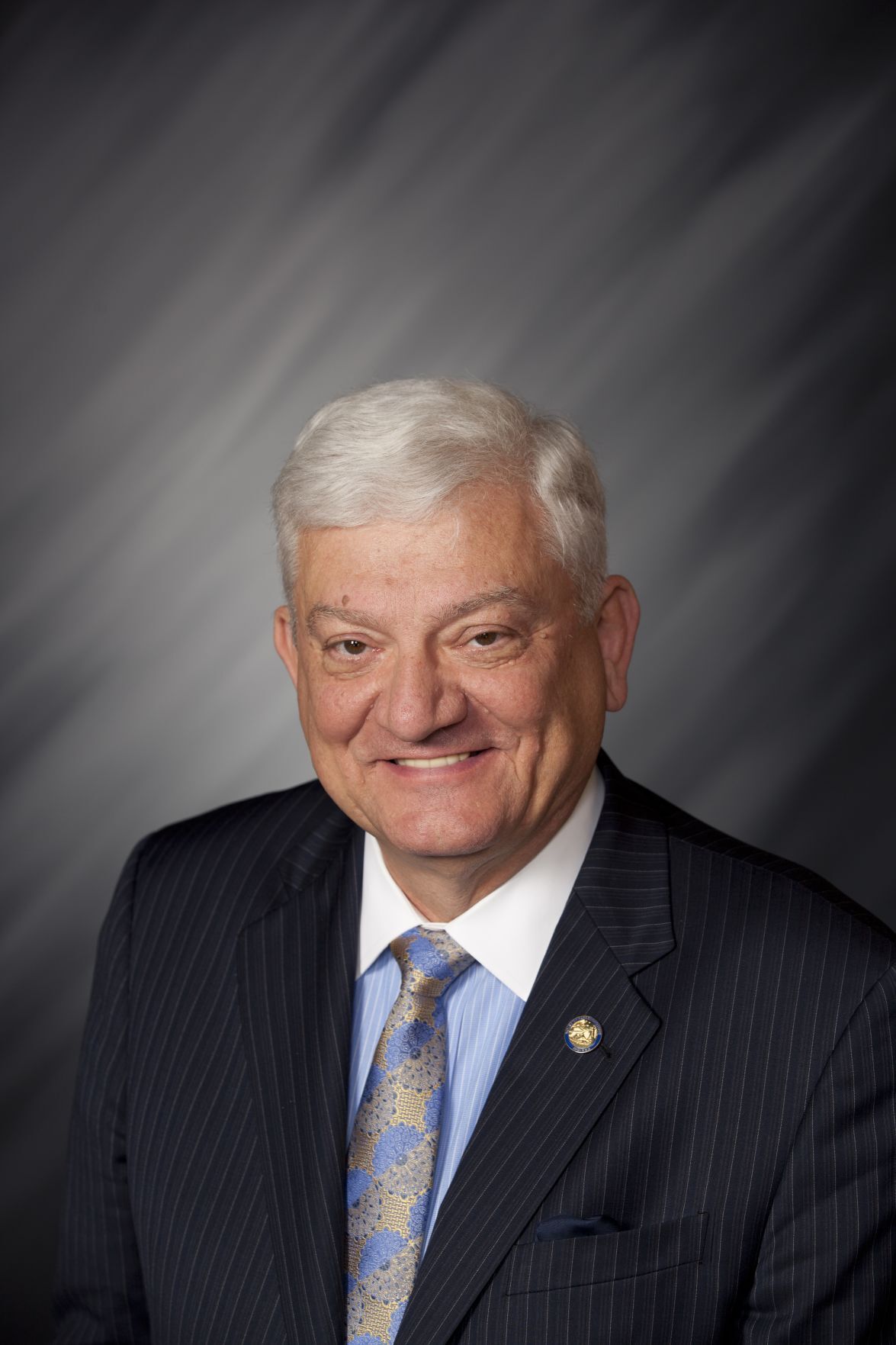 The Indiana General Assembly is poised to replace the hodgepodge of county wind and solar power regulations with statewide standards aimed at providing regulatory certainty to landowners, power generators, and utilities.

It also would open for development the 31 Indiana counties that have enacted bans on renewable power projects.

Much of the legislation mirrors the Lake County solar power ordinance enacted last year, including a 50-foot setback from nonparticipating property owners and a 25-foot maximum height for solar panels at full tilt.

The state proposal, like the county’s, also includes a ground cover mandate, a requirement that funding be set aside for decommissioning costs, and an obligation to minimize glare and interference with roads and wireless signals.

Soliday said there is a significant, and growing, appetite for renewable energy at Indiana businesses and utilities, but the Hoosier State currently lacks sufficient solar and wind generating capacity on some days to meet even 20% of the demand.

“In the mornings, the least expensive (wind-generated) electricity is coming out of the Dakotas. But by late morning the transmission lines aren’t big enough to carry it,” Soliday said. “One of the most rapidly rising costs in electricity is transmission congestion.

The measure is opposed by the Association of Indiana Counties and the Indiana Association of County Commissioners, who decried the usurpation of local control by the General Assembly.

About a dozen Hoosiers also spoke against the measure during Wednesday’s meeting of the House Utilities, Energy and Telecommunications Committee with concerns ranging from the loss of agricultural land to the alleged bird-slaughtering effects of power-generating windmills.

Ultimately, the Republican-led committee voted 12 to 1 to advance the measure to the full House for possible amendment and a decision on sending the proposal to the Senate.

House Bill 1381 as approved Feb. 10, 2021 by the House Utilities, Energy and Telecommunications Committee 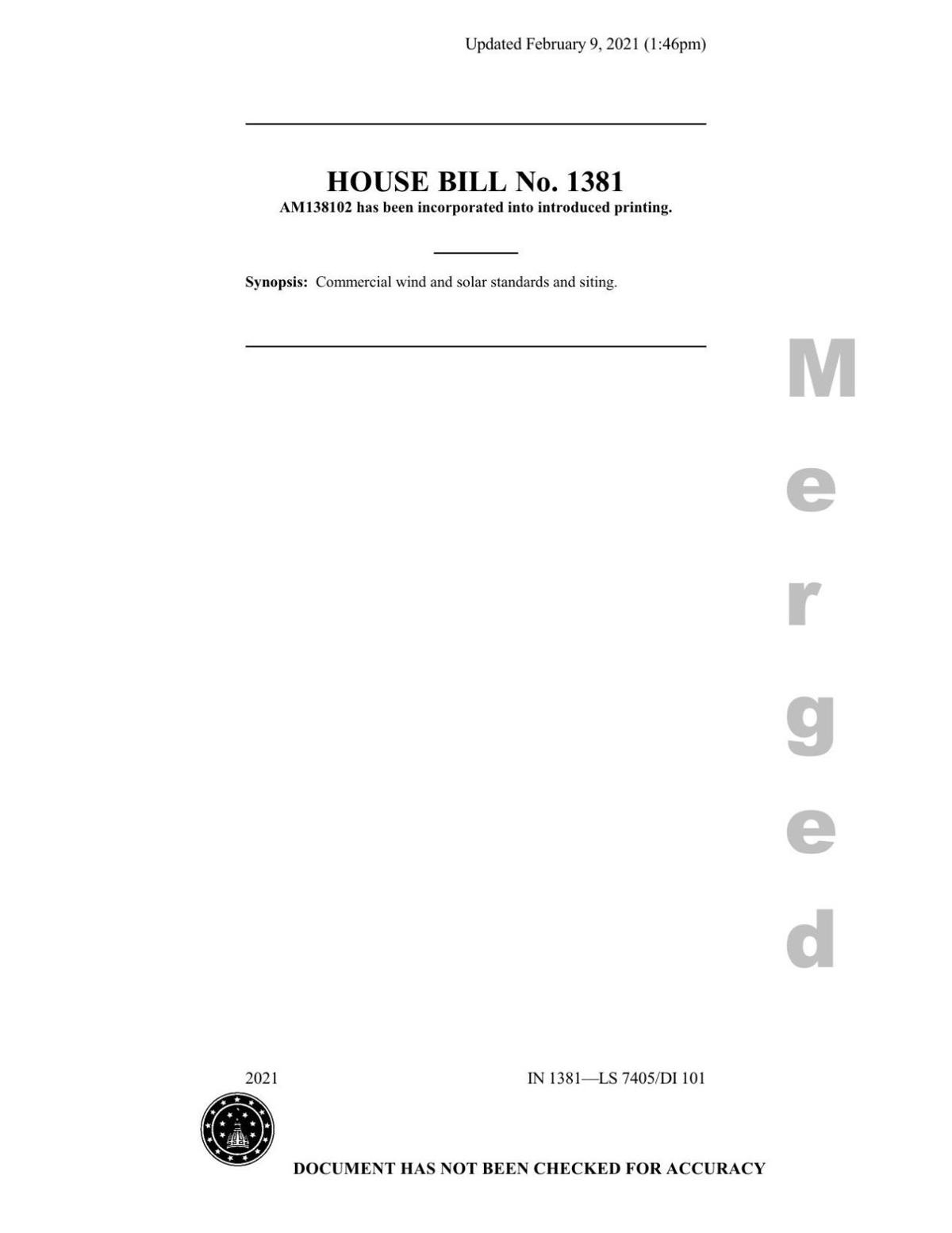 The Lake County Council has unanimously approved an ordinance authorizing and regulating commercial-level solar panel installations in unincorporated agricultural areas of the county.

It appears likely solar power soon will join corn, soybeans and the other agricultural products typically raised and harvested in Lake County.

The Lake County Plan Commission is continuing to craft a recommended ordinance that would allow for large-scale solar energy farms.

A Chicago-based international energy producer is proposing to construct a 200-megawatt solar farm on 1,400 acres east of Interstate 65 and north of State Road 2 in Lake County.

The Indiana House has approved a plan to replace various county wind and solar power regulations with statewide standards.

Schererville residents installing solar panels, prompting others who are curious to do research

Solarize Indiana hopes to educate anyone interested in solar energy on a federal incentive offered to those who install solar panels during an upcoming meeting.

State Rep. Ed Soliday, R-Valparaiso, succeeded in enacting protections for property owners who successfully appeal their tax assessments, notwithstanding a concerted effort to derail the proposal.

Wind turbines near I-65 at sunset.