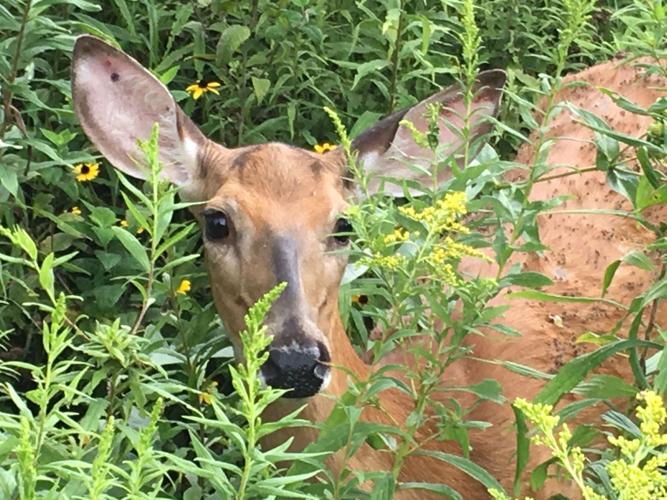 A deer beside a trail at the Coffee Creek Watershed Preserve in August 2016. 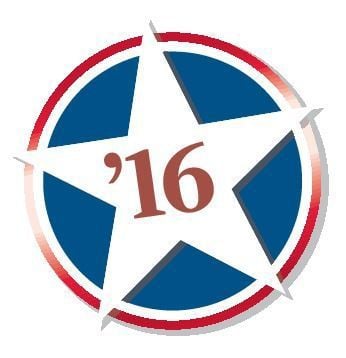 Michael Opat, of rural Michigan City, has been duck and goose hunting for 46 years. He and other voters in Indiana are being asked to vote on a constitutional amendment that would guarantee Hoosiers a right to hunt and fish.

“I feel that’s a good thing for people in the state,” said Opat, who serves as the treasurer for Ducks Unlimited of Porter County.

The General Assembly in 2014 and 2015 agreed to ask voters in 2016 to ratify a constitutional amendment declaring hunting and fishing a valued part of the state’s heritage that shall forever be preserved for the public good, subject only to state laws and rules promoting wildlife management and preserving the future of hunting and fishing.

Opat questioned why the issue was on the ballot when he’s not aware of any problems facing hunters today.

While Statehouse supporters of a constitutional right to hunt and fish admit there are no pressing threats to those practices, they believe without the amendment hunting and fishing someday could be unduly limited, or even banned, by a Legislature in thrall to animal rights activists.

“Having this in our state constitution simply adds a layer of protection to those liberties and protects the people of our state against any future infringement,” said state Rep. Sean Eberhart, R-Shelbyville, the sponsor.

“The constitution is now nothing more than a poster board on which we can put bumper stickers for whatever political slogan we think might ingratiate ourselves with the voters,” Pierce said.

Jim Sweeney, of Schererville, president of the Porter County Chapter of the Izaak Walton League, said his organization didn’t take a position on the referendum, but he personally is opposed to it and already voted against it.

He said he is opposed because the measure would change the constitution for a special interest group.

Bryan McFadden, of Valparaiso, president of Quality Deer Management Association of Northwest Indiana, said he has not yet decided how he’ll vote on the issue.

“I have mixed thoughts on it,” McFadden said. “I currently don’t feel like my hunting rights are being attacked, but being an election year, you don’t know what the governor is going to do.”

McFadden is considering two issues while pondering the amendment — canned or confined hunting and wildlife management.

He said QDMA fought against the idea of confined hunting and believes the referendum might be a way for state officials to make it legal. He said the wording of the amendment would preserve traditional hunting methods, but that it doesn’t specifically call for fair chase, or the idea that a hunted animal could escape the hunter.

“Since it’s not a part of it, I’m a little leery,” McFadden said.

However, it does preserve the right of the state to manage wildlife through hunting, which he supports. Especially in urban areas like Northwest Indiana, the deer population lacks any natural predator.

ARTICLE 1 OF THE CONSTITUTION OF THE STATE OF INDIANA IS AMENDED BY ADDING A NEW SECTION TO READ AS FOLLOWS:

Section 39. (a) The right to hunt, fish, and harvest wildlife:

(1) is a valued part of Indiana's heritage; and

(2) shall be forever preserved for the public good.

(1) promote wildlife conservation and management; and

(2) preserve the future of hunting and fishing.

(c) Hunting and fishing shall be a preferred means of managing and controlling wildlife.

(d) This section shall not be construed to limit the application of any provision of law relating to trespass or property rights.

All Hoosiers voting in the Nov. 8 election will decide whether to add a right to the Indiana Constitution, while Gary voters also will be aske…

Vegan in the Region: Constitutional right to hunt?

Of all the problems facing the state, our lawmakers have placed among their priorities opening the state constitution to lock in the right to …

If you haven’t voted yet, you might not have heard about a referendum at the bottom of the ballot. There’s a lot more to it than the overly ve…

A deer beside a trail at the Coffee Creek Watershed Preserve in August 2016.