U.S. Rep. Frank J. Mrvan, D-Highland, left, and Republican Jennifer-Ruth Green are competing at the Nov. 8 general election for a two-year term to represent Northwest Indiana in the U.S. House. 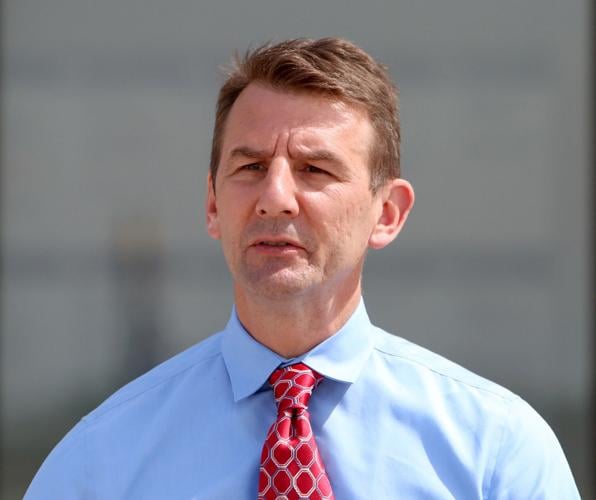 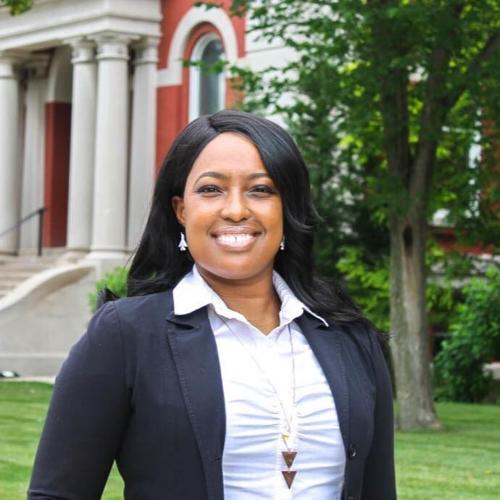 Campaign organizations affiliated with both major political parties are focusing on Northwest Indiana's U.S. House seat like never before.

U.S. Rep. Frank J. Mrvan, D-Highland, this week was selected for the Frontline program, operated by the Democratic Congressional Campaign Committee (DCCC), to help get Mrvan the financial and other resources he needs to win a second two-year term representing Lake, Porter and northwest LaPorte counties.

It follows announcements by the National Republican Congressional Committee and other conservative organizations that they're targeting the 1st Congressional District as a potential pickup for Republicans this year.

Records show Indiana's 1st District never has elected a Republican to Congress during the more than nine decades the district has been centered on Northwest Indiana.

Mrvan is optimistic the DCCC assistance will ensure that streak continues when he faces off at the Nov. 8 general election against Republican Jennifer-Ruth Green, of Crown Point.

"I am grateful for their vote of confidence and will continue to be relentless in my focus to be a district-centric member of Congress who prioritizes the kitchen-table challenges from inflation, growing the Northwest Indiana economy and defending our invaluable steel and manufacturing industries," Mrvan said.

In response, Green said the DCCC recognizes Mrvan is vulnerable because he "has voted with Joe Biden on all of his economic policies that have resulted in 8.6% inflation and $5 per gallon of gas."

"National Democrats are terrified because they know the Biden-Mrvan agenda is out of touch with Indiana’s 1st District," Green said.

Republicans also consider Mrvan's seat in play because Mrvan was elected in 2020 with only 56% of the vote, compared to the 65% of district voters who supported former U.S. Rep. Pete Visclosky, D-Gary, in 2018 against the same GOP opponent, Mark Leyva.

It was a busy night for 2022 primary candidates as election results came in. Catch up on their reactions, the results and more from the May primary election.

When it comes to the new technological system "Oracle" being used for county finances, John Petalas said he looks forward to the transition.

Here's a look at early returns for the Porter County Council races.

Martinez cruises to victory in sheriff's race despite indictment

Peggy Holinga-Katona said she looks forward to working alongside John Petalas, who won the nomination for Lake County Treasurer.

The referendum will institute a tax increase estimated at $0.3294 per $100 of assessed value.

Both Sue Neff and Becky Gesse Harper are employed in the assessor’s office and were looking to succeed their boss, Jon Snyder.

Five individuals were on the ballot for Lake County clerk.

Barb Regnitz is a retired financial adviser. Prior that that, she was a software engineer and project manager, most of that time for United Airlines.

State Sen. Michael Griffin, D-Highland, will get a shot at winning a four-year term in the Indiana Senate in his own right.

Trustee Kimberly "Kim" K. Robinson won a three-way race for the office in 2018 with 59% of the vote,

Here are the 2022 May primary election results

Check out a list of local election results from the 2022 May primary.

"It's not dead," a Valparaiso poll worker said. But, "It's not like a general election (with voters) outside the door."

Turnout was slow across much of Northwest Indiana, which poll workers said is typical for an off-year primary election.

The legislation seeks to hold the Department of Veterans Affairs accountable to taxpayers as the VA implements a $16 billion project to modernize its electronic health records for veterans.

The right to abortion is poised to become a top issue for both Democratic and Republican candidates in this year's general election in Indiana.

"I am proud to be a member of Congress, and a Democrat, who was able to deliver for Northwest Indiana," said U.S. Rep. Frank J. Mrvan, D-Highland.

“There was just a lot more meanness out there to each other. ... A lot more than we’ve ever experienced," said Michelle Fajman, executive director of the Lake County Election Board.

Diego Morales, a Guatemalan immigrant and self-proclaimed “America First” Republican, has described as a “scam” the 2020 election results that saw President Donald Trump turned out of office.

U.S. Rep. Frank J. Mrvan, D-Highland, left, and Republican Jennifer-Ruth Green are competing at the Nov. 8 general election for a two-year term to represent Northwest Indiana in the U.S. House.