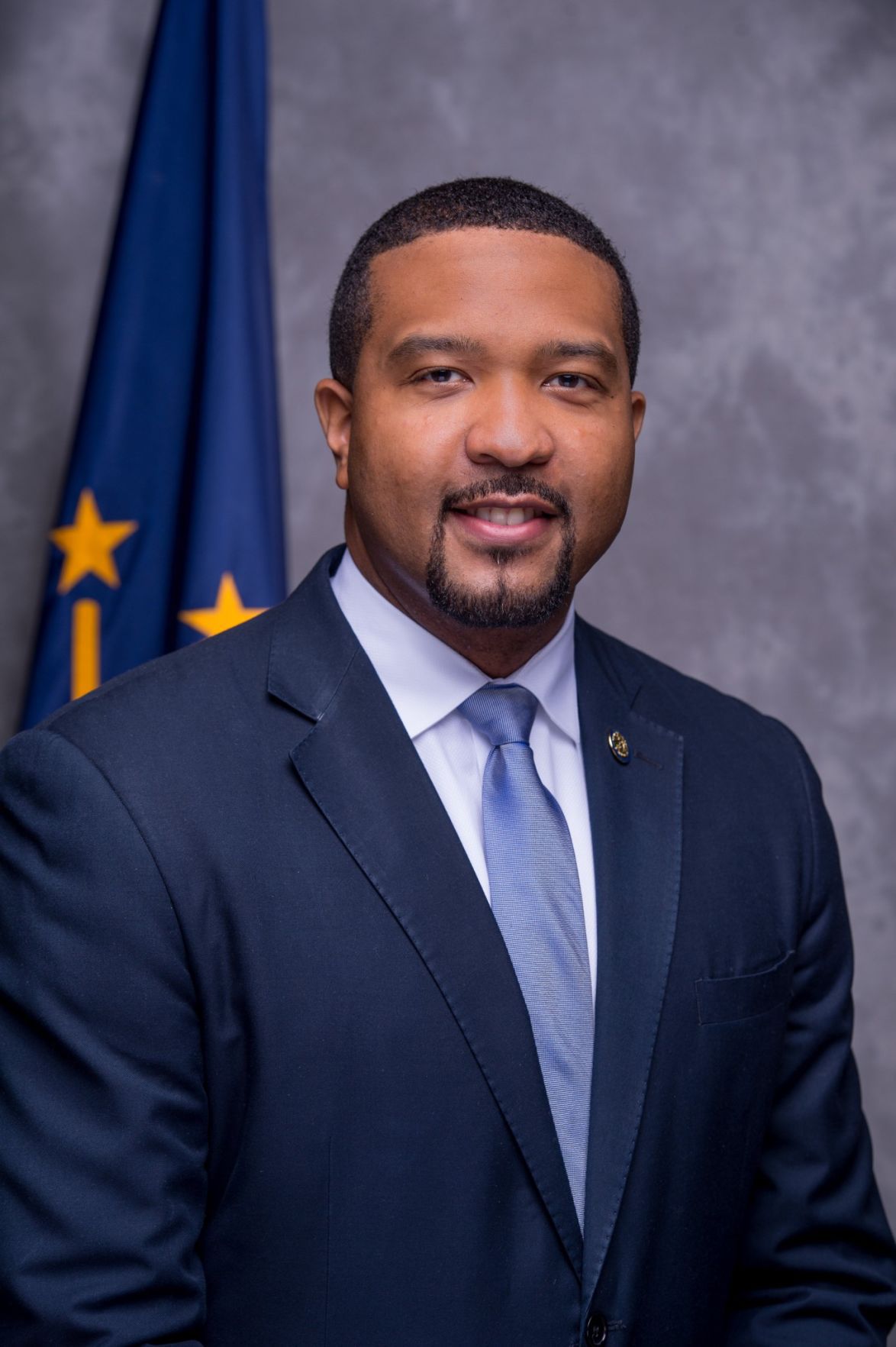 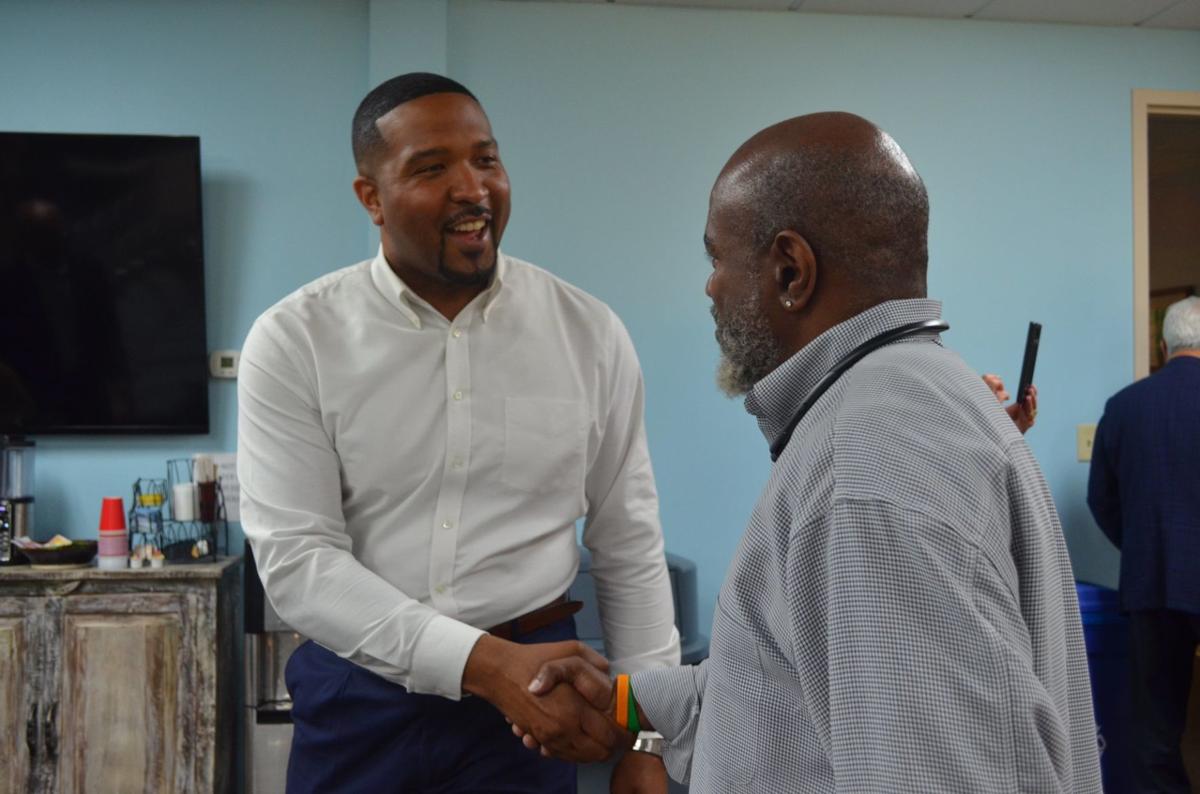 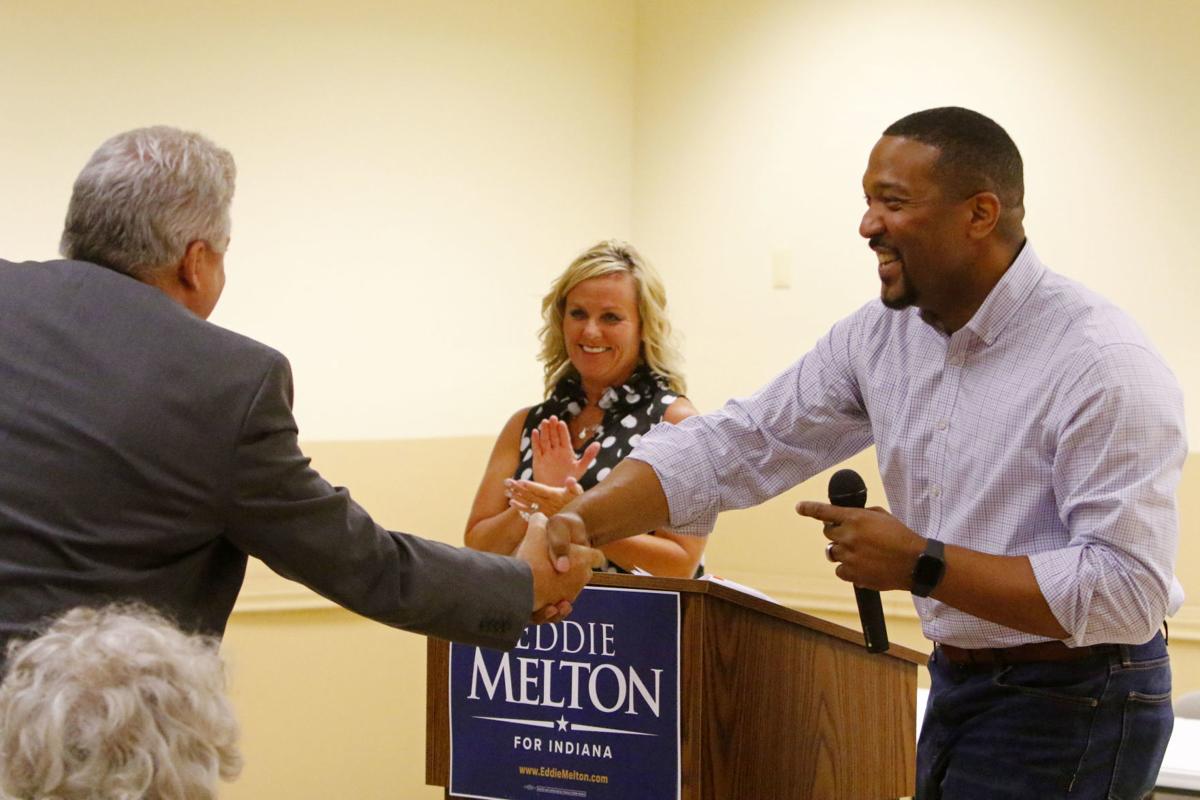 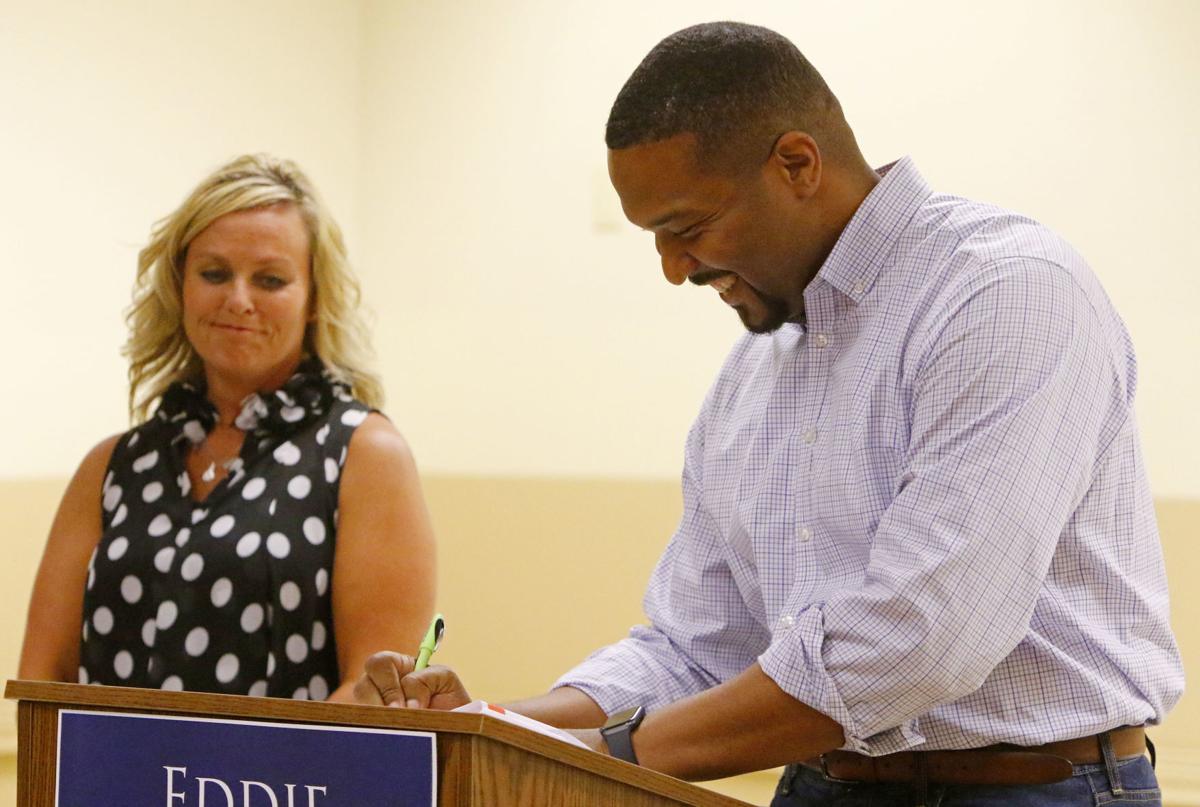 State Sen. Eddie Melton, right, smiles as he writes down public comments from educators and community members July 30 at Ophelia Steen Family & Health in Hammond. Melton and State Superintendent of Education Jennifer McCormick, left, made the stop as part of a statewide listening tour.

GARY — State Sen. Eddie Melton, D-Gary, is announcing Tuesday in his hometown that he's running for the Democratic nomination for Indiana governor to make the voices of Hoosiers once again resonate in the halls of the Statehouse.

"Most folks feel that state government is not paying them any attention, is not focused on the issues that matter to them the most," Melton said Monday in an exclusive interview with The Times. "We have to prioritize these issues. These have to be issues that are at the top of our agenda as a state."

Melton has spent the past four months traveling thousands of miles across Indiana, meeting with Hoosiers in small towns, big cities and growing suburbs to find out from the people what they want for Indiana in the 21st century.

He said no matter where Hoosiers live their concerns largely are the same — education, health care, jobs and preserving democracy — four issues that Melton will pledge at 5:30 p.m. in the Gary Public Library, 220 W. Fifth Ave., that will be at the center of his campaign, as well his term in office if next year he's elected as Indiana's 52nd governor.

"This is not something that I'm making up. This is a vision that I'm taking from the people directly," Melton said. "This is not about me. This is about the greater good of all Hoosiers."

Concerning education, Melton said there's no question among the people of Indiana that the state's Republican governors and Republican legislative supermajorities have starved schools of desperately needed funds, underpaid teachers, imposed too many testing mandates, ignored the rising cost of college, burdened students with impossible levels of debt and failed to invest in cultural amenities to keep Indiana college graduates in Indiana.

He said Hoosiers likewise are struggling to keep up with rising health insurance costs, Healthy Indiana Plan participants are being forced to comply with a legally questionable work requirement, urban and rural residents have fewer options for nearby health care, and Indiana is becoming an outlier by maintaining a ban on both medical and recreational marijuana.

"You still have individuals spending years in prison, that are nonviolent offenders, that are doing 10 to 20 years for having a few ounces of marijuana on them," said Melton, who favors marijuana legalization paired with criminal justice reforms.

Similarly, Melton said Gov. Eric Holcomb hasn't done enough to combat Indiana's dismal infant and maternal mortality rates, despite Holcomb naming it a top priority for his administration, and Melton said after meeting Hoosiers rationing their supply that there's been no state leadership to address the skyrocketing cost of insulin.

"We as a state can do a more aggressive job on addressing that issue," Melton said. "Hoosiers shouldn't have to figure out if they're going to pay their mortgage or buy life-saving medication."

In that same vein, Melton said Hoosiers want their state to do more to embrace the future through investments in "smart" jobs and technology. They also want to know that Indiana's 203-year-old democracy remains intact by minimizing barriers that make it more difficult to cast a ballot, he said.

"What's wrong with making voting easier for Americans and for Hoosiers?" Melton asked.

The first-term senator faces two opponents from Indianapolis for the Democratic gubernatorial nomination: Dr. Woody Myers, 65, state health commissioner from 1985 to 1990; and Josh Owens, 34, CEO of SupplyKick, a company that develops digital strategies for retailers, and the first openly gay Indiana gubernatorial candidate.

Melton, 38, said he has met both men, but does not know either of them particularly well. In any case, Melton said his focus is on taking the messages he got from Hoosiers and turning them into policies on their behalf.

On Tuesday, Melton will be joined at the Gary library by Jennifer McCormick, the Republican state superintendent of public instruction, who also accompanied Melton at several stops on his statewide tour.

Melton said McCormick to him is an example of how to persevere in public office despite powerful forces aligned against her, and the importance of working across party lines for the good of all Hoosiers.

As for whether a Melton-led Democratic ticket might include McCormick, whose elected office is being replaced in 2021 by a governor-appointed secretary of education, he only would say: "All options are on the table ... I'm not ruling anything out."

The Democratic gubernatorial primary is set for May 5, 2020. The Democratic state convention then will meet in June 2020 to ratify the nominee's choice for lieutenant governor and select a Democratic attorney general nominee, who will compete against the Republican and Libertarian candidates at the Nov. 3, 2020, general election.

Melton's Senate seat also will be on the ballot next year, meaning he would have to drop out of the gubernatorial contest in the next few months if he wanted to try to continue representing Senate District 3, which includes all or part of Gary, Lake Station, New Chicago, Hobart, Merrillville and Crown Point.

He declined to immediately recommend a candidate to succeed him in the Senate.

State Sen. Eddie Melton, D-Gary, will launch his campaign for Indiana governor at 5:30 p.m. Tuesday at the Gary Public Library, 220 W. 5th Ave. Jennifer McCormick, the Republican state superintendent of public instruction, also will be on hand. The event is free and open to the public.

Indianapolis state representative opts out of run for Indiana governor

State Rep. Karlee Macer, D-Indianapolis, has decided not to run next year for Indiana governor.

Have you voted yet? More than 4,000 early voters have cast ballots so far

Two young Hoosier Democratic leaders will share the stage in South Carolina Saturday as part of a national discussion of criminal justice issues.

State Sen. Eddie Melton, D-Gary, says he's being encouraged by both Democrats and Republicans to consider giving up his campaign for Indiana governor, and instead running to succeed retiring U.S. Rep. Pete Visclosky, D-Gary, in Congress.

State Sen. Eddie Melton, D-Gary, is ending his campaign for Indiana governor after failing to raise the money he believes is needed to prevail in a three-way Democratic primary.

Melton files for reelection to Indiana Senate, Hatcher running again for the House

State Sen. Eddie Melton, D-Gary, and state Rep. Ragen Hatcher, D-Gary, both filed for reelection Tuesday after each flirted with running for a higher office.

State Sen. Eddie Melton, right, smiles as he writes down public comments from educators and community members July 30 at Ophelia Steen Family & Health in Hammond. Melton and State Superintendent of Education Jennifer McCormick, left, made the stop as part of a statewide listening tour.