A top Hoosier Republican is urging Chicago police officers fired from their job for refusing to comply with the city's COVID-19 employee vaccine requirement to cross the state line and work instead for an Indiana law enforcement agency.

U.S. Sen. Mike Braun, R-Ind., said the 4,500 Chicago cops at risk of losing their jobs for failing to comply with a direct order should come to Indiana where local police agencies "will welcome you with the respect you deserve," instead of subjecting them to "government overreach."

"Our police do the hardest job in the world, and they deserve respect — not losing their pay or being fired for refusing to comply with a ridiculous vaccine mandate," Braun said in a press release.

"My office stands ready to help connect Chicago police officers to an Indiana police department that is hiring now and doesn't have a vaccine mandate."

"From the governor on down, in Indiana, we support our law enforcement," Scheckel said to Fox News. "I think there's a clear contrast between what's going on in the city of Chicago right now and what's happening in the state of Indiana."

Scheckel also told Fox News any Chicago officers who relocate to the Hoosier State can count on an improved quality of life compared to Illinois.

"Here in Northwest Indiana, in Munster, we have one of the top-rated school systems in the state," he said. "(Officers) can send their kids to public school. It's a low-crime community. Even though we're 30 minutes from Chicago, we're rated one of the 10 safest cities in the state of Indiana. So, it's really just a step across the state line to a better life for the officer."

According to the Indiana Department of Health, the 46321 ZIP code in Munster has one of the highest vaccination rates in the state with 77.5% of eligible individuals 12 and older protected against COVID-19 infection, hospitalization and death.

Drew Anderson, spokesman for the Indiana Democratic Party, said Braun should be celebrating that result, and encouraging more Indiana communities to get vaccinated, instead of "acting like a bully on an issue that has nothing to do with Indiana or Hoosier families."

"Indiana Republicans need to stop prioritizing an extreme partisan agenda that invalidates life-saving vaccines, and it's our hope that Braun and the entire Indiana GOP starts a message campaign that gets more shots in arms because we must protect Hoosier lives during the pandemic," Anderson said.

"(We) suggest Braun turn his sights back to Indiana and issues that really matter, including broadband internet expansion and revitalizing the state's entire infrastructure system — issues he claims to care about but on which he's voted 'no' this year."

The Chicago vaccine mandate began in August when Mayor Lori Lightfoot directed all city employees to be fully vaccinated against COVID-19 no later than Oct. 15.

Records show the Chicago Police Department had the lowest vaccination rate of all city departments at the deadline with about one-third of the city's officers, or 4,500 cops, failing to report their vaccination status as required.

The Fraternal Order of Police has requested a judge issue a restraining order to prevent Chicago police officers from being put in "no-pay" status for noncompliance, ahead of possible termination.

The free COVID-19 vaccine is available without an appointment at 1,083 locations across Indiana, including most retail pharmacies, health clinics and hospitals. A vaccine site list is available online at ourshot.in.gov.

State data show more than 3.3 million Hoosiers are fully vaccinated against COVID-19. Braun repeatedly has refused to say whether he's gotten the shot.

The million case milestone was passed Sunday. Unvaccinated individuals have accounted for 98.5% of Indiana's COVID cases, 99.97% of COVID hospitalizations and 99.99% of COVID deaths, the state said.

This is the 19th renewal of Indiana's COVID-19 emergency since March 6, 2020, when the first case of COVID-19 was confirmed in the Hoosier State.

State health officials are recommending Hoosiers avoid the risk of COVID-19 infection, hospitalization and death by getting the free COVID-19 vaccine as soon as possible.

Top Hoosier Republicans are pushing back on Democratic President Joe Biden's efforts to bring a close to the COVID-19 pandemic by boosting vaccination rates across the country.

Gov. Eric Holcomb said the state stands ready to assist local leaders in their responses to the COVID-19 pandemic, but he has no interest in dictating additional COVID-19 directives from the Statehouse.

The man told officers "he was coming to watch his kid play ball, and the next thing he knew he 'blacked out and woke up to that' and he nodded his head toward the accident," police said.

State health officials are anticipating Hoosier children ages 5 to 11 will be able to receive the Pfizer COVID-19 vaccine possibly as soon as the middle of next week.

Hoosier parents can schedule appointments beginning at 7 a.m. Thursday to get their children ages 5 to 11 protected against infection, hospitalization and death from COVID-19.

"Since the announcement of President Biden’s vaccine and testing mandate in September, I have led the charge to strike down this vast overstep of authority by the federal government."

Attorney General Todd Rokita declared Thursday that the COVID-19 prevention policies of President Joe Biden are an "egregious" and "insidious" overreach, and a "direct attack on state's rights."

The Lake County Council is expected Tuesday to approve a plan providing an additional COVID-19 incentive payment worth $500 each to eligible sheriff's police and county jail employees.

The Indiana Democratic Party is asking the U.S. attorney, as well as state and local authorities, to investigate whether U.S. Sen. Mike Braun, R-Ind., has violated federal and state tax laws. 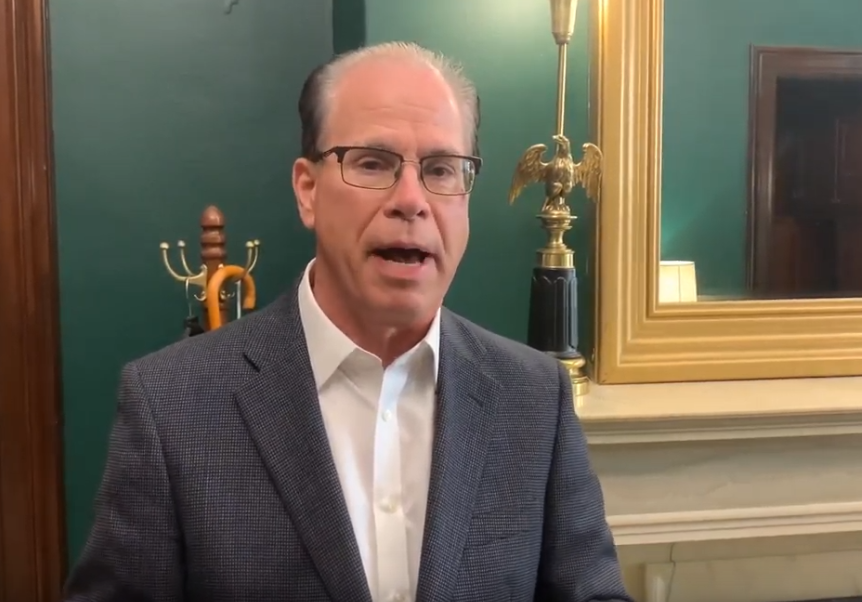 U.S. Sen. Mike Braun, R-Ind., is urging Chicago police officers fired from their job for refusing to comply with the city's COVID-19 employee vaccine requirement to cross the state line and work instead for an Indiana law enforcement agency. 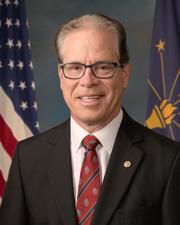