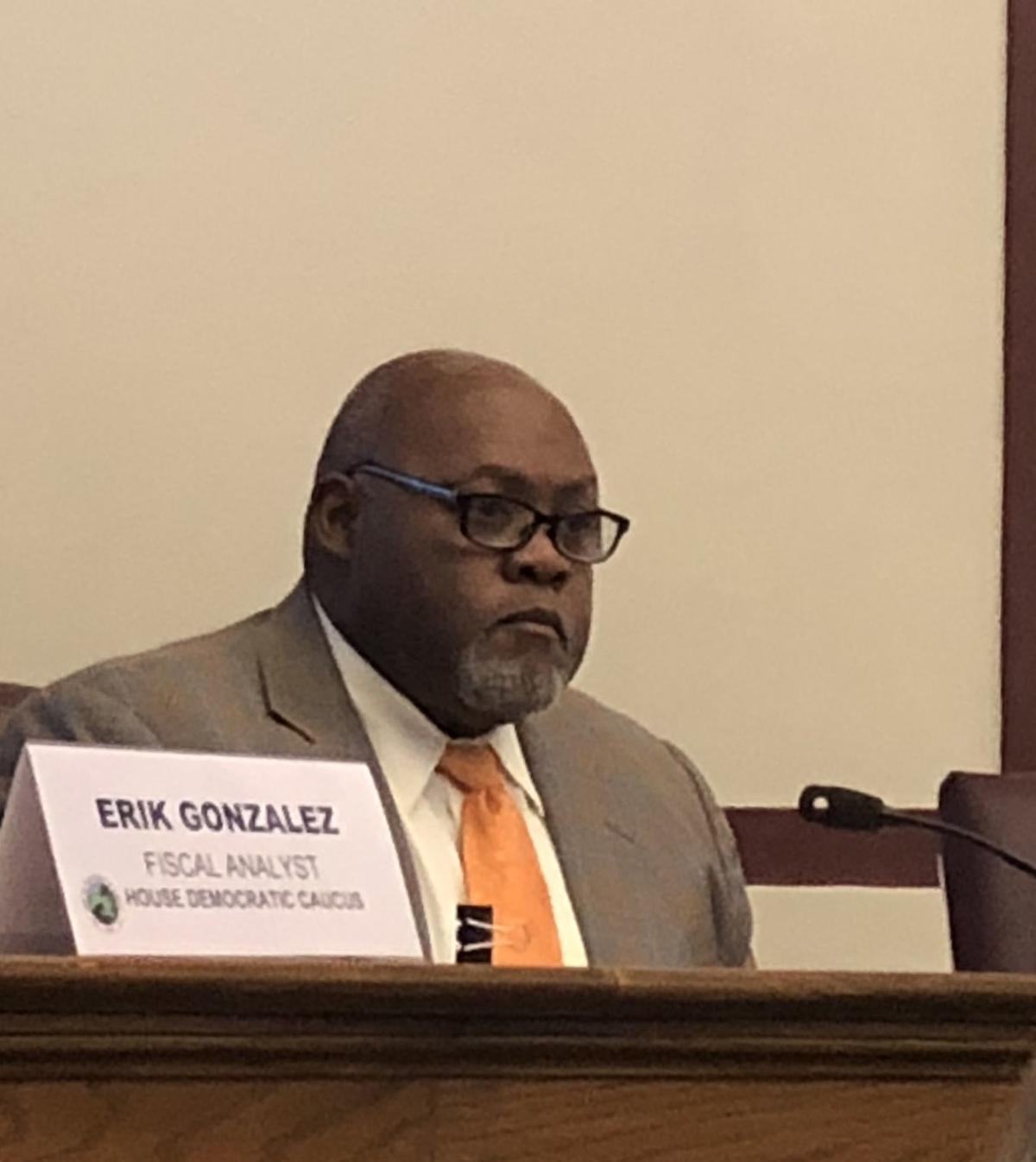 State Rep. Greg Porter, D-Indianapolis, quizzed Holcomb administration officials Tuesday about the governor's justification for not seeking legislative input on how to spend $1 billion the state recently received in exchange for permitting higher truck tolls on the Indiana Toll Road. 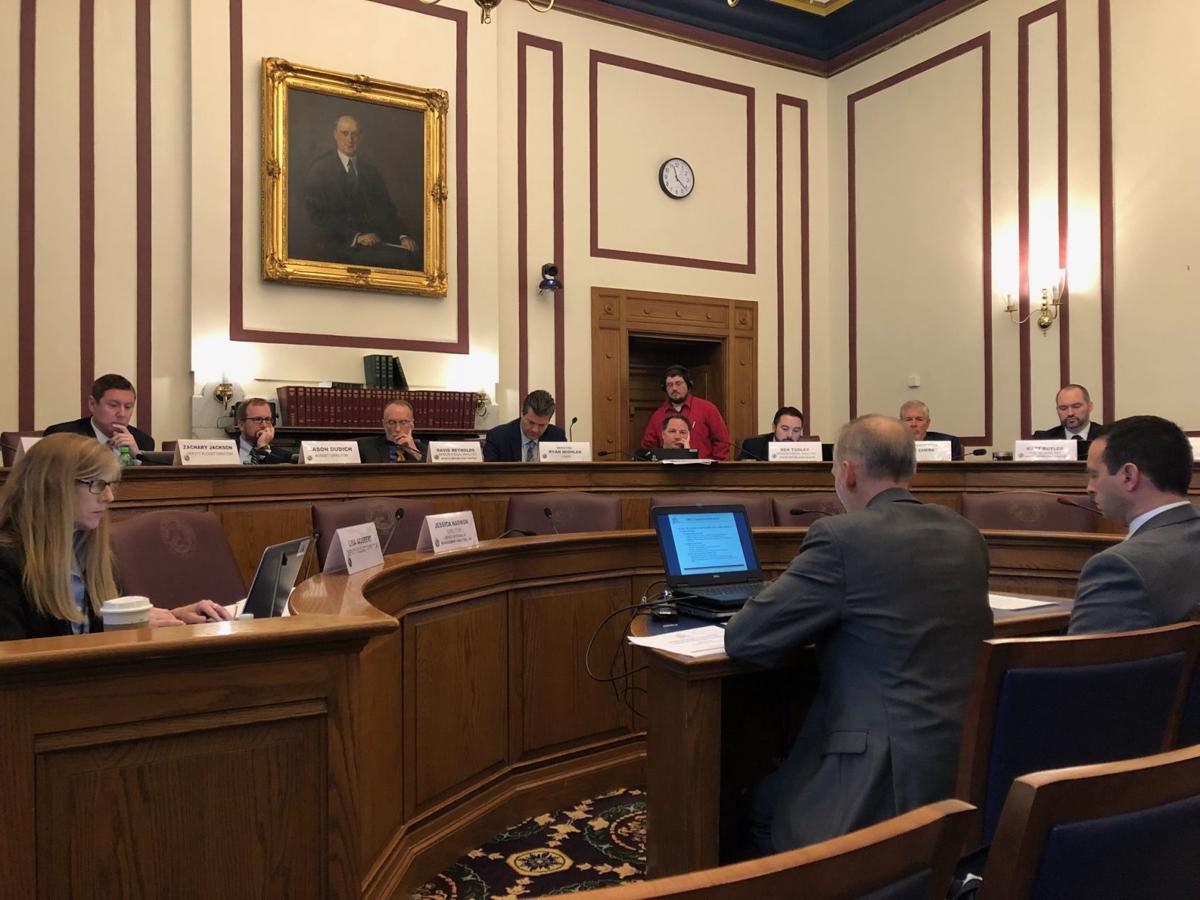 Holcomb administration officials, seated foreground, speak Tuesday to the State Budget Committee about the governor's plans for spending $1 billion the state recently received in exchange for permitting higher truck tolls on the Indiana Toll Road. Some legislators are upset that the General Assembly was not consulted about the plan.

INDIANAPOLIS — Some Hoosier legislators still are smarting over Gov. Eric Holcomb bypassing the General Assembly in deciding how to spend $1 billion paid to the state in exchange for permitting the Indiana Toll Road operator to hike truck tolls by 35 percent.

At a budget hearing Tuesday, state Rep. Greg Porter, D-Indianapolis, repeatedly reminded Micah Vincent, director of Holcomb's Office of Management and Budget, that the Legislature is a co-equal branch of government, and deserves to be heard on significant state spending decisions.

"This was a major change in the lease and we as a Legislature had no input in regards to it," Porter said.

"What else is going on that we don't know about?"

Vincent insisted the executive branch followed all the relevant laws and procedures for altering the Toll Road rates, and the revenue received for authorizing the October toll hike likewise will be spent in accordance with state statutes.

He said nearly 80 percent of that money is slated to go toward finishing Interstate 69 in central Indiana and upgrading U.S. 30 and 31 in northern Indiana, with the remainder earmarked for rural broadband ($100 million), bike trails ($90 million) and international flights from Indianapolis ($20 million).

Porter clearly was not satisfied by Vincent's legalistic explanation.

He suggested Vincent was dancing an "Indiana waltz" to avoid discussing why the Republican administration thought it acceptable to keep the Republican-controlled General Assembly out of the loop on the latest Toll Road deal.

"We were major players at one point as a General Assembly and legislative branch, and it seems like we're not now," Porter said. "At this point it is what it is, but it's duly noted."

"There has to be some legislative oversight on this lease agreement. I don't think we just keep opening it up and then finding out about it," Mishler said.

Mishler also is skeptical that the governor's plan to spend more than $200 million on items other than roads and bridges is permitted under the law authorizing the Toll Road to be leased in 2006 to a private operator for a 75-year term.

"I'm not saying these things aren't important," Mishler said. "But trails and broadband I think would be a stretch to be considered roads and transportation projects."

SPRINGFIELD, Ill. — Illinois officials want to hear about your experiences rolling down the highways or riding the rails of a commuter train.

INDIANAPOLIS — Gov. Eric Holcomb is standing by his plan to postpone for up to four years state action that increases teacher wages, despite a…

INDIANAPOLIS — A group of truck drivers is suing Gov. Eric Holcomb over a 35 percent fee increase placed on large trucks that use the Indiana …

VALPARAISO — A Porter County state lawmaker has been named "Legislator of the Year" by the Indiana Broadband and Technology Association.

Gov. Holcomb promises no new interstate tolls in Indiana during his administration

INDIANAPOLIS — Gov. Eric Holcomb will not take action to toll Indiana's interstate highways during his tenure in office, a decision that a key…

INDIANAPOLIS — Indiana Toll Road rates for trucks and other heavy vehicles with more than two axles will jump 35 percent on Oct. 5 in exchange…

MARTINSVILLE — Gov. Eric Holcomb announced Tuesday that the state will invest an additional $1 billion in its transportation and technological…

INDIANAPOLIS — "You are going to smell asphalt morning, noon and night."

State Rep. Greg Porter, D-Indianapolis, quizzed Holcomb administration officials Tuesday about the governor's justification for not seeking legislative input on how to spend $1 billion the state recently received in exchange for permitting higher truck tolls on the Indiana Toll Road.

Holcomb administration officials, seated foreground, speak Tuesday to the State Budget Committee about the governor's plans for spending $1 billion the state recently received in exchange for permitting higher truck tolls on the Indiana Toll Road. Some legislators are upset that the General Assembly was not consulted about the plan.