Helicopter called for 1 of 3 crashes on I-65, police say 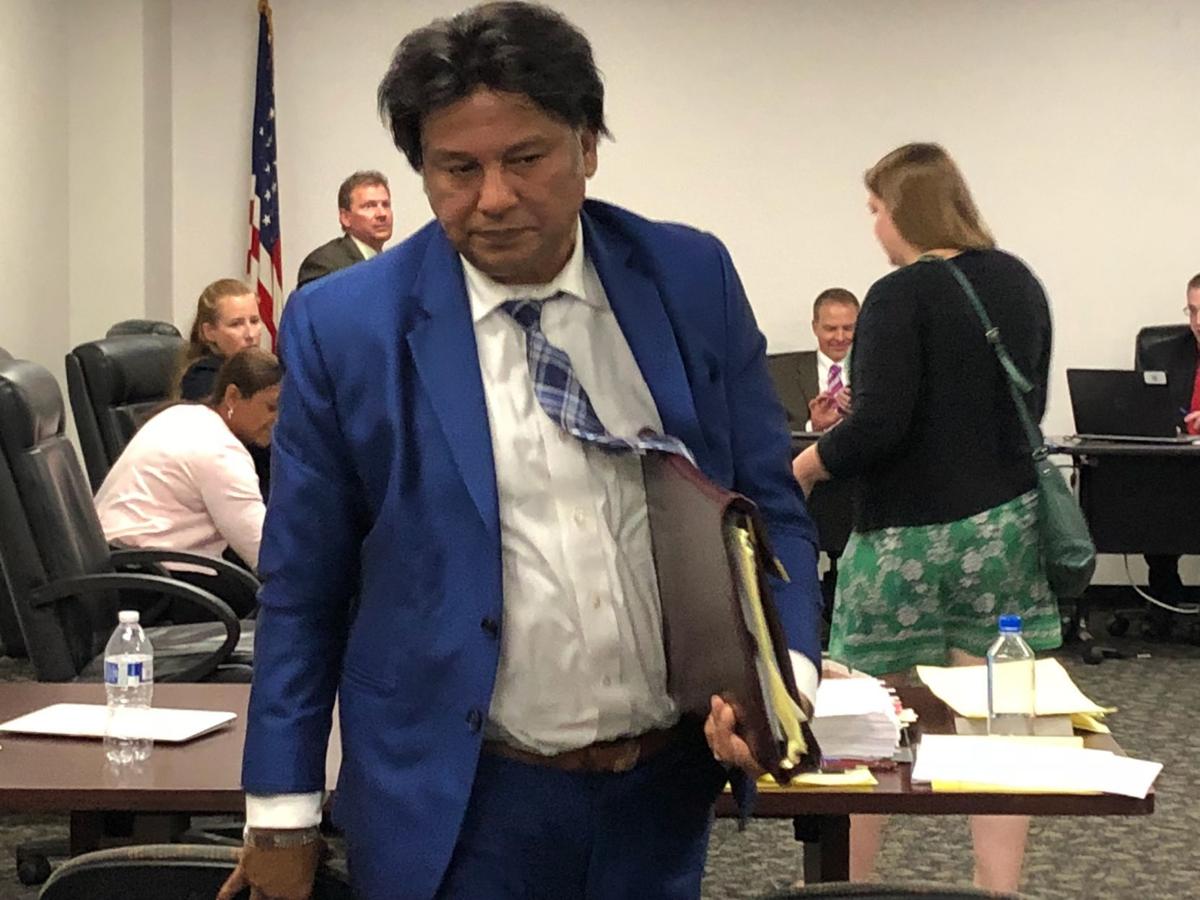 Dr. Faizuddin Shareef, a Munster drug addiction physician, leaves a hearing at the Medical Licensing Board of Indiana Thursday night after the board voted 3-2 to suspend his medical license for 90 days. 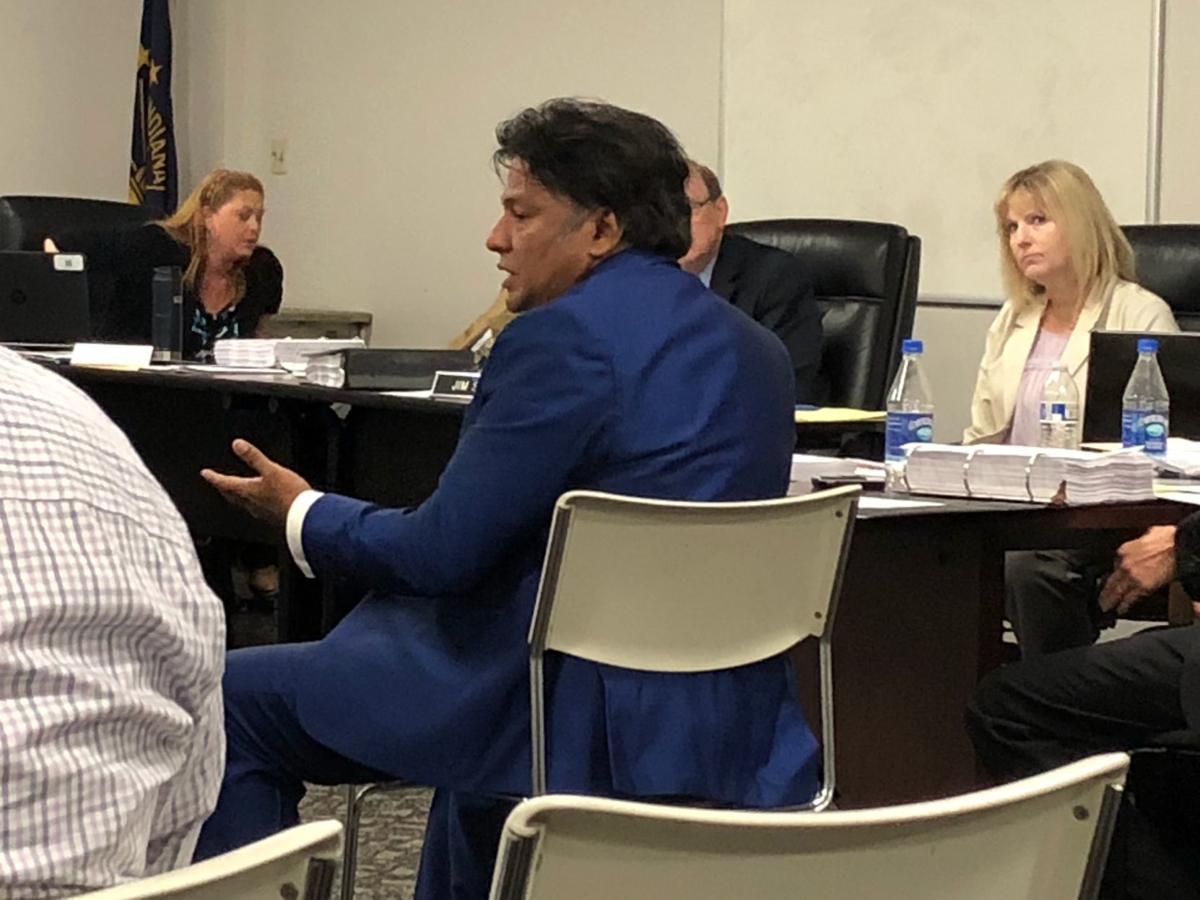 Dr. Faizuddin Shareef, a Munster drug addiction physician, unsuccessfully makes his case Thursday to the Medical Licensing Board of Indiana as to why his medical license should not be suspended for 90 days.

INDIANAPOLIS — A Munster physician specializing in drug addiction is prohibited from practicing medicine for the next 90 days, leaving more than 200 patients being treated for substance use disorder at risk of suffering immediate withdrawal.

The Medical Licensing Board of Indiana voted 3-2 Thursday night to summarily suspend the medical license of Dr. Faizuddin Shareef, of NWI Medical Consultants, after concluding that he presents "a clear and immediate danger to public health and safety."

According to testimony and records presented to the board, Shareef routinely ignored the results of urine drug screens that showed his patients likely were trading or selling the Suboxone addiction treatment medication he prescribed them for heroin or other opioid drugs.

In addition, Shareef frequently prescribed nearly all his patients the same amount and the same strength of Suboxone without fully investigating the medical necessity of the treatments he was providing, said Deputy Attorney General Timothy Weber, who requested the board suspend Shareef's medical license.

Weber also pointed to the "abysmal" state of Shareef's medical records that, among other things, showed that he saw a patient three times following her death, and listed future medical history events for multiple patients on the record of their first visits.

Four of Shareef's patients are known to have died of drug overdoses in the past two years. While Weber said Shareef was not directly responsible for those deaths, he told the board that Shareef failed to take notice of clear warning signs that his patients were using heroin.

Dr. John Strobel, of Bloomington, the medical licensing board chairman, said prior to the vote on Shareef's suspension that there's no question "our citizens are at risk and we need to put the brakes on him."

"This is really sloppy. You can't be that sloppy," Strobel said. "If you're that sloppy bad things are going to happen."

Shareef acknowledged in his testimony to the board that his medical records are problematic but said his staff largely was to blame.

In any case, he pledged to clean them up as soon as possible.

He also emphatically urged the board to look beyond such issues and try to understand the need he fulfills by providing drug addiction treatment to some of the state's poorest residents who have nowhere else to turn.

Shareef observed that 175 people die every day in America from drug abuse, something he said even President Donald Trump has indicated is a national emergency.

Faced with helping people choose life over death, and in the absence of standard practice guidelines, Shareef said he's doing the best he can.

"I'm not killing anybody," Shareef said. "I'm not doing this thing to get money. I am only doing this to help my president with what he's trying to do."

"You may accuse me of giving them (my patients) more than the other prescribers. But I don't want them to die."

Indeed, Shareef warned that suspending his medical license will leave his 225 current patients at risk of immediate health issues associated with withdrawal as they'll likely have nowhere else to go to obtain Suboxone over the next three months.

He said his office at 8220 Calumet Ave. already was broken into Thursday as his attendance at the 12-hour licensing board hearing left his patients in a lurch.

That argument resonated with board members Dr. Scott Green, of Anderson, and Dr. Rebecca Moredock-Mueller, of Greenfield, who suggested that suspending Shareef's license will do more harm to his patients than he possibly could by treating them.

The attorney general's office is likely to continue investigating Shareef's medical practice during the 90-day suspension period and could return to the board in coming months to seek a longer term or an indefinite suspension.

FISHERS, Ind. — Paramedics in an Indianapolis suburb will begin providing laughing gas instead of powerful opioid painkillers to patients.

Opioid Summit seeks solutions to one of Indiana's most pressing problems

INDIANAPOLIS — The Hoosier State is at the center of America's opioid drug abuse epidemic, so it's up to Hoosiers to figure out how best to co…

INDIANAPOLIS — Gov. Eric Holcomb has enacted four new laws aimed at reducing the annual number of Hoosiers addicted to, and killed by, opioids.

Dr. Faizuddin Shareef, a Munster drug addiction physician, leaves a hearing at the Medical Licensing Board of Indiana Thursday night after the board voted 3-2 to suspend his medical license for 90 days.

Dr. Faizuddin Shareef, a Munster drug addiction physician, unsuccessfully makes his case Thursday to the Medical Licensing Board of Indiana as to why his medical license should not be suspended for 90 days.