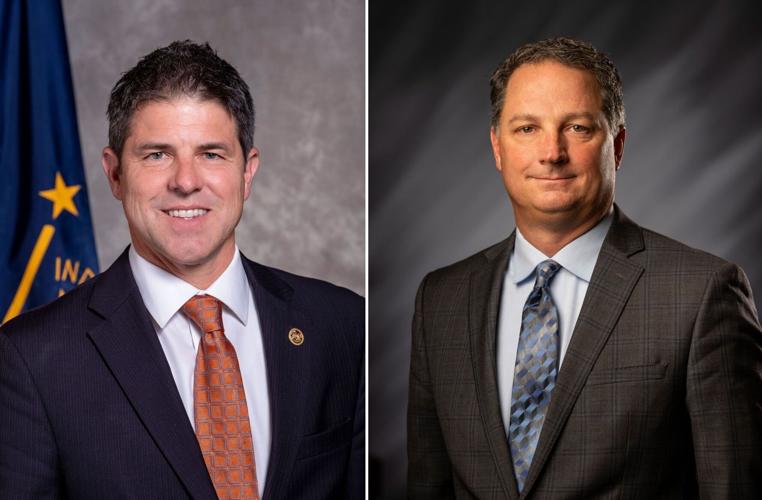 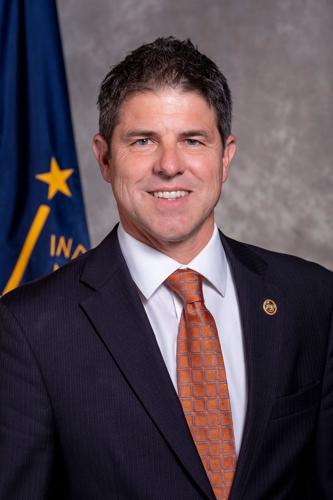 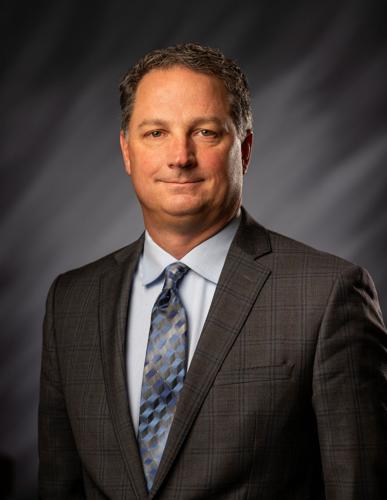 Speaking to reporters Tuesday, House Speaker Todd Huston, R-Fishers, and Senate President Rod Bray, R-Martinsville, both said they need to see what the nation's high court rules before deciding how the Indiana General Assembly will respond.

"We're a pro-life state, and we'd like to take a look at that. But we really have to wait and see what that opinion says when it comes down," Bray said. "There is a discussion about a range of things that we might do."

Earlier this month, a leaked draft ruling in a Mississippi abortion case, written by Justice Samuel Alito, suggested the Supreme Court is preparing to rescind the right to abortion established by the 1973 Roe v. Wade decision, setting the stage for each of the 50 states to set its own policy concerning abortion access.

Bray said the leaked opinion is not official and the high court potentially could scale back its ruling to merely upholding the Mississippi law that bans abortion after 15 weeks of pregnancy, with limited exceptions for medical emergencies or severe fetal abnormalities.

Implementing the Mississippi law in Indiana would have little impact on the number of abortions performed annually in the Hoosier State because 99.1% of Indiana's 7,756 abortions in 2020 occurred prior to 13 weeks gestation, according to the Indiana Department of Health.

At the same time, Bray acknowledged lawmakers are informally talking about what steps Indiana might take if the preliminary Supreme Court ruling authorizing states to impose a total abortion ban becomes the final decision of the court.

Bray insisted no decisions have been made and no proposed legislation has been drafted. He said potential abortion exceptions for pregnancies caused by rape or incest, or pregnancies that impair the life of the mother, still remain to be decided.

He also did not address how an Oklahoma-style abortion ban that begins at "fertilization" might impact the availability of birth control products that prevent uterine implantation of a fertilized embryo or access to in-vitro fertilization treatments in Indiana.

"We're going to take all those things into consideration to see where we land."

Huston declined to speculate on whether Indiana has the ability to take care of more than 7,000 potentially unwanted children who may be born each year if the state completely bans abortion.

He said the state has allocated a great deal of money in recent years to reducing maternal and infant mortality, and those investments will continue regardless of the Supreme Court's abortion ruling.

"We are committed to helping women," Huston said.

Republican Gov. Eric Holcomb so far has refused to say whether he will call the General Assembly into special session this summer to address abortion access following the Supreme Court decision, as requested in March by 100 Republican state legislators.

"I'm waiting to see what the court submits in their final decision," Holcomb said.

Hoosier Democrats said rather than a special legislative session to impair women's rights, Holcomb should call lawmakers back to the Statehouse to temporarily suspend the 56 cents in state taxes imposed on each gallon of gasoline sold in Indiana.

"Saving money for people during a period of global inflation should be a no-brainer for any public servant, but it’s clear the Indiana GOP gets their orders from Washington, D.C. — not Indiana," said Mike Schmuhl, chairman of the Indiana Democratic Party.

"Rather than wasting even more taxpayer dollars on a total abortion ban, something only 17% of Hoosiers want, we should be focusing on saving money for everyone by rolling back some of the Indiana GOP's tax hikes on everyday Hoosiers."

Abortion access already is strictly limited in Indiana. There is no "abortion on demand."

To obtain a surgical or pill-induced abortion in Indiana, a woman must first visit an abortion clinic, or an affiliated health clinic, at least 18 hours prior to her abortion appointment to receive state-mandated, in-person counseling intended to deter the woman from getting an abortion.

The woman also must undergo an ultrasound at her pre-abortion visit and be offered the opportunity to view the ultrasound imaging and listen to the fetal heart tone — unless she declines in writing.

Either way, the woman must, by law, be provided a printed copy of her ultrasound image at no cost.

Abortion-inducing medication only may be administered up to eight weeks post-fertilization and the first of the two doses must be taken in the presence of the physician.

Telemedicine may not be used to obtain abortion-inducing pills in Indiana, even though the U.S. Food and Drug Administration has authorized telemedicine prescription and mail delivery of abortion pills at up to 10 weeks gestation.

An Indiana woman undergoing a surgical abortion is required to decide whether she will take responsibility for burying or cremating the abortion remains, or allow the abortion provider to handle disposal, which must be either by burial or cremation.

State law imposes additional, significant restrictions for abortions after 13 weeks gestation, even more barriers after 20 weeks, and mandates, in nearly all circumstances, parental consent for an abortion performed on a person less than 18 years old.

A state statute set to take effect July 1 creates a new crime of "coerced abortion" that will punish anyone "who knowingly or intentionally coerces a pregnant woman to have an abortion" with up to 2 1/2 years in prison.

Transgender girls in Indiana, regardless of their physical characteristics or gender identity, are prohibited by law from participating in girls sports teams at all K-12 schools beginning July 1.

Here are the facts about abortion in Indiana

The right to abortion is poised to become a top issue for both Democratic and Republican candidates in this year's general election in Indiana.

U.S. Sen. Mike Braun would welcome the U.S. Supreme Court rescinding its 1967 ruling that legalized interracial marriage nationwide in favor of allowing each state to decide such issues on its own.

Republican state legislators are urging Republican Gov. Eric Holcomb to call the Indiana General Assembly into special session if the U.S. Supreme Court limits or rescinds the right to abortion.

Coercing a woman into having an abortion already is a crime under Indiana's intimidation statute. Nevertheless, the Legislature agreed Tuesday to create a new crime of "coerced abortion."

Petitions signed by some 400 Hoosier health care workers and medical students were delivered Thursday to Gov. Eric Holcomb urging the Republican not to call a special legislative session on abortion.

Judge Michael S. Kanne, a Chicago-based federal appeals court judge from Rensselaer, died Thursday at home with his wife, Judith Ann, by his side. He was 83.