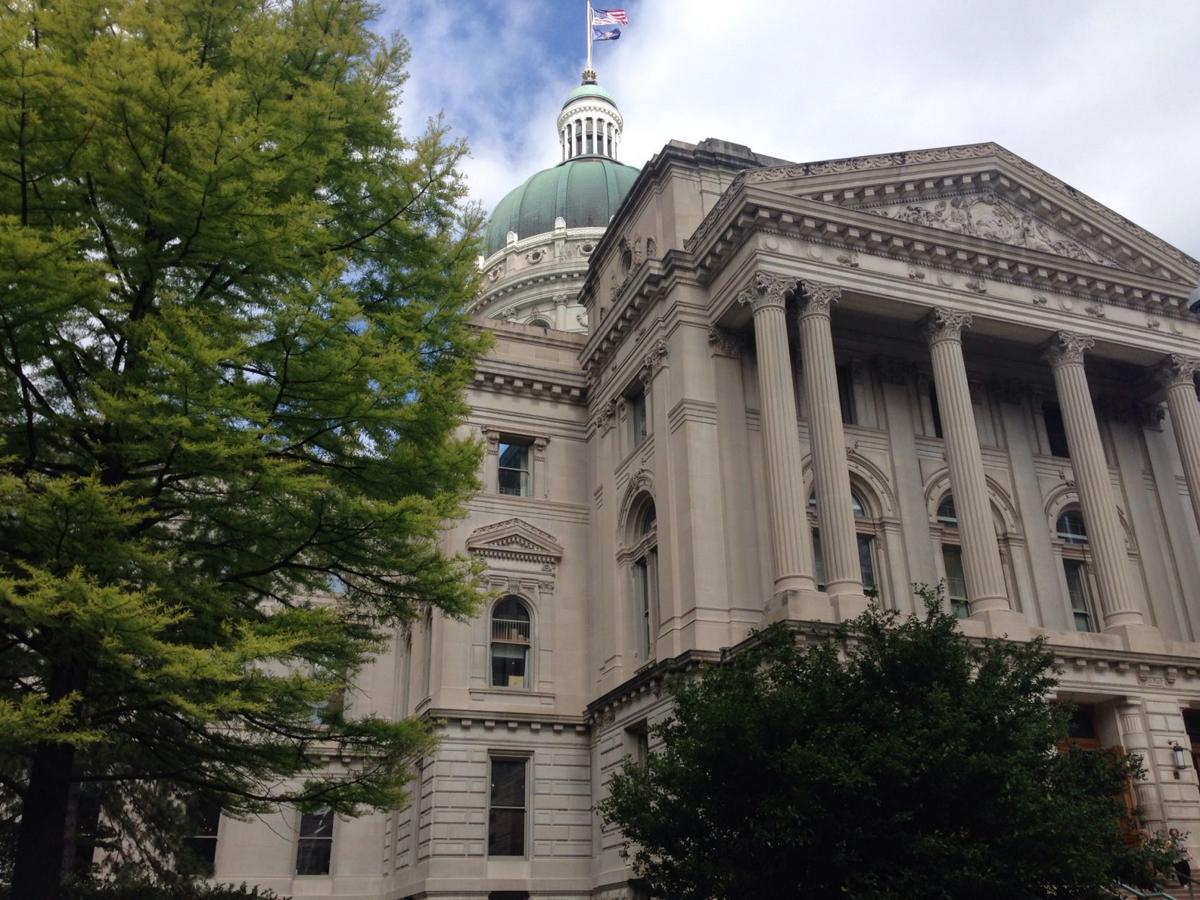 Who ends up working inside the Indiana Statehouse may depend in part on how legislative district lines are drawn. 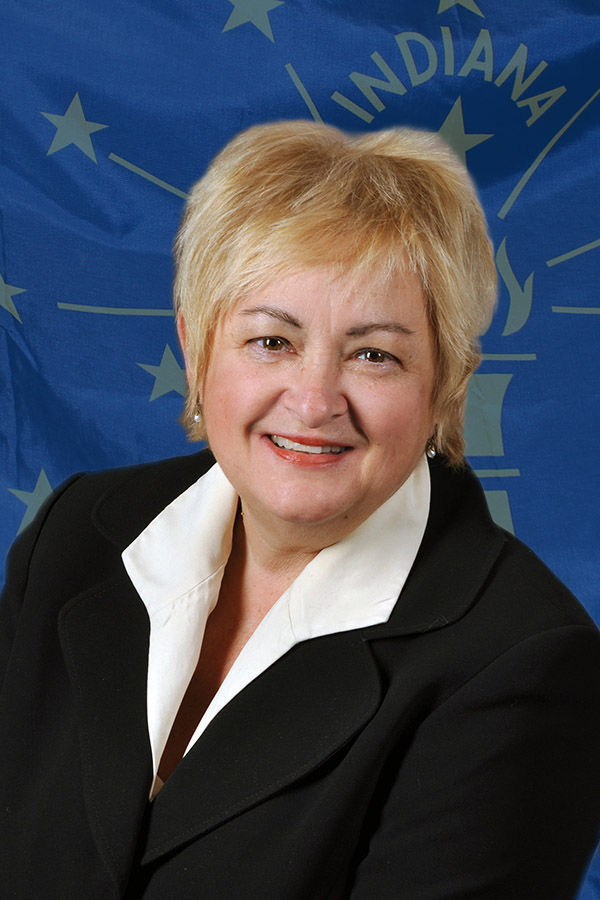 INDIANAPOLIS — Indiana's legislative district boundaries appear to intentionally favor the Republican Party, according to a new analysis by the Associated Press.

The news cooperative used a measurement tool known as the "efficiency gap" to determine that Hoosier Republicans control five Indiana House seats and one U.S. House seat more than would be expected from the 2016 vote share won by GOP candidates.

That could prove significant if the U.S. Supreme Court next year upholds a lower court decision that struck down the Wisconsin Assembly's district maps as an unconstitutional partisan gerrymander.

One possible outcome may see Hoosier lawmakers forced to redraw Indiana's legislative boundaries prior to the 2018 or 2020 elections, before tackling the state's 2021 redistricting following the once-a-decade national population count.

The Wisconsin case and AP analysis both rely on the efficiency gap, a measurement developed by Nick Stephanopoulos, a University of Chicago law professor, and Eric McGhee, a researcher at the nonpartisan Public Policy Institute of California.

It tallies "wasted votes" — defined as all the votes cast for a losing candidate and any votes for the winner beyond what were needed to win.

For example, if a Republican candidate defeats a Democratic candidate by a 60-to-40 percent margin, the Republican wasted 10 percent of her votes since she only needed 50 percent to win, while the Democrat's 40 percent vote share was entirely wasted because she didn't win.

A party that wastes fewer votes is considered more efficient at translating votes into victories.

Stephanopoulos and McGhee evaluated party efficiency against an expectation that for each percentage point gain over 50 percent in its statewide vote share, a party normally increases its seat share by 2 percentage points.

Greater gains may indicate a structural partisan advantage, such as gerrymandering.

Gerrymandering is the process of drawing districts to pack a large number of voters for an opposing party into a few districts or to spread them among multiple districts to dilute the strength of their votes.

Gerrymandering has been used for centuries by political parties to maintain their power.

The term was coined in 1812 after Massachusetts Gov. Elbridge Gerry approved a salamander-shaped voting district to boost his party's chances of winning the seat.

The U.S. Supreme Court never has invalidated a legislative map due to partisan gerrymandering, though it repeatedly has struck down districts that intentionally deprive Americans of a meaningful vote based on other characteristics, primarily race.

The GOP controls seven of the nine U.S. House seats, the governor's office, the six other elected executive branch positions, 70 out of 100 Indiana House seats and 41 of 50 state senators.

Such overwhelming margins suggest gerrymandering may be afoot, since Republican vote totals in statewide races are significantly less than the share of seats held by Republican lawmakers.

"That happened on purpose," said state Sen. Karen Tallian, D-Ogden Dunes, who is part of an organization — Citizens for Fair Elections — working to eliminate partisan gerrymandering in Indiana.

The AP analysis of last year's Indiana House and U.S. House races appears to confirm Tallian's suspicion. The Indiana Senate was excluded because only half the chamber was up for election.

For the Indiana House, Republicans claimed 57.6 percent of the votes cast across 100 districts while Democrats received 42.4 percent.

Using the efficiency gap measure, where each point over 50 percent equals 2 percent more seats, the 7.6 percent GOP margin should produce 65 Republican seats, instead of the 70 that the party controls.

That translates to a 6-3 partisan split instead of the 7-2 advantage that Republicans enjoy.

Indiana's legislative district maps were drawn in 2011 by a Republican-controlled General Assembly and approved by Republican Gov. Mitch Daniels.

The GOP only had won control of the Indiana House a few months earlier, flipping a Democratic-led 52-48 chamber to a 60-40 Republican House in what was a dismal election year for Democrats nationwide.

Republicans have controlled the Indiana Senate continuously since 1978.

In 2012, the first election under the new maps, House Republicans grew their majority to 69 lawmakers, then 71 in 2014, before state Rep. Mara Candelaria Reardon, D-Munster, was able to reclaim her former seat in 2016 and reduce the GOP membership to 70.

Tallian said one way Republicans did it was by drawing boundaries that either concentrate as many Democrats as possible in one district, or put Democratic voters in districts with just enough Republicans that a Democrat candidate has no chance of ever winning.

She points to numerous Senate districts in the Indianapolis area that have populations centered in largely Republican suburbs but slice into mostly Democratic Marion County in an effort to dilute the value of city votes.

Tallian said if Indianapolis Senate districts were kept within city limits then Democrats likely would control up to six additional seats in the chamber.

The opposite process was used in Illinois where Democrats drew the maps.

Most Illinois Congressional districts have populations concentrated in generally Democratic areas of Chicago, then snake out to grab a minority of GOP suburban votes.

Tallian said it's difficult to gerrymander in Northwest Indiana because the Region is bordered by Illinois and Lake Michigan.

As a result, both districts now are represented by Republicans.

For the past two summers, a study committee composed of Hoosier lawmakers and good-government advocates consulted with national experts about whether Indiana should alter its partisan redistricting process.

The panel ultimately concluded that "the interests of the voters and citizens of Indiana would be best served if a bipartisan commission draws the Congressional and state legislative maps and submits the maps to the General Assembly for enactment beginning with the redistricting that follows the 2020 decennial census."

However, a proposal to establish that bipartisan commission went nowhere during the 2017 legislative session due in part to strong opposition by state Sen. Brandt Hershman, R-Buck Creek, floor leader for the Senate Republican supermajority.

Hershman said he does not believe Indiana is gerrymandered, he's not persuaded by the efficiency gap analysis and contends that redistricting reformers have other policy objectives they're trying to implement.

"While district lines may have some marginal impact on an election outcome, I would say that there are a lot of other factors in play that have a greater role," Hershman said.

Those other factors include candidate quality and fundraising ability — two things he said Indiana Democrats have struggled with in recent years.

As a result, Republicans have won elections that might have gone the other way if their opponents had more experience running campaigns or serving in public office.

He suggested that having a commission draw legislative boundaries is a nice idea in theory, but no state with a commission has completely eliminated partisanship from redistricting.

Moreover, he observed, there isn't even a way to measure that.

"So to try and suggest some ill-intent because you can manipulate one variable to suit your policy objective is false."

Tallian is not giving up on her efforts to, as she said, put voters in charge of picking their representatives instead of the other way around through gerrymandering.

"We have a group, we have a legal team, we have a website, we are raising money to pay for the experts," Tallian said. "If we can't win the battle in the Legislature, we are going to take the battle to the courts."

She believes partisan gerrymandering is as insidious as racial gerrymandering, because both deprive voters of a meaningful say in their government.

"When you gerrymander districts it makes it a lot more difficult to vote out the party in power," Tallian said.

Citizens for Fair Elections is expected to decide this week whether to immediately pursue an Indiana lawsuit along the lines of the Wisconsin case, or to wait for a decision by the U.S. Supreme Court.

Redistricting-reform legislation also is likely to be filed once again with the Indiana General Assembly when lawmakers convene in January for a 10-week session.

Democracy with no choices: Many candidates run unopposed

When voters cast ballots for state representatives last fall, millions of Americans essentially had no choice: In 42 percent of all such elect…

INDIANAPOLIS — An Indiana senator railed against Carrier Corp. for moving manufacturing jobs to Mexico last year, even as he profited from a f…

INDIANAPOLIS — The nine Democrats serving in the 50-member Indiana Senate are few in number, but united behind policies they believe will make…

WASHINGTON — Dealing with an issue that could affect elections across the country, Supreme Court justices wrestled Wednesday with how far stat…

INDIANAPOLIS — The Hoosier state's most prominent Latina lawmaker has been elected to lead the Board of Hispanic Caucus Chairs, a national org…

A four-term state representative from Indianapolis appears to be preparing to seek the Democratic nomination for Indiana governor.

The fight to remove partisanship from the process of drawing Indiana's legislative boundaries will continue, even though the U.S. Supreme Cour…

The 2016 presidential contest was awash with charges that the fix was in: Republican Donald Trump repeatedly claimed that the election was rig…

How much partisanship is too much? Efficiency gap gauges it

To say there is an "efficiency gap" between two people is a wonky way of claiming one person is more productive than another at work. Perhaps …

INDIANAPOLIS — A nine-member Indiana redistricting commission, instead of the General Assembly, should direct how congressional and legislativ…

INDIANAPOLIS | Legislative elections always affect the short-term future of the state, but the Nov. 2 general election will determine public p…

Indiana projected to retain its nine U.S. House seats after census, Illinois set to lose one

Three Midwestern states are set to lose one representative in Congress beginning in 2023.

Who ends up working inside the Indiana Statehouse may depend in part on how legislative district lines are drawn. 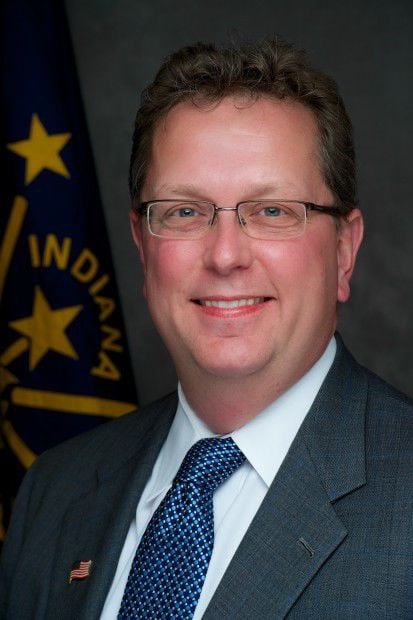