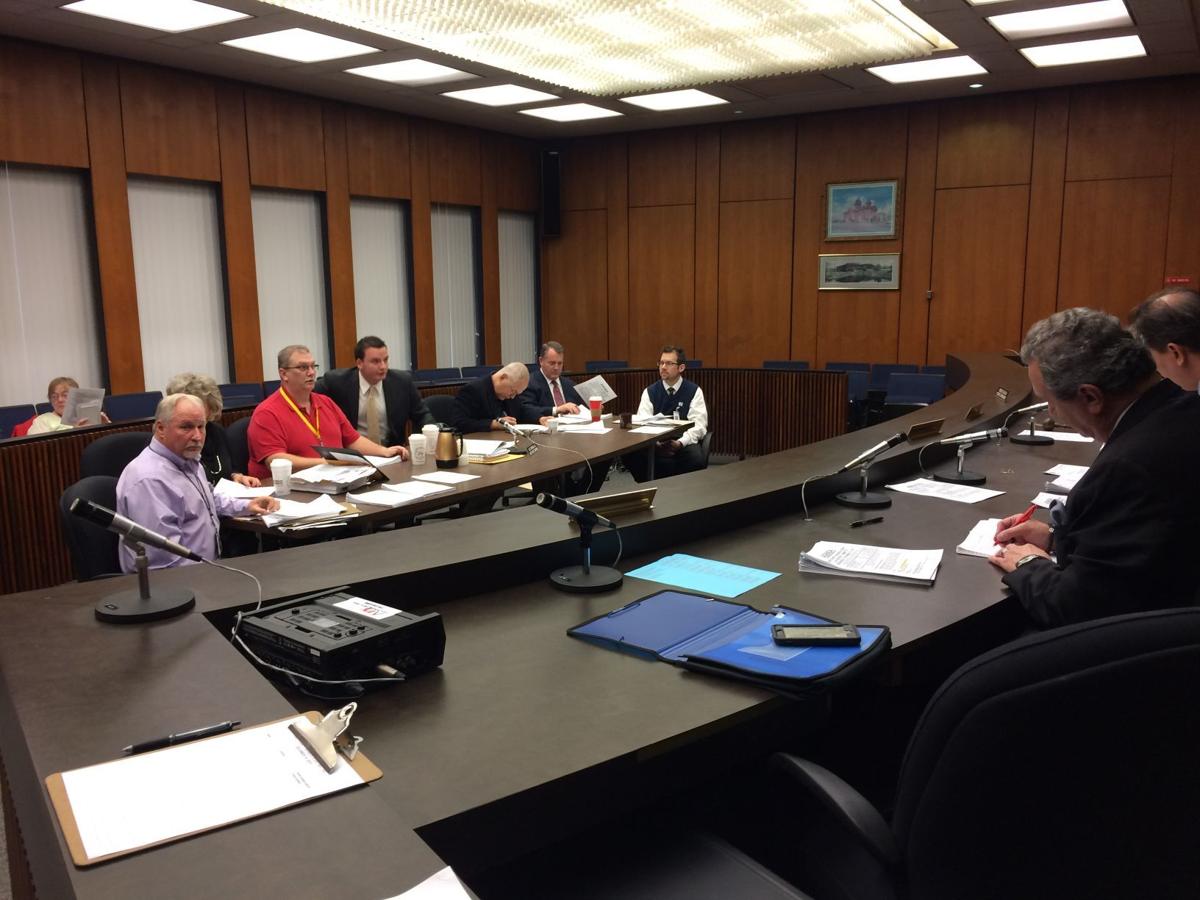 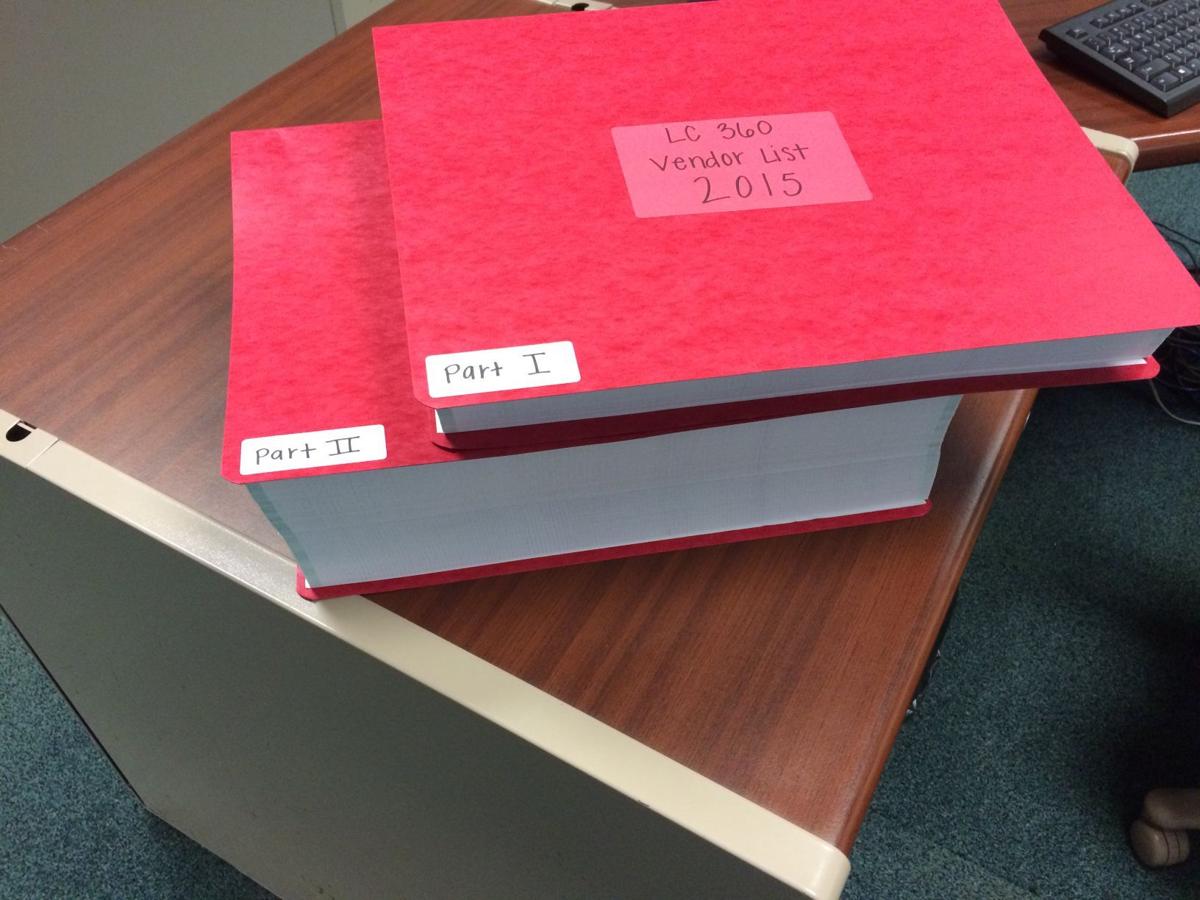 The 1,894 pages in in two binders of two computer printouts catalog tens of thousands of individuals and companies the county pays for services as vendors, employees, jurors, ministries and consultants.

A Times survey of Lake County's contractual services over the past two years has located more than 150 consultants who can expect as much as $11 million in public pay per year.

It represents about 4 percent of the approximately $300 million that Lake County government spends annually on more than 30,000 employees and vendors.

Local officials hate the expense, but love the consultation.

"It's frustrating. My God, there would be so much money to save, and it would eliminate a lot of this bonding if we could do it all in-house," Lake County Commissioner Gerry Scheub, D-Crown Point, said.

Consultants, those who are in the profession of offering expert advice, make up only a small portion of the businesses and individuals providing the county with material and services. Unlike county government employees, consultants generally don't receive health care and pension benefits.

A Times survey of consulting awards since 2014 shows the county spending or planning to spend about $11 million per year.

That is in contrast to an earlier Times survey of consulting costs from 2000 to 2009. It found county government spent $16.9 million over the entire 10-year period.

The number of consultants and consultant service dollars has grown in recent years; they now cover federally mandated services to county jail inmates. The county pays physicians, nurses, psychiatric experts, computer managers and others a little more than $5 million a year to deal with their health care problems.

The cost of representing low-income criminal defendants was previously borne primarily by lawyers who were county employees.

Now the county brings in more lawyers working, not as employees, but as consultants who don't have to be covered by county government's health insurance program.

Scheub and his fellow commissioners do all the hiring, but Scheub laments, "It's a no-win situation for the commissioners who don't have control over the financing, which comes from the County Council. If we say no and something goes wrong, then it's the commissioners' fault for not approving the consultant."

"I tried to do away with Department of Justice consultant Ken Ray for the sheriff. I got push-back on that," Scheub said.

"I tried to get rid of an E-911 consultant out of Milwaukee and had no luck there. The assessor came in with another consultant. I struck out."

Lake Assessor Jerome Prince said he wanted XSoft of Noblesville, Ind., for advice on restructuring his office staff and providing computer-aided mass appraisal services for all the county's elected tax assessors during his first year in office. Scheub wanted to stay with the with the previous consultant, Manatron Inc.

Prince said, "I didn't have the technical knowledge. We brought in the heaviest gun we could."

Lake County Highway Superintendent Marcus Malczewski said his department doesn't have a large enough staff to design and build the scores of bridges his department is responsible for maintaining. "I can't build a small bridge for less than a half million.

"It's costly, because bridges are overdesigned in my opinion. Years ago, it was  simple. Now you have to have permits from every agency under the sun. It's not whether you want consultants; you've got to have them. The federal requirements are incredible — from right-of-way acquisitions to environmental studies," Malczewski said.

Consultants long have found a niche in local government budgets around the state, said Stephanie Yager, executive director of the Indiana Association of County Commissioners.

"Local elected officials, in most cases, haven't made a career of government and lack experience in areas they have to deal with," Yager said. And the state offers little guidance in areas where government has become more complicated, such as tax assessment — creating more work for professional advisers, she said.

Where the money goes

Another area that's been overtaken by consultants is Lake County Jail. The county pays, as noted, more than $5.1 million annually to manage and deliver medical, psychiatric and counseling services to 14,000 incarcerated in the jail. That is since a 2010 federal settlement agreement with the U.S. Department of Justice to settle claims of civil rights abuses.

Sheriff John Buncich said without their work, "We would have a federal monitor and that would be costing this county a ton more money. Next year, we will be out of federal oversight."

Legal advice accounts for another $1.3 million a year in county spending.

Most of the 64 attorneys are public defenders who annually represent thousands of indigent defendants facing charges ranging from shoplifting to murder cases who cannot afford private lawyers.

County officials said federal and state law mandates this service. State government pays 40 percent of salaries of those defenders working in the four rooms of Lake Superior Court, Criminal Division, which deal exclusively with the most serious criminal matters.

The other lawyers serve as legal advisers to elected county officials, who can become the target of lawsuits of people who claim they are damaged by government actions.

John P. Bushemi and the law firm of Burke, Costanza & Carberry will be paid up to $145,000 in 2016 to defend the Sheriff's Department against lawsuits filed over police and jail matters. Still other lawyers deal with disciplinary actions taken against county police or corrections officers.

Lake Sheriff Buncich said, "I get named in everything. (Inmates) file lawsuits because their burritos weren't hot enough. It creates a lot of legal work."

Elsewhere, the county employs five bill collectors to chase overdue real estate and personal property taxes owed county government. In past years, the county has paid millions in collection fees, but Lake County Auditor John Petalas said that cost now is charged exclusively to the delinquent taxpayers when they pay up.

Scheub said commissioners have attempted to replace the practice of giving each elected office its own attorney with a small team of full-time attorneys under the commissioners' control.

Lake County Commissioner Mike Repay, D-Hammond, said he would like to consolidate all legal and financial consultants into a single department, similar to the Legislative Services Agency, which supports state legislators.

Council President Ted Bilski, D-Hobart, said he is unfamiliar with any effort to pool county lawyers, but believes the sheriff has authority under state law to have a separate attorney. "I know when it comes to tax sales, the laws are specific for the treasurer and assessor and auditor retaining legal counsel," he said.

Lake Surveyor William Emerson Jr., whose office oversees public engineering projects, such as the maintenance of storm water ditches, said, "We do as much as we can in-house, but a licensed surveyor consultant for reviewing property plats is a lot more cost-effective than employing a full-time licensed surveyor.

Emerson said he has reduced consulting costs by $53,304 in less than two years and expects to save an additional $5,000 per year by paying consultants on an hourly basis, as opposed to the flat annual fees of the previous administration, but he cannot eliminate it.

"I'm a civil engineer by training, but I don't have a professional engineer license. State law requires an engineering project to be signed off by an engineer," he said.

Lake County Councilman Eldon Strong, R-Crown Point, agrees more scrutiny is needed. "I question the need for consultants all the time when I have the opportunity, but a lot of times we don't because it's already in the commissioners' budget," he said.

Strong said, "If they want a new consultant, they have to come to (the council). I routinely vote no on them, like when we hired one of the more recent consultants for 911. It was only $3,000, but it was still absurd. (Lake County E-911 Director) Brian Hitchcock was brought in as our expert. He should know the issues. That is a waste of money."

Strong said some consultants are justified, particularly lawyers hired as public defenders to assist with criminal courts caseload when the county's regular public defenders are tied up in death penalty cases.

He said he objects to consultants hidden in the budget behind fuzzy rubrics such as "maintenance and service contracts." "It's about transparency and not be spending money foolishly," Strong said.

Council President Ted Bilski said he and other elected officials eliminated jobs and benefits during the recent recession years, but the council is reluctant to dictate who other county officeholders can hire.

"The people elected those folks, whether it's the auditor or assessor, to be public stewards. We make sure they work within the financial means we have at the county level. Outside that, we defer the negotiation of contracts to the commissioners and the elected officials," Bilski said.

Commissioner Repay said the challenge is to hire the right number of consultants.

"For our work on the county drainage board, we have two engineering firms and two attorneys. You could say we have four people working on the same issues, and you should only have one, and that's bad.

"Or, you could say that if you leave this to just one individual, that individual may not be qualified in all the different aspects. You could argue more isn't better, but for a decision-maker like myself, I want to hear more rather than less to avoid being sued," Repay said.

* This story has been changed.

Ambassador of the Month is health unit coordinator

VALPARAISO — Local author Crystal Lynn O’Brien will kick off a tour promoting her new book, “Pretty, Raised Ugly," from 3 to 5 p.m. Saturday a…

Despite cuts made in recent years, Lake County government still has a long way to go in reforming its spending practices.

Treasures of the Past show begins Saturday

Sheriff fires back at council critics

CROWN POINT —The Lake County Council and sheriff are headed for a showdown at budget gap.

Gridlock over whose roads get paved in Lake County

CROWN POINT — Lake County officials have had a committed relationship with many of their consultants.

CROWN POINT | It's been back to school for Lake County government employees this fall.

The 1,894 pages in in two binders of two computer printouts catalog tens of thousands of individuals and companies the county pays for services as vendors, employees, jurors, ministries and consultants.