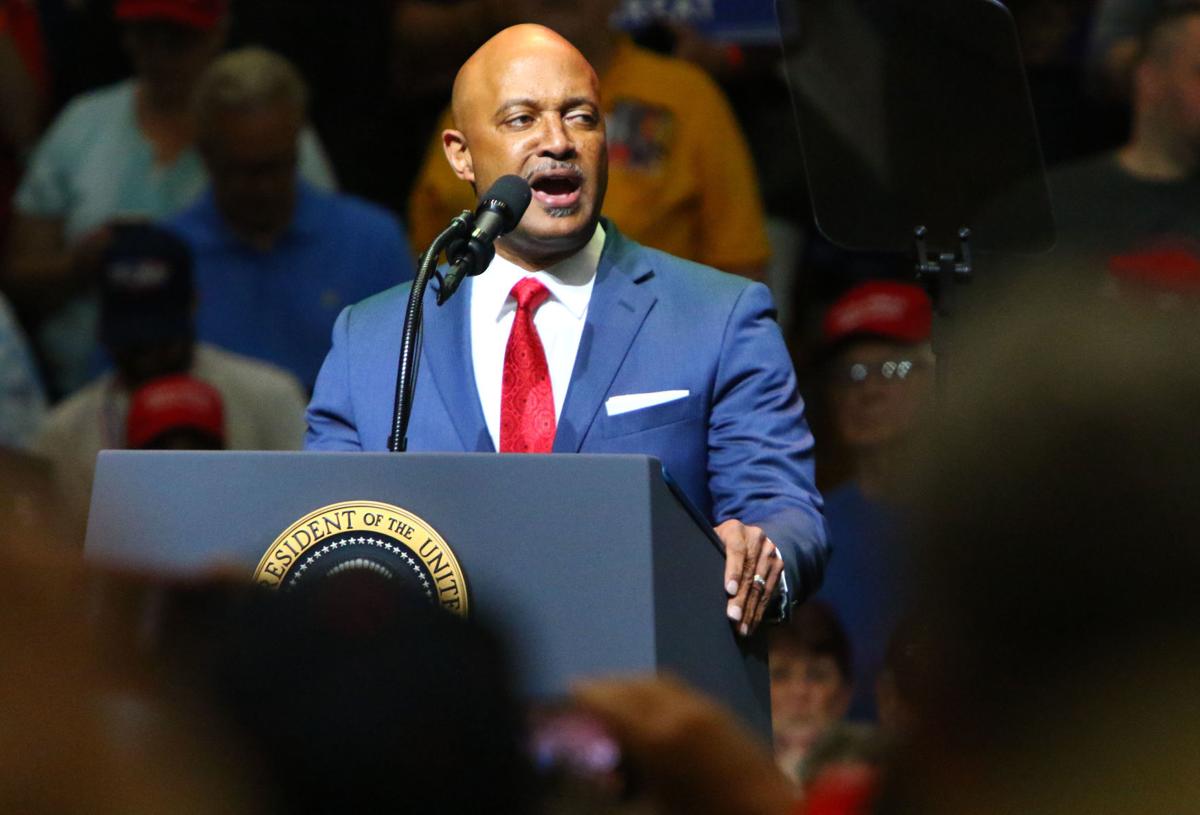 Indiana Attorney General Curtis Hill declared in early July that he will not resign his office amid allegations by a Northwest Indiana state legislator, a legislative staffer and two other women of sexual misconduct. 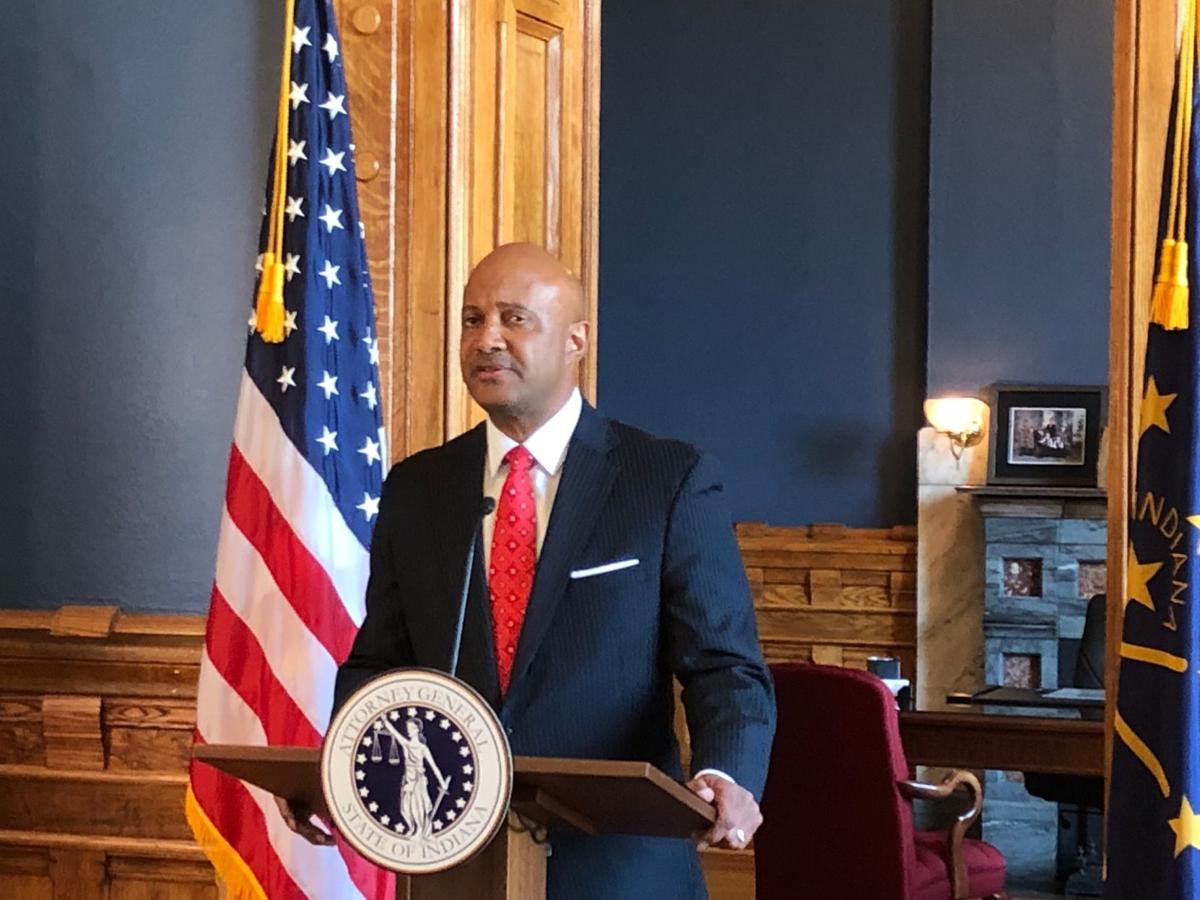 INDIANAPOLIS — Attorney General Curtis Hill Jr. is attempting to scuttle the investigation into his alleged sexual misconduct by requesting the removal of a special prosecutor and questioning the authority of Indiana's inspector general to build a case against him.

In court documents obtained exclusively by The Times, lawyers for the Republican attorney general contend there was no legitimate basis Tuesday for Marion Superior Judge Lisa Borges to appoint a special prosecutor, as there have been no criminal allegations involving Hill filed with law enforcement authorities.

Hill's attorneys, James Voyles and Jennifer Lukemeyer, of the Indianapolis firm Voyles Vaiana Lukemeyer Baldwin and Webb, ask on Hill's behalf that Borges recognize there's no immediate need for a special prosecutor and request that she take no further action in selecting a person for the role.

"(The) appointment of a special prosecutor is premature and/or anticipatory, and does nothing more than create the impression and fuel the speculation that there was a crime committed or should be a criminal investigation," they write.

Hill emphatically declared in his Statehouse office Monday that those allegations are false.

He's also been using his campaign funds to purchase online advertisements explicitly saying the four female legislative employees — of both political parties — should not be believed.

On a promoted social media post, Hill writes "The allegations against me are vicious and false. Don't believe them." The post links to his campaign website.

Curry requested and received approval for a special prosecutor because, by law, Hill is representing the Marion County prosecutor's office in two civil lawsuits challenging the legitimacy of Indiana's abortion and forfeiture statutes.

Curry spokeswoman Peg McLeish said the capital city prosecutor will file his response by July 25 to Hill's request to postpone the appointment of a special prosecutor.

Hill's attorneys also argue in the court filing that Indiana Inspector General Lori Torres does not have the authority to investigate Hill's behavior at A.J's Lounge, and in no case should her investigation be the basis for any criminal charges filed against Hill.

"To Mr. Curtis Hill's knowledge there have been no complaints alleging he has participated in any of the conduct outlined in Indiana Code 4-2-7-3 which would permit the Indiana inspector general the authority to investigate him," Hill's attorneys said.

In addition, they said "the recent allegations against Curtis Hill in the media," which they do not specify, are "outside the scope of the Indiana inspector general’s authority and jurisdiction."

"Sexual harassment is unacceptable at any time, in any place," Bosma and Long said. "It makes no difference that these incidents did not occur in a workplace environment."

On Friday, Holcomb reiterated that the inspector general is the proper entity to investigate Hill, even though Hill has said her investigation is predetermined because Torres was appointed by Holcomb and the governor wants him out of office.

"She will complete her due diligence and we'll look forward to her report and see what's next," Holcomb said.

Torres spokeswoman Stephanie McFarland said the inspector general's office is a law enforcement agency, with a track record over the past 13 years of investigating all kinds of criminal matters in state government and referring the evidence to prosecutors.

McFarland noted that while the inspector general is required to receive specific complaints under the law, she also is empowered, if she "has reasonable cause to believe that a crime has occurred," to conduct an investigation and share her findings with the governor and federal or state prosecutors.

At Curry's request, the Indianapolis Metropolitan Police Department's sex crimes unit has been made available to assist the inspector general in her investigation.

To date, neither Candelaria Reardon nor any of the three other women allegedly groped by Hill have filed a report with Indianapolis police.

Candelaria Reardon said Saturday that she actively is participating in the inspector general's investigation.

Under Indiana law, Hill automatically would lose his elected office if he's convicted of a felony — a process that could take a year or more if probable cause is found to sustain any allegations against him.

Hill repeatedly has said he will not resign his office because he has done nothing wrong.

He even suggested Thursday that the women accusing him are part of an organized attack intended to destroy his good name and reputation.

"The various stories appear to be coordinated and changed under the direction of others," Hill said.

At the same time, the Republican-controlled General Assembly is not required to wait for a criminal conviction to utilize either of the two methods available for prematurely ending an elected official's term in office.

The Indiana Constitution permits removal of state officers for "crime, incapacity or negligence."

Those terms are not defined in the Constitution. As a result, it largely would be up to the 100 state representatives and 50 state senators to assess if Hill's conduct meets the standard and warrants removal.

One way for lawmakers to decide would be through a House investigation of Hill's alleged misconduct and a vote on whether to impeach him for it. The Senate then would hold an impeachment trial to decide if Hill should be removed from office.

On Saturday, state Reps. Ed Delaney, D-Indianapolis; Ryan Dvorak, D-South Bend; and Matt Pierce, D-Bloomington, requested the House speaker begin the impeachment process by having the House Judiciary Committee conduct an independent investigation of the allegations against Hill. Bosma did not immediately respond to their request.

“When the leaders of your own party make it clear that a person should step down from office for being unfit, it would seem clear that there should be only one prudent course of action: take the hint and leave,” DeLaney said. “However, it is apparent that we do not live in ordinary times, so it is incumbent upon the legislative branch to pursue a course of action outlined in the Indiana Constitution. We do have responsibilities to protect the integrity of our state government on behalf of the people of Indiana.”

No state officeholder has been impeached since the current Constitution was adopted in 1851, and both the House investigation and Senate trial likely would take months to complete.

Alternatively, the Constitution allows officeholders to be removed through a joint resolution, or a simple vote by two-thirds of each chamber with no need for an extensive legislative investigation and trial.

That potentially could be completed in one day at minimal cost to Hoosier taxpayers, similar to the special legislative session held May 14 to approve five new laws that failed to advance prior to the General Assembly's March adjournment.

Holcomb has yet to say whether he would call the Legislature into special session to consider a joint resolution for removing Hill from office.

If Hill leaves office, by whatever means, before his term expires in January 2021, Holcomb would appoint a Republican replacement.

INDIANAPOLIS — Attorney General Curtis Hill Jr. is launching a second front in his battle to remain in office.

INDIANAPOLIS — The special prosecutor who convicted Indiana Secretary of State Charlie White of voter fraud and other felonies in 2012, which …

INDIANAPOLIS — Attorney General Curtis Hill Jr., who is under investigation for allegedly groping a Munster lawmaker and three General Assembl…

My name is Mara Candelaria Reardon.

Indiana Attorney General Curtis Hill declared in early July that he will not resign his office amid allegations by a Northwest Indiana state legislator, a legislative staffer and two other women of sexual misconduct.