Population shifts, not politics, was the primary factor used in devising the proposed new boundaries of Indiana's 9 congressional districts and the 100 Indiana House districts, according to one of the lawmakers who drew the maps.

State Rep. Greg Steuerwald, R-Avon, sponsor of the House Bill 1581 redistricting plan, told the House Elections Committee Wednesday that nearly all the changes made to the current legislative districts were done to account for local communities gaining or losing inhabitants over the past 10 years.

Overall, Indiana's 2020 population of 6,785,528 is a 4.7% increase compared to the 2010 U.S. Census. Steuerwald noted, however, nearly three-fourths of the state's growth was concentrated in suburban Indianapolis, while 49 of Indiana's 92 counties lost population in the last decade.

He said that necessitated shifting lines to create new congressional districts with nearly exactly 752,958 people each, and Indiana House districts with populations within 1% of 67,855 residents.

"We were either chasing population or dragging it," Steuerwald said. "But you can only drag population so far, and that's why you'll notice a lot of new districts in areas with growing populations." 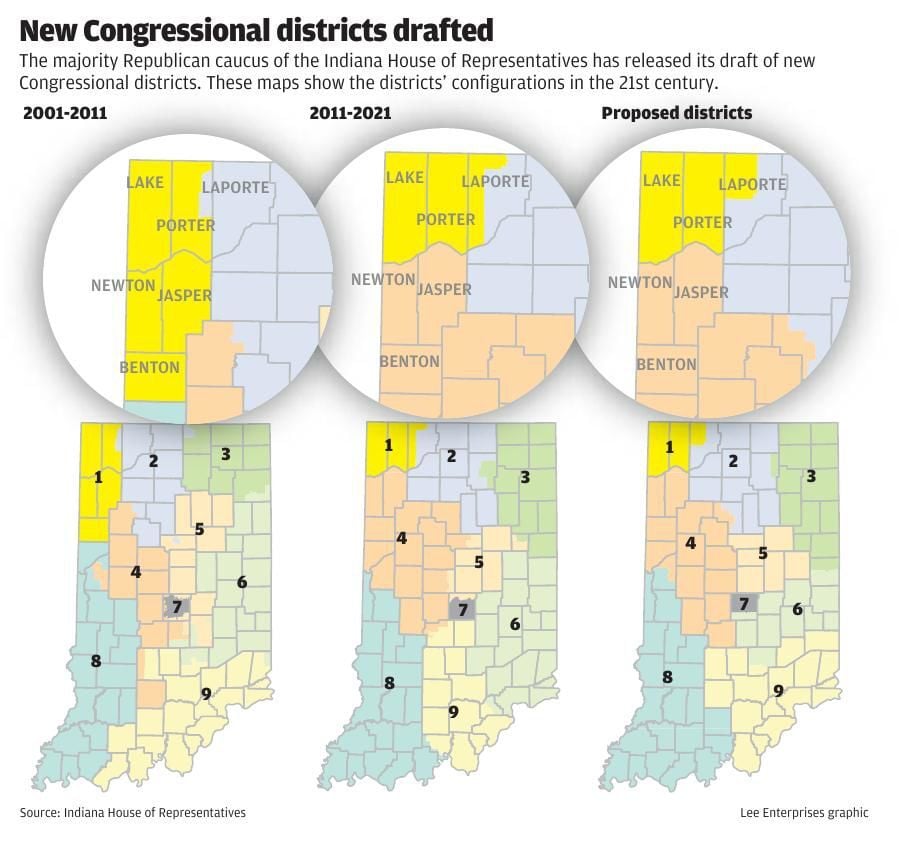 That's reflected in the proposed maps for Northwest Indiana where the population-stable 1st Congressional District of U.S. Rep. Frank J. Mrvan, D-Highland, is relatively unchanged except for a few townships in LaPorte County. It still contains all of Lake and Porter counties.

At the same time, the Region's Indiana House districts, particularly in Lake County, generally have shifted south to account for population growth in places like St. John, Cedar Lake, Crown Point and Winfield relative to population losses in Hammond and Gary.

"What an interesting process this has been, and much more complicated than I ever thought it would be," Steuerwald said.

He said the maps primarily were drawn by himself, House Speaker Todd Huston, R-Fishers, and state Rep. Tim Wesco, R-Osceola, chairman of the House Elections Committee, with technical assistance from the nonpartisan Legislative Services Agency.

Steuerwald admitted the mapmakers also consulted with the House Republican Campaign Committee prior to finalizing the proposed maps. 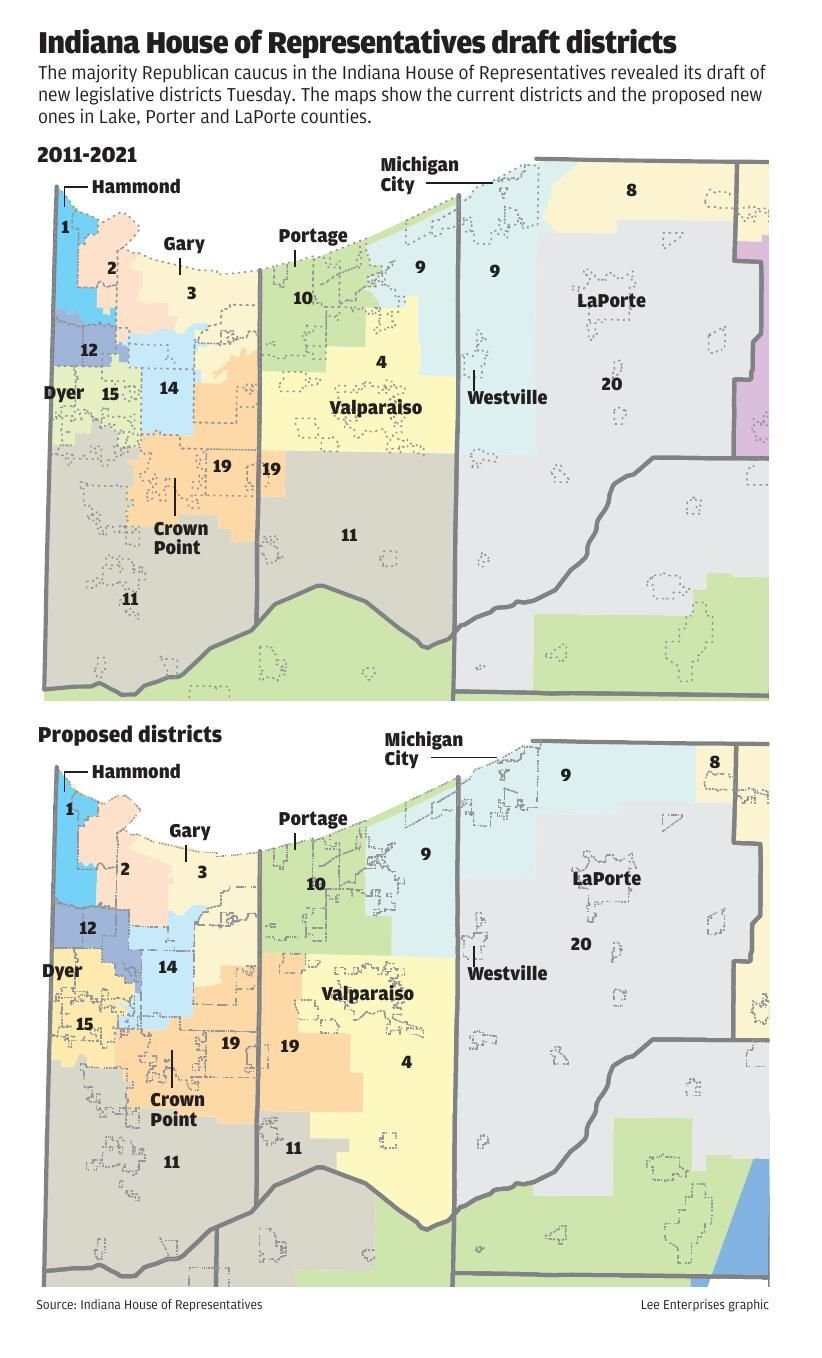 But he insisted any adjustments based on electoral considerations were minor, since he said moving even a single precinct into a different district has a ripple effect across all the districts in the state due to the need to maintain an equal population in each district.

Republicans currently control 7 of the 9 Indiana congressional districts and 71 of the 100 seats in the Indiana House.

State Rep. Matt Pierce, D-Bloomington, said it appears from his preliminary analysis the maps are designed to maintain Republican control of Indiana government for the next 10 years.

In response, Steuerwald pointed out 255 of the 273 Indiana county commissioners identify as Republican, so there's not really any way to draw new maps without advantaging Republicans since there simply are more Republican voters in the state at this time.

Pierce also questioned the "opaque" process used to craft the new maps, the limited time for public review prior to expected chamber approval next week, and the potential role of outside GOP consultants in shaping the maps for partisan advantage.

Similar complaints were echoed by 11 Hoosiers who testified to the committee. Most said they didn't have enough time in the 24 hours between Tuesday's map release and the hearing to meaningfully assess the impact of the maps.

A second Elections Committee hearing on the maps is scheduled for 9 a.m. Region time Thursday at the Statehouse. The hearing can be viewed online at the General Assembly's website: iga.in.gov.

The proposed redistricting map for the 50 Indiana Senate districts, of which Republicans currently control 39, is expected to be released Tuesday.