Tyler Jr. upsets Higgs as other Hammond council incumbents hang on in Democratic primary
Share this
Return to homepage × 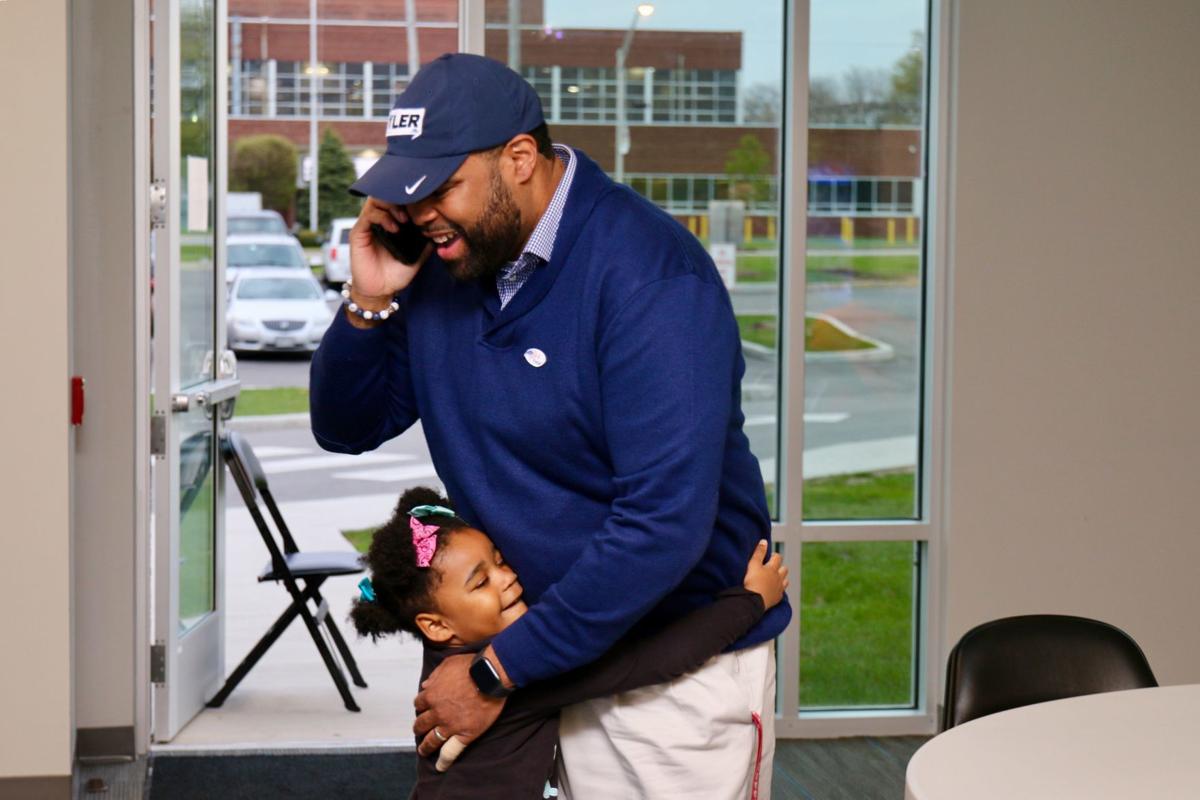 Barry Tyler Jr. gets a victory hug from his niece Elise, 4, of Hammond, after hearing positive election returns in his favor about 7 p.m. Tuesday. 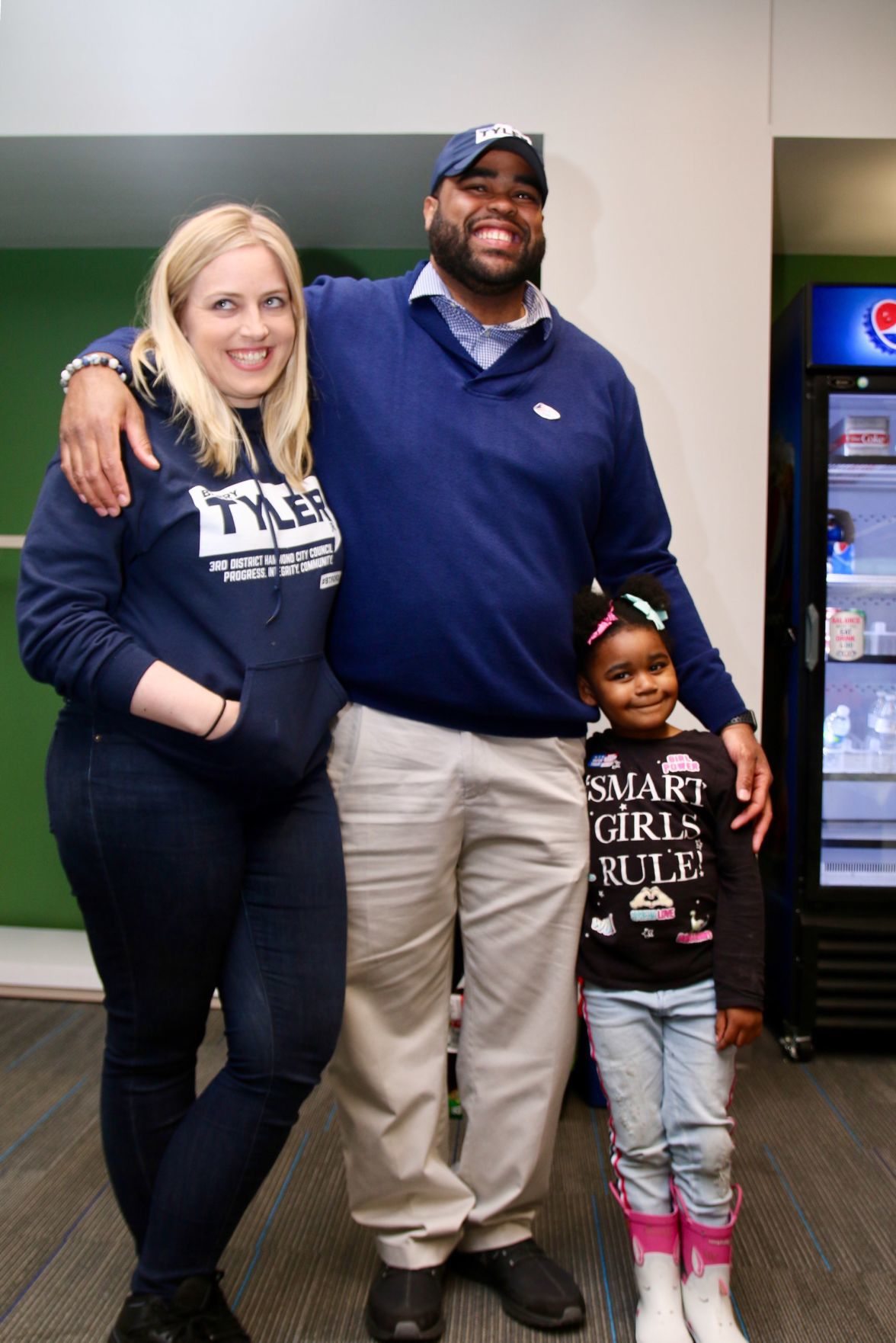 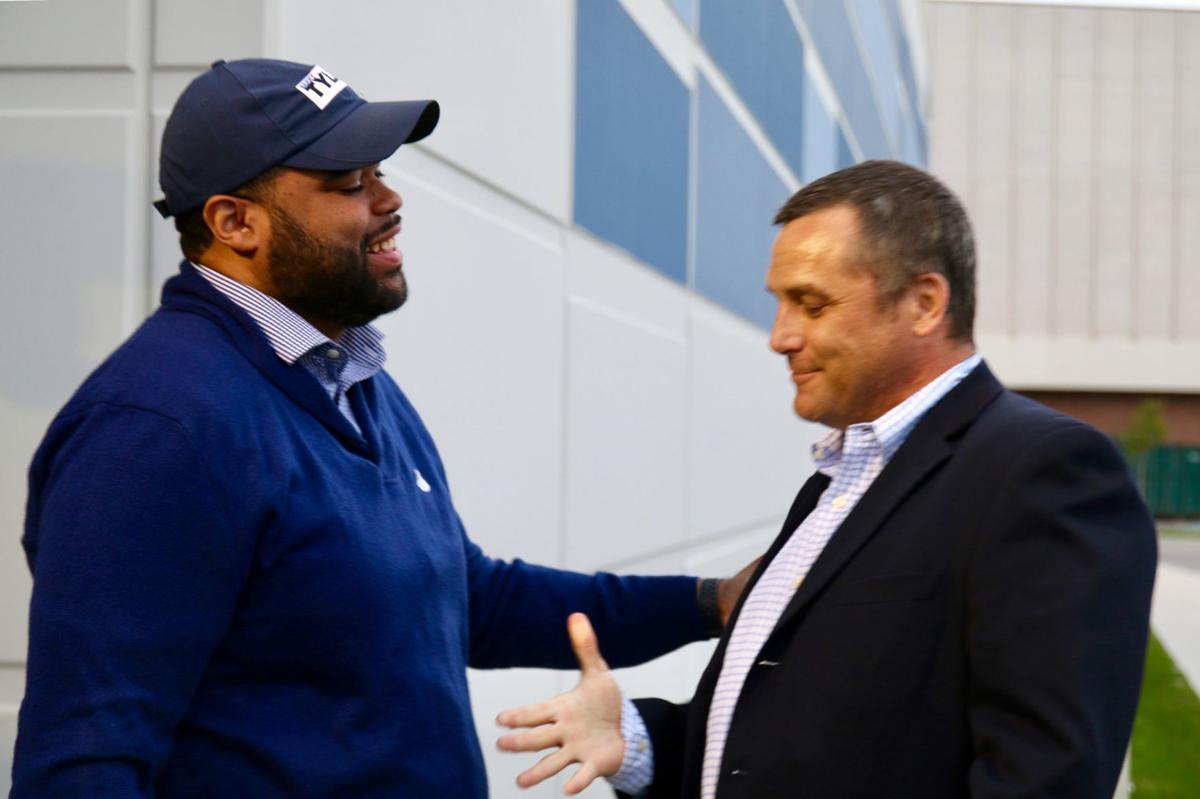 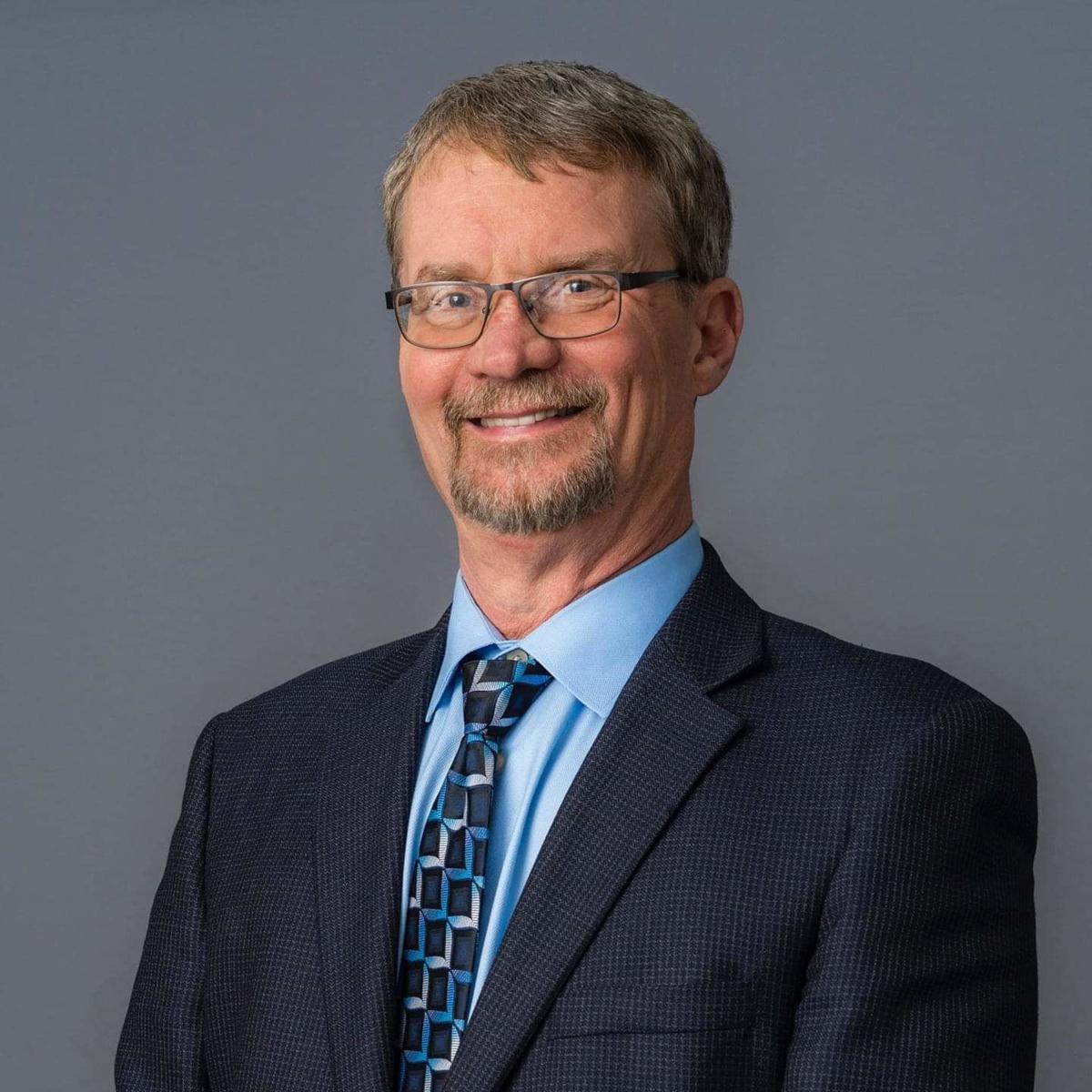 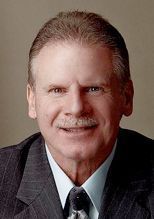 The upset of the night came in District 3, where challenger Barry Tyler Jr. easily defeated Higgs, who has represented the district since 2003.

Tyler took in roughly 57% of the vote, compared to about 37% percent for Higgs. A third candidate, Garrick Alexander, won about 6% despite having dropped out of the race in April.

Higgs came into the primary with a decided advantage in name recognition, having won four consecutive terms on the council. But allegations of aggressive and erratic behavior left him facing electoral uncertainty in the run-up to election day.

Tyler, a Hammond native who coaches football at Hammond High School, attributed his upset win to a positive campaign that went “face to face in every single neighborhood.”

“People tried to make it a ‘me against Higgs’ thing, but it was really about the needs of the people,” Tyler said. “I’m proud we ran an honest, clean campaign since I announced. That’s what we set out to do.”

Tyler will move on to face Republican candidate Jeffrey MacDonald in the general election. MacDonald ran unopposed in the Republican primary.

In District 6, incumbent Councilman Scott Rakos cruised to an easy victory over challenger Linda Verduzco, winning about 60% of the vote. The result was a repeat of the 2015 Democratic primary, when Rakos, a retired Hammond firefighter, beat Verduzco in his first attempt to win a council seat.

Rakos said “serious competition” from Verduzco forced him to campaign with a sense of urgency.

“A majority of the voters did in fact know how involved I was in the community,” he said. “I think they recognized that.”

There was no candidate for District 6 in the Republican primary.

In the race for Hammond's three at-large seats, two Democratic incumbents — Daniel Spitale and Janet Venecz — and a challenger, Katrina Alexander, were the top vote recipients. Spitale and Venecz each won about a quarter of the vote, while Alexander took home 21.6%

That was barely enough to squeak past eight-term incumbent Markovich, who won 21.5 percent. It was a margin of just four votes, according to the Lake County election report's preliminary numbers.

Alexander had far less name recognition and political experience than the incumbents, who have about a half-century of council tenure among them.

“(Alexander) was a formidable candidate,” Venecz, a two-term council member, told The Times. “I’m just honored to be in the top three and that I get a chance to serve the citizens of Hammond again.”

A fifth candidate, Elide Sanchez, managed about 8% of the vote. Like Alexander, the 25-year-old Sanchez was a political newcomer who appealed to youth issues in an effort to distinguish herself from the incumbents.

All three at-large incumbents ran on bread-and-butter concerns such as public safety funding and economic development. While those issues factored into the challengers’ platforms, as well, the sitting council members had the benefit of existing voter bases formed over years of service.

“I don’t think I ran any differently than anyone else did,” Venecz said. “It’s just that I worked all year long.

“I’m out there (in the community) all the time,” she added.

Hammond Republican Party Chairman Charlie Kallas was the lone GOP candidate in the at-large contest. He will face the three Democratic winners in the November general election.

There were no Republicans running in any of those districts.

It came down to just four votes.

HAMMOND — At-Large Councilman Bob Markovich says he is considering seeking a recount in his bid to secure a ninth-consecutive term.

The defeat of two longtime Hammond Common Council members in the Democratic primary points to a new era in city politics, with the council poi…

HAMMOND — A Hammond councilman has been granted a temporary restraining order on ballots to launch a recount after his loss in the primary election.

The Democratic primary race for Hammond’s three at-large council seats is a classic contest of age and experience versus youth and idealism.

Barry Tyler Jr. gets a victory hug from his niece Elise, 4, of Hammond, after hearing positive election returns in his favor about 7 p.m. Tuesday.