Valparaiso bus services back June 1; free with precautions
Share this
1 of 2 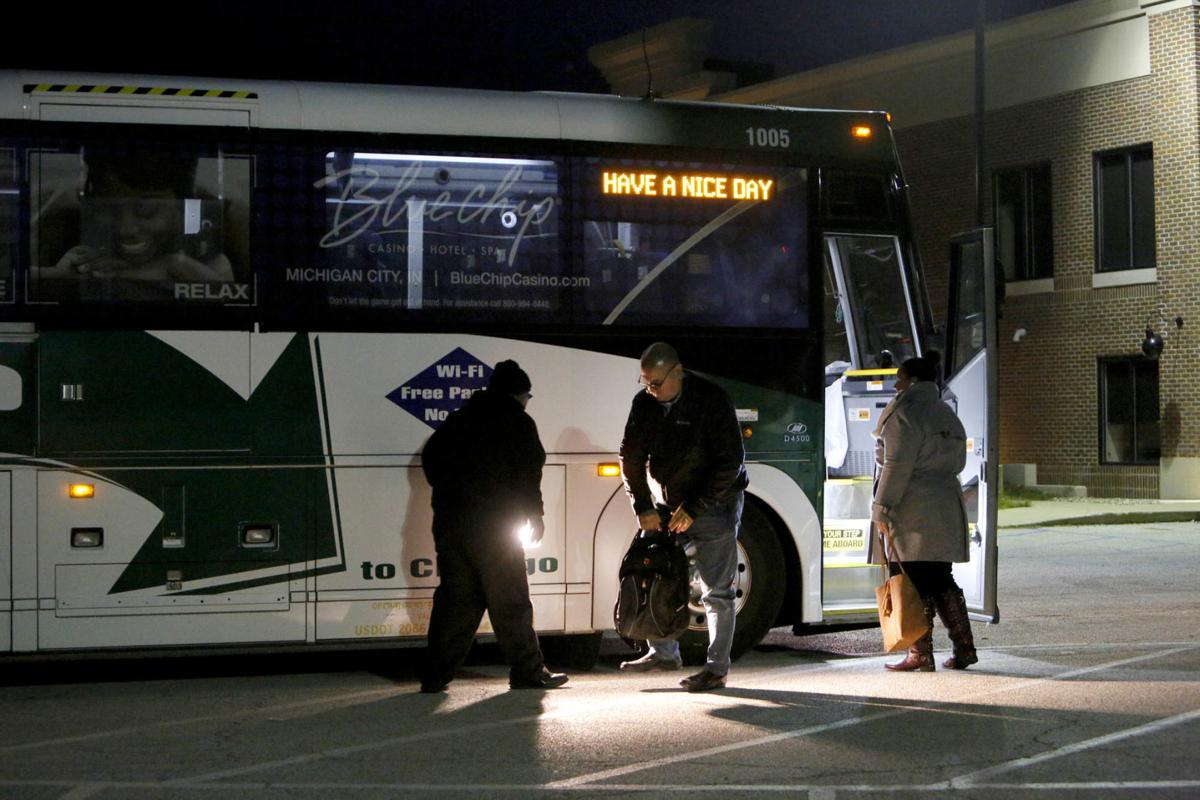 The ChicaGo Dash bus provides an alternative for commuting to Chicago. 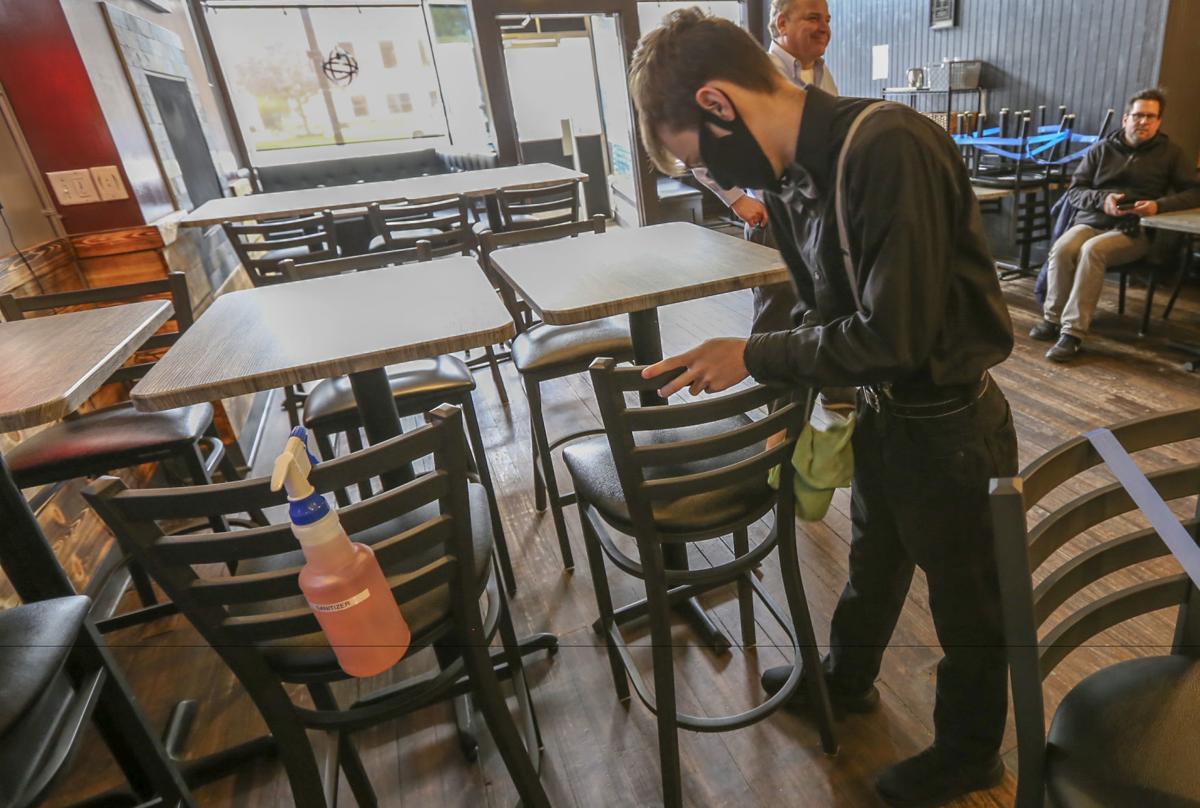 Hunter Trinosky, a busboy as Radius in Valparaiso, cleans and sanitizes tables and chairs last week.

VALPARAISO —  City bus service to Chicago and the local South Shore trains is scheduled to be up and running again June 1, more than two months after being shut down by the COVID-19 pandemic, Mayor Matt Murphy announced Monday morning.

The services, which will be free of charge through the end of June, are being phased back in slowly with changes that will allow riders to keep the social distancing called for to help curb the spread of the coronavirus, said Beth Shrader, director of planning and transit for the city of Valparaiso.

"We know that ridership will be low," she said.

The return of the bus service is part of a wider effort by the city and state to reawaken the economy that has been largely shut down the last couple of months by health concerns and a stay-at-home order from Gov. Eric Holcomb.

The ChicaGo Dash, which is an express bus service from Valparaiso to downtown Chicago, will start up with two buses, which is less than half the number that were running each day before pandemic hit, Shrader said.

Ridership on each bus will be cut by half to 25 to allow commuters to keep a safe distance from one another, said Valparaiso Transit Manager Don Lorntzen.

The drivers will be wearing protective face masks and riders are encouraged to do the same, he said.

"We will offer masks to passengers who don't have them," Lorntzen said.

The buses will be disinfected each night in a further effort to keep passengers safe, he said.

The South Shore Connect express bus service from Valparaiso to the Dune Park South Shore train station near Chesterton will also be brought back on line June 1 with similar precautions, Shrader said. The service will provide an alternative for hardships caused by the reduced Dash service.

"It will be timed with the train schedule," she said.

Valparaiso's V-Line service, which runs primarily within the city, has continued to operate throughout the pandemic and free of charge, Shrader said. The buses will remain free through the end of June.

The news about the bus lines comes a week after some restaurants and other businesses began reopening in the city.

"I felt safe during my entire stay," he said of his meal.

Elephant breaks into kitchen wall looking for snacks in Thailand

Elephant breaks into kitchen wall looking for snacks in Thailand

8 children in van killed in crash in Alabama

8 children in van killed in crash in Alabama

Gary detectives are asking for the public's help in identifying the shooter who killed a 12-year-old boy in the city over the weekend.

The group entered the store around 6 p.m. and left the store without paying for the merchandise, police said.

Indiana to use nearly $1M federal grant to deliver Narcan

Access to naloxone remains limited in some communities, officials said.

Valpo Parks going ahead with adult, youth sports leagues; precautions in the works

"We're working on specifics at this point as far as game play," said Dan Lukes, adult recreation director for the Valparaiso Parks and Recreation Department.

The city's ChicaGO Dash express commuter bus service to downtown Chicago will resume hauling passengers Monday for the first time since the route was shut down because of the coronavirus.

The city has extended free rides aboard the ChicaGO Dash express bus to Chicago and the South Shore Connect service to and from the Dune Park Station through the end of the year.

The ChicaGo Dash bus provides an alternative for commuting to Chicago.

Hunter Trinosky, a busboy as Radius in Valparaiso, cleans and sanitizes tables and chairs last week.