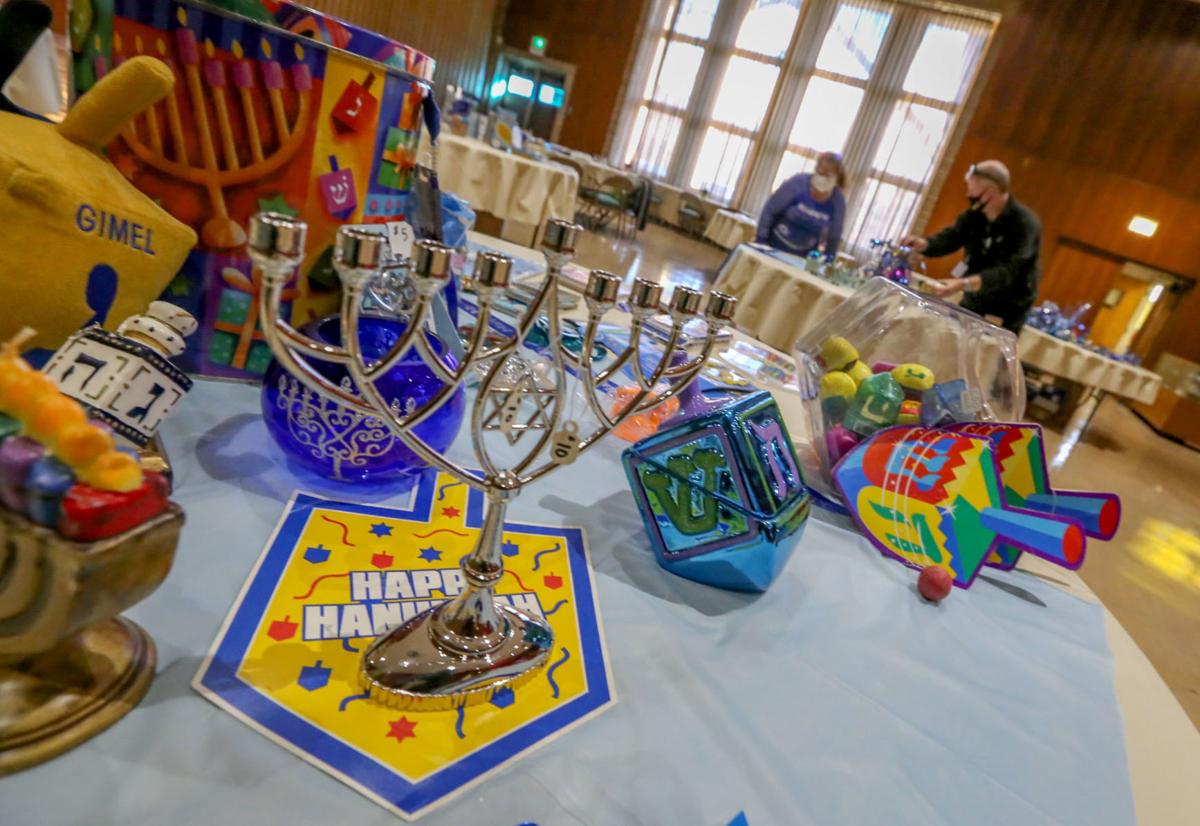 Temple Israel Sisterhood's Pop-Up Hanukkah Shop at Temple Israel in Gary sells new and gently used Hanukkah gifts and supplies and other items for the holiday. 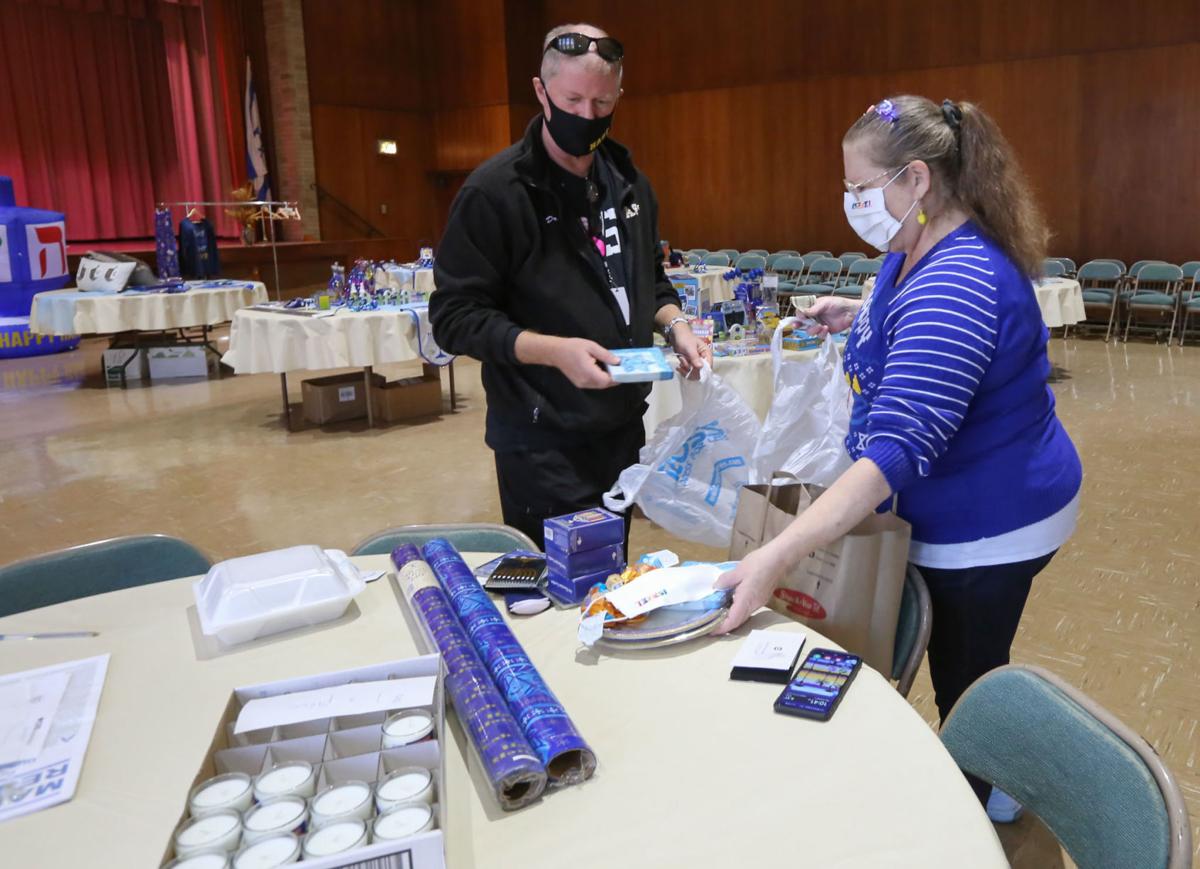 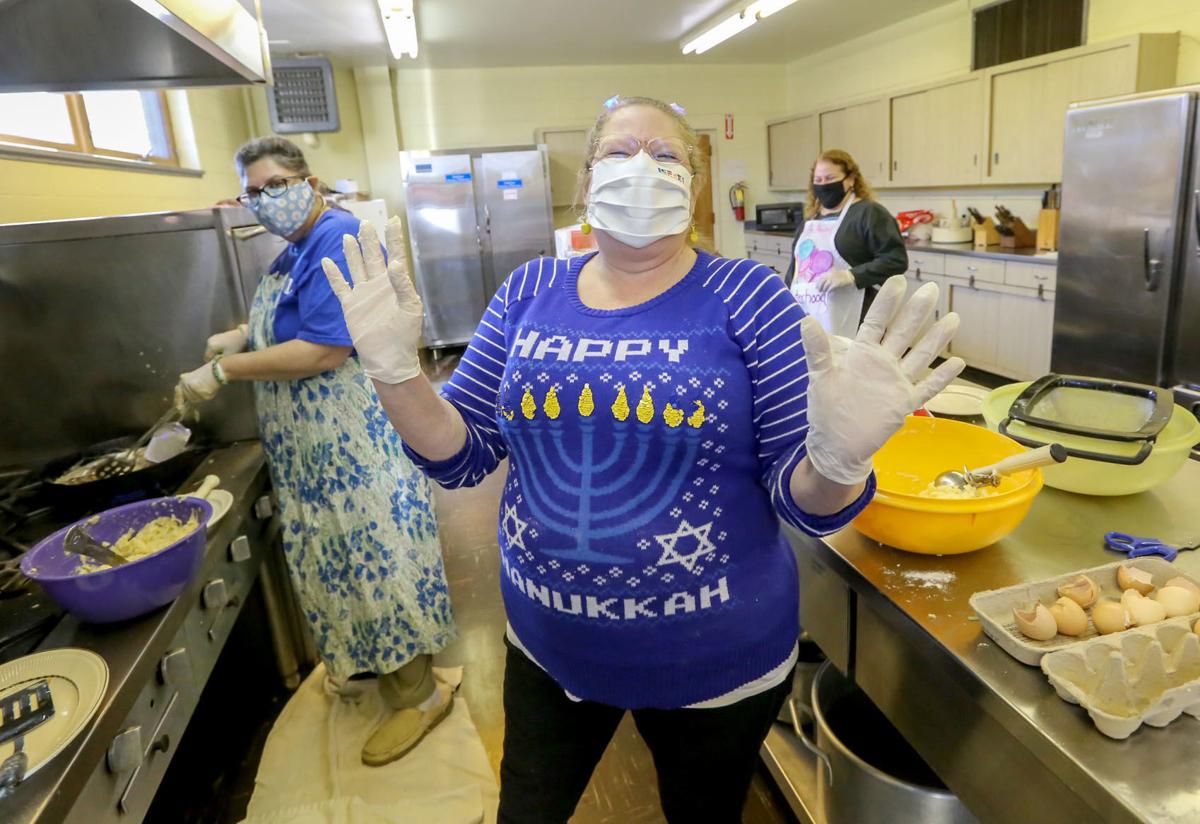 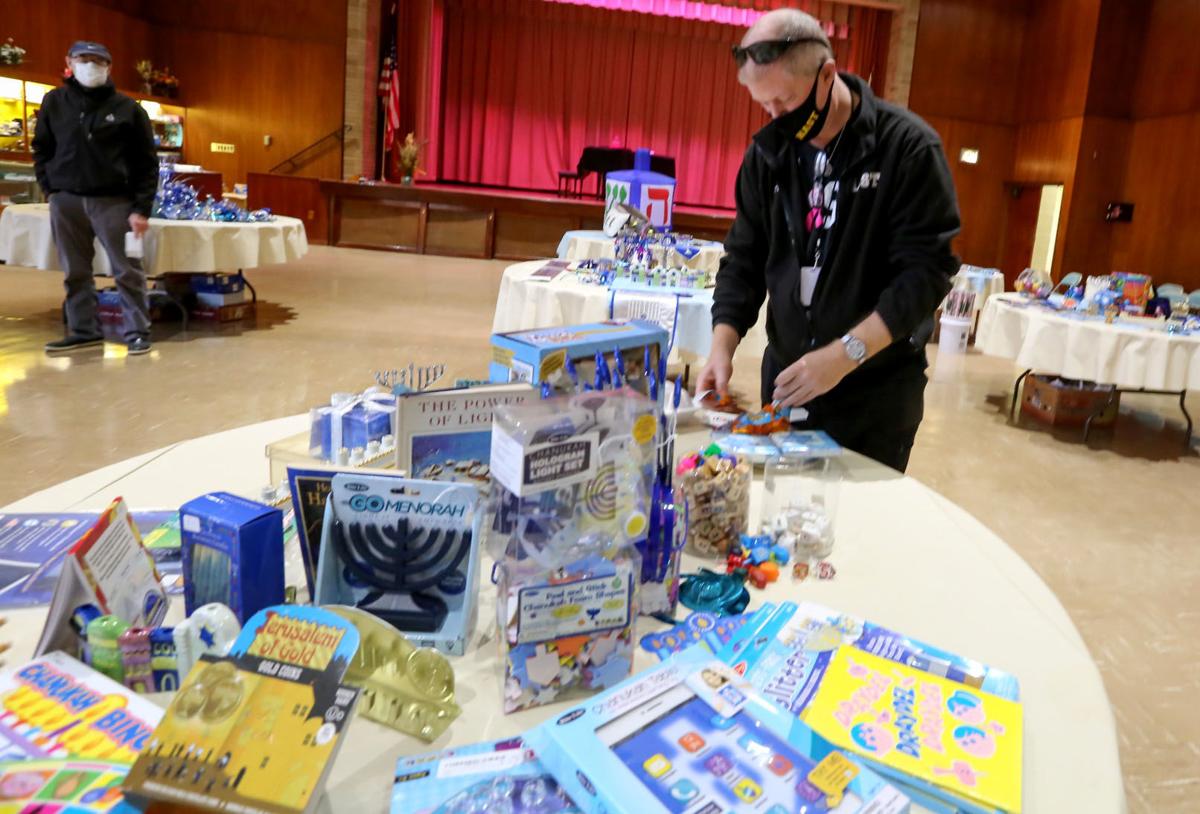 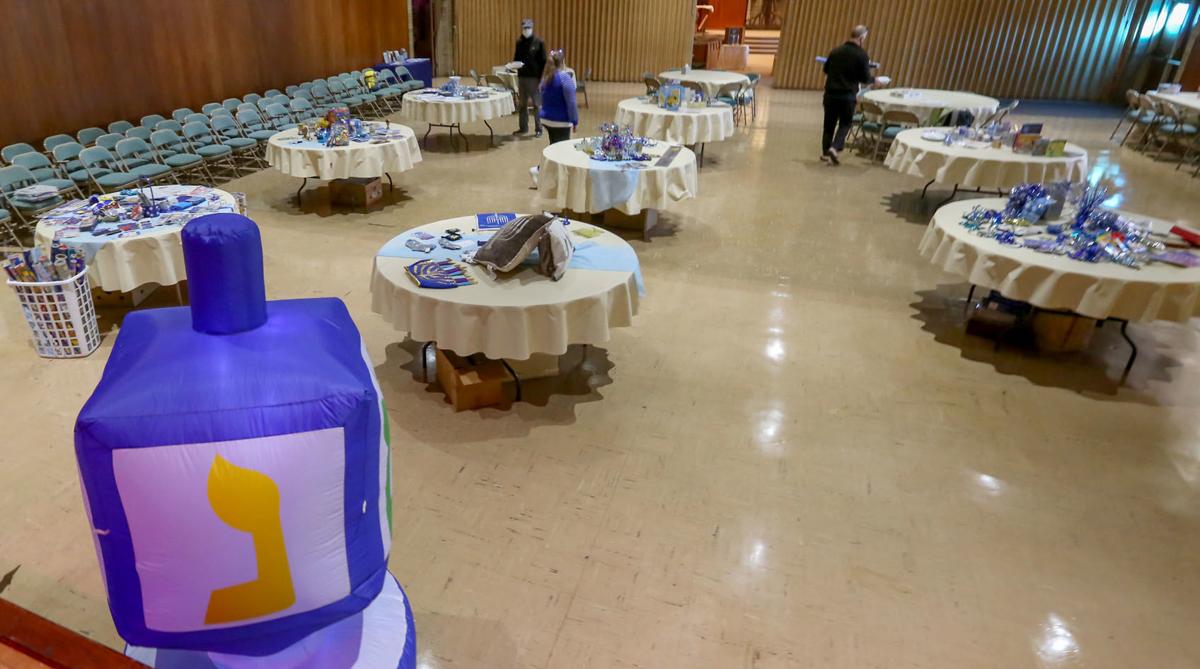 The pandemic has changed — but in no way diminished — the significance of Hanukkah as area Jews celebrate the festival of lights.

The lighting of the hanukkiah, or menorah, which has nine candles, by Jewish families throughout the area via Zoom sessions will begin Thursday night, Temple Israel–Miller Beach Congregation President Mark Sperling said.

Virtual, rather than in-person Hanukkah celebrations, are the norm this year at other area temples, including Congregation Beth Israel in Munster and Sinai Temple in Michigan City.

Sperling said the Zoom sessions — which the entire congregation can view, will feature one designated person lighting candles each night of Hanukkah. A different family will symbolically light the candle or candles each night.

"Thursday night is the first night of Hanukkah, then we celebrate for seven nights and eight days," Sperling said.

The festival of Hanukkah takes place this year Dec. 10-18, and celebrates the struggle of the Jewish people for national and religious freedom 22 centuries ago, said Rabbi Mordechai Levin of Congregation Beth Israel in Munster.

"At that time, the land of Israel was occupied by the Syrian-Greeks. Aiming to establish political and religious conformity, they tried to force everyone under their rule to accept Greek culture, which included requiring them to worship Greek deities," Levin said.

"Our ancestors rebelled against the Syrian-Greeks, liberated the land of Israel, recovered Jewish independence in the land, and rededicated the Jewish Temple in Jerusalem (the capital city of Israel), that had been defiled," he said.

The central observance of Hanukkah is the lighting of the menorah.

"With the addition of one candle each night, these lights grow in strength during the eight days of the holiday. According to legend, when our ancestors rededicated the Temple, they found one cruse of oil containing enough oil for only one day of light; and yet, a miracle occurred and it lasted for eight days," Levin said.

"Hanukkah is a holiday of religious and national freedom, a celebration of Jewish independence in the land of Israel and Jerusalem, and a time to thank God for the miracles in our lives. It is a commemoration of the human capacity for courage and hopefulness," he added.

Adina Sutlin, office administrator at Sinai Temple in Michigan City, said the temple in that city has been holding remote services since the beginning of the pandemic.

"Our last service in-person was in the middle of March," Sutlin said.

The celebration of Hanukkah will also be seen through virtual sessions by the congregation.

"Each night it will be hosted by a different family," Sutlin said.

In addition to lighting the special candles, host families can also include special music, tell a story or bring up a charity project.

"The session only lasts 15-20 minutes. Nothing big, but it lets people be together, apart," Sutlin said.

Sutlin, who grew up in Israel, said she loves Hanukkah not just for its religious significance but for its historical significance.

"It really is an historical event," Sutlin said. "It is the holiday of bringing light into darkness."

"All the Hanukkah foods are high in calories," Sutlin joked.

Sperling, who grew up in the Detroit area, recalled Hanukkah as a "very family-oriented holiday."

Sperling, interim dean of the school of education at Indiana University Northwest, said he remembers his parents and brothers and sisters lighting the candles, then enjoying a meal together.

Those memories also include gifts from his parents placed on the downstairs poker table.

"The tradition is that you give a gift every night instead of all at once — so you end up with a lot of gifts," Sperling said.

This year Sperling, his wife and one son living at home will continue the Hanukkah traditions started by his parents by lighting candles Thursday night during their own Zoom session with three other adult children living in California, Texas and New Hampshire.

"It's a time to come together for all of us," Sperling said.

Bruce Michael Abrahamson, 66, has not yet entered a plea to felony charges of rape, neglect of a dependent and practicing medicine without a license.

Man admits to 2 rapes when he was 15 years old; murder trial remains set for fall

Omarion Wilbourn, who was just 15 years old when the rapes occurred, will be required to register as a sex offender and must serve at least 75% of his sentence, court records state.

Police arrested the 49-year-old man in his home in Robin's Nest Subdivision in Cedar Lake.

Man killed in pursuit was on probation for previous police chase

Jason A. Mitchell, 35, had not reported to probation officials since February and had not enrolled in a substance abuse treatment program as ordered, according to court records.

Anyone with information on the burglary or suspect is asked to call the Report A Crime Tip Hotline at 800-750-2746.

The fire started as the children were attempting to make breakfast for themselves, because their mother left them alone for 15 hours while she drank alcohol and spent the night with a maintenance man.

Temple Israel Sisterhood's Pop-Up Hanukkah Shop at Temple Israel in Gary sells new and gently used Hanukkah gifts and supplies and other items for the holiday.