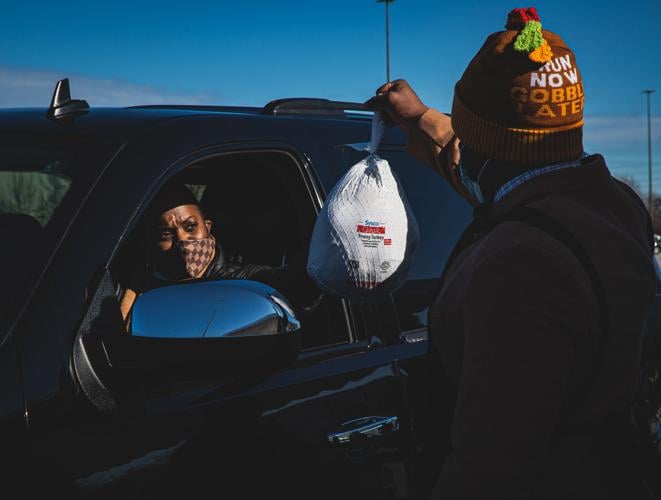 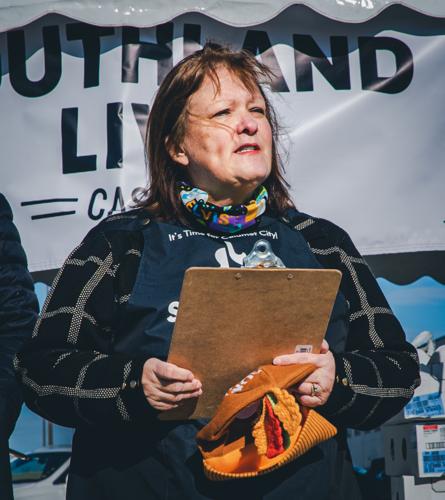 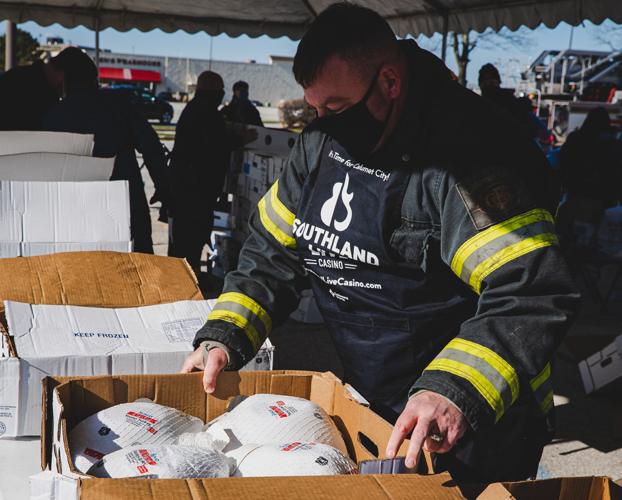 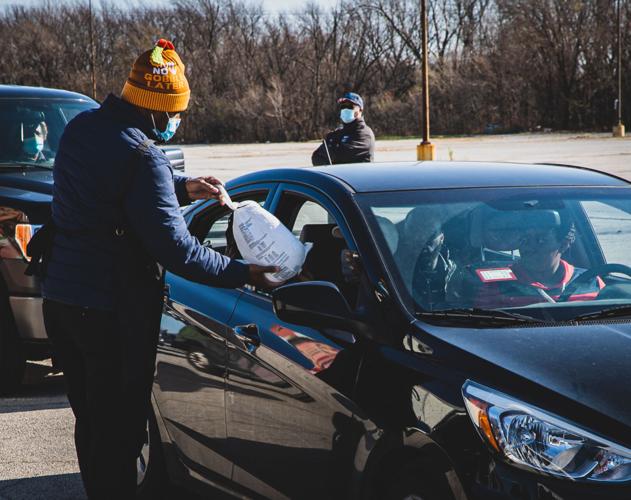 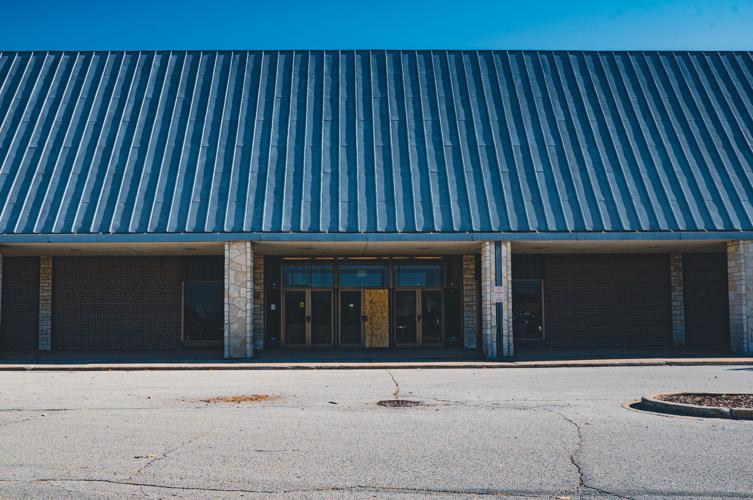 Within 90 days of being granted a license, River Oaks Center's vacant Carson's storefront would be transformed into Southland Live Casino. 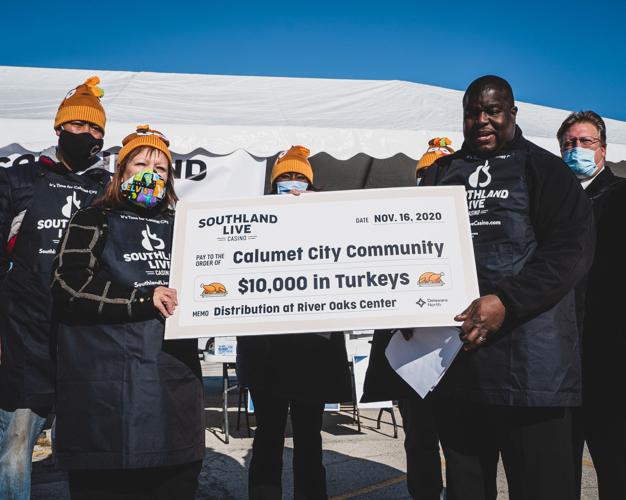 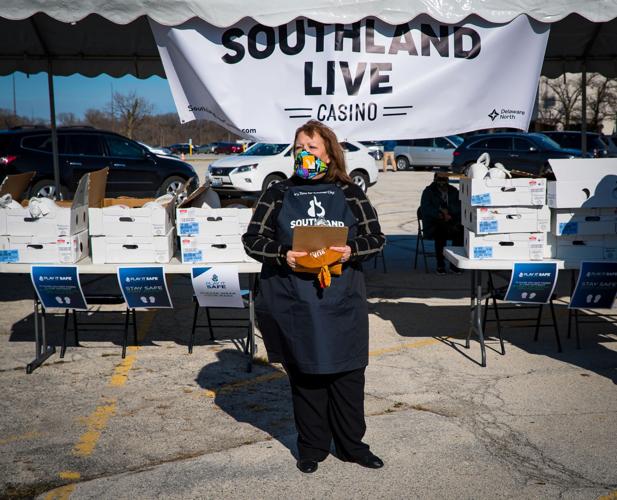 CALUMET CITY — Margaret Graniczny's shopping list for Thanksgiving dinner will not include the main course.

The Calumet City resident made sure of that by being the first in line for Monday's turkey giveaway at River Oaks Center, sponsored by casino operator Delaware North.

After a wait of two-and-a-half hours, Graniczny picked up her free turkey, a gesture she greatly appreciated in these uncertain times.

"There's a lot of people out here that need it," she said. "With this COVID going on, it's tough."

Osi Imomoh, regional general manager for Delaware North's gaming division, said that reality prompted the company to stage the drive-thru event, which distributed $10,000 worth of turkeys in the southwest corner of the River Oaks parking lot.

Delaware North is one of four companies vying for the south suburban casino license that could be be awarded by the Illinois Gaming Commission sometime next year.

Last month, the board deferred action on the permit for at least six months. But Imomoh said Delaware North doesn't plan to sit idly by waiting on the state's decision.

"When we became a partner in this project, one of the things we talked about was becoming a part of this community," Imomoh said. "Even though this project hasn't been green-lighted yet, we still want to live up to that commitment ... 2020 has been such a hard year for everybody and we thought this was our little way of saying thank you (to Calumet City) for embracing us."

Monday's event was in the shadow of what could be the temporary and permanent sites for the Calumet City casino, if the state approves Delaware North's bid. Imomoh said the plan would be to open a temporary facility in the former Carson's store in the mall within 90 days of the license approval. The permanent casino would then go up in the mall's south parking lot near Macy's, with construction taking between 12 and 18 months.

Imomoh pointed to several reasons he's hopeful Delaware North's bid will be successful. It's the only bidder currently licensed in Illinois, as the owner of Jumer's Casino & Hotel in Rock Island, and has other business operations in the state, including running concessions operations at Guaranteed Rate Field.

Calumet City's location, just off I-94 and close to the state line, made it a perfect fit for Delaware North's bid, according to Imomoh.

"This was where we wanted to come to," he said. "From proximity to major highways to being able to revitalize an existing structure, it just made sense."

Calumet City Mayor Michelle Markiewicz Qualkinbush believes the casino could be a game-changer not just for the city but for the entire south suburbs.

"It's almost mind-boggling what this will do," she said. "It will change the future of Calumet City and this region."

Across the Midwest, the whiplash of closing, opening and facing more restrictions and more possible closings is taking its toll on scores of businesses that have managed to survive this year.

Calumet City Mayor Michelle Markiewicz Qualkinbush last week made official her decision to run for a fifth full term when she filed nominating petitions with the Cook County clerk's office.

Protesters detained by police in central Moscow at anti-mobilization rally

Protesters detained by police in central Moscow at anti-mobilization rally

Within 90 days of being granted a license, River Oaks Center's vacant Carson's storefront would be transformed into Southland Live Casino.