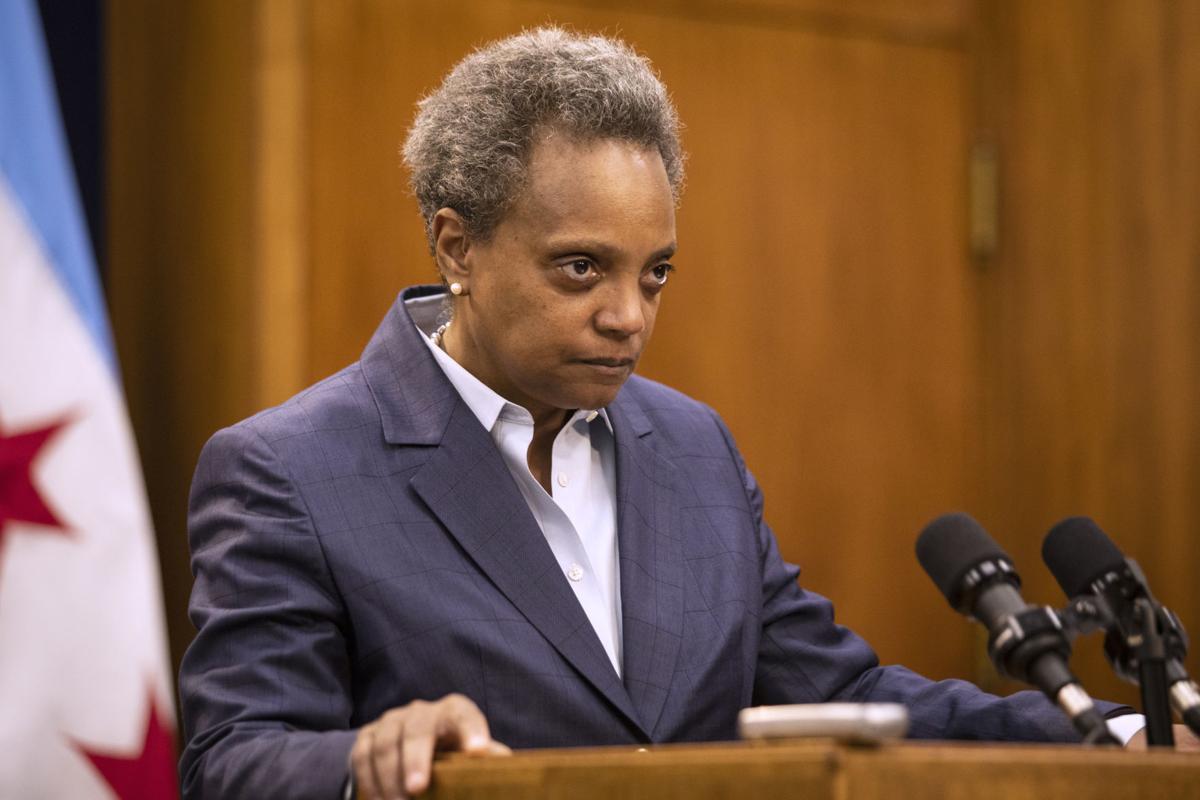 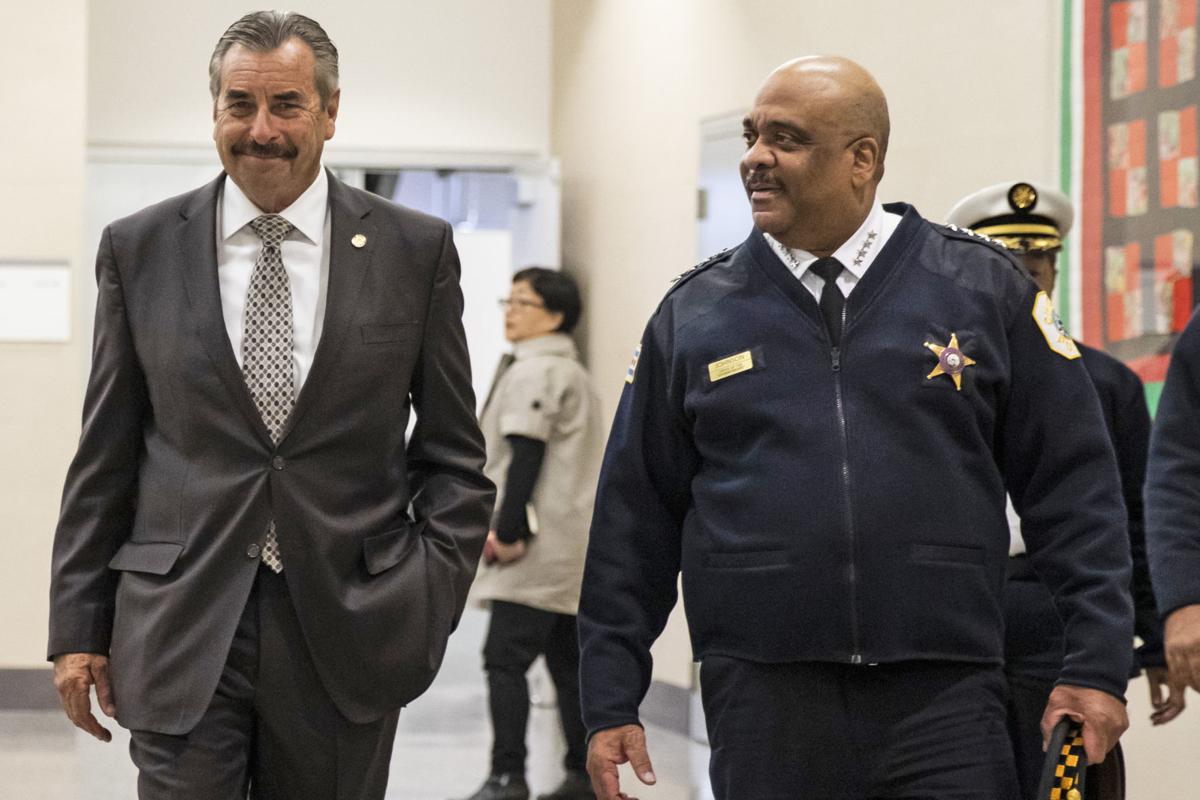 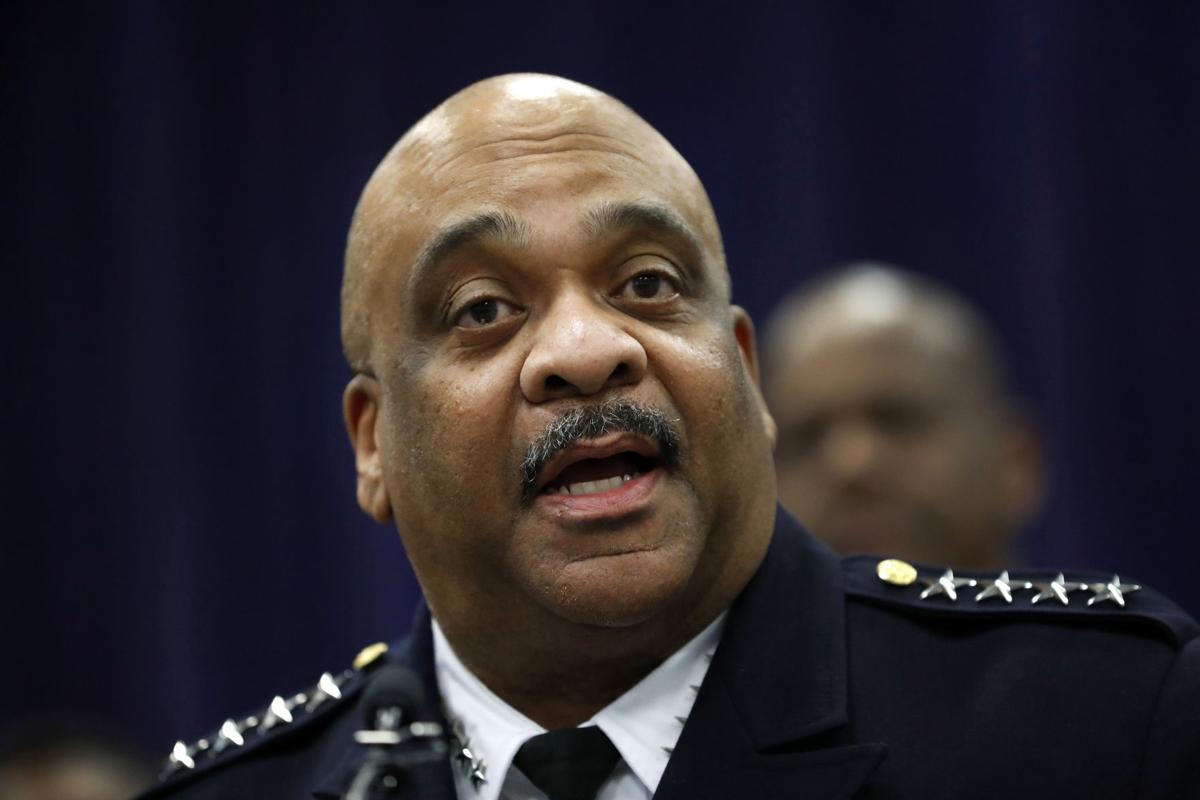 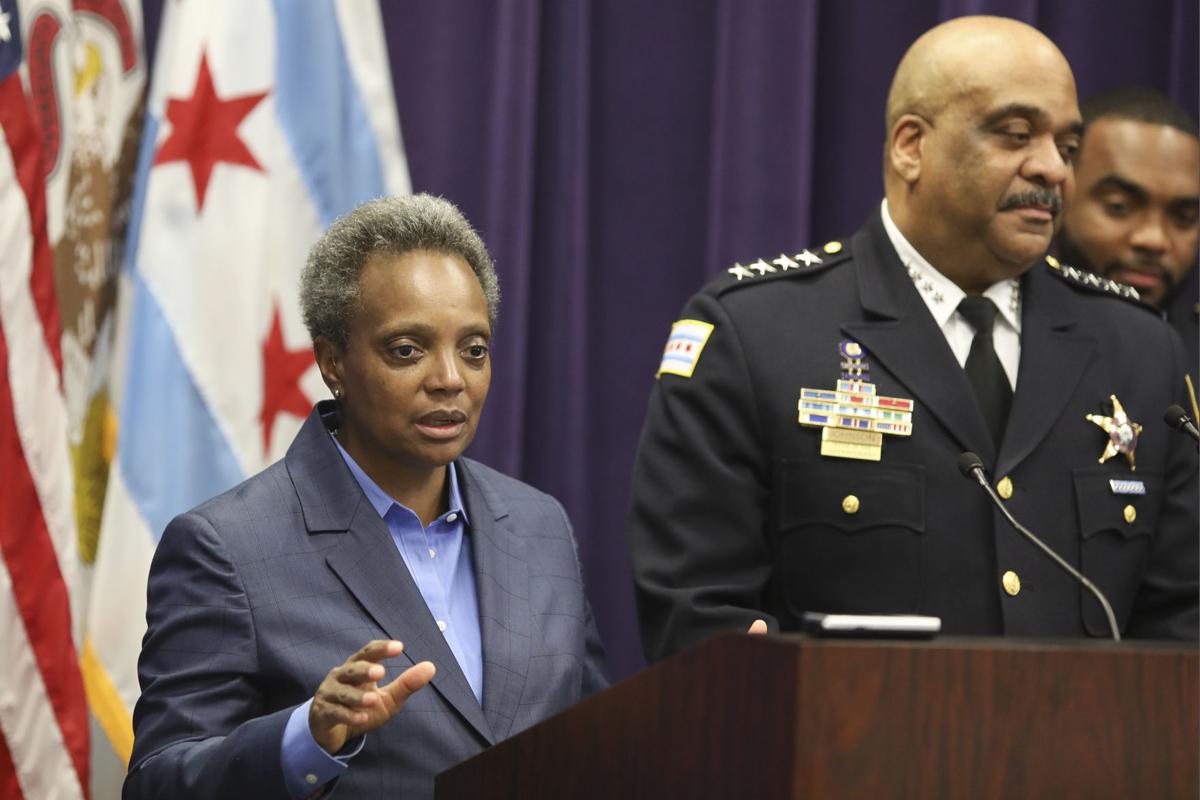 CHICAGO — Chicago Mayor Lori Lightfoot fired the city’s retiring police superintendent Monday, citing “ethical lapses” that included telling lies about a recent incident in which Eddie Johnson was found asleep at the wheel of his car after having drinks.

Named to the job in the wake of a police shooting that killed a black teenager, Johnson was dismissed after the mayor reviewed an inspector general’s report and video evidence related to the night in mid-October when officers discovered him unconscious in his SUV. He initially blamed failure to take his blood pressure medication and said he had a few drinks with dinner earlier in the evening.

The officers did not conduct any sobriety tests and let their boss drive home.

Johnson “engaged in a series of actions that are intolerable for any leader or position of trust, particularly the head of the Chicago Police Department,” the mayor said. Johnson’s conduct was “not only unbecoming but demonstrates a series of ethical lapses and flawed decision-making.”

Lightfoot said the police chief of the nation’s third-largest city repeatedly lied about the events that unfolded the night of Oct. 16 and morning of Oct. 17.

At a hastily called news conference, the mayor declined to offer details “out of deference” to Johnson’s wife and children and the ongoing investigation. The report may become public in the future, she said.

A Chicago police spokesman did not immediately return messages seeking comment from Johnson, who in more than 30 years with the department held almost every rank on the force. He declined to discuss his firing with a Sun-Times reporter who came to his South Side home.

In October, Johnson called for the department’s internal affairs division to investigate the incident, saying he wanted the public to be confident that both he and the officers acted properly. He said he felt lightheaded while driving home, pulled over and fell asleep. During his tenure, he was hospitalized for a blood clot and kidney transplant.

Weeks later, Johnson announced he would retire at the end of the year. He appeared with Lightfoot at an emotional news conference commemorating his long career, an appearance that Lightfoot said Monday she now regretted.

“This department has to be about creating a culture of integrity and accountability, and that’s what we’re going to do,” Lightfoot said.

Johnson, a native Chicagoan, was named superintendent in 2016 by then-Mayor Rahm Emanuel, who had fired Superintendent Garry McCarthy after the release of the now-infamous video showing officer Jason Van Dyke shooting teenager Laquan McDonald. At the time, Emanuel was scrambling to restore public confidence.

Eschewing the recommendations of his police board that conducted a national search, Emanuel settled on Johnson, the interim superintendent who had not even applied for the job. An African American who spent his early childhood living in one of the city's most notorious public housing projects, the soft-spoken Johnson was a popular choice with the rank-and-file who felt they could trust him far more than McCarthy, a brash outsider who spent most of his career in New York.

Johnson took over the department of roughly 13,500 officers as the city grappled with a spike in already high violent crime. By the end of the year that saw thousands of shooting incidents, the number of dead totaled nearly 800 — or 300 more than just the year before.

He presided over an effort to hire more officers that increased the size of the force by about 1,000. Under his leadership, police also expanded the use of technology, including installing more surveillance cameras and embarking on the largest rollout of police body cameras in the country.

As the McDonald case advanced through the courts, Johnson also looked for ways to restore public confidence that had been shattered by allegations that police engaged in a cover-up. The video was withheld from the public for months.

Questions about Johnson’s willingness to cover for fellow officers arose after media reports that, as a deputy chief, he agreed after watching the video that the shooting was justified.

In a blistering report, the Justice Department found a long history in the police force of racial bias and excessive force by officers. That led to wholesale changes in the way officers are investigated and last year the implementation of a federal consent decree that calls for more community policing, better officer training and requiring paperwork every time officers point a gun at someone, even if they don’t fire.

Johnson largely enjoyed support from the public and his department, partly because he was willing to show his human side. He became emotional when he faced reporters to talk about the shooting death of a longtime commander and close friend. He showed anger when he announced the arrest of actor Jussie Smollett, casting what he said was Smollett’s staged racist attack as an attack on Chicago itself. And the city rooted for him when he had a kidney transplant — a kidney he said was donated by his son.

How a struggling Chicago neighborhood made its way back

Eddie Johnson has been receiving a pension of more than $15,800 a month since the mayor fired him for allegedly lying about a night he was found asleep in his city-issued SUV, according to a newspaper report.

Chicago releases video of ex-top cop asleep at the wheel

Documents, audio of a 911 call and police body camera footage showing the former head of Chicago police allegedly asleep in October at the wheel of his vehicle were released to the public by the city of Chicago.