CHICAGO — Tucked in a windowless room of Chicago's immigration court, one of the nation's largest legal advocacy groups for immigrants runs a free help desk.

Their pace is dizzying. Most days, there's a line outside the door, with some cases taking years to resolve. Attorneys have no printer and make copies by hand. They rarely take breaks, even to use the bathroom.

A visit to the operation — one of five nationwide — illustrates the growing burden on attorneys in the immigration courts system, where there's no right to appointed counsel, no electronic filing, a crushing backlog and ever-shifting Trump administration policies that have created unparalleled turmoil.

Notices to appear in court list times or dates when courts aren't in session. Immigrants who don't get copies of their asylum paperwork at the border must file formal Freedom of Information Act requests, which can take time and money. And the Trump administration has all but shut down interactions between government and immigration attorneys outside court, even for mundane matters like finding out when there's a hearing.

The Associated Press visited immigration courts in 11 different cities more than two dozen times during a 10-day period in late fall, including Chicago's two locations, which serve Illinois, Indiana and Wisconsin. They found inefficient proceedings leading to years-long gaps between court dates, misplaced files, missing interpreters and immigrants not knowing how to fill out forms or get them translated.

The legal help desk is inside the main immigration court in a downtown high-rise.

The National Immigrant Justice Center began a privately funded version of the program in 2013, which was expanded in 2016 with federal funding. Currently, the Department of Justice's Executive Office for Immigration Review administers similar desks in four other cities: Los Angeles, Miami, New York and San Antonio.

Attorney JuanCamilo Parrado started a recent morning making rounds, informing people of their rights and the availability of free or low-cost help. A second attorney joined after waiting at Immigration and Customs Enforcement to dispute a fine for a client who voluntarily turned himself over for deportation. The situation, which would have taken a phone call under previous administrations, took three hours to resolve.

“You hit dead ends,” attorney Naiara Testai said. “It seems like it’s a way to keep people from getting through.”

Court officials have said they’re trying to find ways to become more efficient and stay ahead of the backlog by adding interpreters in Spanish and Mandarin, judges and clerks. They’ve also started centers to handle video hearings near the U.S.-Mexico border. But they acknowledge being “outpaced” by new cases.

The growing case load was obvious for the immigration center's attorneys who spent the rest of the day in back-to-back consultations.

A Guatemalan man with no immigration status drove from Indiana where his U.S. citizen father, wife and children live. A Venezuelan couple with six manila envelopes and two accordion files of paper needed help with the next step of their bid for asylum. A Pakistani man on an invalid student visa wanted to use a procedure to close his case that the Trump administration ended in 2018. A Nicaraguan family has a court date at 8:30 a.m., when court hearings in Chicago begin at 9 a.m.

The organization, which handles 600 asylum cases a year, also makes referrals. But they have to turn people away because of the demand.

Most immigrants don't have attorneys. A 2016 study by the American Immigration Council shows that nationwide 37% of immigrants in removal proceedings had attorneys, though that varies from city to city.

For immigration attorneys, the job can be disheartening.

Judges nationwide rejected nearly 70% of asylum cases in the fiscal year that ended in 2019, according to Syracuse University's Transactional Records Access Clearinghouse.

Recently, NIJC attorney Aneesha Gandhi took a gamble on a difficult case with only weeks to prepare.

Andres Irigoyen arrived from Ecuador at O’Hare International Airport in August after facing repeated discrimination and violence for being openly gay.

Gandhi said Ecuador is a “mixed bag” country for gay rights. Over the summer, its highest court authorized same-sex marriage, but attorneys and activists on the ground say the decision hasn’t fully translated into a gay-friendly environment.

Irigoyen, dressed in orange prison garb and handcuffed to the table, detailed the attacks in his home country, one of which left his face unrecognizable.

“I came here to have peace. I have dreams," the 27-year-old told the judge. “I want to live a normal life.”

After 45 minutes of intense testimony, the judge granted asylum.

Gandhi was shocked. She was ready for a fight. The expected government attorney known for intense questions was out that day.

Irigoyen planned to temporarily stay with a family while making work arrangements. He hoped to work in the travel industry as he did back home.

Back at the immigration center's office Gandhi was all smiles, as were her colleagues.

“These wins are really important because we’re in this environment that is essentially saying, ‘These people are bad people. These people are trying to game the system.’ It can often times make you feel like you’re a bad person too,” she said. "You always have this overwhelming feeling of responsibility because somebody’s life is in your hands.”

Mayor Lori Lightfoot has called it “the first step in a longer process of strengthening the city’s immigration protections.”

University of Illinois administrators are recommending a hike in tuition costs for in-state freshmen for the first time in six years, officials announced.

Interviews with people with direct or indirect knowledge of the events, along with a review of documents and contemporaneous news reports, paint a more complicated picture that is not as flattering to Buttigieg.

IU breached its contract by provided substandard living assignments to thousands of students staying in residential halls where mold was found, the lawsuit alleges.

Illinois is updating its birth certificate system to affirm the gender identities of transgender parents.

'Kids can't even get a haircut': 2 young brothers among 5 shot in Chicago barbershop, police say

Two young brothers were among five people shot and wounded when gunmen fired through the window of a Chicago barbershop, police said.

The animal was shot with a BB gun, “which could have caused the limp in its movements as well as the aggressive behavior,” officials said.

The governor says it will allow tens of thousands of motorists to have driving privileges reinstated. That means more people will be able to work

The passenger rail agency had told Chicago-based Access Living its policy was to charge extra to reconfigure train cars to accommodate wheelchair users.

Her school counselor posted the $2,000 bond and has offered to take her in while she is free. 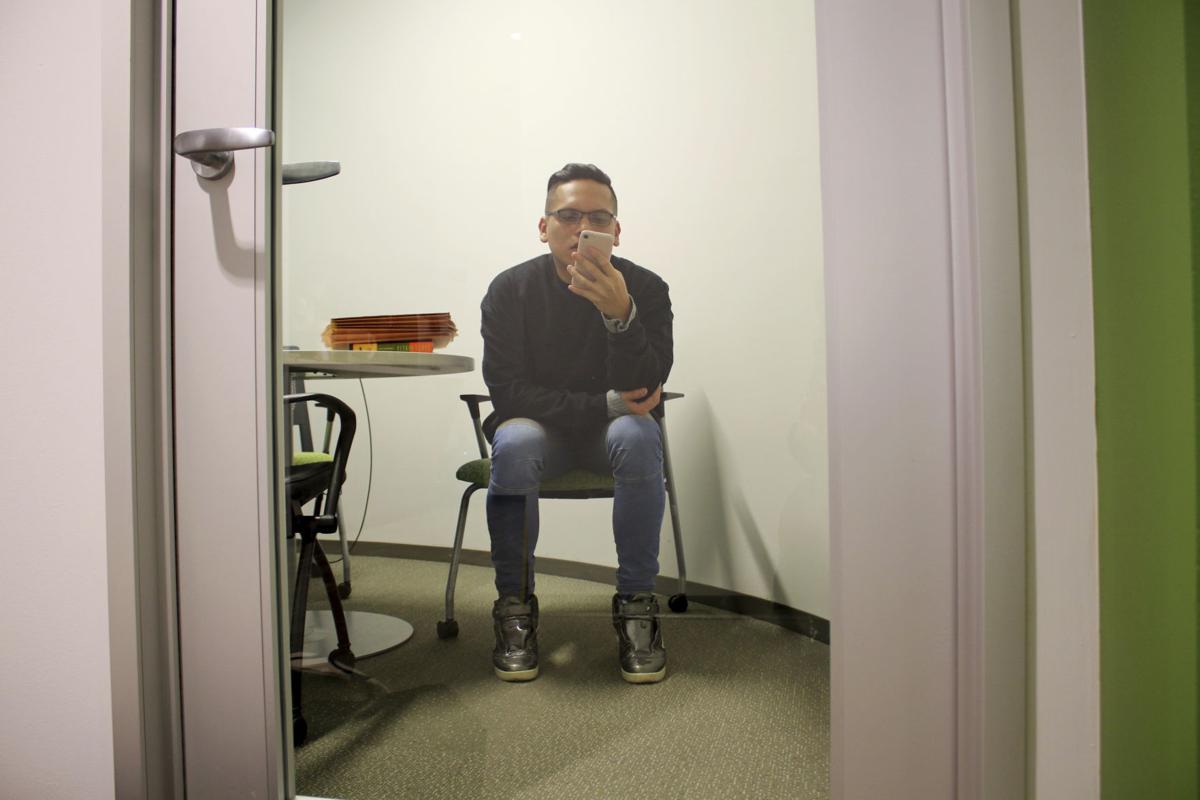 Andres Irigoyen meets with his attorney at the National Immigration Justice Center in Chicago, moments after winning his bid for asylum in immigration court on Nov. 14, 2019. 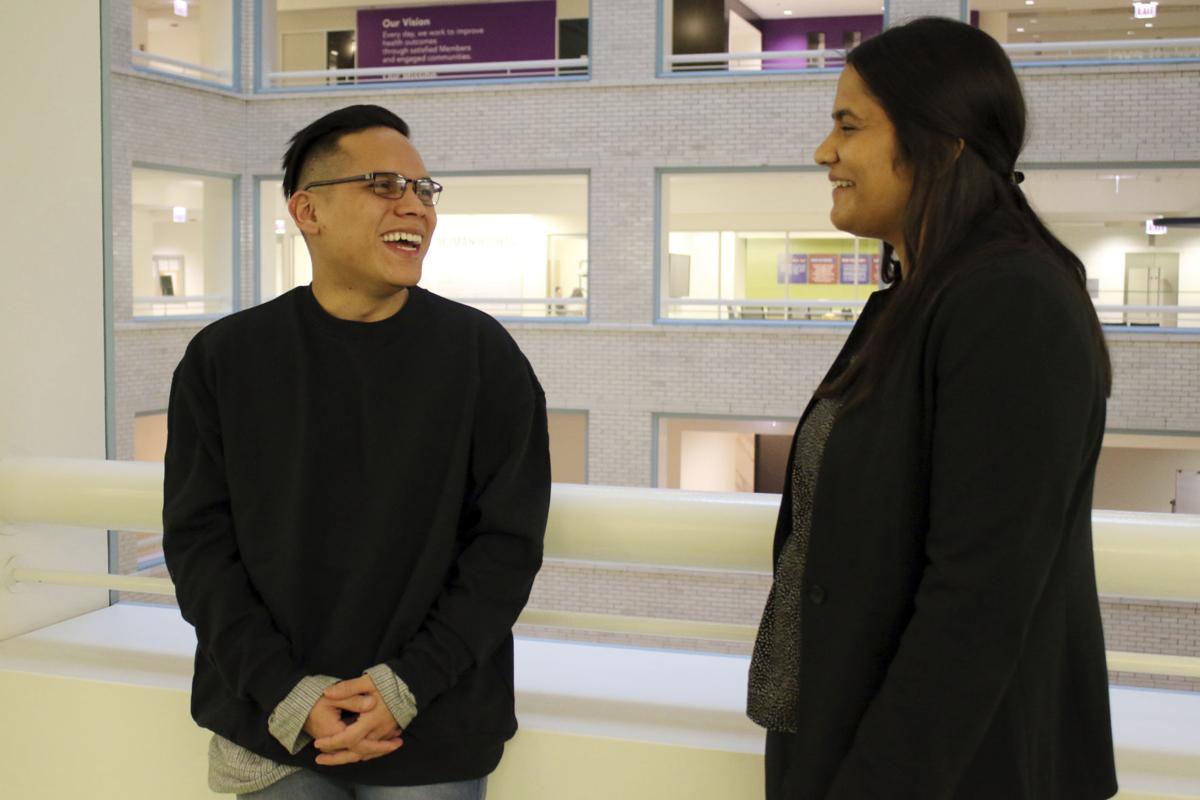 Andres Irigoyen meets with his attorney Aneesha Gandhi at the National Immigration Justice Center, moments after winning his bid for asylum in a Chicago immigration court on Nov. 14, 2019. 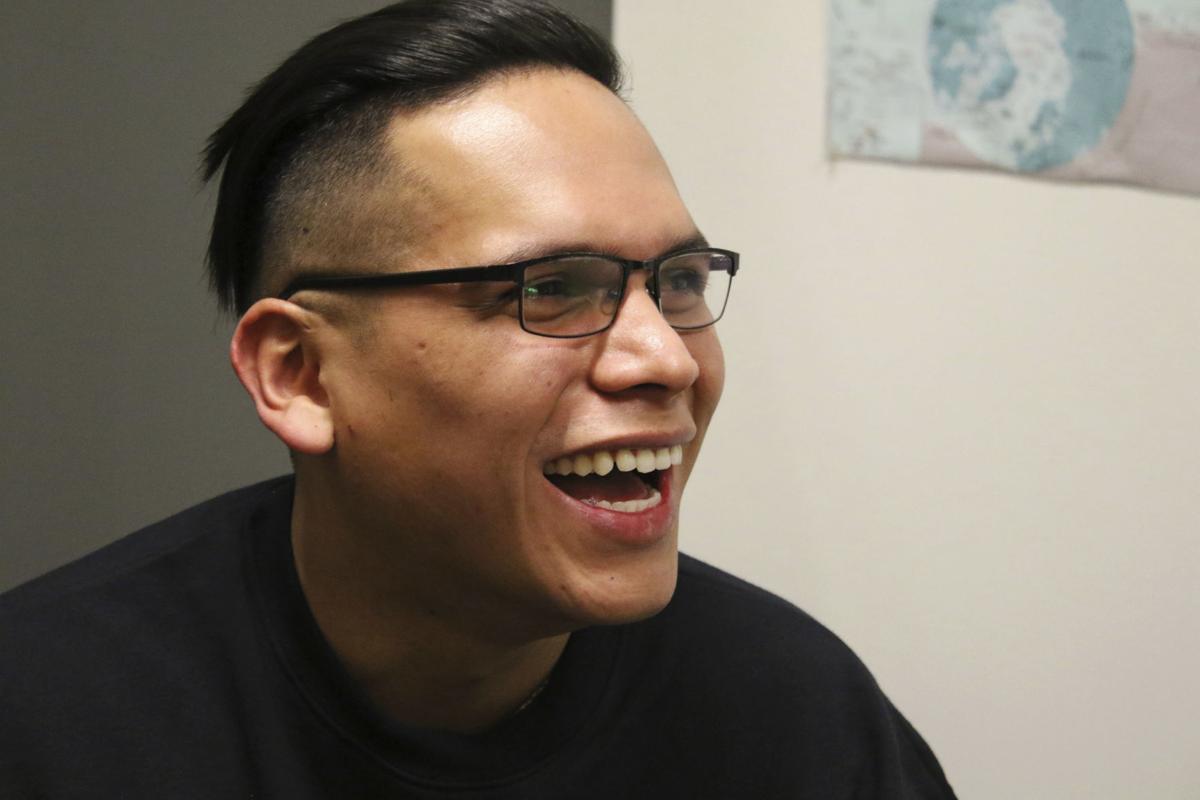 Andres Irigoyen meets with his attorney at the National Immigration Justice Center in Chicago on  Nov. 14, 2019, moments after winning his bid for asylum in immigration court.