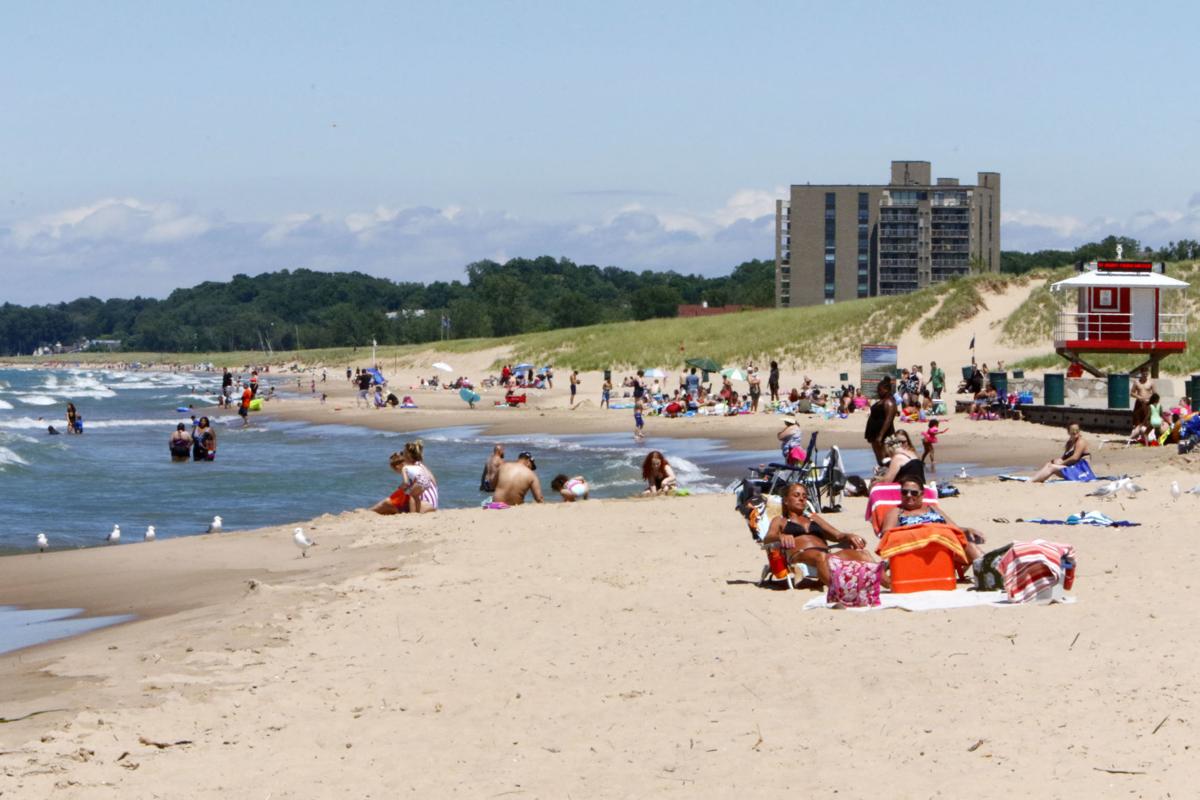 Visitors spread out along the lakefront in June at Washington Park Beach in Michigan City. Mayor Duane Parry has ordered for the shutdown of Washington Park. 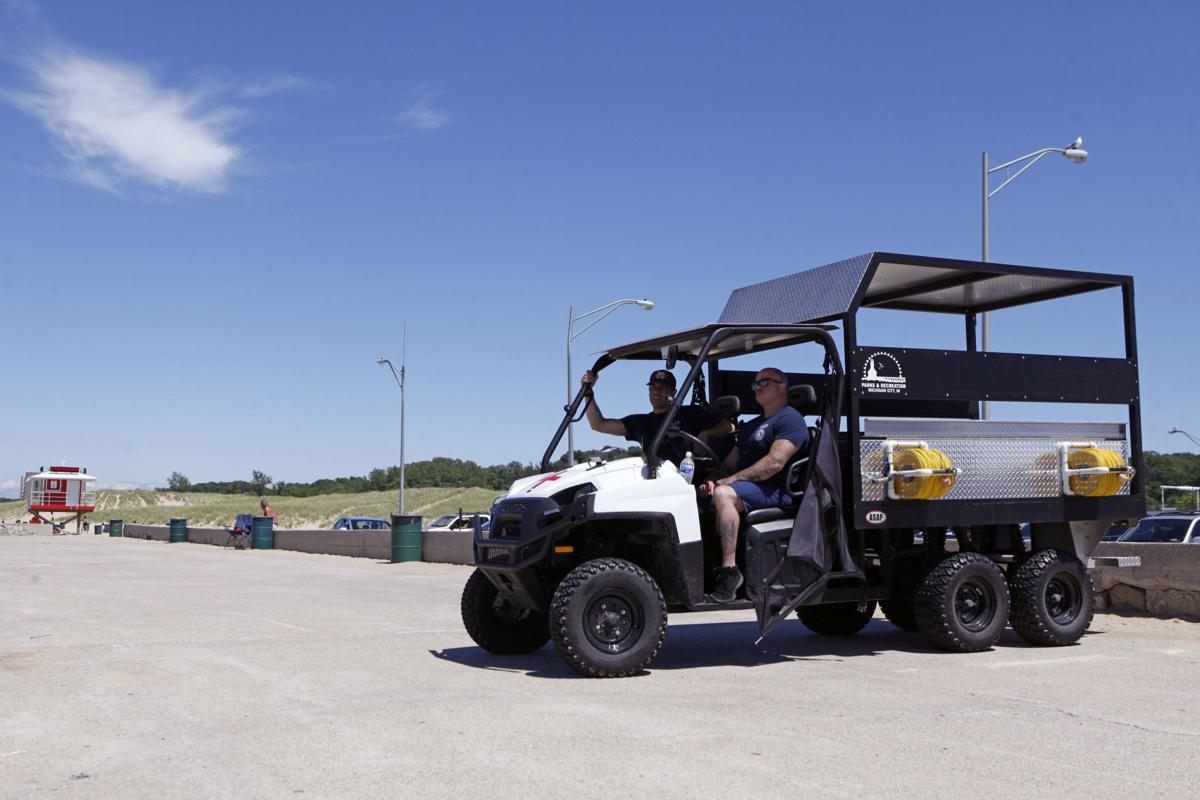 Michigan City Fire Department members Chris Blake, left, and Randall Hallett keep an eye on beachgoers on June 23 at Washington Park Beach. Mayor Duane Parry and the city council are at odds over Parry's decision to close the beach.

MICHIGAN CITY — Despite dissent from the City Council, Mayor Duane Parry on Thursday extended his shutdown order of Washington Park to slow the spread of the coronavirus.

Parry's announcement comes on the heels of the City Council voting 6-3 this week against extending his closure order.

The executive order, first signed July 16 and good for seven days, was set to expire Thursday night, sans council approval to extend it.

Beaches in Chicago and Whiting have been closed, which resulted in an upswing in beachgoers in Michigan City.

"This closure will undoubtedly cause inconveniences and disruptions to those who visit, and utilize our beachfront, zoo and park," the mayor said in a news release.

Parry said he has requested the Park Board immediately meet to discuss the remainder of park operations this year along with developing new rules and guidelines for Washington Park to adapt to the fluid changes in the pandemic.

Council members who voted against extending the closure earlier in the week suggested other ideas to curb the spread, such as limited resident-only parking, hotel guest passes, perhaps separate lanes for residents and out-of-towners, and temporarily doing away with overflow parking.

“I have total faith that the mayor is going to listen to this” recording of the council meeting and include the council in future decisions on public health, said Councilman Michael Mack, D-3rd.

In Parry’s executive order, he cited “unusually large attendance levels, which include numerous out-of-county visitors and out-of-state visitors, over the recent weeks, causing difficulty for patrons to comply with COVID-19 social distancing requirements and CDC guidelines.”

Others suggested the rolling closure orders is not enough, and a long-term solution is necessary.

“I think there’s an automatic assumption we’re going to extend these things 30 days at a time, and we need to stop doing that,” Councilwoman Angie Deuitch, D-At-Large, said.

Councilman Don Przybylinski, D-At-Large, favored limiting use of the park to Michigan City residents with stickers. Hotel guests could also be given passes to visit the beach, he suggested.

“That’s the primary reason that they come to Michigan City this time of year is to visit the lakefront,” he said.

His brother, Councilman Paul Przybylinski, D-2nd, said the mayor should have gotten input from the Park Board and the council.

“The Park Board could come up with rules right away and enforce them,” he said.

“I have not heard one positive comment from local people,” Paul Przybylinski said, an observation echoed by other council members.

Zygas suggested a council workshop to discuss the issue. The council agreed to set it up for Tuesday.

“I’m not sure what the solution is, but some discussion needs to be happening," he said.

Parry's executive order will expire against at 11:59 p.m. July 30, unless the council agrees to an extension.

President Trump announced he will send federal agents to Chicago and Albuquerque, New Mexico, expanding the administration’s intervention into local enforcement as he runs for reelection under a “law and order” mantle.

Two statues of Christopher Columbus that stood in Chicago parks were taken down early Friday at the direction of Mayor Lori Lightfoot.

The zoo is the only facility in the park reopened to the public. The beach, senior center, Sunset Grille and other park facilities remain closed through at least Aug. 13 because of the pandemic.

Visitors spread out along the lakefront in June at Washington Park Beach in Michigan City. Mayor Duane Parry has ordered for the shutdown of Washington Park.

Michigan City Fire Department members Chris Blake, left, and Randall Hallett keep an eye on beachgoers on June 23 at Washington Park Beach. Mayor Duane Parry and the city council are at odds over Parry's decision to close the beach.