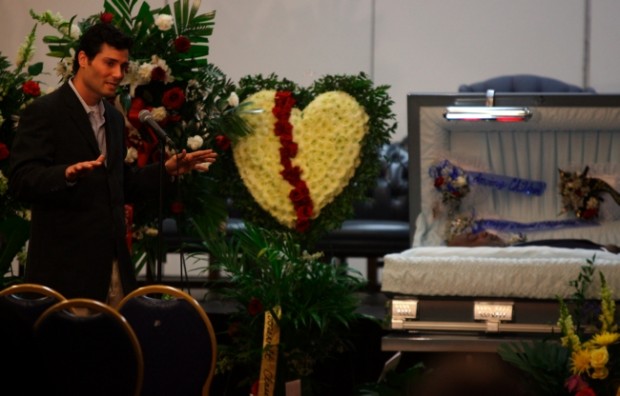 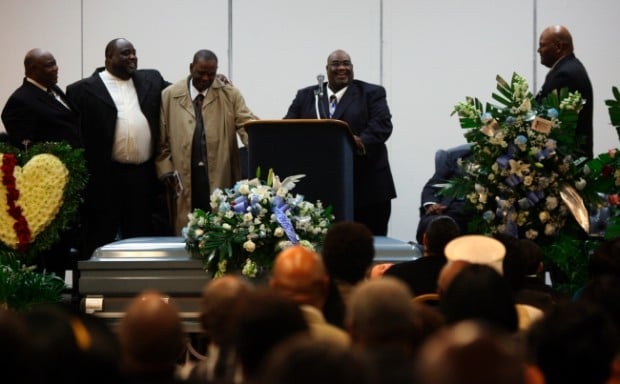 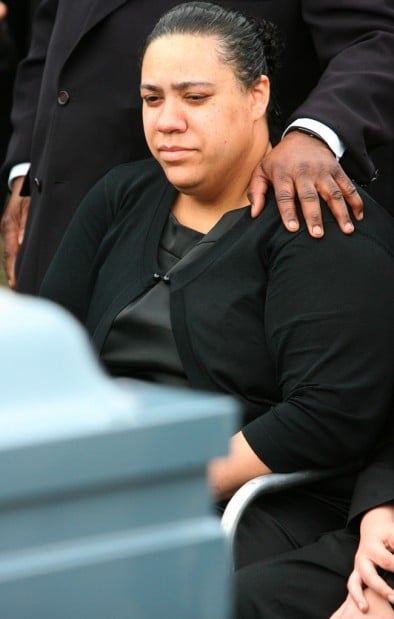 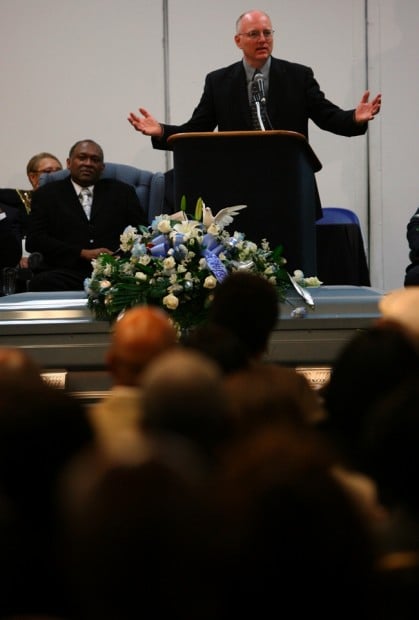 GARY | Everyone from mourners and family members to former players and the deputy mayor of Gary remembered Joe Gates for many things.

Yet, the one word that continued to permeate the Genesis Convention Center ballroom was "baseball."

Gates, who spent 10 years in the minor leagues, parts of two seasons as a second baseman for the White Sox, seven seasons as a bench coach with the RailCats and 28 years as the Wirt baseball coach, was laid to rest Tuesday after a funeral attended by nearly 400 mourners.

Gates was experiencing trouble breathing and died on March 28 at age 55.

"Whenever I tell people that I work with the RailCats, invariably someone has a Joe 'Moose' Gates story," RailCats President and general manager Roger Wexelberg said. "Joe was a giver, to the players, to the fans; he was always there with a smile or to throw a baseball into the stands."

Gates was a four-year letterman at Roosevelt High School in baseball and played two seasons of varsity basketball.

Mayor Rudy Clay declared April 6, 2010, to be Coach Joseph 'Moose' Gates Day, in remembrance of Gates' dedication to the city. Gates is one of 12 Major League Baseball players to hail from Gary and one of three to play for the White Sox.

"Whereas Joseph Daniel 'Moose' Gates will be remembered as one of Gary's best longtime coaches," read Deputy Mayor Geraldine Tousant from the mayoral proclamation, "Joe crossed the path of many in the baseball community, and he will be truly missed by all."

The nearly 2 1/2-hour funeral was preceded by a two-hour wake in which mourners from Gates' 1973 graduating class at Roosevelt High School and from his baseball teams spoke and told stories about his love for the game.

A luncheon at The Steel Yard followed his interment at Oak Hill Cemetery in Gary.

The funeral and Coach Joseph Moose Gates Day fell exactly a month before the May 6 opening of the RailCats spring training. The team will honor Gates this season with a patch on each uniform and by making him the first member of the team in franchise history to have his number -- No. 45 -- retired.

Joe Gates was driving with his brother James to a boys basketball semistate two weeks ago when he mentioned that when he died, there'd be so m…

Joe Gates spent most of his life in a baseball uniform.