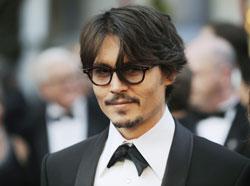 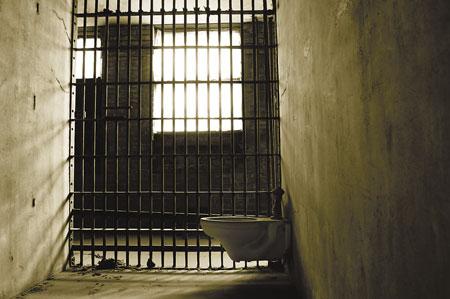 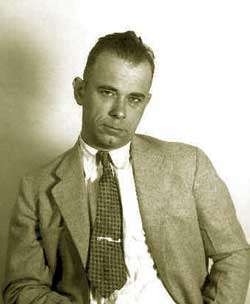 The scene will be shot on location at the Old Sheriff's House and Jail, 226 S. Main St., sources said. Universal declined to comment on specifics.

The front part of the Second Empire-style building housed the top cop in Dillinger's era. The back holds the cells from which the bank robber fled in broad daylight.

Dates for the Crown Point shoot are under wraps. But director Michael Mann has targeted the old Lake County Criminal Court, 220 S. Main St., as his headquarters during a three-day stay. Reborn the Hall of Justice Bar and Ballroom in the early 1990s, the jail's neighbor will host up to 200 actors, crew members and technicians.

"Hollywood's coming to Crown Point," said Philip Struebig, co-owner of the Hall of Justice. "It's going to be a heck of a thing for Crown Point. It will put us back on the map."

He is banking on hosting a reception for three-time Oscar nominee Depp, 44, during the shoot. "We're ready to rock 'n' roll," he said.

Work crews arrived Monday to prep the red-brick jail for its close-up. By Thursday, a dozen tradesmen were measuring timber on sawhorses for a new drop ceiling and walls. The chug of a portable generator and buzz of a circular saw all but drowned out jokes about tommy guns.

"I wish we could say (the restoration) will be complete, but it'll be mostly the entry and upstairs," Universal location scout George Constas said Thursday.

The Depression-era cells -- one which housed Dillinger -- are rating kid-glove treatment. The restoration team will make them "look pretty, but not too pretty" for the period drama. "It'll just look like a jail," said Constas, standing in the gutted foyer. "Concrete and bars."

Indiana native Dillinger escaped the heavily guarded jail March 3, 1934, by brandishing a gun. Some say it was real gun smuggled into him; some say it was hand-carved.

Philip and Cynthia Jo Struebig, who purchased the courthouse in 1990, said they met with Mann before Christmas to discuss local Dillinger sites that might be incorporated into the film. The "Miami Vice" producer toured the old courthouse, admiring the "Victory of Law Through Justice" mural before which Dillinger was arraigned, then inspected the jail.

Mann also borrowed a book and vintage photos of Public Enemy No. 1 from the Struebigs' collection of gangster memorabilia that adorns the Speakeasy Restaurant and Great Escape lounge within the Hall of Justice Bar. When they bought the old courthouse, "it was deteriorated. It was raining in the ballroom. We restored it as a labor of love. Never did I expect something like this would happen," Philip Struebig said.

Based on the book by Bryan Burrough, the crime drama will bow in 2009. The cast includes Christian Bale as G-man Melvin Purvis, who ambushed Dillinger outside Chicago's Biograph Theatre a few months after he fled the "escape-proof" Lake County Jail. Oscar winner Marion Cotillard, who collected best actress honors for her role as Edith Piaf in "La Mome," has been tapped as Billie Frechette, the gangster's lover and companion. "Public Enemies" will be filmed from March through June in Chicago, Indiana and Wisconsin.

On July 22, 1934, John Dillinger was shot and killed by FBI agents outside of the Biograph Theater after watching a movie in Chicago. His alle…