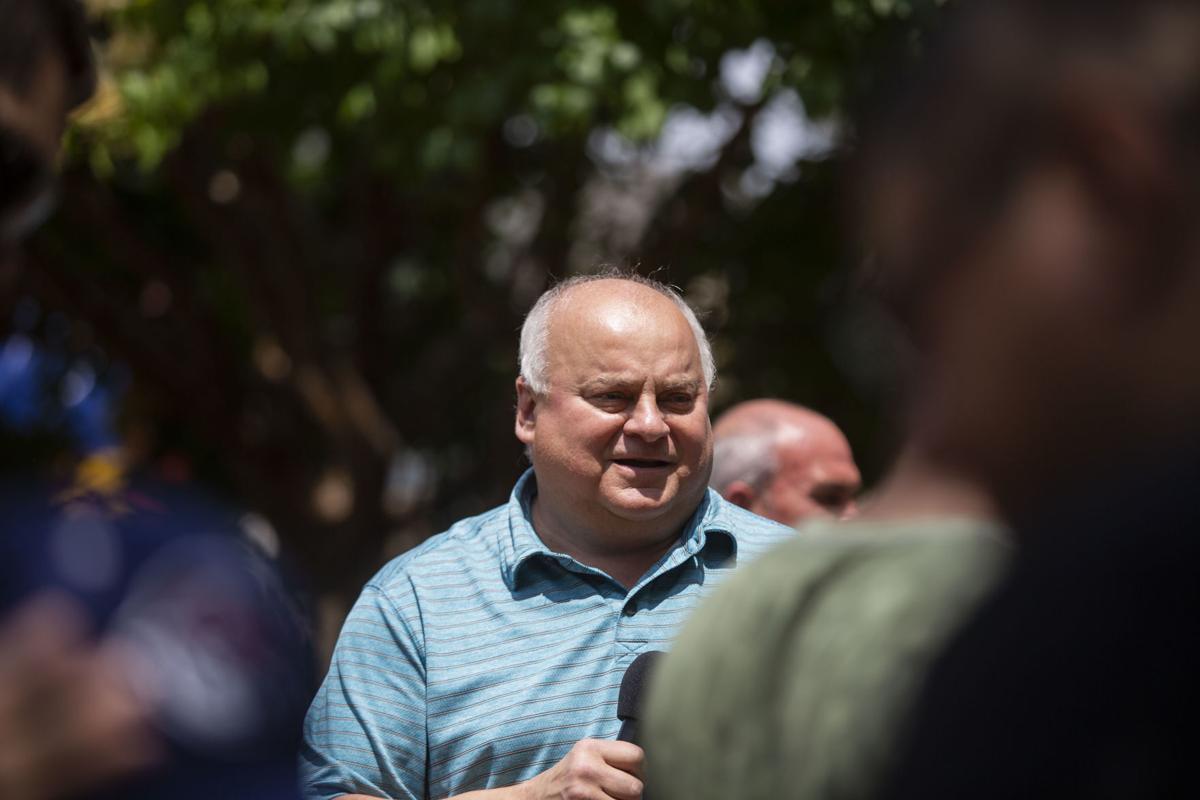 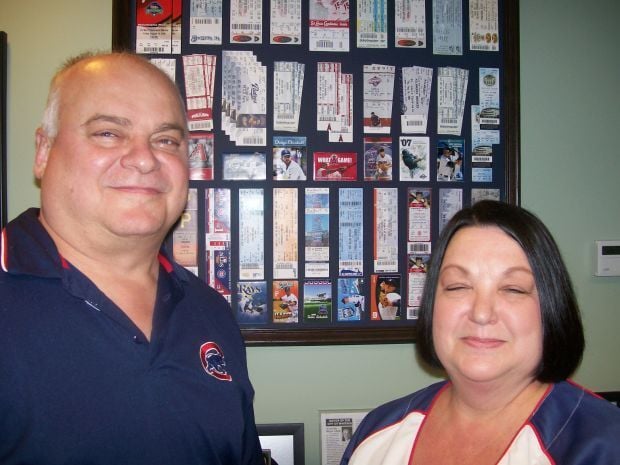 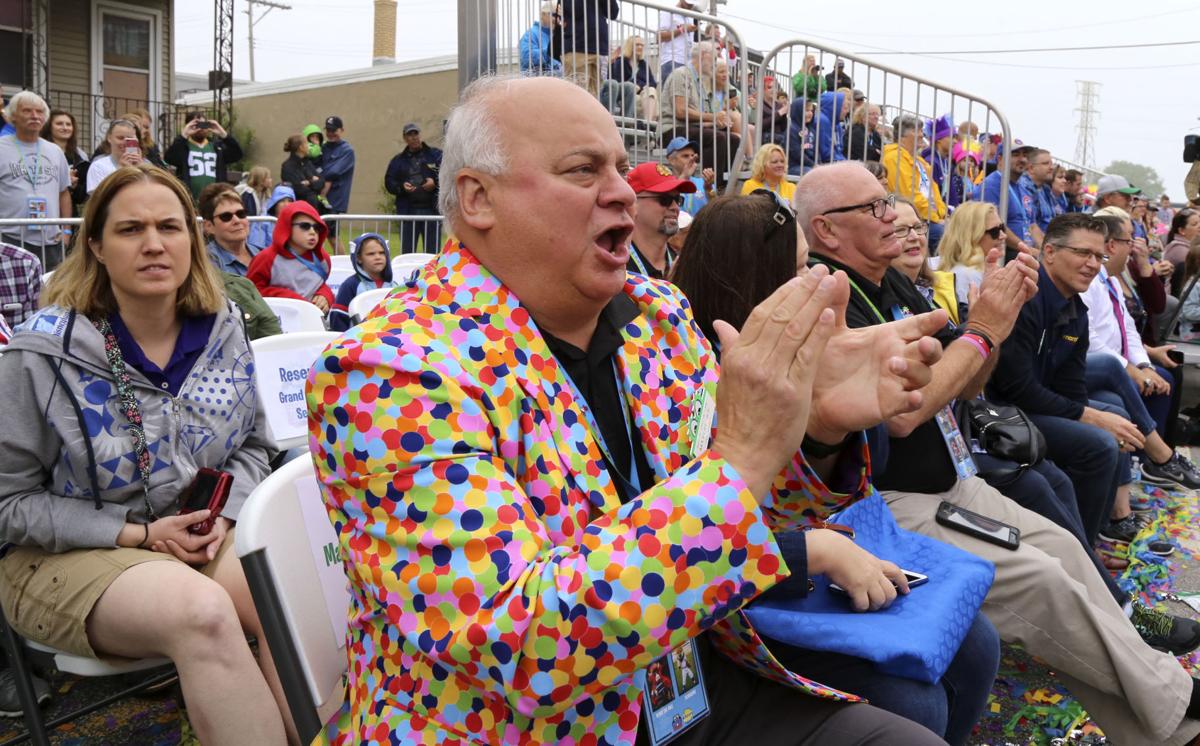 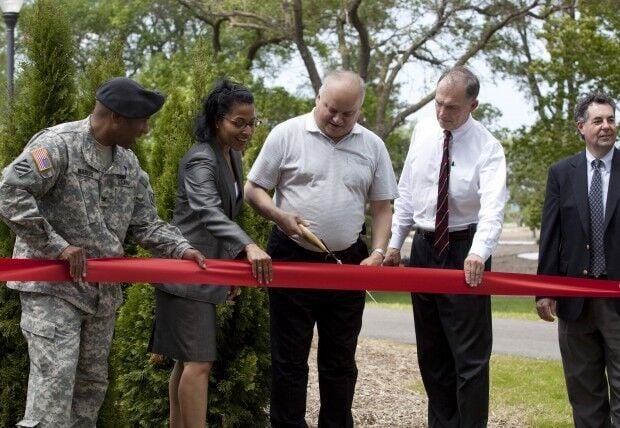 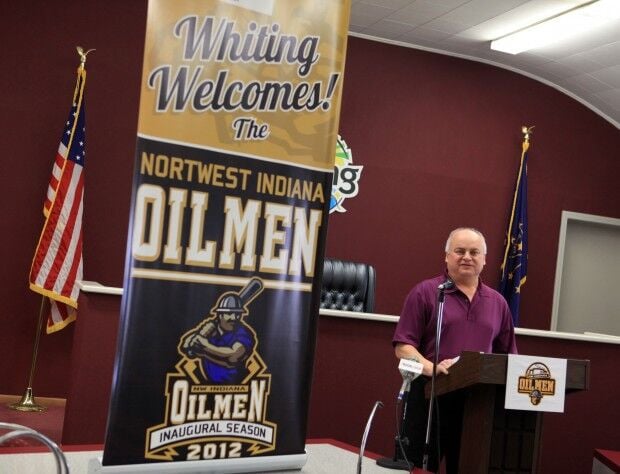 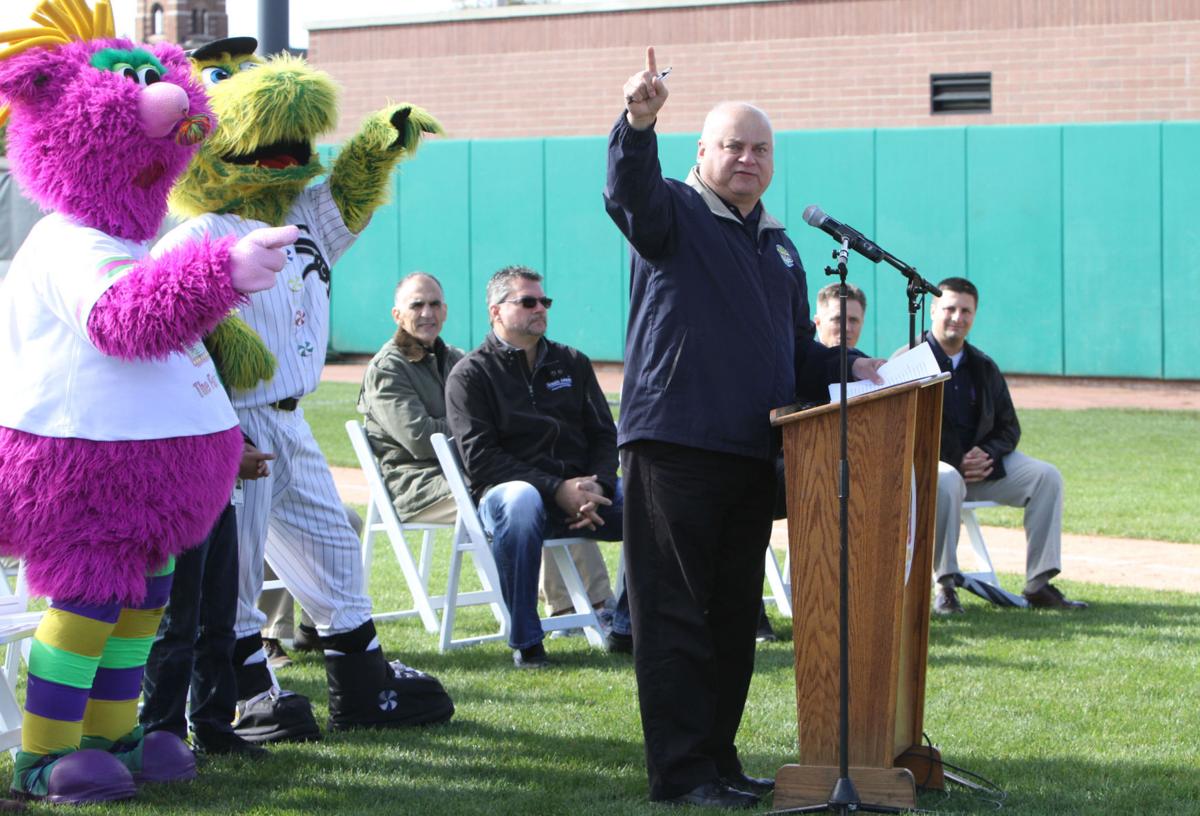 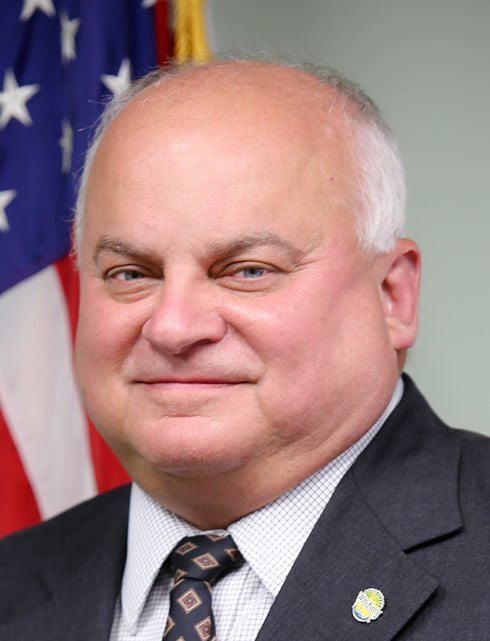 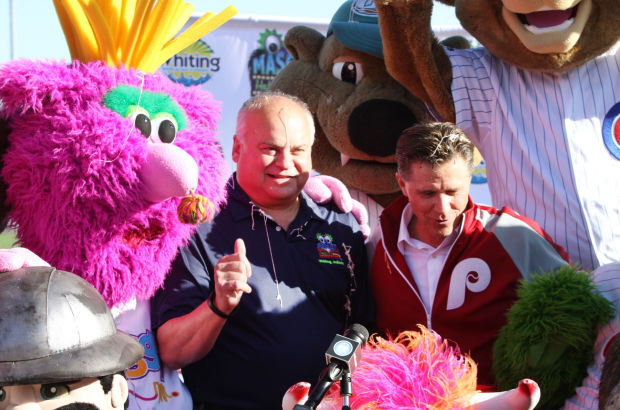 WHITING — Longtime Mayor Joe Stahura illegally spent $255,000 in campaign money to fuel his and his wife’s gambling habits, pay down debts and support his adult daughter, federal prosecutors said Thursday in announcing felony charges against him.

“Mr. Stahura, an elected official for over 35 years, illegally used his campaign funds for personal activities and expenditures and lied about it on his publicly filed campaign reports and tax returns. He knew his conduct was illegal, yet he persisted in it for over five years,” Kirsch said.

The federal government has charged Stahura with one count each of wire fraud and filing a false tax return. He plans to plead guilty, court records show.

The couple used approximately $55,780 of Stahura’s campaign-raised dollars as they frequented casinos across the Midwest and elsewhere in the U.S. They also frequented the Horseshoe Casino in Hammond, records show.

Diane Stahura on Thursday entered into a deferred prosecution agreement where she acknowledges that the government has sufficient evidence to charge her with wire fraud, court records show.

She will not be prosecuted under the agreement so long as she cooperates with the IRS fraud investigation, agrees to a restitution plan and halts any misuse of funds.

In an early morning emailed letter addressed to friends and colleagues, the 64-year-old mayor said he has accepted a plea agreement, which will result in his resignation “in the coming days.”

In the email, Stahura stated he takes "pride in supporting Region businesses and casinos," and that he cares "deeply about our family and (does not) hesitate to help when they need it."

Stahura declined comment when reached by The Times and deferred all questions to his attorney.

Stahura's attorney, Kerry Connor, said her client's "reputation as a dynamic mayor and dedicated family man are well known across the Region."

"He used some of his campaign funds for personal use, routinely paid it back, and is devastated that his nearly two-decade term as mayor is ending in this manner. Whiting has gained several millions of dollars in lakefront development and infrastructure enhancements, nearly $600,000 in COVID-19 relief, a mascot hall of fame, and so much more under his leadership, and his decision to accept this plea agreement was in the best interest of his family and the citizens of Whiting," Connor said in a statement.

Stahura, who has served as Whiting mayor since 2004 and served on the Whiting City Council for 20 years prior to that, admitted that from February 2014 up until 2019, he and his wife used $255,000 of campaign committee funds for personal use, according to Kirsch's office.

Stahura served as his own chairman and treasurer for his campaign committee titled “Committee to Elect Joe Stahura,” prosecutors said.

Stahura and his wife sought donations from individuals and entities and even held fundraising events to raise money, purportedly for the campaign committee, authorities said.

Diane Stahura transferred money from the committee’s bank account to the Stahuras’ personal bank account, which then was used to pay personal bills, provide support for their daughter and gamble at casinos, authorities said.

They did this “while disguising the activity by filing campaign reports with false and misleading information and by omitting material information from the reports,” according to the news release.

“To further the scheme, on multiple occasions between 2014 and 2019, Joe Stahura filed false and misleading campaign finance reports with the Board of Elections, which omitted information about the personal use of the campaign funds that had been occurring from 2014 through November 2019,” prosecutors said.

Court documents show Diane Stahura transferred $10,500 from her husband’s campaign committee bank account to the Stahuras’ personal account on Jan. 2, 2019, and the following day, the money was used to pay outstanding credit card debt to Chase.

On Feb. 22, 2016, $503 was withdrawn from Mayor Stahura’s committee bank account at an ATM in Washington, Pennsylvania.

“On the same day, a Pennsylvania casino and horse track debited funds from Stahuras’ personal bank account, which had a negative balance of $533.53 at the end of the day,” court records state.

Prosecutors also noted how the Stahuras would write thousands of dollars in checks to their adult daughter using campaign funds.

In an email written Thursday morning ahead of the filed charges, Joe Stahura said he has decided to accept a plea agreement in the case.

"All I can say at this time is that I used some funds from my campaign account for personal use, I routinely paid it back, the circumstances have resulted in wire fraud and income tax violations, and I’m very sorry for my actions and am prepared to take responsibility for them," Stahura said Thursday.

Prosecutors said Stahura filed a false tax return in April 2019, falsely listing his gross income — and not accounting for $51,480 stolen from the campaign account in 2018.

Additionally, on his campaign finance report he overstated the loan repayment amount to his campaign by approximately $40,000, prosecutors said.

Indiana campaign finance law restricts the use of money contributed to a campaign committee.

Candidates can use campaign committee money to pay expenses reasonably related to a campaign for political office, continuing political activity, and activity related to service in elected office, but cannot use that money for a primarily personal purpose. Candidates can also not commingle personal funds with campaign funds.

Special Agent-in-Charge Kathy A. Enstrom, with the IRS Criminal Investigation’s Chicago office, said investigations into public corruption continue to be a high priority.

“Public officials stealing campaign funds for personal purposes is an unacceptable practice, and IRS Criminal Investigation will be there to uncover the fraud and tax evasion in order to bring the dishonest officials to justice,” Enstrom said.

This case is being investigated by the Internal Revenue Service's Criminal Investigation Division and the FBI, both members of the U.S. Attorney’s Public Corruption Task Force. The case is being prosecuted by Assistant U.S. Attorneys Philip Benson and Gary Bell.

Michigan City beach reopening, but to county residents only

Access to Washington Park is limited to residents of LaPorte County, who possess a valid 2019 or 2020 beach sticker, Parry said.

An Illinois man is dead after being attacked by his stepson's pet dogs, authorities said Wednesday.

Woman gets 6 years for driving off unfinished highway bridge

A woman who admitted being drunk when she drove off an unfinished bridge onto a highway, seriously injuring a man, has been sentenced to six years in prison.

The woman admitted in a plea agreement that after stealing the money, she gambled it away.

Nearly 1,000 NIPSCO customers in the Crown Point and Leroy areas were without power Friday afternoon, the company's outage map showed.

Former Michigan City Mayor Ron Meer was charged with six felonies and two misdemeanors less than a week before losing his reelection bid in November.

Whiting Mayor Joseph Stahura is now scheduled to plead guilty next month to stealing his political donations to gamble and repay personal debts unrelated to his re-election campaigns.

Besides the 10-year-old girl, a man — whose age has not been disclosed by police or court records — was wounded in the shooting about 7 p.m. Aug. 16 near Stefak Park at West 70th Place and Harrison Street in Merrillville. Another man, who is in his 20s and was described as autistic, was badly beaten in an earlier fight, records show.

Portage government misconduct case gets off to rocky start; judge recuses herself

Porter Circuit Court Judge Mary DeBoer agreed with the defense and prosecutors that it would be best for her to recuse herself from the case.