US pipeline company halts some operations after cyberattack

Attorneys to East Chicago residents: Know your legal rights
Share this
1 of 9 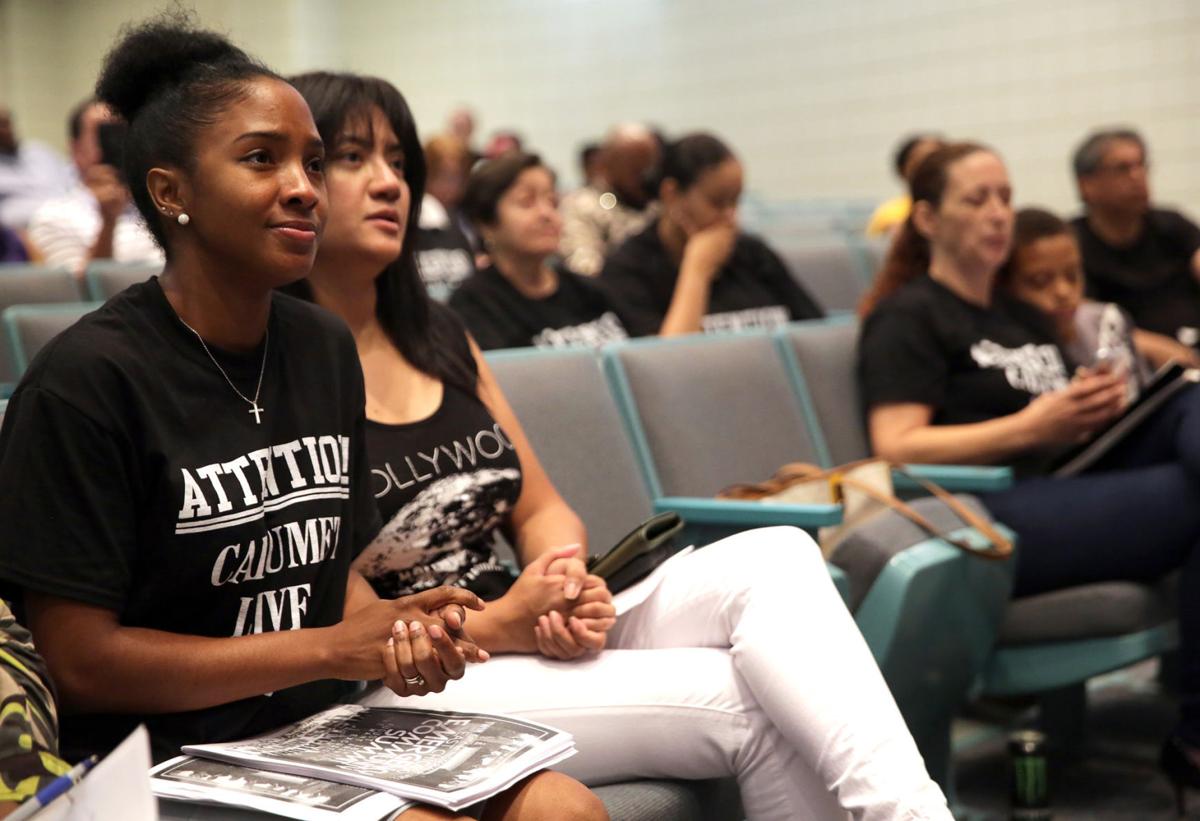 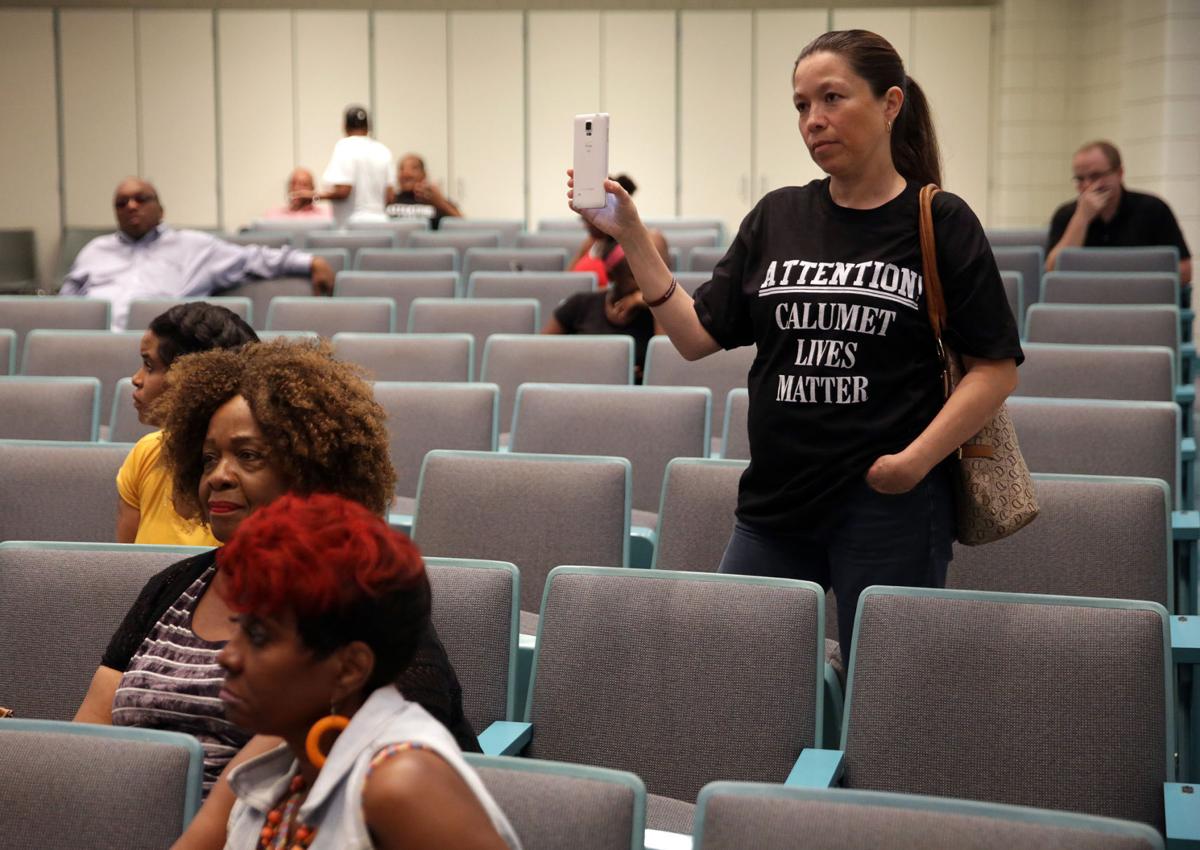 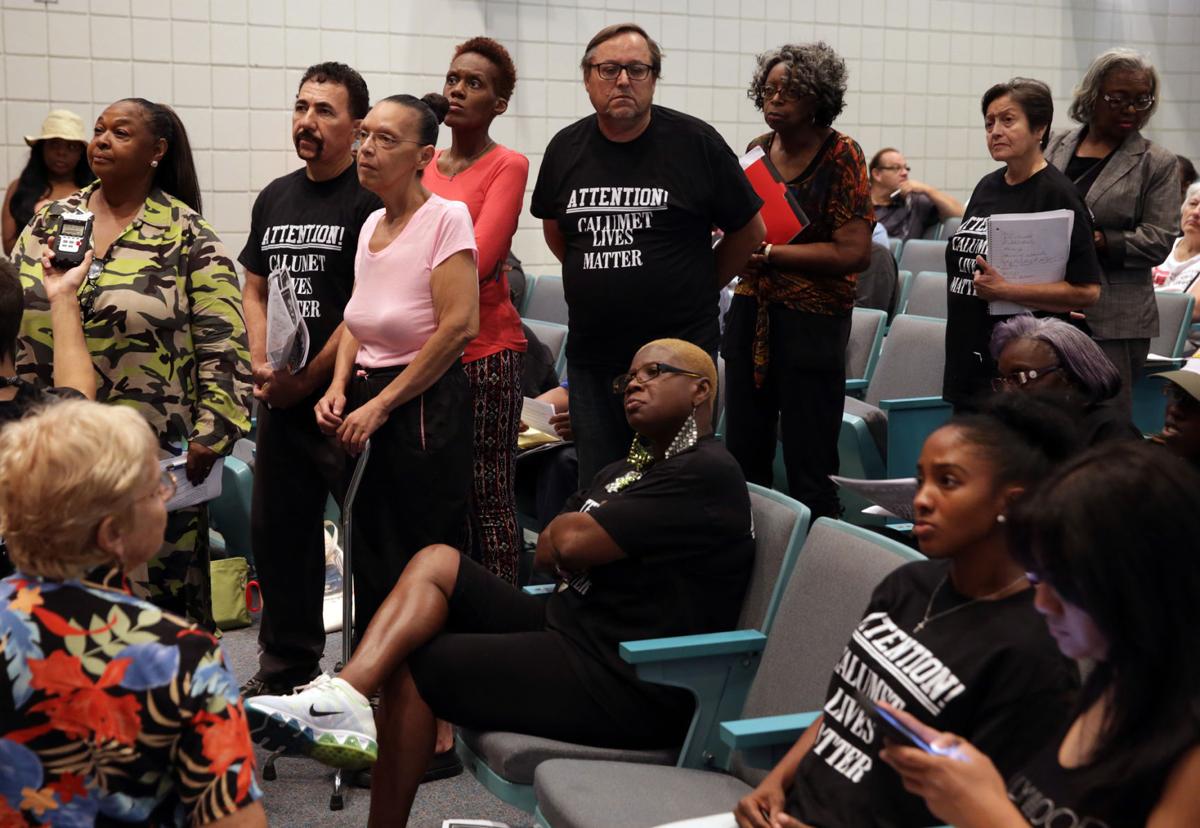 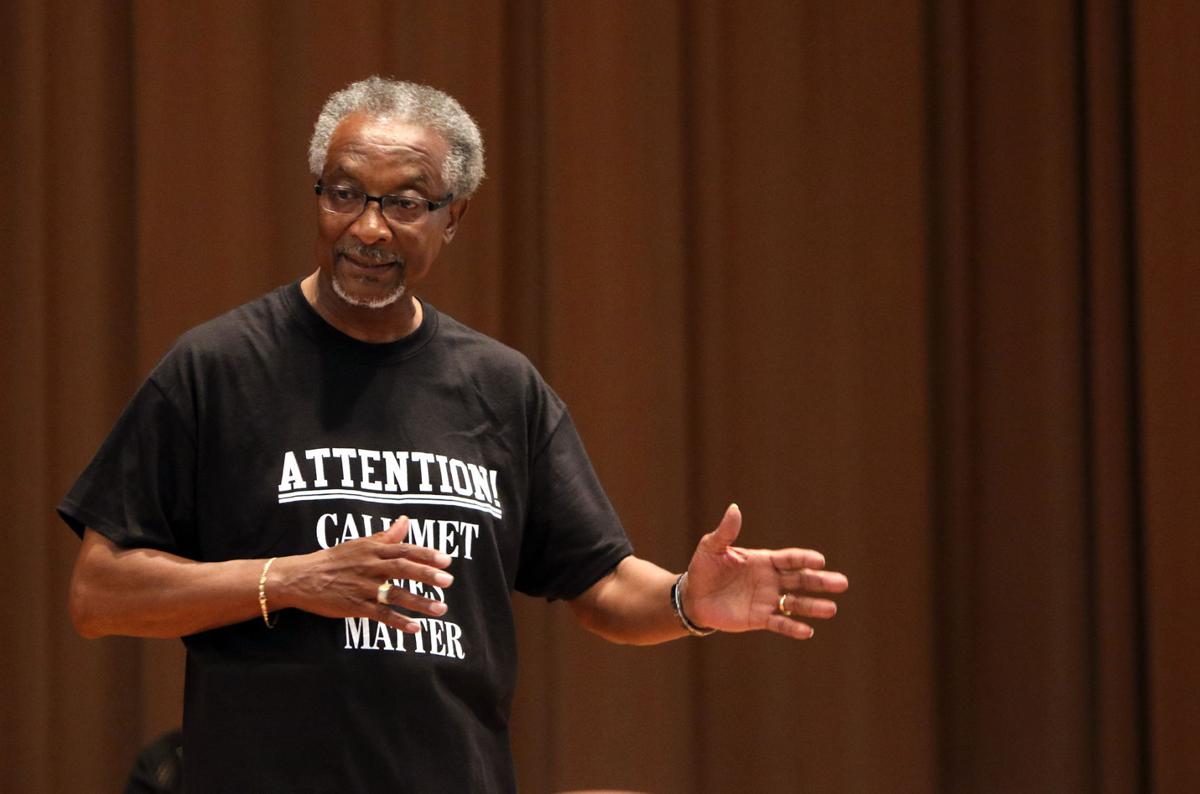 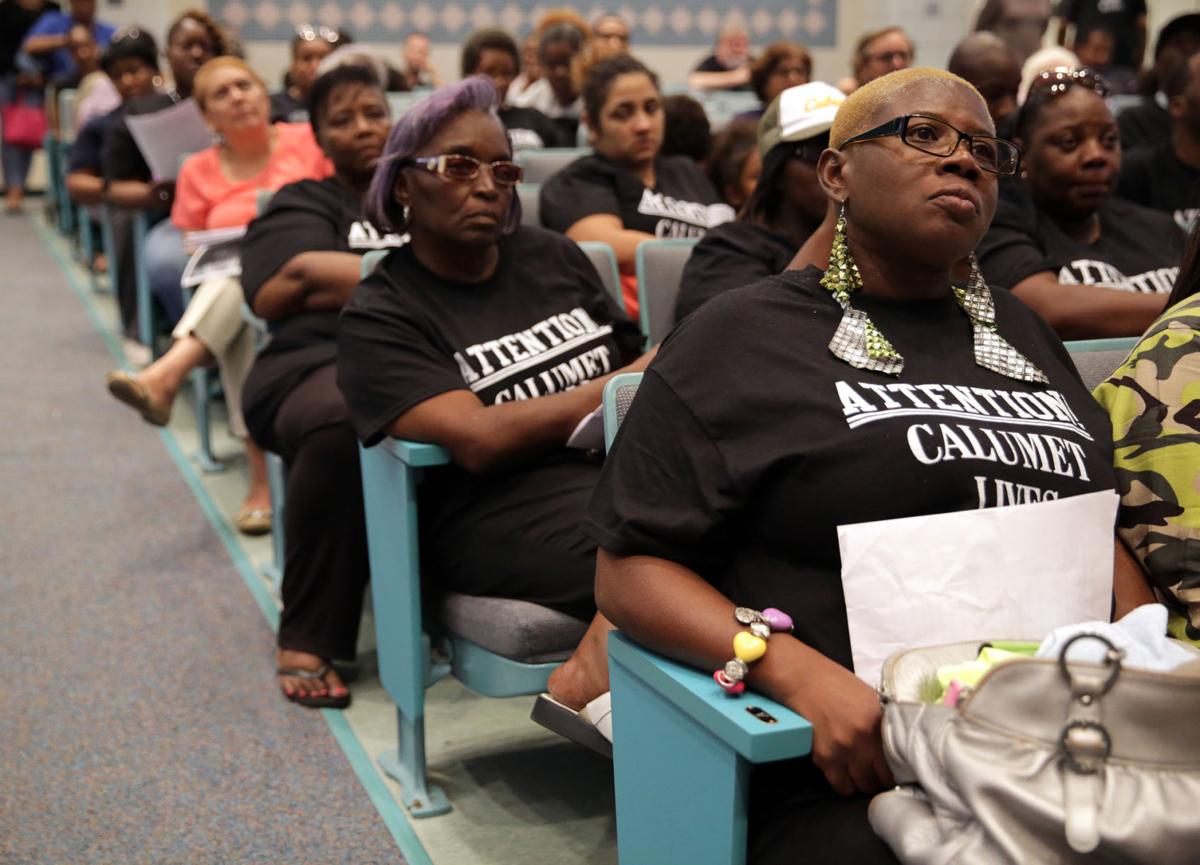 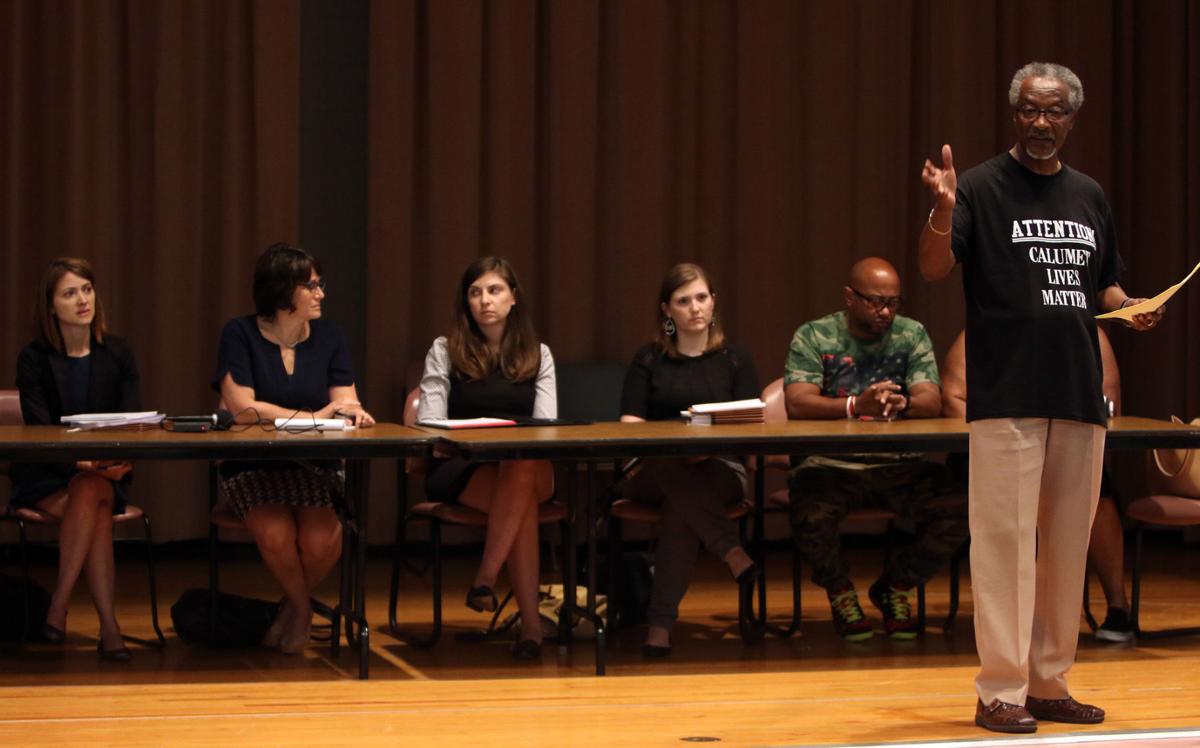 State Sen. Lonnie Randolph, right, and a panel of lawyers and community members speak to a group of West Calumet Housing Complex and Calumet neighborhood residents about their legal rights Saturday at Carrie Gosch Elementary School in East Chicago. 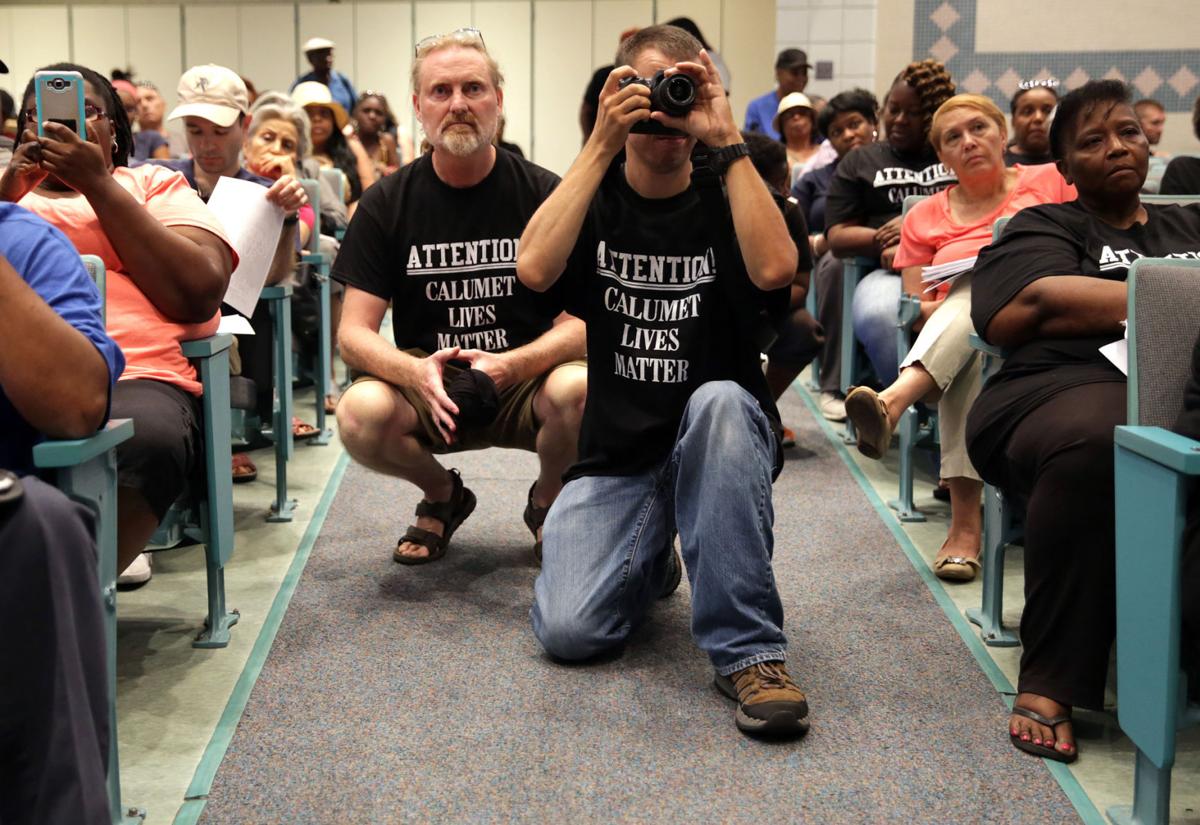 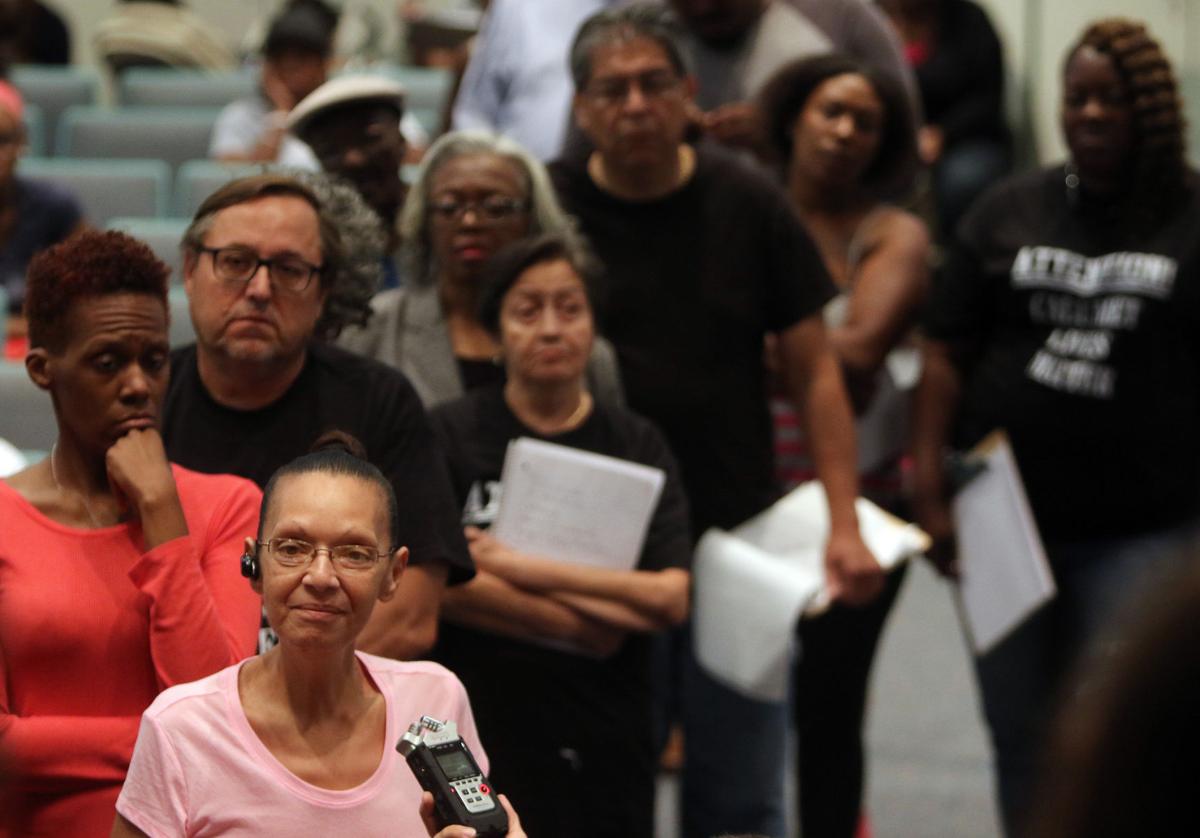 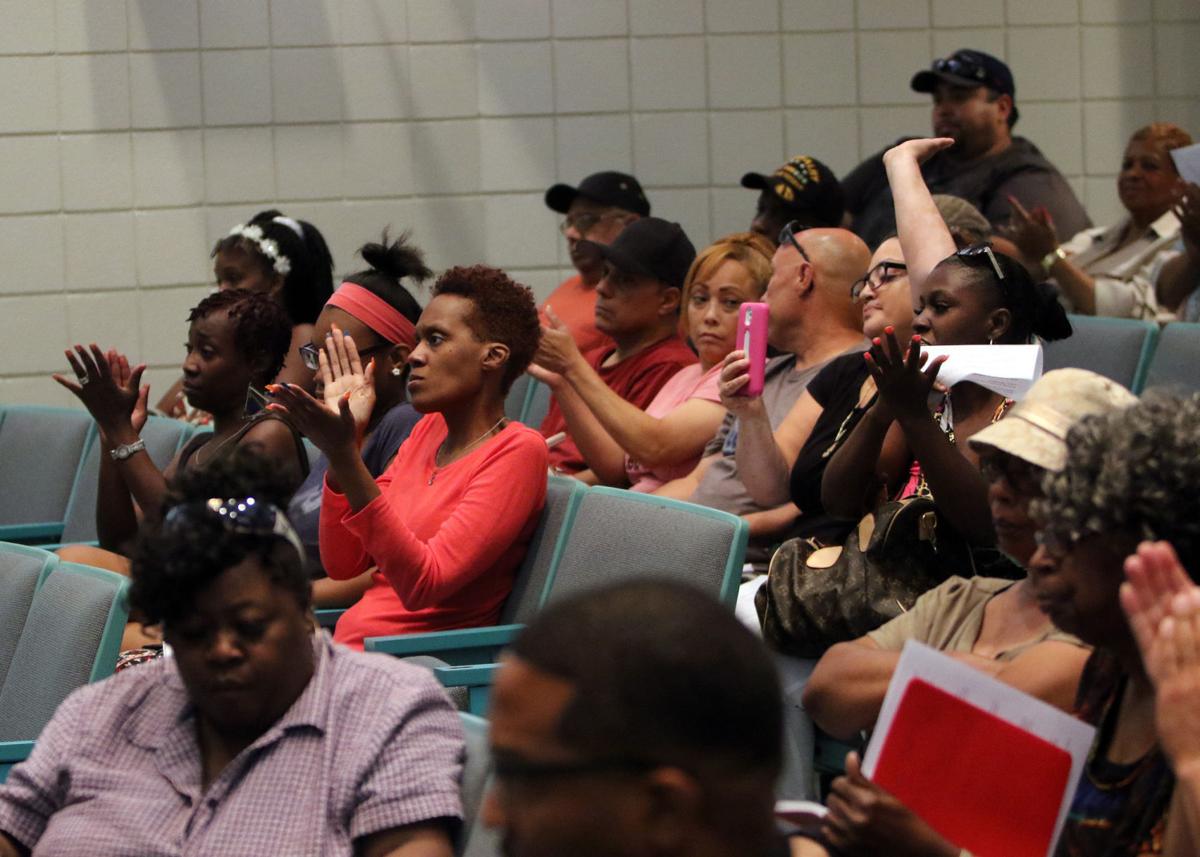 EAST CHICAGO —Environmental law and housing experts met with West Calumet residents Saturday to advise them of legal rights as they face relocation from the lead-contaminated public housing complex.

“We want to work with the families in this process of relocation. I’ve seen it go well. I’ve seen it go horribly … We want to provide our expertise to you for free,” said Katherine Walz, director of housing justice with the Chicago-based Sargent Shriver National Center on Poverty Law.

Residents learned from the U.S. Environmental Protection Agency earlier this summer the soil within the complex is highly contaminated with lead and arsenic toxins. In a separate letter, East Chicago Mayor Anthony Copeland advised it would be in residents’ best interest to leave.

Since that time, the city has been working with the U.S. Department of Housing and Urban Development to relocate residents with the use of tenant protection vouchers and possibly demolish the decades-old public housing complex.

Walz told a crowd of about 150 that the East Chicago Housing Authority is required to pay for “actual and reasonable” moving expenses, such as moving van rentals, relocation security deposits, transfer or hookup fees for landline phone and utilities, Walz said.

Vouchers can be used to move to any unit or single-family house that accepts the voucher and passes an inspection by the housing authority. That includes anywhere in the U.S.

“The other thing we have to fight for is a high rent (voucher amount), so that your vouchers are worth a lot in the private housing market. We’ve been trying to get information out of your housing authority as to how much they are going to give. We don’t have that information but we need to demand it,” Walz said.

Amid rumors of residents going on a rent strike, Walz told the crowd that while she believes it “unfair” and “immoral,” residents must continue paying rent to ECHA to qualify for relocation vouchers.

“Over the last week or so, I’ve heard many people say ‘Why do I have to continue to pay rent? I’m living in housing that is poisoning me and my children,’” she said. “And you have every right to feel that way … But here’s the thing. Federal law says you have to keep paying rent.”

The complex and Carrie Gosch Elementary School occupy the first of three zones within a Superfund site that the EPA has targeted for cleanup.

In fall 2014, federal officials reached a settlement with Atlantic Richfield and DuPont for a $26 million cleanup of two of three zones within the neighborhood. Zone 1 — which covers the complex and school — is covered under the consent decree. The other zone covered under the agreement is Zone 3, which is located between the Elgin and Joliet Railway Line and Parrish Avenue.

Zone 2, which is not covered under the decree, is bounded by E. Chicago Avenue to the north, 151st Street to the south, McCook Avenue to the west, and Elgin-Joliet and Eastern Parkway to the east. It also includes a segment just north of Carrie Gosch Elementary School and west of McCook.

Debbie Chizewer, an attorney specializing in environmental advocacy issues with Northwestern’s Pritzker School of Law, turned her attention Saturday to families within other neighborhoods within the EPA’s Superfund site.

Chizewer said she was informed Friday by the EPA that the agency is “rapidly conducting” testing soil in the federal agency’s Zone 2.

“You may have seen the trailers and the work they are doing,” she said.

The EPA informed her that the agency tested 25 properties recently and will test appropriately 200 properties within Zone 2.

A member of the Gary-based Black Lives Matter organization and a representative from National Nurses United also were present.

*This story has been changed.

EAST CHICAGO — In a letter to the head of the U.S. Department of Housing & Urban Development, a Chicago-based nonprofit representing a gro…

For most of the summer, we've seen a barrage of information released by federal and local government officials regarding alarming lead levels …

EAST CHICAGO — Lead problems in the West Calumet Housing Complex are creating havoc for the School City of East Chicago, affecting the finance…

EAST CHICAGO — The U.S. Department of Urban Housing and Development is leaving “no stone unturned” in search of more dollars to move residents…

EAST CHICAGO — The majority of properties in the West Calumet Housing Complex registered lead concentrations in the soil exceeding 1,200 parts…

A Merrillville-based attorney said Tuesday he put East Chicago, its housing authority and its health department on notice that he intends to f…

EAST CHICAGO — The School Board will meet at 2:30 p.m. today to discuss relocating students from Carrie Gosch Elementary School, the district …

State Sen. Lonnie Randolph, right, and a panel of lawyers and community members speak to a group of West Calumet Housing Complex and Calumet neighborhood residents about their legal rights Saturday at Carrie Gosch Elementary School in East Chicago.