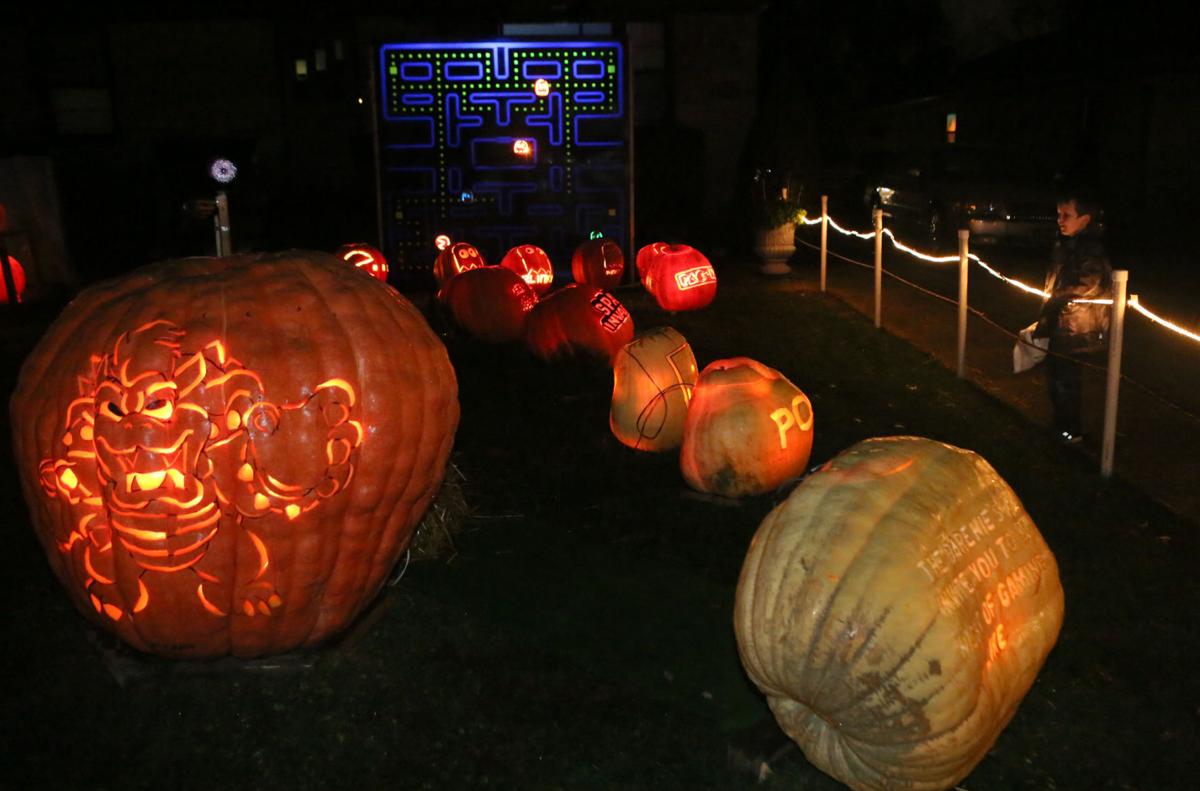 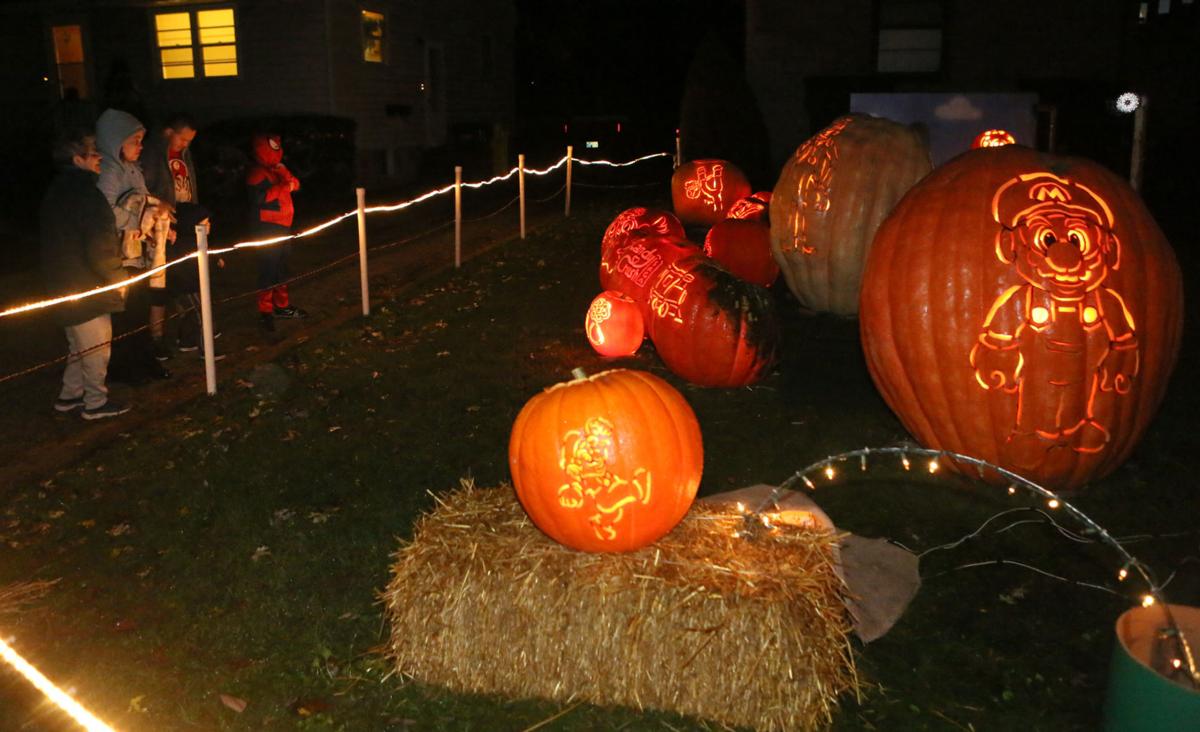 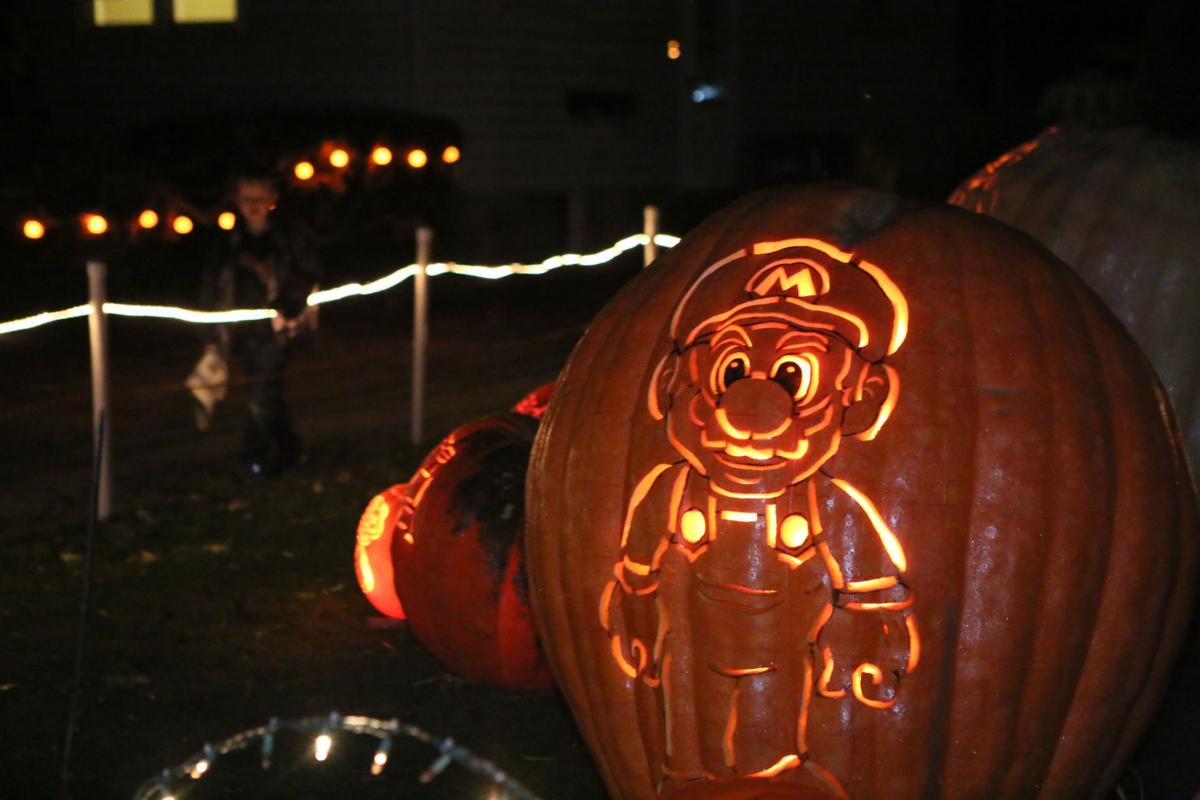 This year's Barenie family pumpkin display features video game-themed characters, including the Super Mario Brothers, at their home in Griffith. 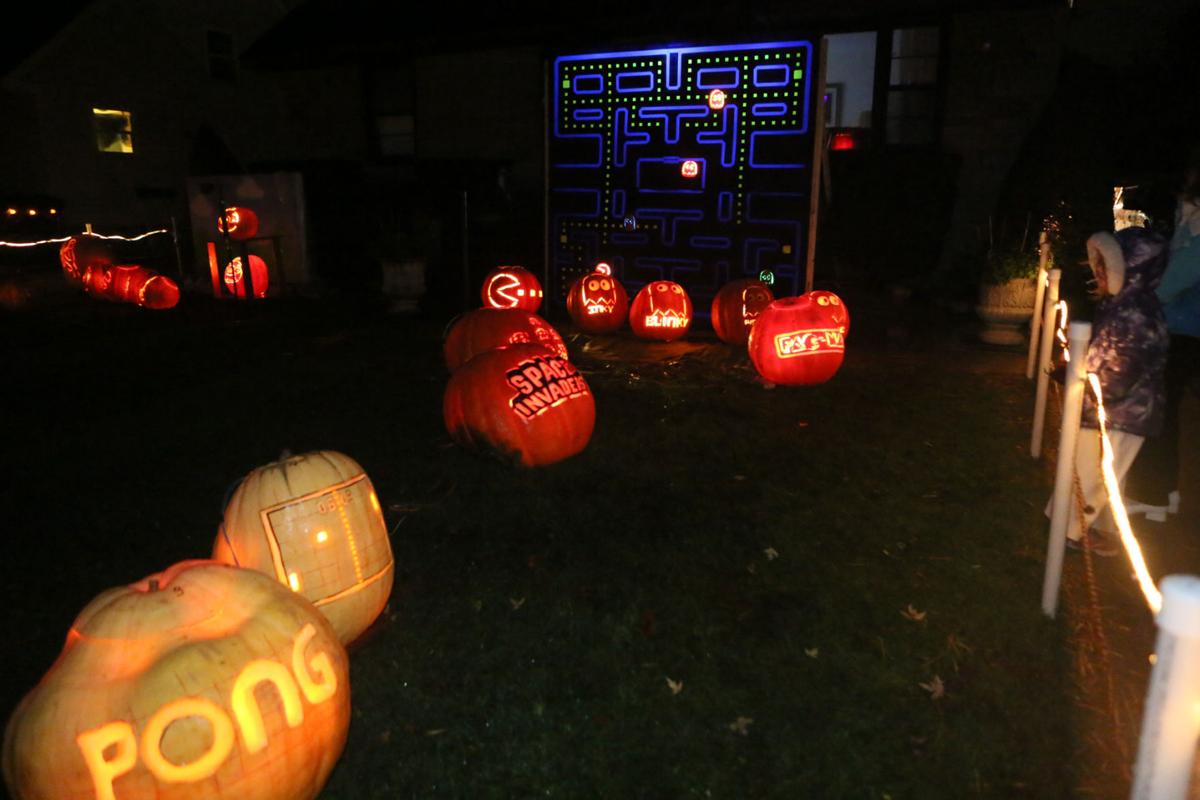 GRIFFITH | It's a Halloween tradition, the giant pumpkin display in the front yard of the Mervyn and Rita Barenie home at 917 E. Miller St.

Those familiar with the family's artistry know to expect some spectacular carving on some equally spectacular-sized pumpkins. The only surprise is what the year's theme is.

Since 1999, they've turned their pumpkin-growing hobby into a community Halloween tradition and fashioned scenes from "Frozen," "Flintstones" and "Cinderella."

This year's masterpiece is dedicated to "Video Games."

The display opened Thursday night and runs until a few days after Halloween, John Barenie said.

"The life of a pumpkin is so short," he said.

After the display is over, the pumpkins are broken down into a compost pile.

This year's Barenie family pumpkin display features video game-themed characters, including the Super Mario Brothers, at their home in Griffith.