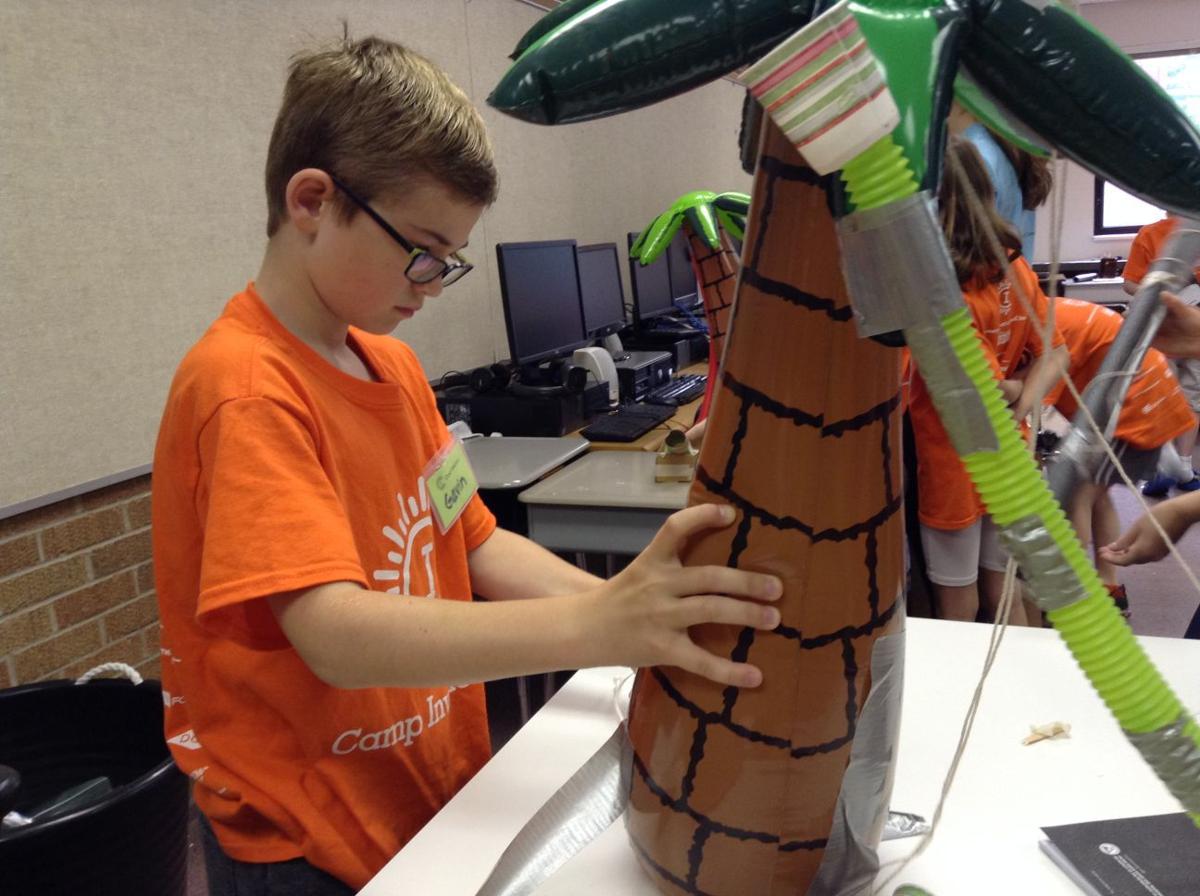 Third-grader Gavin Babusiak works on an island he and another group of students created at Camp Invention at Kolling Elementary School in St. John. 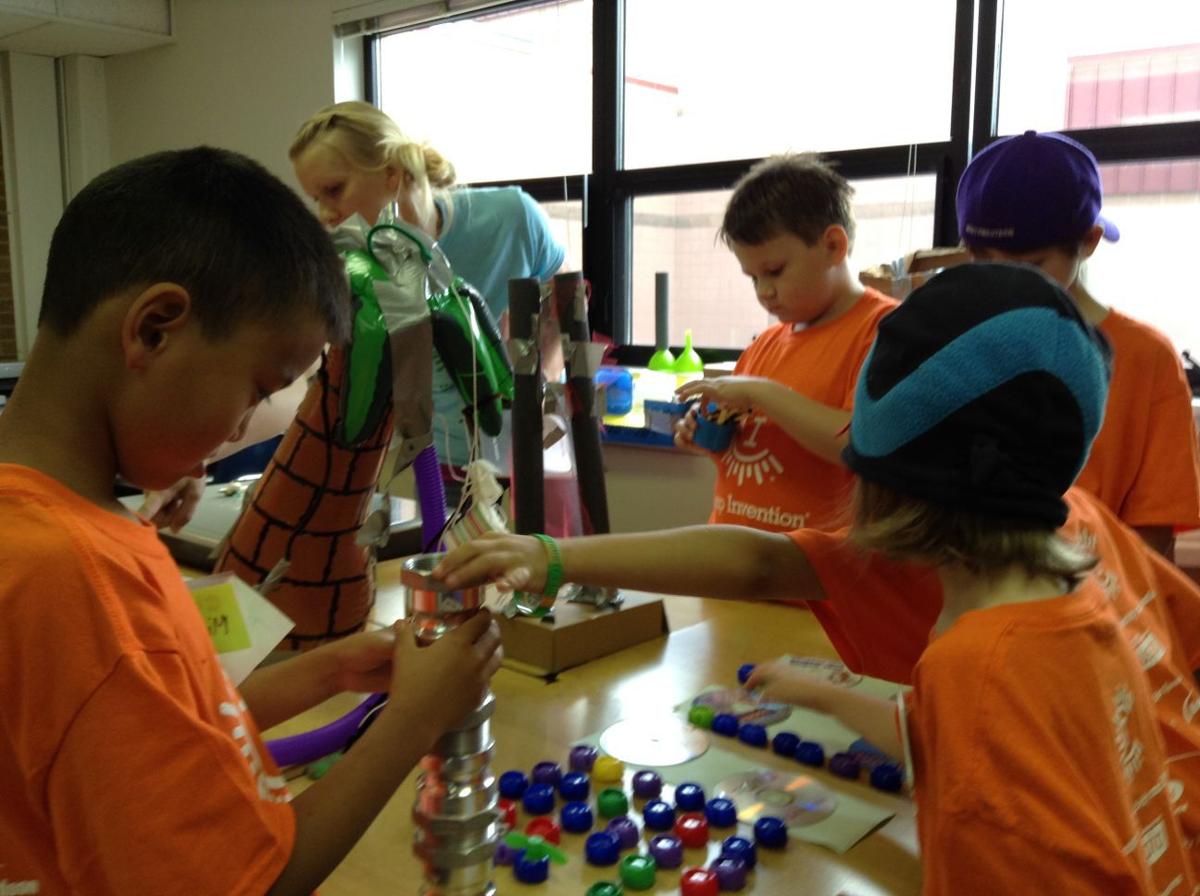 A group of third-graders work on their "island creation" at Kolling Elementary School in St. John. The students participated in the weeklong Camp Invention. 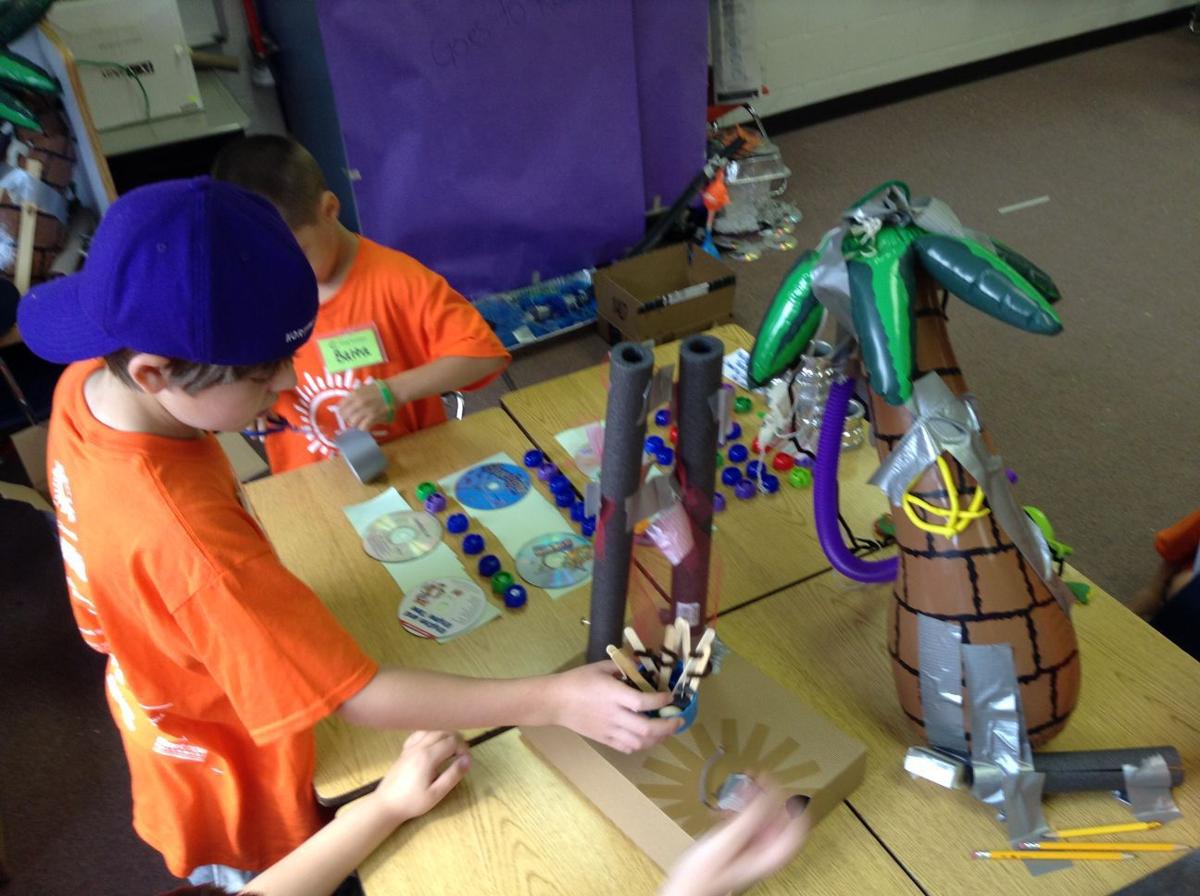 Youngsters create their own island at Camp Invention at Kolling Elementary School in St. John. 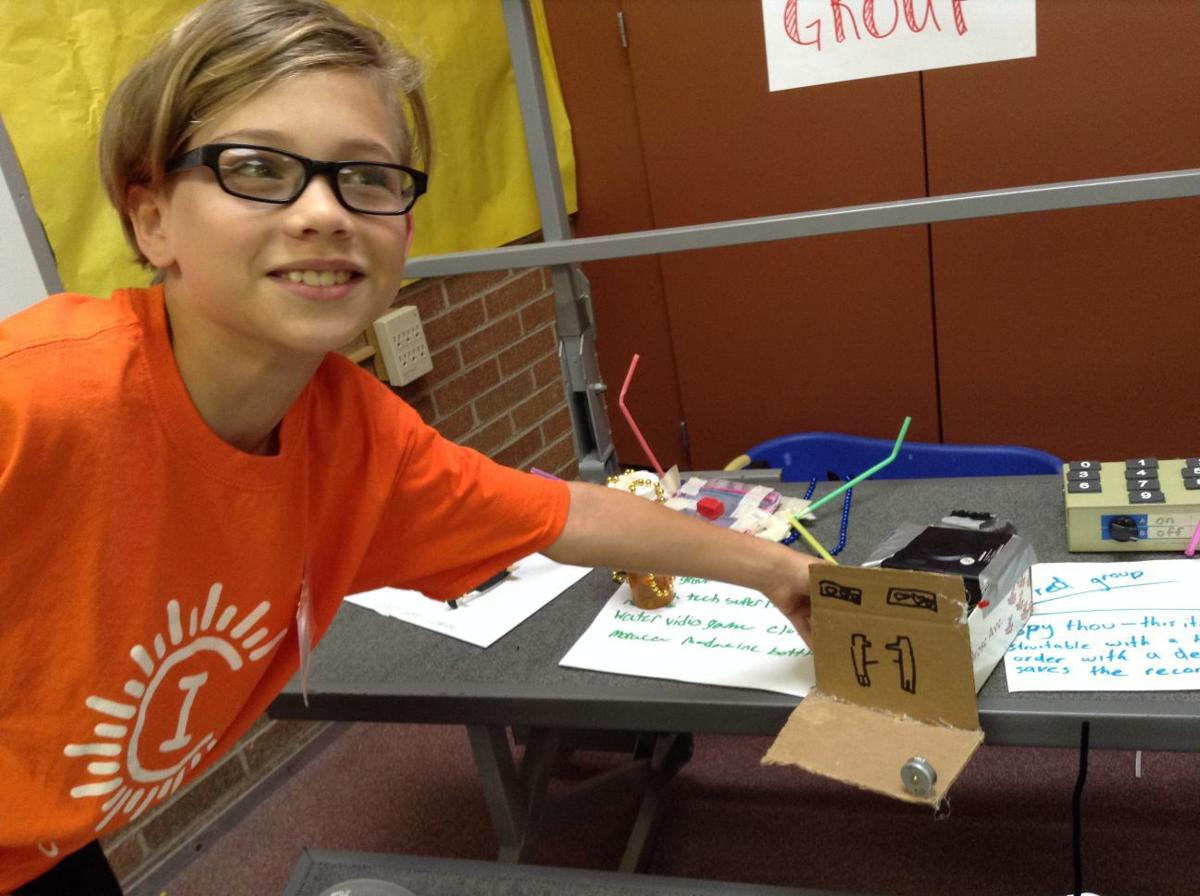 Fifth-grader Landri Drude puts her projector for holographic video games back on the shelf during the last day of Camp Invention at Kolling Elementary School.

ST. JOHN — Have an idea for an invention? Build it before these kids do.

It's Camp Invention 2016, and the youngsters at Lake Central School Corp. have been involved in the program for five years. This year, students are creating their own island, video projection equipment and commercials to sell their products.

Directors said the heart of the program is the science, technology, engineering and math concentration that lets youngsters take their imagination in any direction.

Children had a chance to rotate through four different programs over the course of the day, working individually and in groups to modify an old idea or come up with a new invention.

Teacher Kristen Proffitt worked with students who will be in third grade this fall.

"Each group is creating an island," she said.

"They've been working on it all week. They will also create a commercial to sell their version of a set of islands like Hawaii. They've learned how to use levers and pulleys to pull up things like an elevator. They've learned the importance of distributing food on an island and making it green and eco-friendly. They are also creating a recreational center and games, and learning how people use commercials to attract buyers."

Third-grader Gavin Babusiak pointed out the water slide his group created and a platform made of Popsicle sticks.

Third-grader Abigail Grenchik said she had lots of fun with the project, and the group she worked with. "We all had lots of ideas. Some people wanted to do water slides. We all worked on it as a group. All of our ideas are in it," she said.

As part of "I can invent: Maker Studio," science teacher Susan Thomas said students brought in old machines and took pieces out of them to create a new invention. She said some made robots, others came up with the idea to do a "jellyfish helmet," a medical helmet for youngsters instead of enduring an MRI machine.

Landri Drude, who will be a fifth-grader this fall, used parts of a tape player, a pencil sharpener and a motor to make a projector for holographic video games. Last year, Drude won a national video contest and participated in the Inventors Hall of Fame Induction ceremony in Washington, D.C.

This year, Drude's focus on science and technology has landed her a spot in Made by Girls, a program at Digital Media Academy dedicated to empowering girls. She will attend a summer program at the University of Chicago.

Thomas said Camp Invention and programs like it are important because they encourage youngsters to think about STEM careers.

"They have so many ideas in their heads and they like to take things apart and see how they work," she said. "Our inventions and ideas of the future won't work if kids this age don't get a chance to creatively work on these ideas."

At a young age, girls learn the Girl Scout pledge, which is “On my honor, I will try: to serve God and my country, to help people at all times…

Nine years ago, Landri Drude was born at 3.5 pounds with respiratory issues, and doctors warned her parents, Andrew and Alana, that she may ex…

Third-grader Gavin Babusiak works on an island he and another group of students created at Camp Invention at Kolling Elementary School in St. John.

A group of third-graders work on their "island creation" at Kolling Elementary School in St. John. The students participated in the weeklong Camp Invention.

Youngsters create their own island at Camp Invention at Kolling Elementary School in St. John.

Fifth-grader Landri Drude puts her projector for holographic video games back on the shelf during the last day of Camp Invention at Kolling Elementary School.