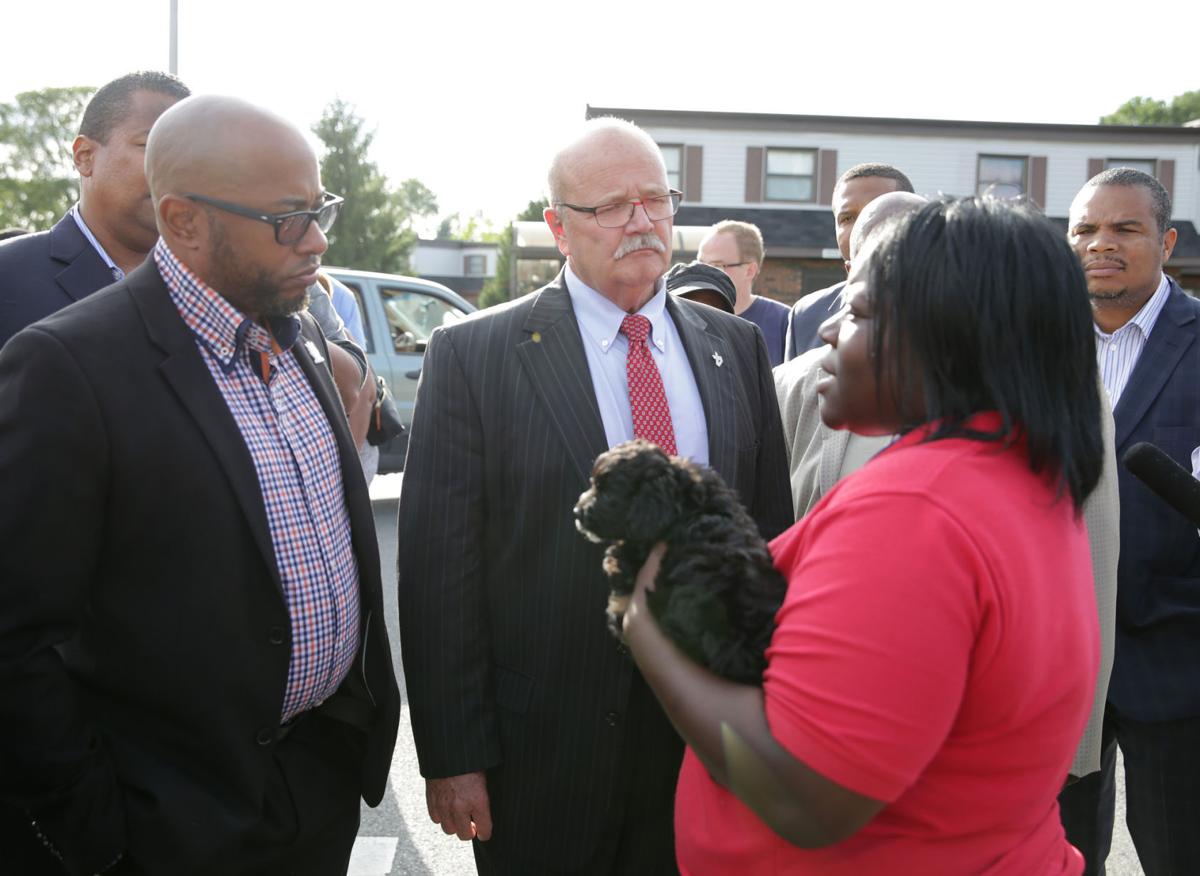 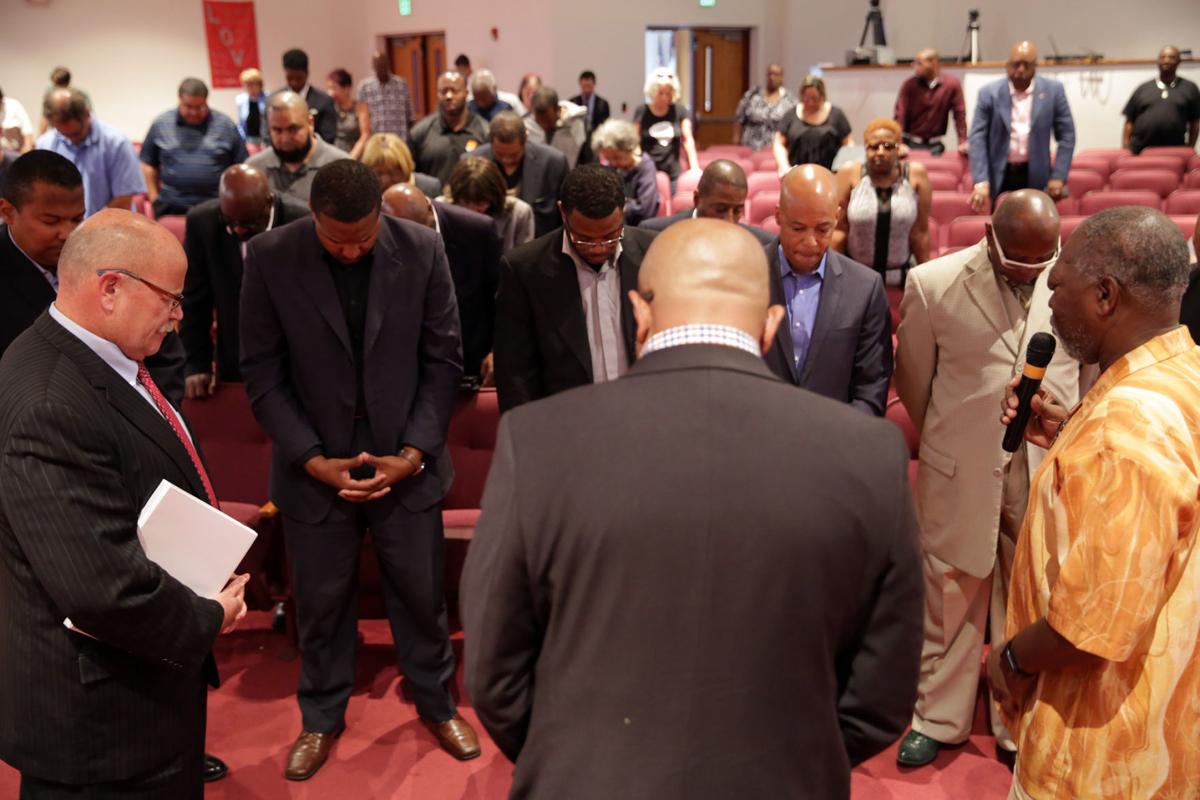 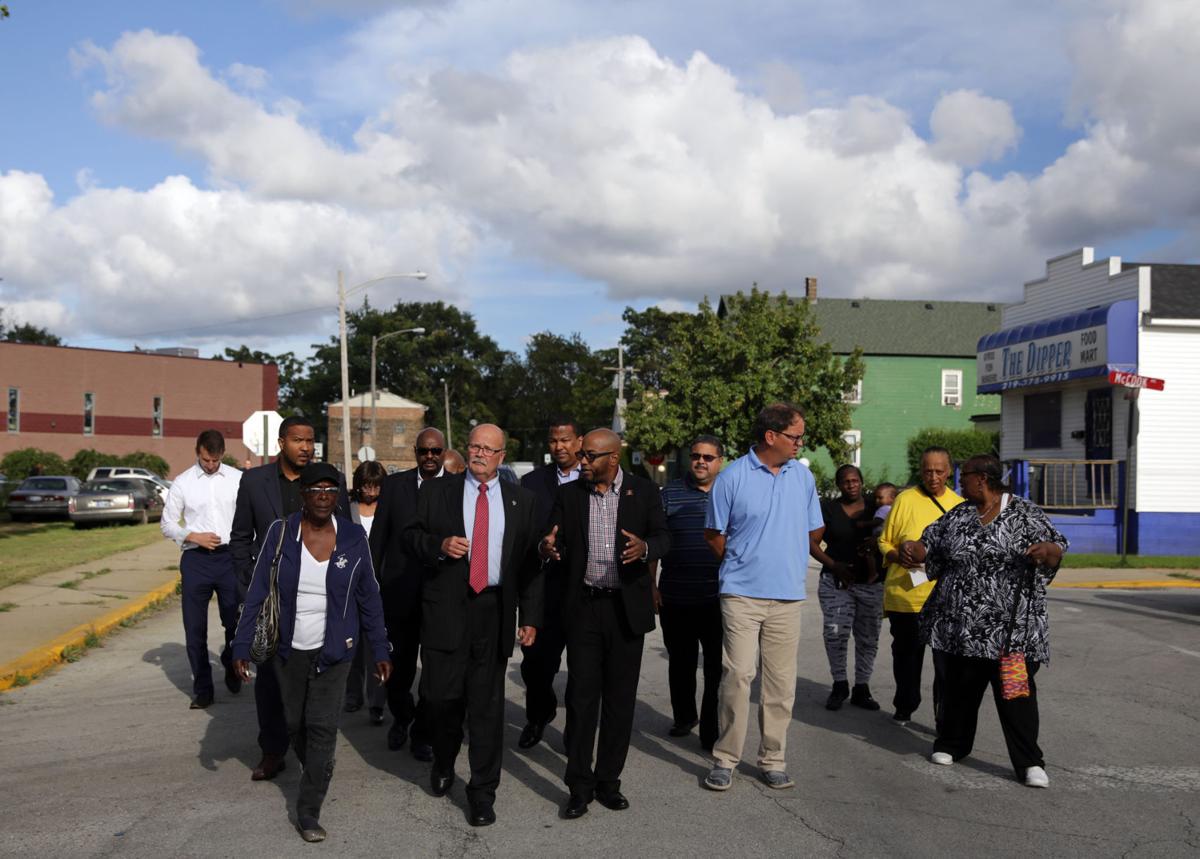 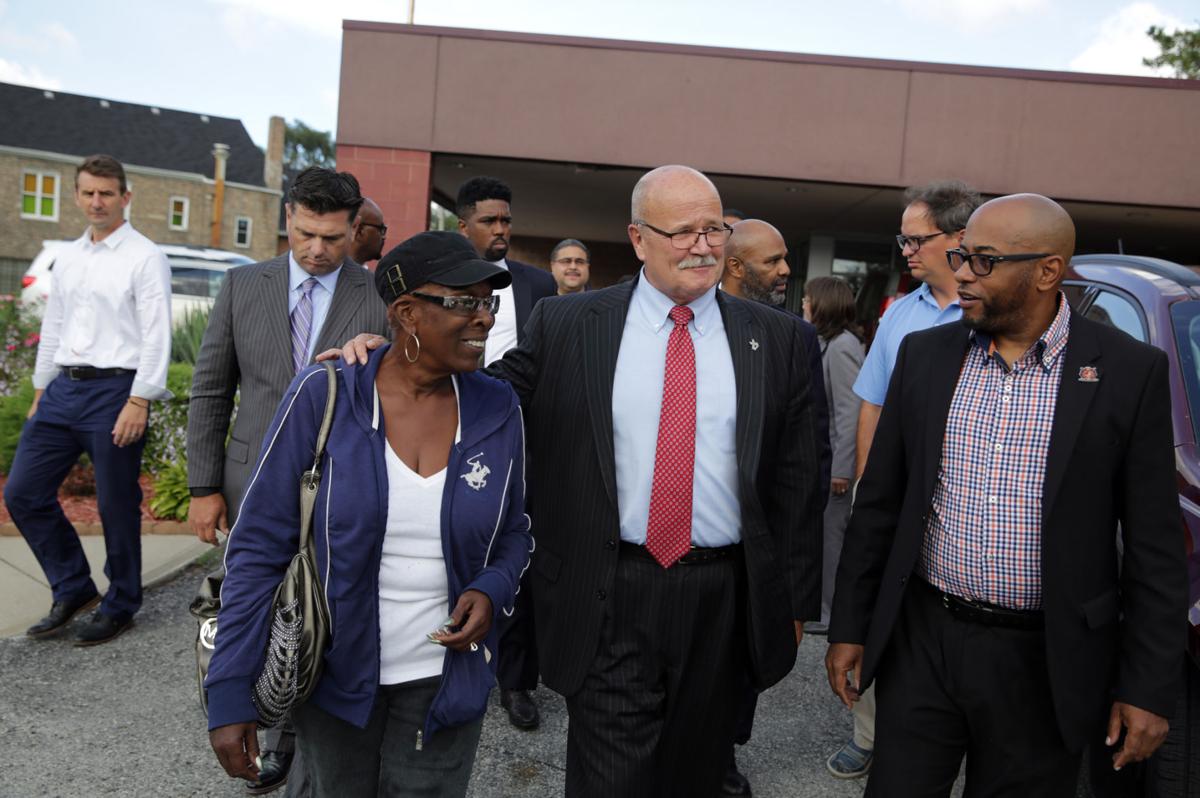 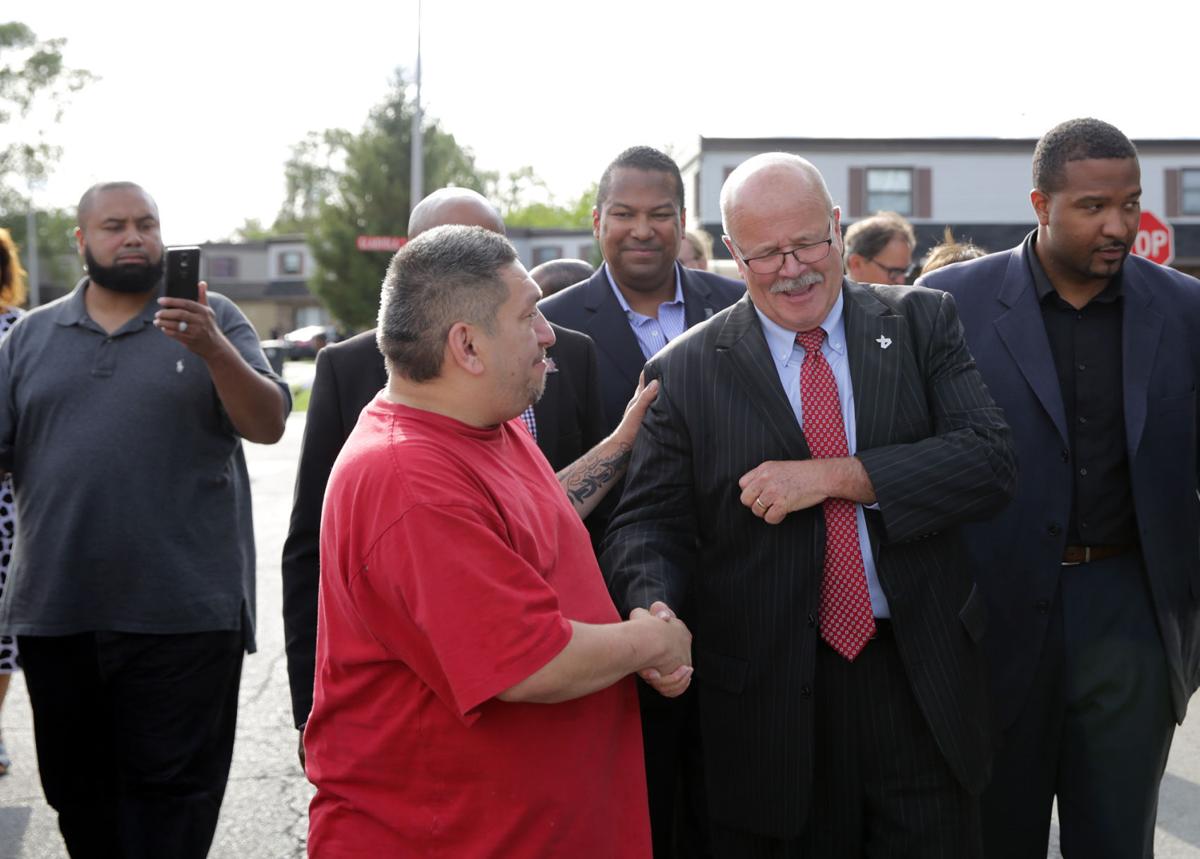 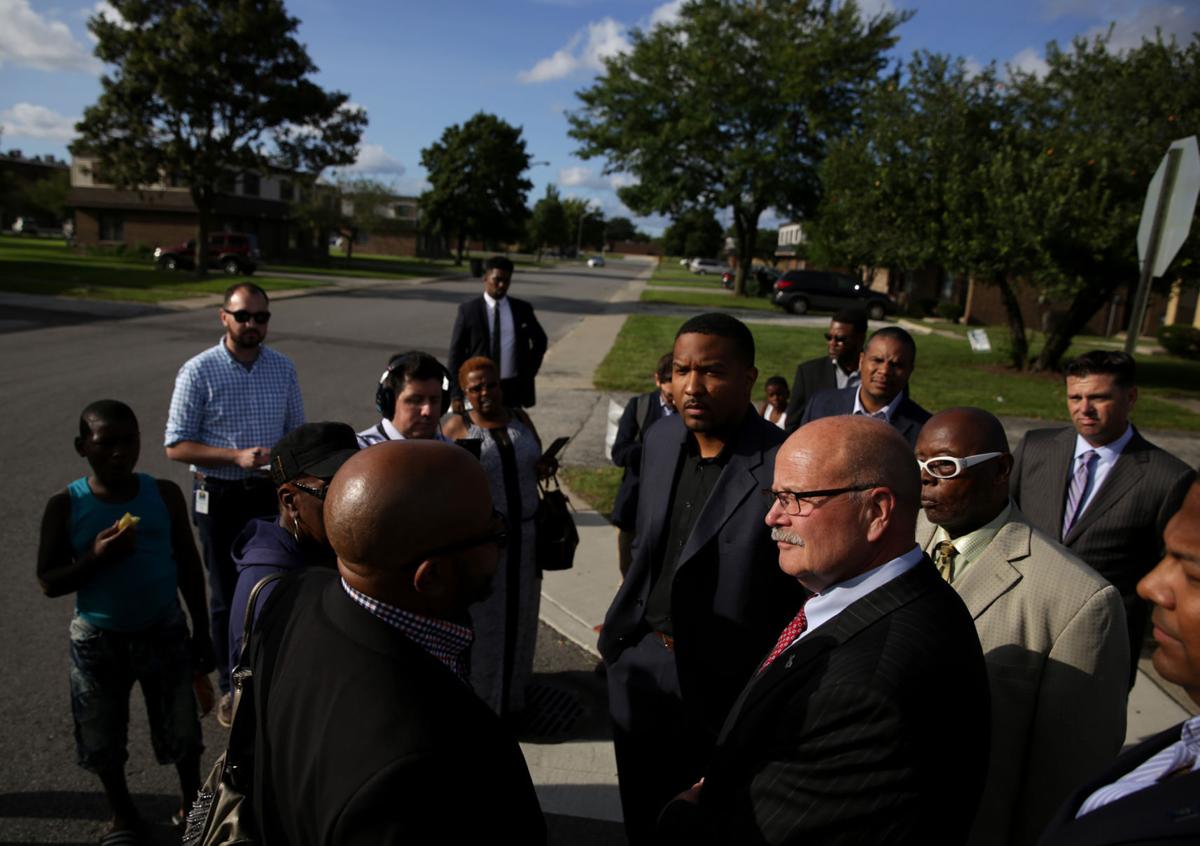 EAST CHICAGO — Six weeks after first submitting an application to the U.S. Department of Housing and Urban Development to tear down the West Calumet Housing Complex, the East Chicago Housing Authority is still crafting a plan to relocate more than 1,000 residents.

In a housing discrimination complaint filed this week with HUD, the Chicago-based Sargent Shriver National Center on Poverty Law alleges the East Chicago agency is not in compliance with obligations under federal law to safely relocate residents. The complaint was filed on behalf of six West Calumet residents and a coalition of concerned citizens.

Residents have reported in recent weeks that ECHA staff would not commit to covering security deposits, providing moving expenses or assist in the search for new housing. Absent a plan, residents will “continue to receive incomplete, confusing and legally inaccurate information” on relocation rights, according to the complaint.

Part of ECHA’s obligation, upon submitting its application to HUD in July, was to describe in a written plan what rights displaced residents have and what services will be offered to relocating residents, according to the nonprofit’s complaint. The plan must be approved before the start of relocation and must also receive concurrence with HUD’s Office of Fair Housing and Equal Opportunity, the complaint continues.

“More than 45 years after the construction of the West Calumet complex on the grounds of a former lead plant, ECHA is now proposing to quickly demolish the development and relocate the residents,” the complaint states. “The process is so chaotic and unscripted that ECHA’s actions may virtually guarantee that the West Calumet residents will face terrible housing outcomes, including homelessness, loss of housing subsidies and residential segregation.”

“More importantly, if not conducted properly, these residents will become disconnected from networks available to address their potential long-term health and educational needs as a result of the lead poisoning,” the complaint continues.

The public housing complex sits at the west end of the city’s Calumet neighborhood, which is part of an EPA Superfund site established in 2009. A copper smelter, lead refinery and secondary lead smelter operated there from 1906 to 1985, according to the EPA. It’s long been known the soil within the Calumet neighborhood is contaminated, but public housing residents were not expecting to have to leave their homes during remediation.

James Cunningham, deputy regional administrator for HUD, said while he could not comment on the Shriver’s Center complaint, HUD now has housing counseling specialists in East Chicago to discuss housing options, individual needs and moving schedules with residents. Counselors were on hand at an open house Tuesday night at Carrie Gosch Elementary School and will remain on site for some time.

“The process is going to catch up with itself. The people who got the vouchers first probably had less information than we’re giving now,” Cunningham said.

Residents’ safety is the No. 1 priority, he said.

“When they submitted (the application), because of the health and safety risk to residents, we were able to say we can issue vouchers ahead of the actual approval of the application,” Cunningham said. “Because we are so dead set on getting residents the help they need, the process is just now catching up with it.”

The Times of Northwest Indiana, beginning Aug. 17, requested a copy of the local agency’s relocation plan to its attorney and executive director. Repeated requests went unanswered.

On Tuesday, the city’s attorney, Carla Morgan, said the plan does not exist, but that HUD and the ECHA is working together to write a plan. Morgan said city officials are “doing the best job possible” given the circumstances.

“We are moving as fast as we can with respect to people’s rights, and their health and safety,” she said. A relocation plan is expected to be completed “any day now,” she said.

Days after community leaders and residents criticized Gov. Mike Pence for his absence in East Chicago since news first broke of the crisis this summer, Democratic candidate for governor John Gregg paid a visit on Wednesday. He first met with Calumet neighbor residents and then toured the neighborhood.

“I’m not in office. I don’t have a magic wand. I can’t promise anything. But I can tell you I’m here today ... I want to listen. I want to learn,” he said. “I know this is a problem ... I’m sorry there haven’t been (elected officials) here before,” he said.

U.S. Sen. Joe Donnelly in a news release on Wednesday announced plans to visit the Calumet neighborhood on Friday.

Pence’s office in a statement last week said the governor directed his staff to provide financial assistance for the relocation of displaced families. A senior staff member visited the area last week.

EAST CHICAGO — Residents packed inside the Riley Park Recreational Center on Saturday, eager to ask how the EPA plans to remove lead- and arse…

West Calumet residents in limbo over when, where to move

EAST CHICAGO — Weeks after being told they are living on top of toxic soil, West Calumet Housing Complex residents are learning more about the…