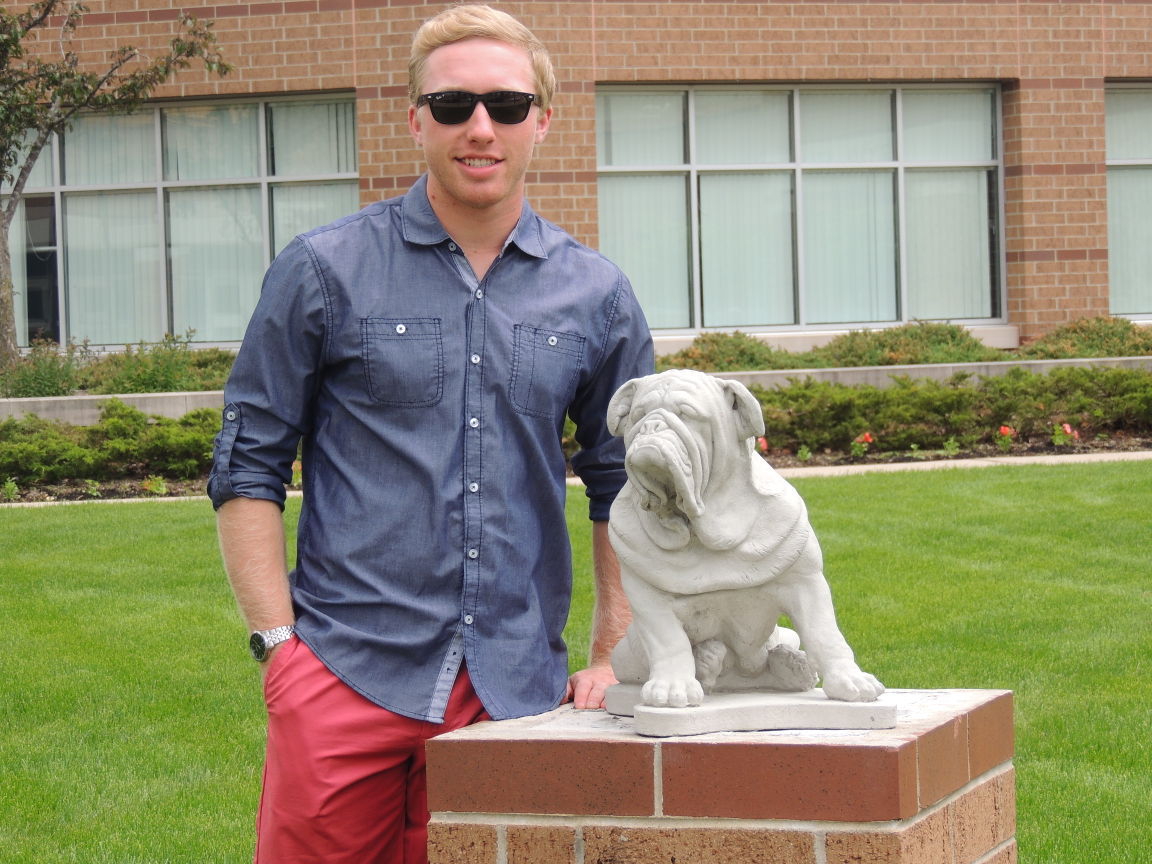 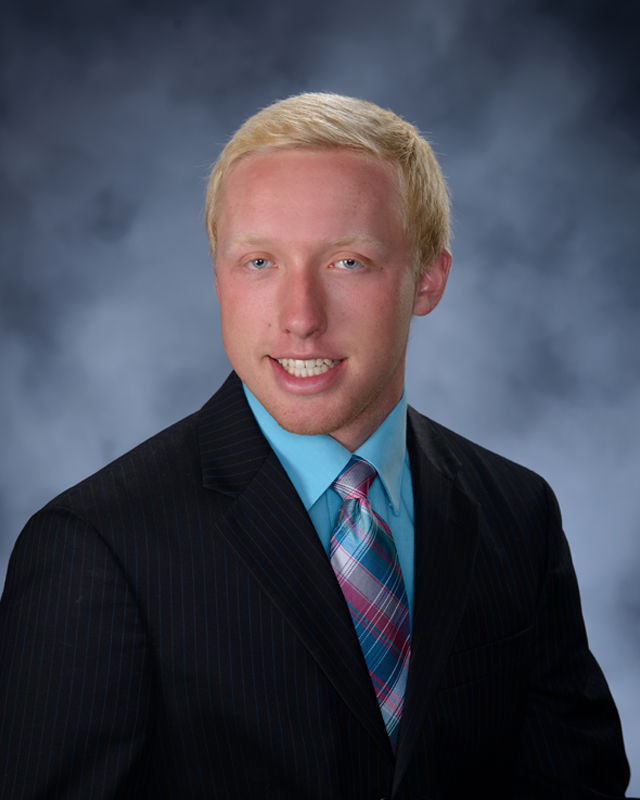 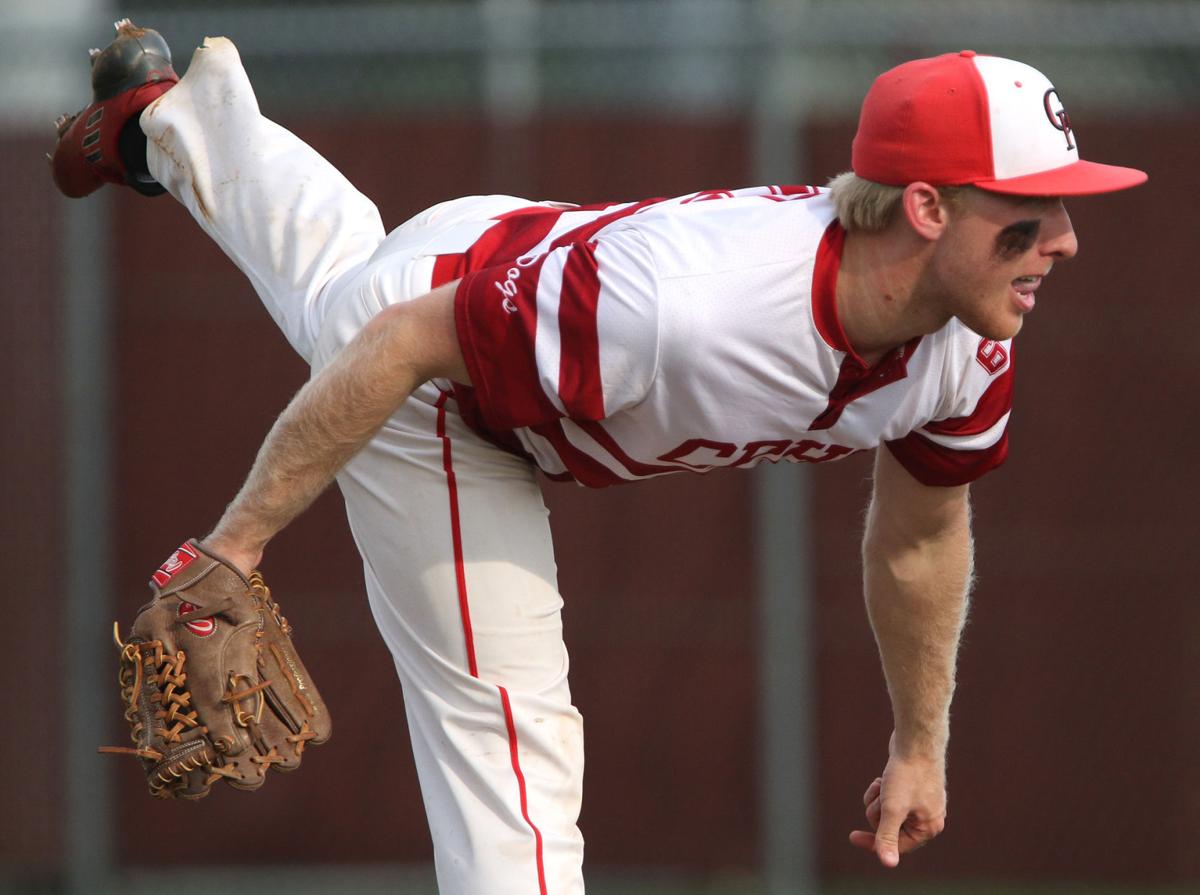 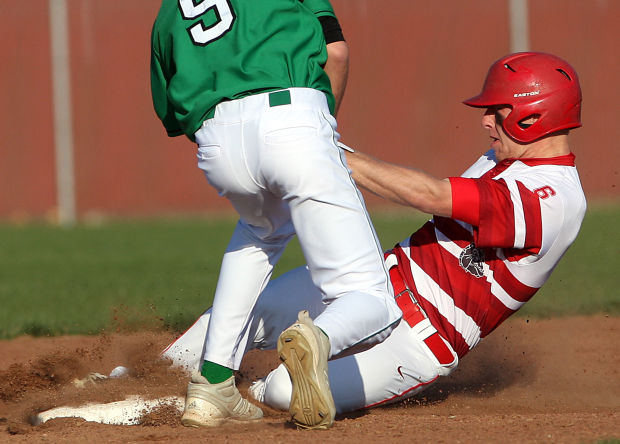 Crown Point's Jon Dietrich slides in safely at second base, beating the tag of Valparaiso's Ryan Wexelberg on Friday.

“My parents, Karen and Mike, have stressed to work hard and to put forth my best effort,” Dietrich said. “They always have encouraged me to be kind and helpful towards all my classmates.”

Dietrich said his proudest accomplishment is being the class valedictorian.

“I feel blessed with the abilities that I have, and I have made sure to put forth the effort to maintain top grades,” Dietrich said.

Crown Point Math Teacher Jason McGee describes Dietrich, his student last year in his AP calculus class, as “one of the most intelligent and most driven students that I have ever had.”

“This subject does not come easily to most people, however, Jon has consistently performed at an extremely high level at the top of his academically competitive class,” McGee said.

In addition to being highly intelligent and displaying strong analytical and organizational skills, McGee said Dietrich has a great personality and interacts well with his peers and teachers, and that he is always willing to help others.

Dietrich’s prowess extends to athletics. He plays cornerback on the varsity football team and is a pitcher and outfielder on the baseball team.

“Being a part of these teams has been a highlight for me in high school as I have met and been able to play with many of my close friends,” Dietrich said.

“I am very involved with my two varsity sports, which include many practices, games, and working out on my own,” Dietrich said. “I have taken many AP classes and always have homework. I love being social, and I have a great group of friends that I hang out with frequently. I also work at the local YMCA.”

Giving back to the community has also been a priority for Dietrich.

Dietrich chose to attend Indiana University this fall to major in biochemistry. He received two scholarships from the university, one from the admissions office and one from the honors’ college. He also received the Jim and Betty Dye scholarship and the Karen Pruzin scholarship from the community.

“I am very thankful for all of these awards,” Dietrich said. “After IU, I plan on going to medical school. From my sports’ injuries that I’ve suffered, I have gained an interest and respect for the medical field and I believe it could be a very rewarding career for me.”

Summer is Digital and Audience Engagement Editor at The Times. Her blog documents The Times’ and Gary Chamber of Commerce’s Community Civility Counts campaign. The idea is simple: Treat everyone with respect and dignity, even those you disagree with.

Two months ago, 15 region teachers came together from different schools for meetings at The Times Media Co. bureaus in Crown Point and Valparaiso.

Rising Stars of the Region

Slideshow: Rising Stars of the Region

Are you a rising star, or do you know someone who is? Please fill out a form and submit it to The Times. You can fill out the form online.

BOB HEISSE: Read about students who are Rising Stars

Rising Stars of the Region

Read stories, watch video and see pictures of the Rising Stars of the Region

Crown Point's Jon Dietrich slides in safely at second base, beating the tag of Valparaiso's Ryan Wexelberg on Friday.